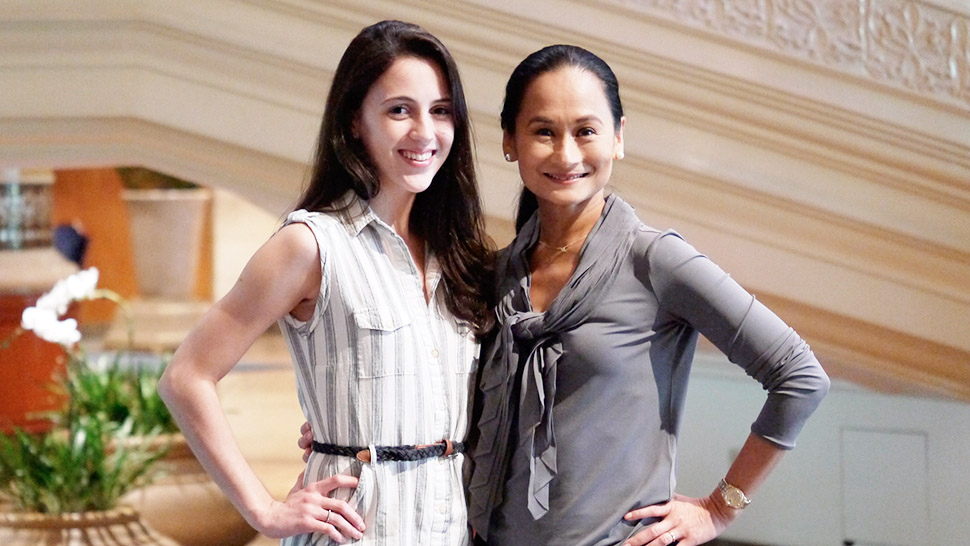 It was only last year, in June, when then 20-year-old Katherine Barkman found herself eliminated after round one of the 2017 Moscow International Ballet Competition. At the time, the young American dancer had thought it was the lowest point of her career, but her mentor, prima ballerina Lisa Macuja-Elizalde, convinced her that her best was yet to come.

“In dance, we have this movement called a plie, which is a transition movement which helps you jump,” Barkman explains. Ballet Manila artistic director and CEO Macuja-Elizalde believed that the loss in Moscow was to be her mentee’s biggest plie yet. “Eventually, you’ll understand why this had to happen,” she assured the young dancer.

Fast-forward to exactly a year later and Barkman, who was the youngest principal dancer at Ballet Manila at the age of 18, has just wrapped up back-to-back wins at the XXI USA International Ballet Competition (IBC) in Jackson, Mississippi, and the XXVII Varna International Ballet Competition in Bulgaria. She was awarded two silver medals in the women’s senior category for both IBCs. 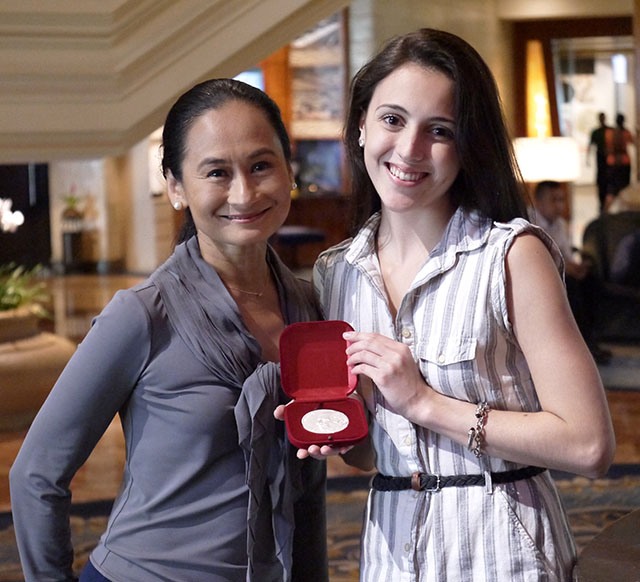 After the big blow she had experienced in Moscow, which she describes as traumatic as a car accident, Barkman found her footing again, thanks to Macuja-Elizalde and her dance partner Joseph Phillips.

Barkman, who had no professional dancing experience prior to joining Ballet Manila, trained with Nadia Pavlenko back in the States. Pavlenko, who had graduated from Vaganova Ballet Academy in St. Petersburg, which, serendipitously, is the alma mater of Macuja-Elizalde, advised her student to send out video applications to various ballet companies.

One of those videos made it to the Ballet Manila head, who wrote back to Barkman, saying, “If you love to dance and want to dance principal roles right away, come to the Philippines, come to Ballet Manila, and you will do so.”

Young, optimistic, and ambitious, Barkman agreed right away. She admits she didn’t know anything about the Philippines, but when she was offered a soloist role as Juliet in Romeo and Juliet, she was sold.

Barkman’s road to the USA IBC in Mississippi was set in motion when, three weeks after her big loss, acclaimed dancer Joseph Phillips, her partner in Swan Lake, invited her to join the competition. The challenge fueled Barkman’s fire once more, so she sought Macuja-Elizalde’s advice. Barkman surprisingly had her mentor’s full support. 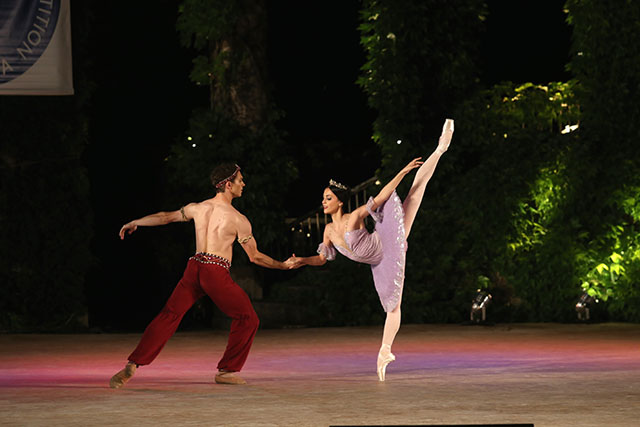 Macuja-Elizalde, the first non-Soviet to be invited to the Vaganova Ballet Academy and the first Filipina to enter the USA IBC in 1990, says she knew her mentee was ready when she saw Barkman onstage as Odette/Odille in Swan Lake.

The classical performance choreographed by Marius Petipa is something of a “baptism of fire” for all ballerinas. And for Barkman, whose style suited the pomp princess roles of Aurora or Giselle, nailing both White Swan and Black Swan characters impressed her teacher. 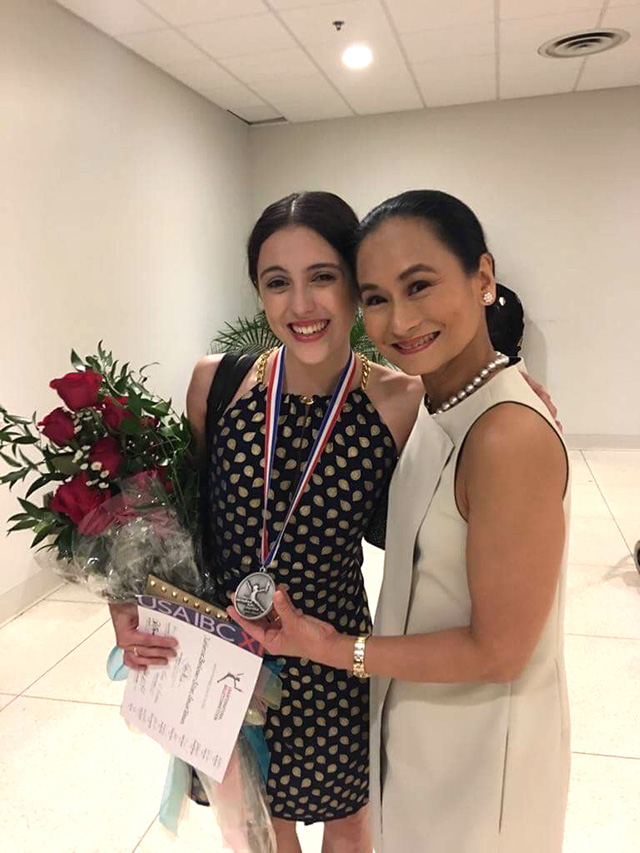 Katherine and Lisa at the USA International Ballet Competition in Jackson, Mississippi

After winning in Mississippi, Barkman was encouraged to enter the IBC in Varna immediately. Compared to the U.S., it was a whole new playing field. The outdoor theater meant the dancers would have to battle the elements, and it rained before Barkman was to present her piece. She had been scheduled for rehearsals at 3 a.m., she was running on no sleep, and she noticed her pointe shoe was soaked as they announced her name.

“I almost went down, but luckily, caught myself—it was the hardest performance ever,” she recalls.

By the time she and Phillips reached round three, Barkman was overflowing with confidence. “After dancing Le Corsaire at that hour, when everything had already gone wrong, I really didn’t have anything else to be afraid of because I had already faced everything and survived.” 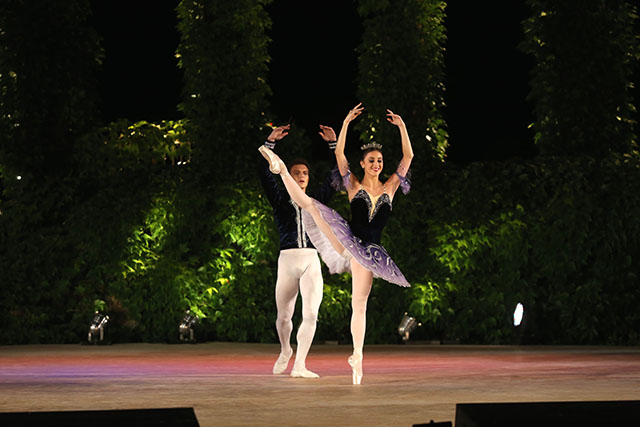 The winning combination of Barkman and Macuja- is a groundbreaking one. Ballet Manila’s Anjie Ureta, a long-time friend of Macuja-Elizalde’s, adds that the duo is unlike any other in the world: “It’s the first time a foreign ballerina has gone to a major competition with a Filipino and won both times.” Ureta says the judges at the competition were in complete awe when they saw Barkman’s rare technique, which was instilled by her coach in the Vaganova tradition.

Macuja-Elizalde, the recently retired prima ballerina, has years of experience under her belt, which have helped her developed an arsenal of tried-and-tested tricks to deal with any and every situation that might help her student. She says she would pick a solution from her deep pocket and try it out with Barkman. “It was easy for me to work with Katherine because she was very receptive and willing to try anything,” says Macuja-Elizalde.

As Barkman enters this new phase in her career, Ballet Manila is giving ballet fans ample opportunities to see this rising star in action. She’ll be front and center during the second leg of the Iconic series on September 8 and 9, which kicks off Ballet Manila’s 23rd season. Elsewhere, Barkman is a guest dancer in The Washington Ballet’s five-day season opener called TWB Welcomes, from September 26 to 30 at the Kennedy Center’s Eisenhower Theater.

Tickets to Iconic are available at Ticketworld.com.ph. 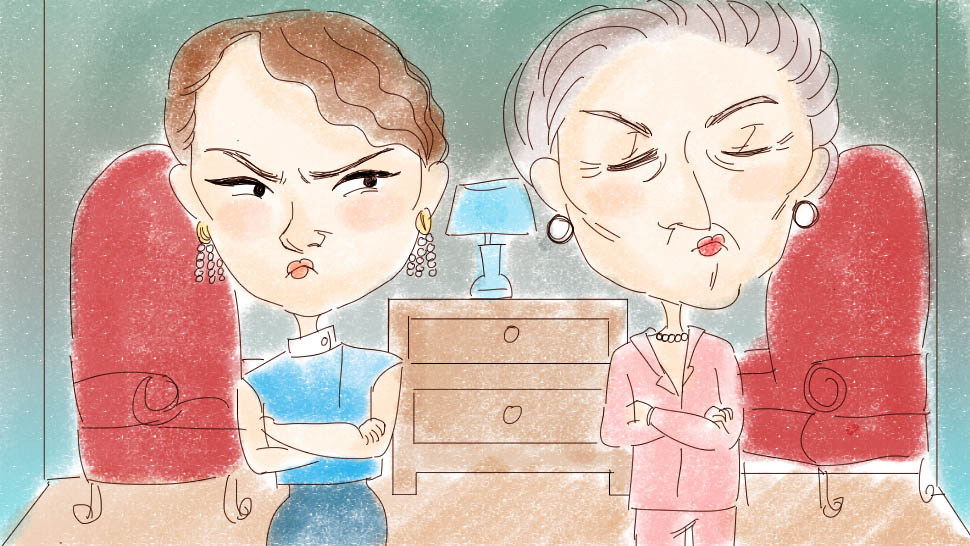 Generation Gap: What Rich People of Every Age Can Learn From Each Other 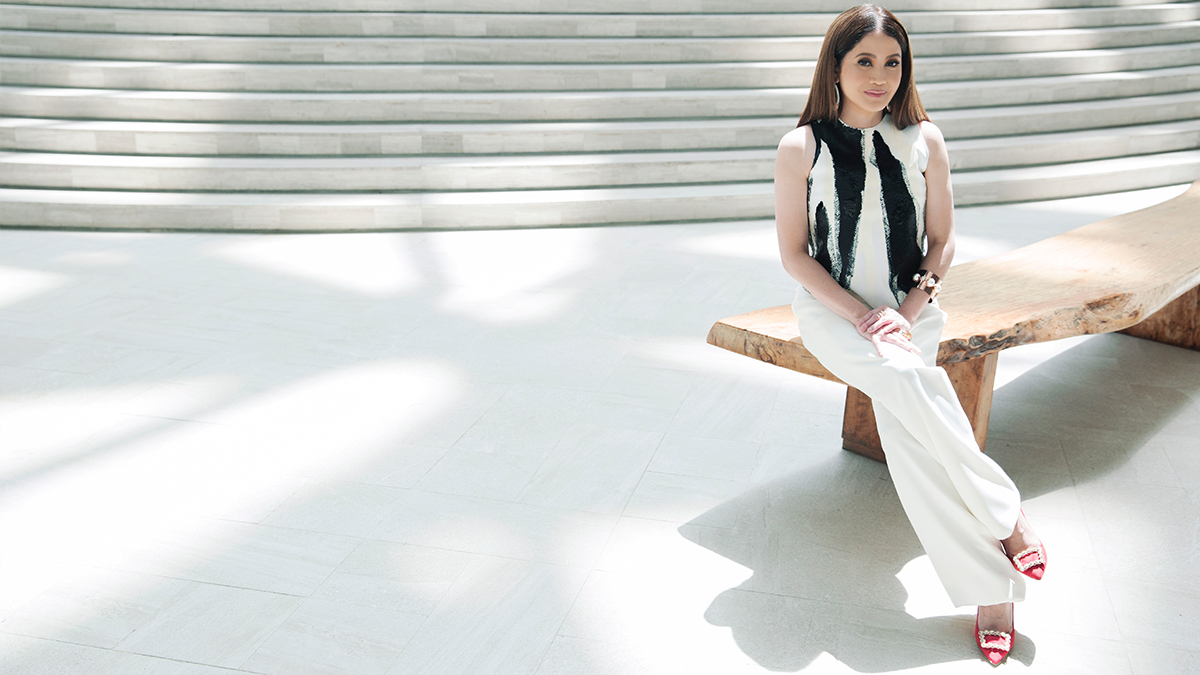