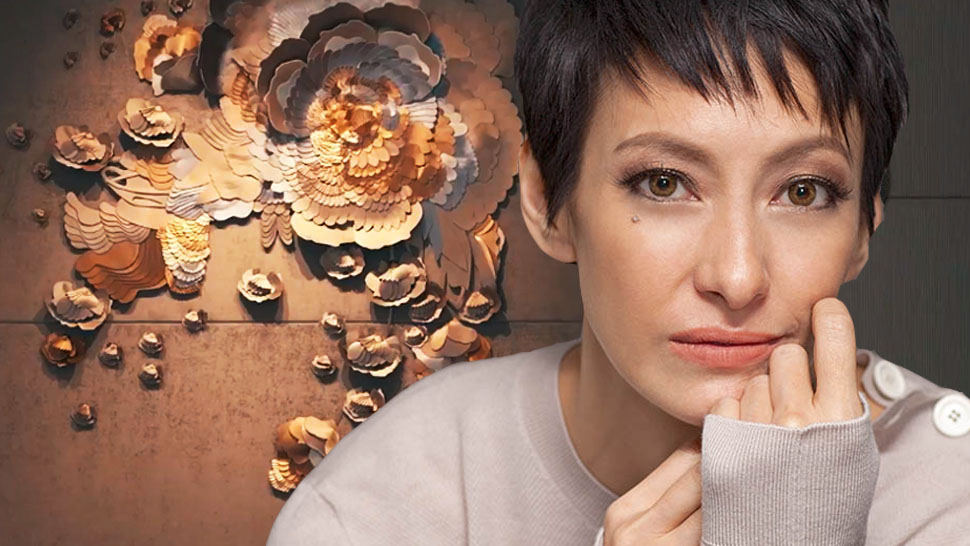 In November, Shangri-La Hotels and Resorts unveiled its latest property in Colombo, Sri Lanka. One of the most prominent hotel launches in Sri Lanka over the last three decades, the project offers uninterrupted views of the Indian Ocean in most of its 500 guestrooms and suites and 41 serviced apartments.

The hotel is elegantly done in contemporary Asian style and is accented by eye-catching art installations by Filipino designer Bea Valdes. 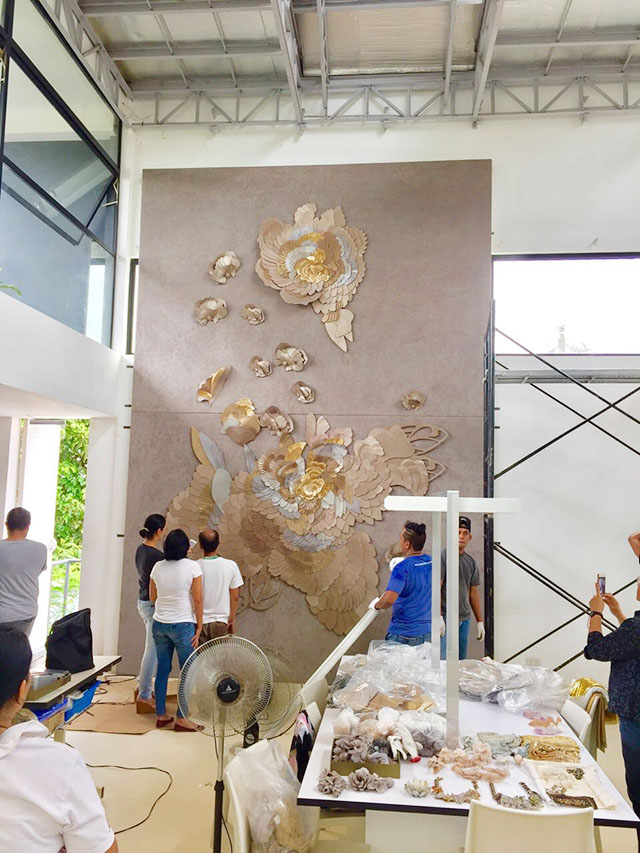 The designer had been previously commissioned by the Shangri-La Group to adorn the Shangri-La Hotel at The Fort. For that project, Valdes had worked with her sister, Marga Valdes-Trinidad, to create installations made with sequined fabric and flowers in shades of grey that sit the reception desk.

For Shangri-La Hotel, Colombo, Valdes’ pieces act as the centerpiece of the hotel’s ballroom, the largest hotel conference events facility in the region.

Valdes was selected for the Colombo property, in part, through a friend. 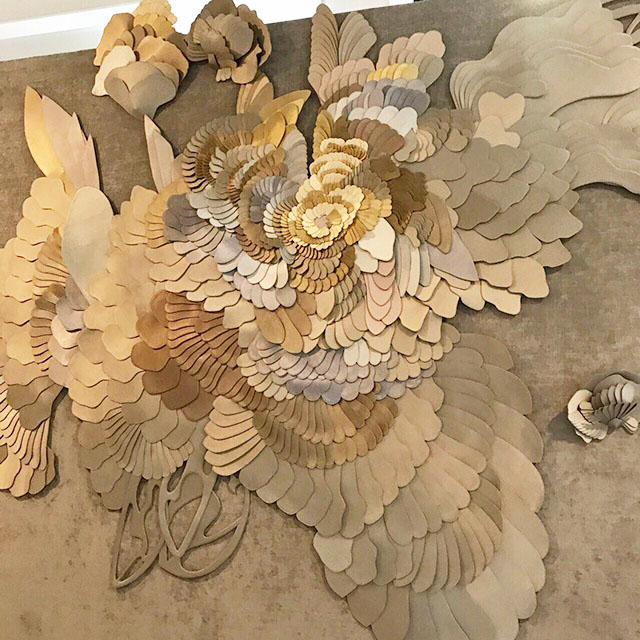 “Miguel Rosales, who was the local art consultant for the Shangri-La Hotel at the Fort project, recognized some of our pieces on the designers’ mood boards," says Valdes. "He later introduced us to the team and the director the art program.”

Traveling to the picturesque city of Colombo, Valdes says she was immensely inspired by the local flora. “The pieces were made to reference significant flora native to Sri Lanka, but we were really trying for something that would capture the spirit of the location. The hotel sits right across the water and the city has wonderful old trees throughout. It has a certain charm,” she says.

To fully incorporate the city into her work, Valdes collaborated with Shangri-La and studied the surroundings.

The hotel group was very much involved in the process.

“It has always been so easy working with the Shangri-La Group, it feels like a true collaboration,” says Valdes. 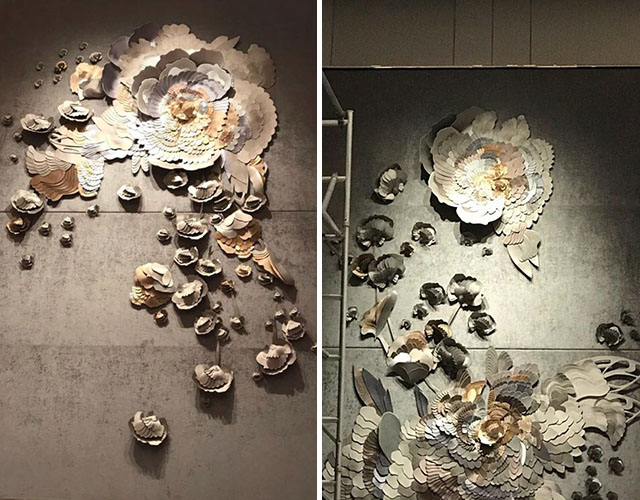 “My sister says, in reference to the artworks we have done with them, that the pieces have found their permanent homes,” she says.

Speaking about the intricacy of the installations, Valdes says, “We used metal mesh for the ‘Lily’ artwork, which had to be sewn on using metal thread, needles, and pliers, so it was quite challenging. The lily pad surface pattern was actually a negative of one of our beadwork embroideries, and we worked with a sculptor who was able to take the transfer and render the leaves for us.”

“For the ballroom artworks, each petal was fabricated by hand, then sewn, then tacked on into the pattern—so it was very slow, methodical work. The whole structure has a lot of technical details, and weeks of collaborative efforts went into it.” 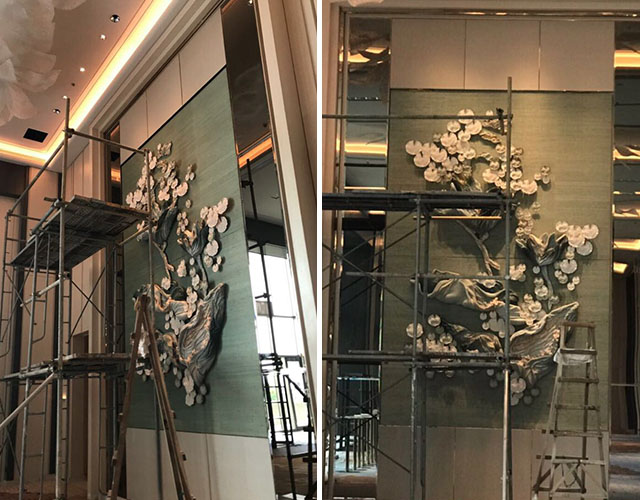 She continues, “I think that aside from the intricacy, it was making something of this scale, as you never quite know what it'll look like until you place everything together—and that’s right before you finish. So much of it was planning and imagining, so it’s a different level of satisfaction to actually see it in its entirety.” 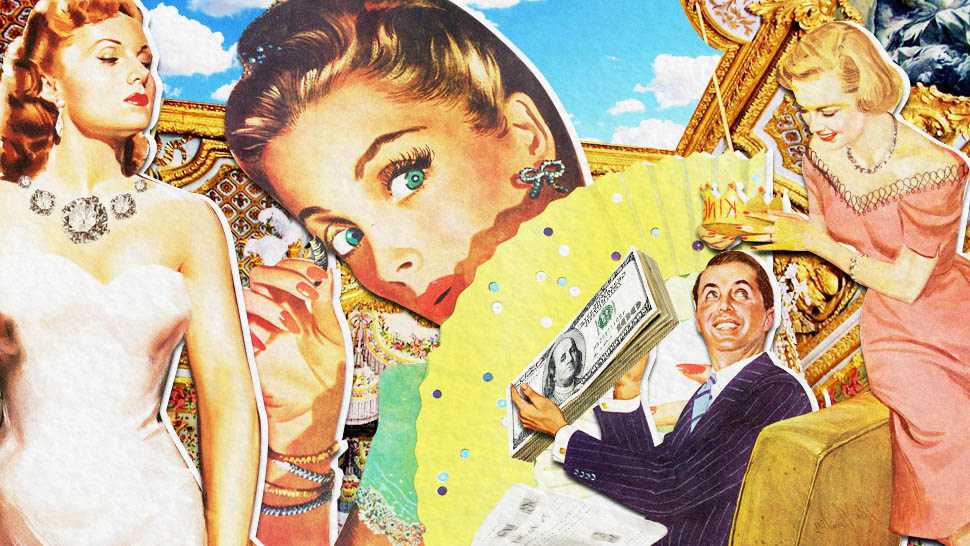 Battling Over Inheritance: Inside the Truly Rich Lady's World
All Photos
Comments
View As List