The first breast cancer awareness ribbons were peach, not pink. 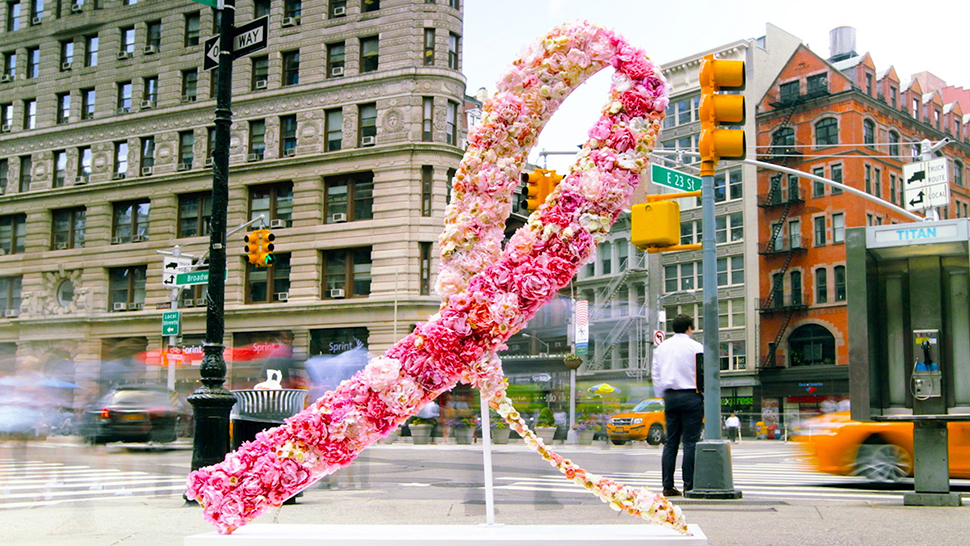 Every 15 seconds, a woman is diagnosed with breast cancer.

It is the most common form of cancer among women and the second most common cancer in general. Decades ago, breast cancer was not really spoken or written about. Only a handful of warriors were fighting to raise awareness. It wasn't until the pink ribbon was established as the symbol of the campaign that breast cancer awareness attained a global scale.

Now, the pink ribbon is linked with breast cancer awareness campaigns of any kind, celebrating open discussion, research, and the strong women who have survived this disease. It is little known, however, how this symbol came to be. In the spirit of Breast Cancer Awareness Month, we explore its history here:

Hearing the words ‘yellow ribbon’ often reminds one of the hit 1973 song "Tie a Yellow Ribbon Round the Ole Oak Tree" by Dawn, which was based on a popular folk story about an incarcerated man who told his wife to tie a handkerchief around a tree if she would still take him back upon his return.

Just six years later, in 1979, the story and the song took on a whole new meaning when Penney Laingen, the wife of one of the men held hostage during the Iran hostage crisis wherein 52 American diplomats and citizens were held captive for 444 days. Inspired by the song, Laingen tied yellow ribbons around the trees in her front yard to show her sympathy for the American prisoners. According to BBC, This sparked national interest especially after she invited people to do the same during an interview:

"It was December 1979. There were some Iranian students on our street protesting and some of our college students began throwing dog food at them," Mrs. Laingen said.

"A reporter asked me what I thought. I told her that [this kind of behavior] won't help our hostages and that we should teach the Iranians that you can protest on the streets without being harmed."

More than a decade later, in 1991, the red ribbon emerged as the symbol of AIDS awareness. Twelve artists from New York’s East Village took inspiration from the yellow ribbons being used to show compassion for the soldiers during the Gulf War and changed the ribbon into the looped form we know today.

The color red was chosen for “its boldness and for its symbolic associations with passion, the heart, and love.” What started as an initiative by a small group of artists became a national phenomenon since its big debut at the 1991 Tony Awards when actor Jeremy Irons sported the ribbon. So prolific was the impact of the red ribbon that the New York Times declared 1992 the “Year of The Ribbon.” But that year, it was not just about AIDS.

Coinciding with the emergence of the AIDS red ribbon was Charlotte Hayley’s peach ribbon. A breast cancer survivor, Hayley wanted to spread awareness of breast cancer through a grassroots approach which she singlehandedly achieved herself. She looped peach ribbons and attached them to postcards that said: “The National Cancer Institute’s annual budget is $1.8 billion, only 5 percent goes for cancer prevention. Help us wake up legislators and America by wearing this ribbon.” She even wrote letters directly addressed to people in power.

Before the red ribbon and the peach ribbon in 1991, however, the color pink was already associated with breast cancer awareness since the organization Susan G. Komen for the Cure (the largest breast cancer foundation in the U.S.) was established in 1982 by Nancy Goodman Brinker, in honor of her sister, whom she named the organization after.

In fact, the logo for the organization’s Komen Race for the Cure® was an abstract female runner in the form of the looped pink ribbon. This was used during the mid-1980s to the 1990s and was later on reissued as the organization’s official logo in the year 2007.

In 1990, pink visors were given to recognize breast cancer survivors during the Komen National Race for the Cure®, and the year after, these were replaced with pink ribbons.

In 1992, simultaneous with the Komen group’s prolific efforts and Hayley’s peach ribbon, Self magazine, was working on the publication’s second National Breast Cancer Awareness Month issue.

Alexandra Penny, its editor-in-chief at that time, wanted to elevate its issue, so she reached out to Evelyn Lauder, then senior vice president of cosmetics giant Estée Lauder. The two wanted to work with Hayley and her peach ribbon to take the symbol of breast cancer awareness to greater heights by publishing it in the magazine. Hayley, however, perceived the offer as having “commercial purposes” and rejected it.

And so, Penney and Lauder created the “bubblegum pink” ribbon, as it was legally safe to do so.

“Penney learned it was impractical to pin a ribbon onto each cover of Self, as she had hoped, so she called Evelyn Lauder, of Estée Lauder Companies to ask for help. ‘Let's give these out at Estée Lauder counters,’ [was Lauder’s response],” read an excerpt from Self’s October 2002 issue.

The pink ribbon was handed out at Estée Lauder counters in New York. The Estée Lauder Companies’ Breast Cancer Campaign (formerly The Breast Cancer Awareness Campaign) was also established that same year. Truly, 1992 was the “Year of The Ribbon.”

Evelyn Lauder was the purveyor of raising breast cancer awareness in the beauty industry. Under Lauder's leadership, the Breast Cancer Campaign and the Breast Cancer Research Foundation have fiercely promoted the cause in more ways than just handing out pink ribbons.

The global campaign is not just about awareness and education, but about research and medical services as well. Elizabeth Hurley, the campaign’s global ambassador, talked about Evelyn Lauder’s relentlessness in the video below: “She would always be the first [one] up, the last to go to bed, and says ‘Can we do more?’”

Long after Evelyn Lauder's death, the company continues its battle against breast cancer and its fight for raising awareness. Since the foundation was established, it has raised more than $79 million dollars, with more than $65 to fund medical research grants through the foundation. And of course, it has planted ribbons in the hands of people everywhere so that they, too, may join breast cancer warriors in openly tackling the disease.

The pink ribbon as we know it today ties together many events in history that have paved the way for discourse and research about breast cancer. May it continue to stand not only for awareness but more importantly, for unity and strength. 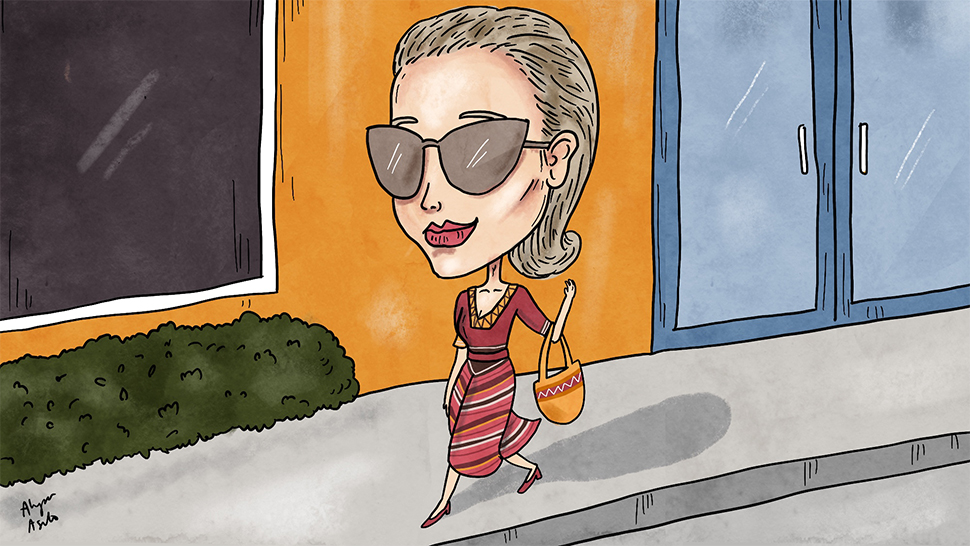 How to Become a Truly Green Lady, According to the Truly Rich Lady 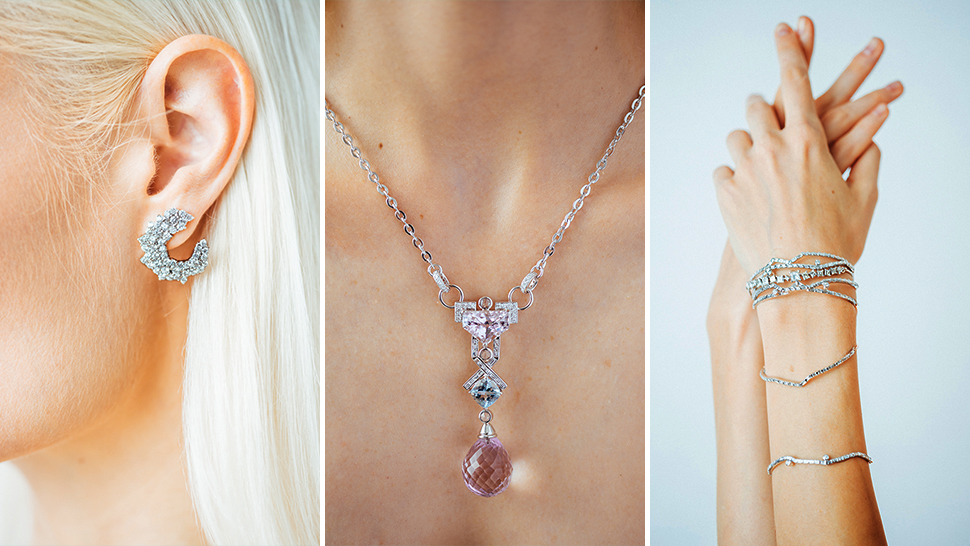