9 Style Icons and Where Their Children Are Now

Get to know the offspring of these timeless beauties.

Icons are known and loved across generations. They continue to inspire people (and even a slew of copycats) through their beauty and grace. We may know a thing or two about their glamorous lives but do we know much about their offspring? Some of the children on this list have inherited their parents’ celebrity status, some have chosen quiet lifestyles, while others have forged careers in industries quite different from that of their famous mothers. What’s certain though, is that their time in the limelight played a huge role in their children's lives.

Elizabeth Taylor first appeared in One Born Every Minute (1942) but it wasn’t until National Velvet (1944) that she quickly shot to fame. The three-time Oscar-winning actress is also known for her off-screen romances. Her seven marriages have produced four children.

Michael Wilding Jr. was her first child with her second husband Michael Wilding. He’s known for his acting work and has appeared on the hit TV show Dallas (1978). Her second child, Christopher Edward Wilding, is known for his sound-editing work. He also shares to Hollywood Reporter that he keeps his mother’s first Oscar displayed in his living room. Taylor’s third child, Liza Todd, born to third husband Mike Todd, was eventually adopted by Taylor’s fifth husband Richard Burton, with whom she shared a very scandalous love affair. The couple had one adopted child, Maria Burton, said to be a philanthropist.

A post shared by Elizabeth Taylor Archives (@elizabethtaylorarchives) on Mar 25, 2019 at 3:49am PDT

American icon Jackie Kennedy Onassis garnered the attention of the United States during her husband John F. Kennedy’s campaign. After her husband’s assassination, Jackie eventually started afresh and remarried in 1968 to shipping magnate Aristotle Onassis. She had given birth to four children, but two, unfortunately, died as infants. Caroline Kennedy is Jackie’s second child (the first was a stillborn child) and is Jackie's only surviving offspring. She served as the United States ambassador to Japan from 2013-2017 under President Barack Obama. Her younger brother, John F. Kennedy Jr., was a lawyer and publisher; he launched his own magazine George in 1995. He sadly died in a plane crash along with his wife, Carolyn Bessette and his sister-in-law, Lauren Bessette.

American film actress Grace Kelly, fondly known as Princess of Monaco after her fairy tale marriage to Prince Rainier III, is famed for her good looks, glittering acting career, and timeless beauty. She is best known for her acting work in the 1950s wherein she proved her skills across theater, TV, and films. She gave birth to three children: Caroline, Albert II, and Stephanie. Princess Caroline of Hanover married thrice, her last marriage being to Ernst August, the Prince of Hanover. Caroline, now 62 years old, shared in an interview last year that she and her siblings did not have meals with their parents until she was 14 years old. Prince Albert II of Monaco is an avid sports fan and patron, and not to mention, an athlete himself. He competed in the Winter Olympics in the sport of bobsledding. Princess Stéphanie of Monaco carved her own niche in the fashion industry as a style icon in the ‘70s to ’90s as a swimwear designer and a model. She did apprentice work for the house of Christian Dior.

English singer and actress Jane Birkin might often be mistaken for being French given her status as a style icon in France during the ‘60s and ‘70s. Aside from her effortless fashion sense and equally covetable fringe, Birkin also made the tabloid rounds due to her infamous love affair with Serge Gainsbourg which lasted from 1968 to 1980 (they never married). Gainsbourg and Birkin had one child, Charlotte Gainsbourg. Prior to this romance though, she had married music composer John Barry with whom she had one child, Kate Barry. Birkin’s third romantic relationship was with Jacques Doillon, with whom she bore her last child Lou Doillon.

All of Birkin’s children seem to take after their parents’ creative senses. Kate Barry died at the age of 46 in 2013 but was known for her work as a photographer. Charlotte Gainsbourg is a singer and award-winning actress (she has won multiple César Awards, the national film awards in France). She made her musical debut at age 12 with the song “Lemon Incest” which she sang alongside her father. She continues to make music to this day. Lou Doillon, who looks very much like her mother, is a multi-hyphenate, having started her modeling career at the age of 16, dabbled as an actress for most of the early 2000s, and now currently working as a musician and artist.

Gainsbourg and Birkin loved to dance, and for as long as she was small enough to fit into a basket their daughter Charlotte accompanied the duo on nights out. As the children grew, however, the pair adapted their schedule to accommodate their nightlife; they’d wake at three in the afternoon, when Birkin would collect the children from school, take them to the park, and bring them home for dinner. The au pair would bathe them, and Gainsbourg and Birkin would put them to bed before going out on the town. They would come home the following morning “with the dustmen”, and wait for the children to awake at 7.30, before going to bed and beginning the routine again. Source:AnOther Magazine. Text by:Maisie Skidmore @maisieskidmore . Picture: Jane ,Serge , Kate and Charlotte in Saint-Tropez (by James Andanson/Getty Images) 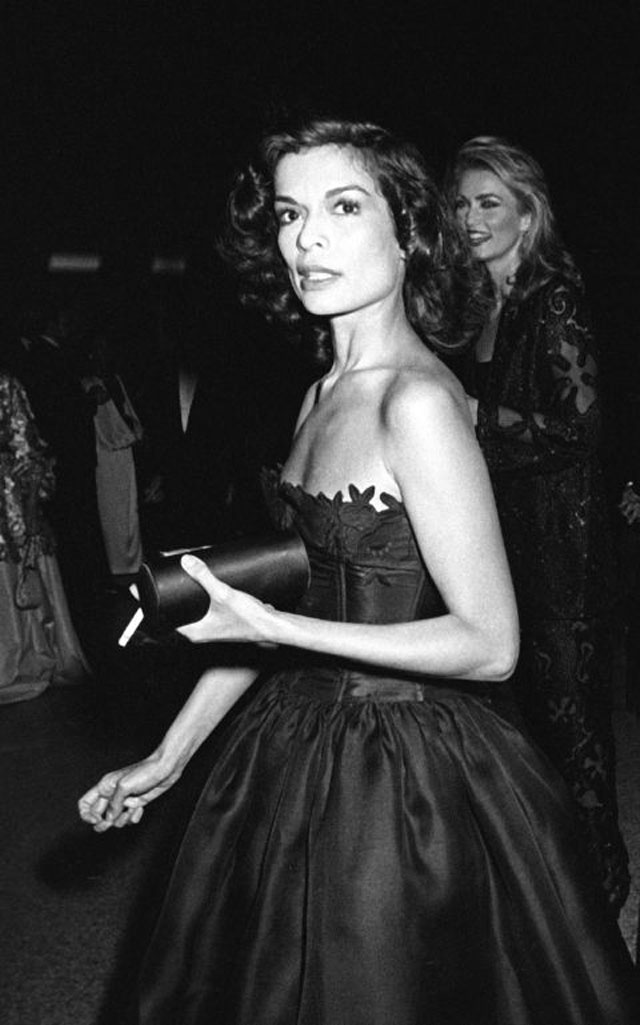 Bianca Jagger was a prominent figure in the ‘70s not only because of her rockstar husband—The Rolling Stones’ Mick Jagger—but because of her work as a human rights advocate and activist. Born in Nicaragua, she studied political science in Paris and collaborated with organizations such as Amnesty International and Council of America. She was married to Mick Jagger from 1971 to 1978, during which and thereafter, she made quite the scene at iconic Studio 54 for her fabulous outfits and was eventually propelled into style stardom. Her only daughter, Jade Jagger, is now 47 years old. Jade Jagger is primarily a jewelry designer. She established her eponymous brand in 1996 and continues to create accessories to this day. She even dabbled as an interior designer and was commissioned to design apartments and hotels such as a residential area in Mumbai and the Baglioni Hotel in Marrakech.

American socialite and style icon Babe Paley worked as a fashion editor in Vogue from 1938 to 1947. In the year 1947, she married her second husband, CBS founder William S. Paley. Her reputation as one of the best-dressed women in the ‘40s and ‘50s eventually catapulted her into the Fashion Hall of Fame in 1958. Stanley Grafton Mortimer III is Babe’s eldest child and her first child with husband Stanley Grafton Mortimer Jr. He was a Harvard graduate and became heir to the Standard Oil fortune. Her second child, Amanda Burden, is known for her career in urban planning and development. She was responsible for planning and designing Battery Park in Manhattan. From 2002 to 2013, she served as Director of New York City Planning Commission under the Bloomberg administration and is currently a Principal at Bloomberg Associates. Babe had two children with Paley. William “Bill” C. Paley is known for the relaunch of La Palina, a product from his grandfather’s Congress Cigar Company. Babe’s youngest daughter, Kate Cushing Paley, is a video artist whose main advocacy is to present the Word of God in a creative way and make it “come alive.”

Fondly recognized as the queen of the film noir genre, Lauren Bacall made her acting debut on Broadway before she graced the covers of Harper’s Bazaar under as well as Vogue. She is known for her on and offscreen love affair with Humphrey Bogart whom she married in 1945, the year after her iconic film To Have and Have Not (1944).

Bacall and Bogart had two children together. Her first child, Leslie Bogart, is a nurse and yoga instructor. Her younger brother, Stephen Humphrey Bogart, jumped from one university to another, but finally pursued a career in television news after studying at the University of Hartford. He is known for being a producer and writer. After Bacall’s marriage with Bogart ended, she married Jason Robards with whom she had one child, Sam Prideaux Robards, who had quite an impressive acting résumé. He has starred in theatre productions, TV shows (Law & Order, Sex and The City, among others), and films (such as American Beauty).

Italian actress Sophia Loren was a prominent figure in the 1960s and is heralded for her acting work. She was awarded Best Actress six times by the David di Donatello Awards (presented by the Academy of Italian Cinema). What’s more, she won an Oscar for Best Actress in 1962 for her film Two Women (1960). She’s amassed a string of other awards including a Grammy Award, Golden Globes, as well as a BAFTA award. Loren’s only spouse was Carlo Ponti Senior and they had two children. Carlo Ponti Jr. is an international conductor based in the United States. He’s been an associate of the Russian National Orchestra. He also founded the Los Angeles Virtuosi Orchestra in 2013. Like his older brother, Edoardo Ponti was born in Switzerland. He graduated from the University of Southern California with a degree in English Literature and Creative Writing (he also earned his Master’s degree here). He is directing his mother in a feature film entitled The Life Ahead, which is scheduled for release in 2020.

Bardot was often seen as a sex symbol of the ‘50s and ‘60s but she’s got a lot of other overlooked achievements under her belt. The big-haired, sultry-looking blonde was also a singer and astounding actress—she was once nominated for Best Foreign Actress in the BAFTA Awards. The French style icon married thrice but has only one child, Nicolas-Jacques Charrier, with actor Jacques Charrier. Bardot found it difficult to spark the maternal instinct within her, resulting in a distant relationship with her one and only son. After heated court arguments regarding a book that Bardot published (Initials B.B.) which infuriated Nicolas-Jacques and had the following complaints: “the first for a violation of privacy, the second for infringement intrauterine intimacy.” The two had no close relationship whatsoever until earlier this year. Given their now appeased relationship, Nicolas-Jacques Charrier calls his mother regularly and visits her once a year. 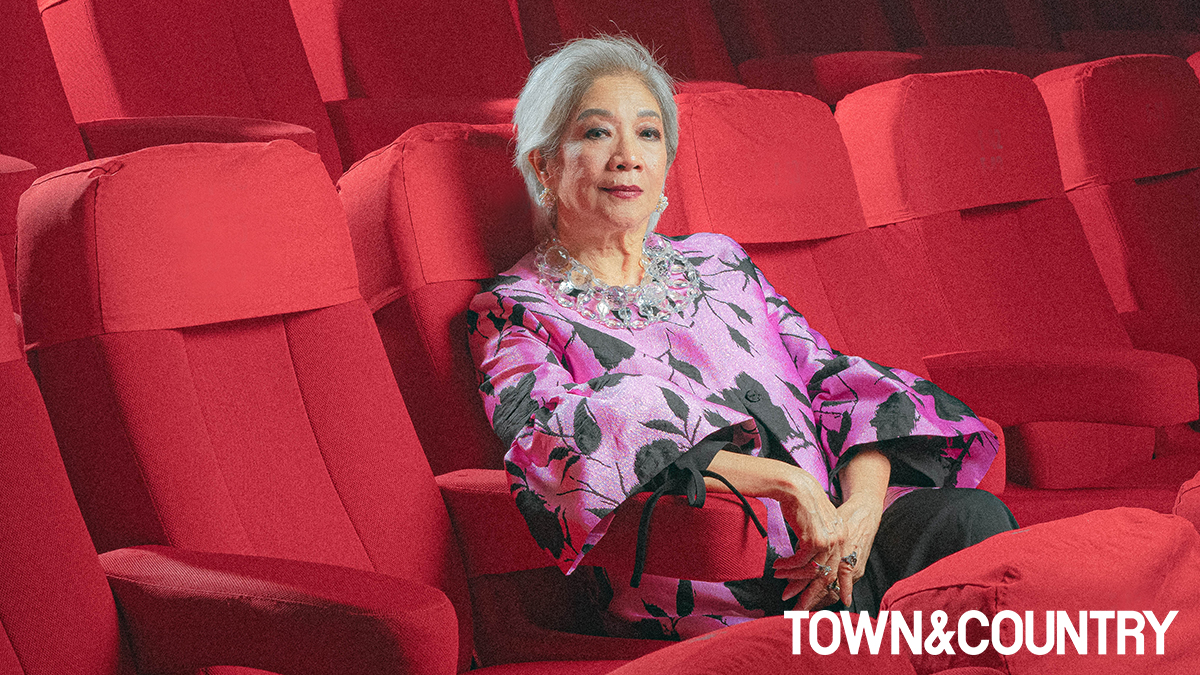 The Villain and The Hero: Inside the Storied Life of National Artist for Dance Alice Reyes 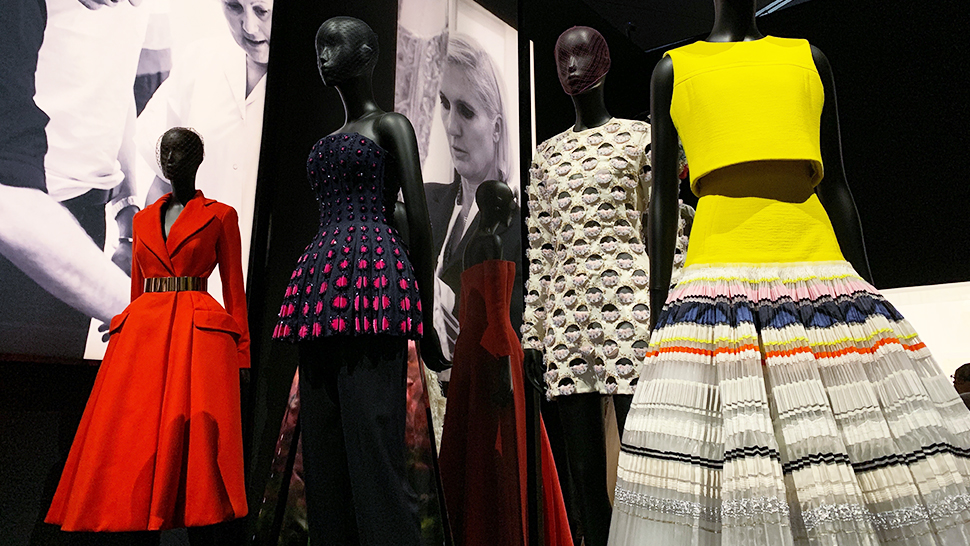