The Ultimate Guide to the Most Fashionable Prints

Brush up on your fashion lingo with our definitive guide to the most popular prints on fabrics. 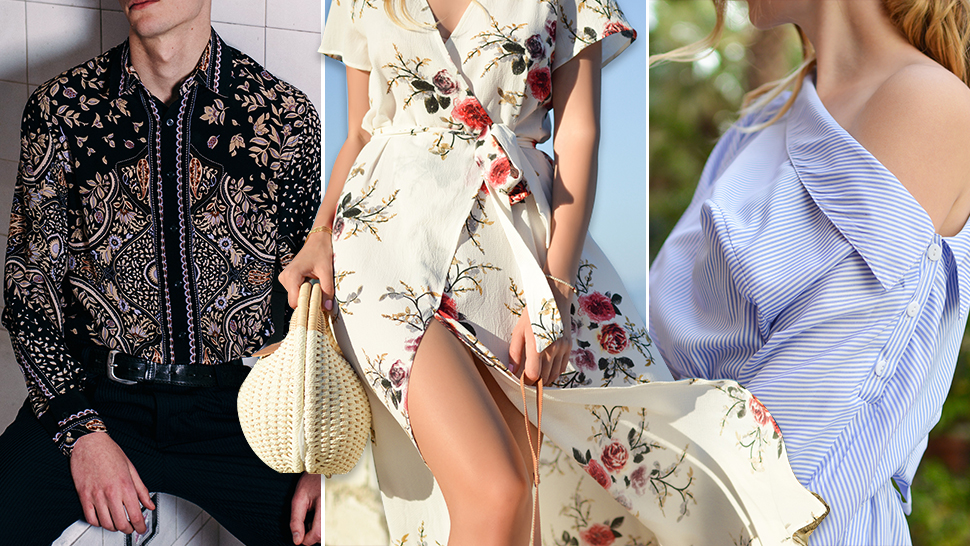 A conversation about fashion would never be complete without thorough dissection of the many prints and patterns that have become a part of its vernacular. From plaids enriched with tradition to romantic florals straight out of an English garden, to bold strokes evocative by modern art, they have given designers a rich library from which to concoct their inventive creations. Here, we take a look at the gorgeous textile designs that continue to inspire and influence the world of style.

Prints From the Natural World

Nothing heralds a new season more than a new interpretation of the quintessential floral print. With the advent of spring, one can expect gorgeous botanicals and vibrant tropical foliage making their way down the runway. Come fall, dark romance, and moody florals reign supreme. Then there are the homespun blooms that have become must-haves for the ‘gram. Whatever floral you fancy, you can be sure to expect something gorgeous blossoming all year round.

With stylized florals and verdant foliage interspersed with exotic birds and fruit, this opulent style has its origins in the colorful embroidery popular during the reign of James I of England, known as the Jacobean period. It’s often found in interior design fabrics but is equally stunning in apparel as well.

These ferocious felines have long lent their spots to the most adventurous stylistas, appearing in slinky dresses and statement coats that look like they’re straight off the plains of Africa. For an added layer of fabulousness, designers even play with color and proportion creating patterns that are even more distinctive.

Charming, and quintessentially British, these dainty florals with their washed-out hues evoke a wave of childlike nostalgia in many. They were developed by Arthur Liberty, of the Liberty department store in London that was established in 1875, and have been a mainstay on the fashion radar since.

If you’re not up for the real thing, a print inspired by this slithery creature gives anything and everything an air of sexiness. Despite being a bit daring, the subdued palette makes it an easy print to style.

The animal kingdom’s version of a stripe, it can be quite bold or subtle depending on its proportions. Its natural curves are a great way to add interest to any wardrobe.

The ubiquitous chevron derives its name from the French word for ‘rafter,’ as the pattern resembled the rafters of a shallow roof. The V-shaped pattern is popular on clothing because of the high energy these zigzags convey. It was used to great effect for knitwear by Missoni especially in the ‘70s but has its origins dating back as far as 1800 B.C. in Greece.

Sometimes called a ‘broken twill weave,’ this pattern was so named as it resembled the bones of a herring. It’s a mainstay print for fine suiting fabrics but its origins come from the construction of roads in ancient Rome. On textiles, it was first seen in Ireland circa 600 B.C.

Pinstripes—very thin lines on fabric—are often associated with conservative business attire and dapper menswear. Having supposedly originated in the field of finance, it was said banks would differentiate themselves and their employees with variations of pinstripes. They had their heyday in the 1920s and ‘30s but continues to enjoy immense popularity today, even in womenswear where creative interpretations give it a modern feel.

Always a part of the sartorial conversation, polka dots of all sizes and colors have been spotted on everything from ballgowns to itty-bitty teeny-weeny bikinis. They have been a firm fixture in haute couture as well as pop culture, with designers employing them to convey casual elegance and class. Prime examples are Cristobal Balenciaga, who created gorgeous dotted dresses in the 1940s and ‘50s, as well as Carolina Herrera whose creations beguile season after season.

Extremely versatile and perennially chic, good old-fashioned stripes are difficult to dislike. They’re graphic in black and white, cuddly in pastels, and instantly festive when painted in vibrant hues. Strategically positioned, stripes can be extremely flattering to the figure, and work well with plain colored garments as well as other prints.

A pattern of diamonds, usually overlaid with a thin stripe, the argyle harkens back to the Campbell clan of Argyll, Scotland as a traditional design that was used for kilts and the like. It became quite popular in the U.K. during the early part of the 20th century, benefitting from its association with the Duke of Windsor who wore argyle jerseys and socks while playing golf.

A large plaid with bold intersecting lines typically in red and black, this outdoorsy fabric is a staple print in Americana. It was said to have been first created at the Woolrich mills in Pennsylvania and was allegedly so named because the original designer owned a herd of buffalos.

A pattern of squares of alternating colors or textures, this duotone wonder was a hit during the mod era of the 1960s but continues to be fresh today as designers give it newfound interpretations. It’s the same pattern used on the NASCAR flag, which perhaps gives this checkered fabric a sporty feel.

This preppy staple is defined by evenly spaced crisscrossing lines that form miniature checks, with a simplicity and charm that give off a decidedly homey vibe. It’s friendly and unassuming, evoking a bygone simplicity as Dorothy from the Wizard of Oz did in her gingham pinafore. Then again, it also had an undercurrent of flirtatiousness and was epitomized by Marilyn Monroe and Brigitte Bardot, the latter of whom even wore a pink gingham dress to her wedding.

Also known as the Glenurquhart check (from the valley in Scotland of the same name where it was first used), it is a woven twill design characterized by a combination of large and small broken checks. It is also sometimes referred to as the ‘Prince of Wales’ check, after Edward VIII who loved this print.

One of the most iconic textile designs, the houndstooth is characterized by broken checks with pointed shapes that resemble a dog’s tooth. While traditionally done on a relatively small scale, modern designers have used oversized proportions as well. It is also at times referred to as a “shepherd’s check” as they were a common weave for the outerwear of shepherds in the 19th century.

Named after the Indian city of Chennai (formerly known as Madras), this vibrant plaid made of a kaleidoscope of colors is a quintessential summer fabric. Its best iterations are of the summery cotton varieties that make for perfect day dresses and shirts that are as great in the city as they are by the sea.

Originating from the Scottish Highlands, tartans are defined by crisscrossed horizontal and vertical bands of different colored threads, resulting in a multitude of attractive patterns. Any design following this configuration can be called a tartan, but some are distinguished as being associated with a particular community, like a Scottish clan or an organization. Burberry, for example, has its own trademark check which it first developed in the 1920s.

Tattersall is a quaint check typically made of two colors of intersecting dark lines, on a light-colored background. This print originates from the Tattersall horse market in London, where blankets of this design were used in the 1700s. Nowadays, it makes its presence felt on dress shirts, and on country attire paired with tweed suits.

A check with perpendicular pinstripes spaced widely to create bigger squares, windowpane checks are a great fabric for suits and tailored dresses, albeit considered more casual. The large grid resembles old school windowpanes, which is where the pattern got its name.

Prints From Around the World

A design defined by Western interpretations of Oriental motifs, the world’s love affair with chinoiserie began as early as the 17th century when exotic objects from China and India were brought into Europe by merchant ships. Its richness and delicate opulence have made it an irrevocable part of the fashion landscape, looking just as elegant when rendered in both Eastern as well as Western silhouettes.

Ikat refers to a dyeing technique from Asia wherein yards of fabric are colored multiple times and then interlaced expertly into the fabric to create the desired design. The resulting textile is vibrant with a blurry pattern, resulting from the artisan carefully positioning the yarns on the weave. Most ikat fabrics nowadays though are prints inspired by this weave.

A quintessential bohemian motif with Persian origins, some design scholars believe the paisley’s teardrop-shaped motif (the ‘boteh’) is a combination of a stylized floral and a cypress tree, an ancient symbol of life and eternity. Fabrics of this pattern were first imported into the West by the East India Company and were extremely well-liked. Later on, a town in Scotland called Paisley, produced shawls with this decadent decoration, from which the print derives its modern name.

Not just for museums, swirly swathes of color are a beautiful addition to the glossary of prints available to the fashion aficionado. Dreamy and evocative of watercolors, or graphic and reminiscent of street art, their creative energy is one many a designer is wont to tap.

A post shared by The Costume Institute (@metcostumeinstitute) on Aug 6, 2017 at 7:31am PDT

Emerging in the 1950s as the antithesis to fine art, this movement drew from themes of popular culture employing the imagery of mundane objects to ironic effect. Motifs from comic books and advertising, which inspired artists Andy Warhol and Roy Lichtenstein, have likewise made their debuts on many catwalks as well.

In French, trompe l’oiel means to ‘deceive the eye,’ and that it does as realistic images mislead us to think that a flat piece of artwork exists in three dimensions. It’s a clever art trick that’s also been applied to fashion, like when bows are drawn onto a dress, or pearls are painted onto a neckline. The result is whimsical, a bit tongue-in-cheek, and definitely a lot of fun. 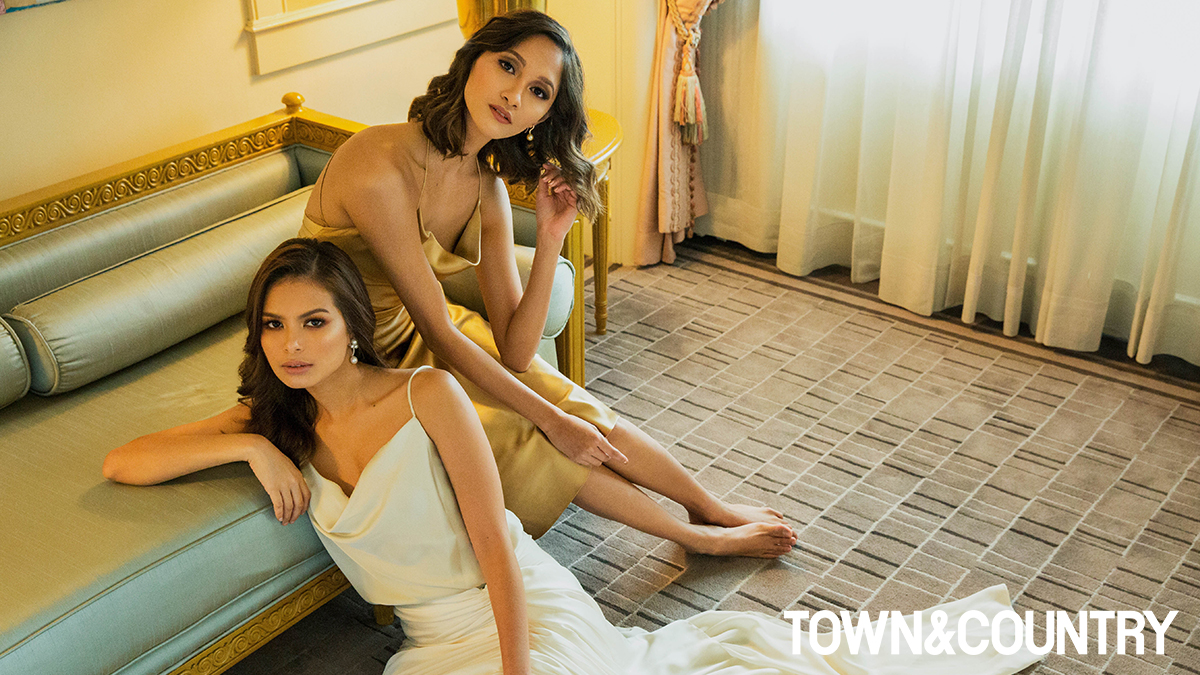 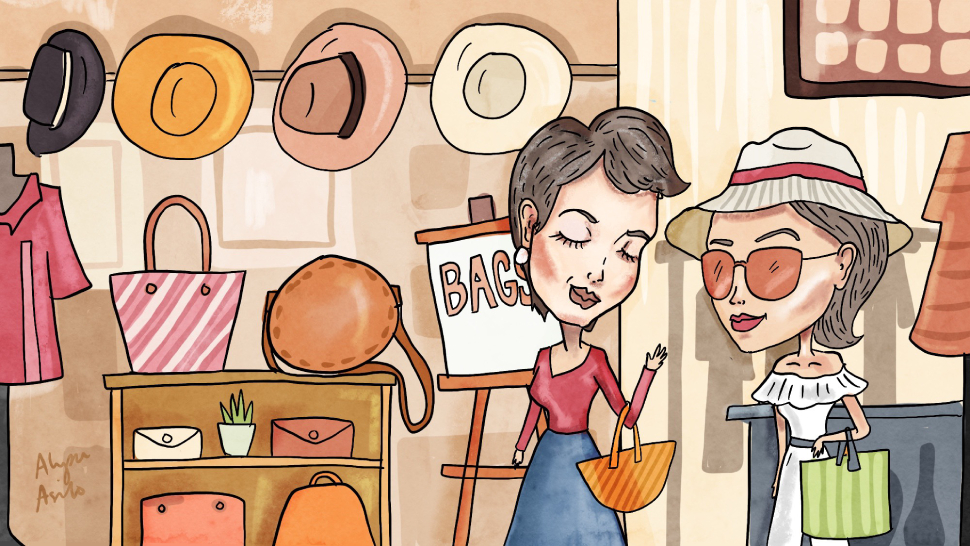 Hilarious Snippets From the Upscale Bazaar of Beautiful 'Tita' Things, By the Truly Rich Lady
All Photos
Comments
View As List