How to deal with hasty generalizations and judge-y people. 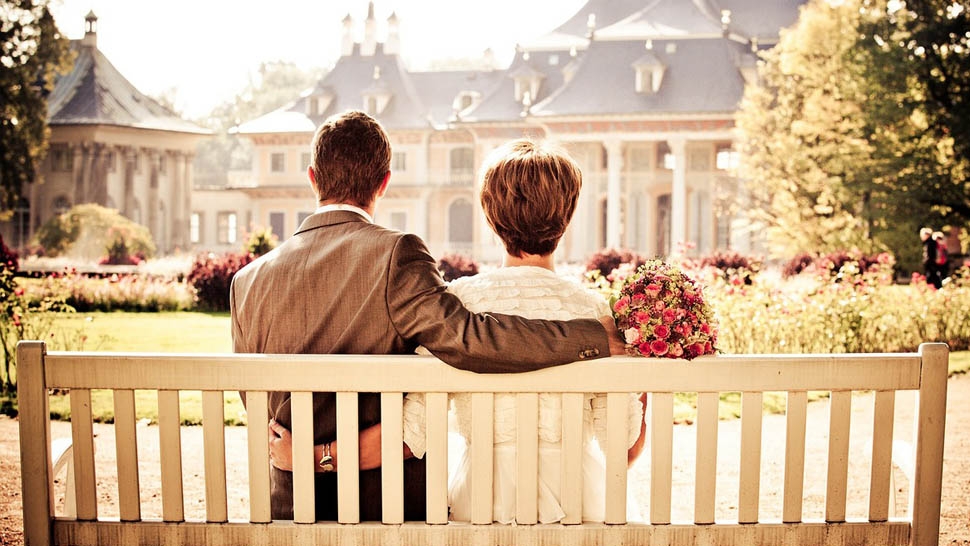 I have no children. I’m now one of those terrible people who gets a splitting headache from the high-pitched babble of baby talk whenever I enter a Toys “R” Us to buy a present for a godchild's birthday, and who politely comes up with some excuse or the other so as not to have to attend the actual party.

I wasn’t always like this. When I was younger, I always imagined I would live happily ever after with a great husband who was nice to me and a child who looked just like me. She would be a girl with a boy’s name like George or Joey or Jimmy and she would wear T-shirts and sneakers and enjoy playing in the dirt. No girly girl for me, I had decided long ago.

Unfortunately, the husband happened but the child didn’t, and fortunately it didn’t matter to the husband either way whether we had one or not. He was fine with having them, if that’s what I wanted, but if we didn’t, he wasn’t going to go crazy about it.

As we entered our mid-30s, my best friend Liz underwent in vitro fertilization and invited me to join her in her journey. I probably did not want a child that much because the thought of sticking a needle into myself every day for weeks to get my hormones raging outweighed the idea of getting pregnant.

Liz had her baby and then two more, and I soon became a doting auntie and godmother. I adore her children and am granted babysitting privileges every so often so that a harassed Liz can treat herself to a facial or massage. But I must admit that after a Saturday afternoon at the pool or of playing house with them, I’m more than happy to return the kids, and then spend my Sunday morning sleeping in late and recuperating. Liz has no such option.

Recently my husband and I had dinner with a bunch of couple friends, some with children, others with none. As always, the discussion of children superseded everything else. The pluses and minuses of local schools versus international ones. Ateneo and Assumption vs. Beacon or BSM or ISM? But they don’t teach religion. Everest then? What after-school activities did their children do? Football? Ballet? Violin lessons? Chinese? Singapore Math? The parents with younger ones sought advice from those older ones about which school to send their kids. Then came the enumeration of did-you-hear-this kid just got early acceptance to Princeton, and this one got into Brown, and, horror of horrors, the valedictorian at the same school didn’t make it to any of the Ivies (or Stanford or MIT, which— one of the parents had to make sure that we were all aware—are much younger schools, which is why they weren’t around when the Ivy League was formed).

Then came the inevitable questions asked of a recently married couple. “No kids yet?”

My husband and I had been asked that question countless times in the past, and our standard answer has always been, “It never happened. We would’ve loved one, but it never happened.”

The response to that was usually a head tilt with a sympathetic look or a frown, with a hand clutch at the heart.

“I’m so sorry… ” would come the embarrassed comment, which usually ended the conversation, unless it was with an over helpful person who then proceeded to give different suggestions/tips/recommendations on what to eat/what to give up/which doctor to see and even, believe it or not, what sexual positions to use to increase the probability of getting pregnant.

But this couple’s answer was different. “We’ve decided not to have children. They don’t suit our lifestyle.”

Then came the look of people silently judging other people. After a series of throat clearing, someone finally asked, “So why did you get married if you have no plans to have children?”

“Because we love each other,” came the answer.

“But don’t you think you’re being selfish?” came the follow-up question.

Fortunately, a more tactful guest managed to change the subject, but I must say that couple became the unwilling subject of many more judgmental conversations in the days and months that followed.

“Let’s see how long that marriage lasts,” was the statement made by many married ones.

Many happy couples with children say their hearts are full thanks to their spouses and their offspring. Many happy childless couples say their marriages have lasted because they do not have to deal with the stress of raising children. Many of my friends who have stuck it out for years in miserable marriages have used their children as a reason for staying. And many childless ones who have strayed or walked away from their marriages have used their not having children as a reason for being unhappy.

Recently I was at the hospital for an ultrasound. Unfortunately, to get an ultrasound to detect cysts in my ovaries. I had to be in the same waiting room as many radiant, expectant mothers waiting to get to ultrasounds to take a peek at their soon-to-be children. When my ovarian cysts had to be removed, I was wheeled into an operating room in the maternity wing where many adorable babies are delivered every single day.

As I lay there on the operating table, I must say I had a major bout of self-pity, crying not only for myself, but for my unborn children.

It may have just been my increased estrogen which caused those tears. Or the fear of what the surgeon would find in there. Who knows? I woke up several hours later with my cysts gone, and fortunately declared benign, and my heart at peace.

A few months after that, I was having a conversation with an acquaintance who is a full-time mother, and she had the gall to ask. “No kids? I guess you chose your career over your family life? Do you ever regret it? You may not right now, but you will later. Who will take care of you when you get older?”

Suffice to say that I don’t regret saying that acquaintance will always remain an acquaintance. She will never be my friend.

Many of my older friends have taken the adoption route and have found true happiness with the children of their heart. So many beautiful, unwanted children out there in orphanages waiting, hoping, praying to be loved.

We may yet take the adoption route one day. Maybe we’ll have a girl with a boy’s name like George or Joey or Jimmy who will dress in T-shirts and sneakers and whom we will get down with on our wobbly knees and play in the dirt.

Maybe. Or maybe not.

At this point I am happy and fulfilled with the way my life has turned out. No looking back on what could have been or what might have been. Just looking forward to what I can do to help make this world a better place for other people’s children out there and the many children to come.

I believe everyone is entitled to their own decision on what path to take with their lives.

About The Author
Louise Prima
View Other Articles From Louise Prima
Get The Latest Updates From Esquire!
Subscribe to our newsletter!
Latest Feed
Load More Articles
Esquire Money 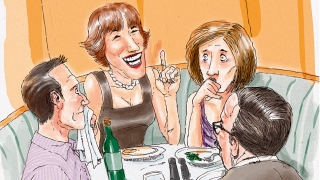 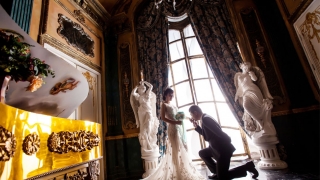 Modern Weddings: On the Worst Hashtags, Banning Gadgets, and More
All Photos
Comments
View As List