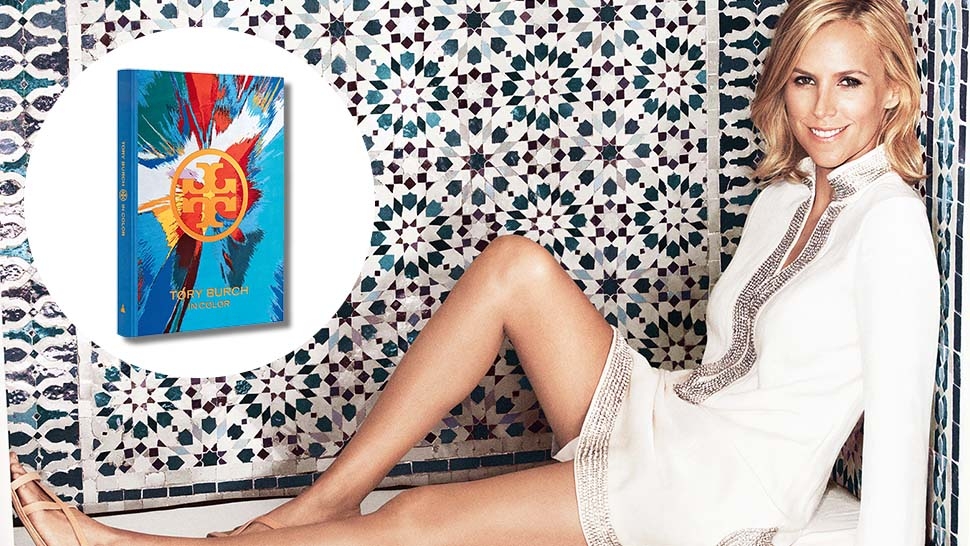 In 2004, on the opening day of the first Tory Burch store located on Elizabeth Street in Manhattan, Tory anxiously invited her friends and family to visit. Her worries were unwarranted. Before the sun set, they had sold through most of their inventory, and by evening the store was wiped out clean. Ten years and 141 freestanding boutiques later, and with more than 400 retail stores in 50 countries distributing her wares, Tory Burch has become one of the fastest-growing luxury labels in America, generating $1 billion in revenue in 10 years. Through the Tory Burch Foundation, established in 2009, Tory has incorporated philanthropy into her company, enabling some 200 women entrepreneurs to fund their own enterprises. Now that she’s preparing to venture into dinnerware, sportswear, and even menswear, the incredible success not witnessed in many of her contemporaries begs the question: What’s left for Tory to conquer? 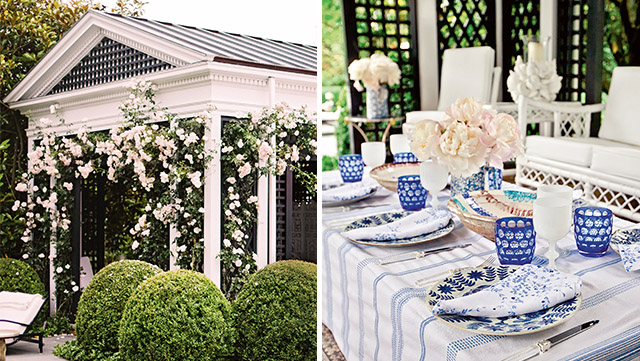 Born in Valley Forge, Pennsylvania, 51-year-old Tory Robinson Burch is the embodiment of WASP chic, the Lilly Pulitzer of her generation, if you will. Nine years ago, when Tory was on the cover of this magazine’s American edition, Carrie Doyle Karasyov wrote, “Her tunics became the uniform for everyone from the Upper East Side lady who lunches to women across America who wanted to look like an Upper East Side lady who lunches.” 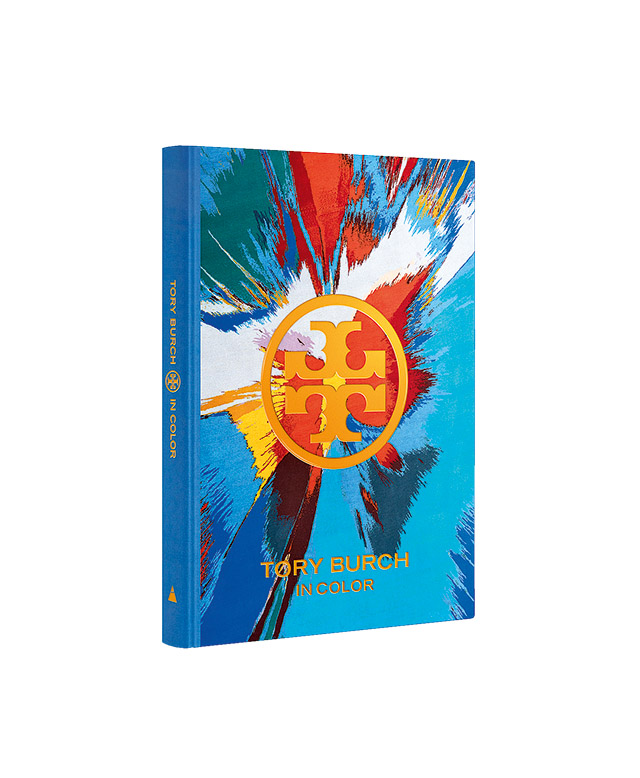 The cover of Tory Burch in Color designed by Damien Hirst.

The speed at which Tory’s erected her $3 billion is even more impressive when one considers that while she might have been born affluent, her brand was built entirely from scratch. In 2014, she was, according to Forbes, America’s second-youngest self-made female billionaire. When women purchase a pair of Tory’s $195 Reva ballet flats, or one of her colorful $300 tunics, they’re not just buying closet staples—they’re buying a lifestyle. In the early stages of conceptualization, “I started to think about what ‘lifestyle’ meant,” Tory says. Rather than sticking to just one division—shoes, perhaps, or just totes— Tory and her ex-spouse, Chris Burch, created a brand anchored on all things bright and preppy. 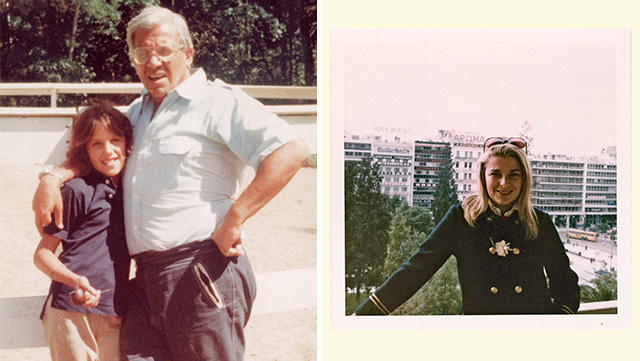 Tory’s first coffee table volume, Tory Burch in Color (Abrams), is a catalog of the influences that have molded her winning formula. “I see the world in color,” says Tory. “This book is a kaleidoscope of my greatest influences and experiences, told through images and stories of the people, places, things, and ideas that inspire me.” Chief among those influencers were her parents, Buddy and Reva Robinson. That her late father, a Philadelphia Main Line patrician, once dated Grace Kelly and Joan Bennett should have been a sure sign that there would be an “it” gene to be passed on; Tory’s mother Reva (“the most stylish woman I know,” Tory says) was certainly no slouch on the social circuit, either, with Steve “King of Cool” McQueen as an old boyfriend. 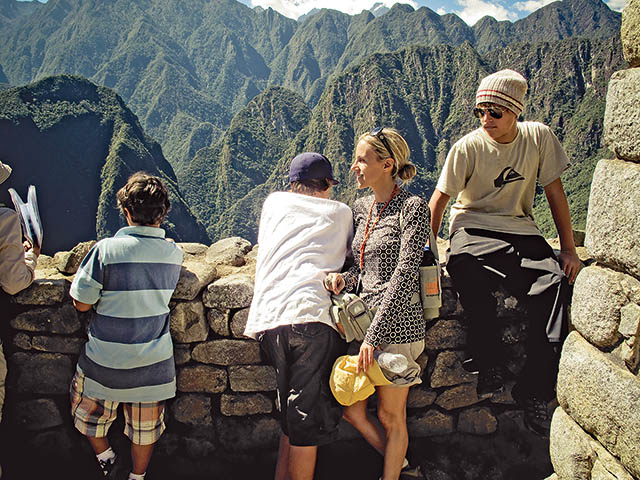 Tory with her three sons in Machu Picchu, Peru.

Inspiration was never in short supply for Tory, as one will discover while perusing her . As a child, she marveled at the beauty of places like Japan, Hawaii, and Myanmar, and learned the art of entertaining early on from watching her parents on countless evenings. Later in life, after pursuing art history at the University of Pennsylvania and working as a fashion publicist for brands like Vera Wang and Ralph Lauren, Tory developed an even better understanding of what would enamor the modern American woman. Covered by a striking paint-splattered piece by British artist Damien Hirst, Tory Burch in Color boasts quite a stable of collaborators and contributors. Vogue editor Anna Wintour, who notes Tory’s abilities as “an influential tastemaker” and a “truly sensational businesswoman,” pens the foreword, while fashion journalist Nandini D’Souza co-edits with Tory. Inside are conversations with fellow female visionaries like Arianna Huffington, Carolina Herrera, Hillary Clinton, and Deeda Blair, and artists such as Jeff Koons.

Throughout the volume are full-color images from Tory’s past and present. Her stately Southampton estate and beautiful table for weekend lunches, travels through Marrakech and Machu Picchu with her three sons, the vibrant orange and gilt surroundings of her very first boutique—each photograph recalls a happy memory for Tory. That is, after all, the bread and butter of her empire: the promise of brighter days ahead with a walk in her shoes.

This story was originally published in the October 2014 issue of Town&Country. 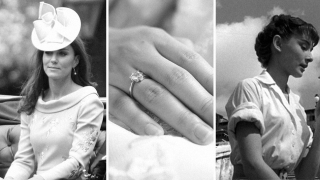 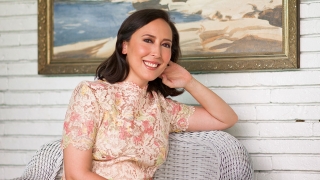