Home decor advice from Chito Vijandre And Ricky Toledo, masters of the artisanal and the antique. 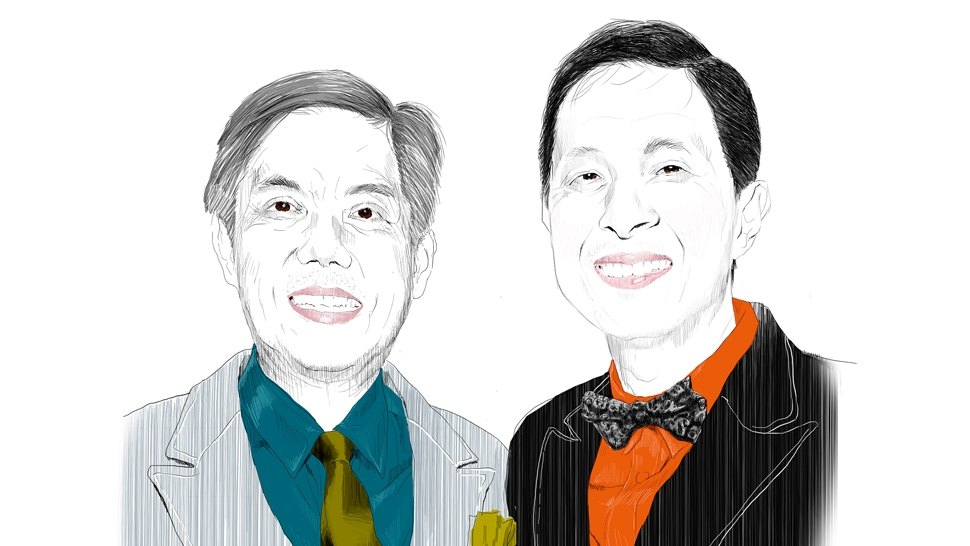 Design duo and tastemakers Ricky Toledo and Chito Vijandre, who travel near and far to source antique and artisanal items for the home, handpick their personal must-haves from their specialty stores Firma and AC+632.

1. Have a unique source of light.
The Vanitas, our signature lamp at Firma, is made from a real ostrich egg, and is carved very slowly. It takes up to three weeks to finish just one piece because the cra smen have to be very careful, as it may easily break under the pressure. The tassels are very ornate, decorated with crystals and semi-precious stones like tiger’s eye, turquoise, jade, and jadeite, which we source from our buying trips. 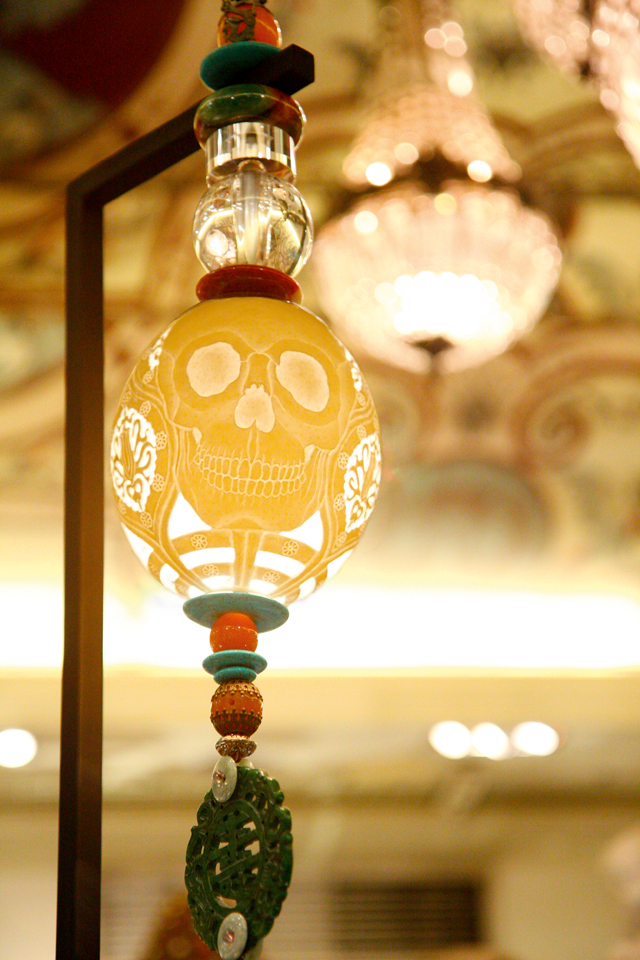 2. Display a piece close to your heart.
Made by Chito himself, our one-off fans are composesd with peacock and pheasant feathers. They are accented with gold-plated metal filigree by a company in Paris, which has done this for over 200 years, though we’re not sure if they are still in existence now. The stones that ornament the fan are from different places, like India and Afghanistan. 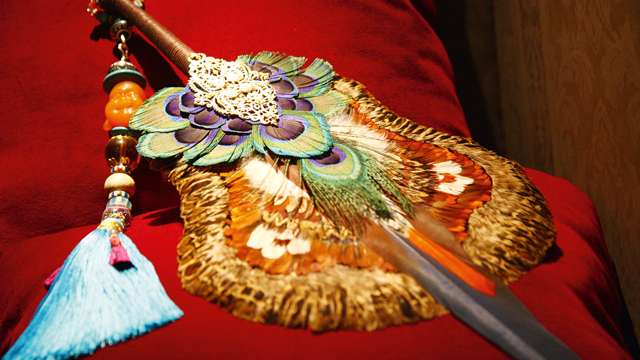 3. Use striking, timeless prints that draw the eye.
We like to work with small artisanal studios and collaborate with them. For this lamp, we worked with a studio in France to compose the design from the studio’s patterns archived from past centuries. We try to keep very classical, and when we choose to go more modern, it is because we believe the designs can become the classics of the future. 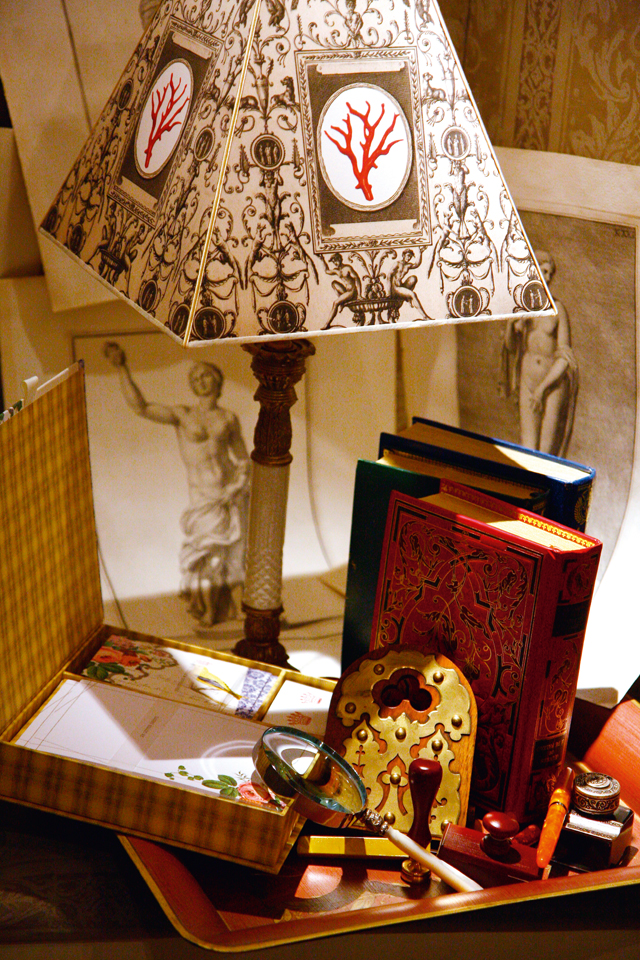 4. Have at least one Victorian piece.
We like the Victorian era because their pieces had many nuances. One would think, “What is this for?” They had many rituals and found the time to cultivate themselves, so they have all these refinements, apparent not only in their cutlery, but also for other things for the home. We have an extendable book slide that is a Victorian piece from England, and is one of the things we think every home should have. People don’t really make these anymore.

5. Keep items that hold a piece of history.
It is always nice to have an object of curiosity at home. We have a bronze statue of Garuda from Indonesia that we are eternally looking at. According to tradition, the Garuda is an enlightened being; a protector against evil forces, it is sometimes referred to as a Buddha. This particular statue has the serene face of a Buddha, and stands on a hybrid of a dragon (representing courage and strength) and a turtle (representing stability and permanence). Another is this Japanese pillow lacquered in the urushi technique. It’s very painstaking, and done in traditional lacquering so it is dried under the moon. It’s an old piece used for leaning tired arms or elbows, but was originally used by geishas for the back of their necks so as not to ruin their coieurs. It also uses antique obi material. 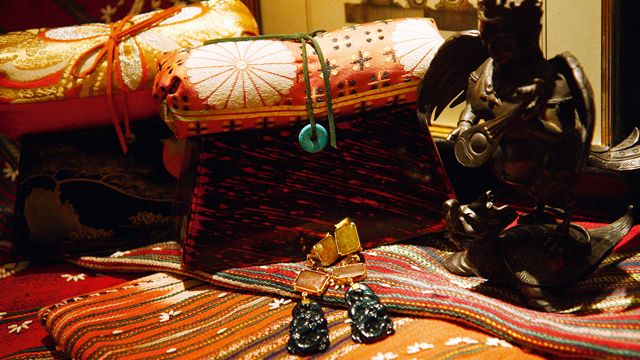 6. Use things out of context.
We love our toast rack made by Christopher Dresser, a famous Scottish designer and silversmith, which makes it very valuable. He is celebrated for his association with the Aesthetic Movement of the Industrial Revolution in the 19th century. The piece is a forward-looking design used to place toast on the table, but it can also be used to organize letters and files. It’s nice to use things out of context. Today, his other pieces are exhibited at the Victoria and Albert Museum in London and at the Metropolitan Museum of Art in New York. 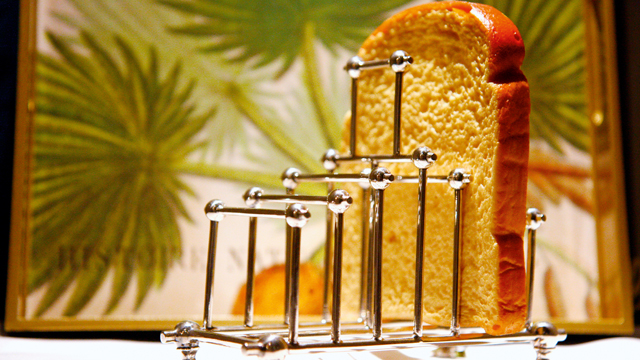 7. Incorporate metallic objects to add polish to any space.
A silver vase from a line by Christian Tortu has a nice feeling to it—very primeval, almost like old Roman, Etruscan pieces; and it will ornament a home beautifully with flowers or on its own. 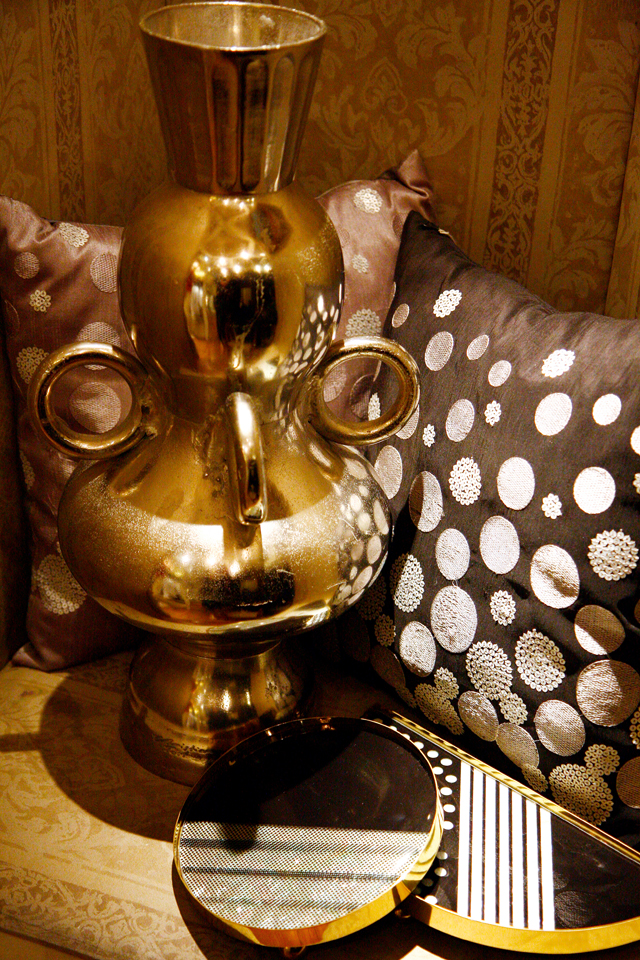 8. Value local talent.
Trays designed by Lilianna Manahan are manufactured in mother-of-pearl and shell with brass and glass by local craftsmen in Cebu. They are unusual and took a while to create. They were supposed to be exhibited at her solo show, Funktion, but she is such a perfectionist that the designs didn’t make the deadline.

9. Stock a tablecloth that can elevate a simple gathering to an event.
It’s important to have pieces that can make a dinner gathering very special. Prepare the dining table as meticulously as the food, and give the whole ritual of dining a sense of delicacy and refinement with a tablecloth like our hand-embroidered piece found in an old store in China that carried never-been-used stock. This is very fine, delicate embroidery done on organdy, which is no longer used as often today. That in itself makes it one of a kind. 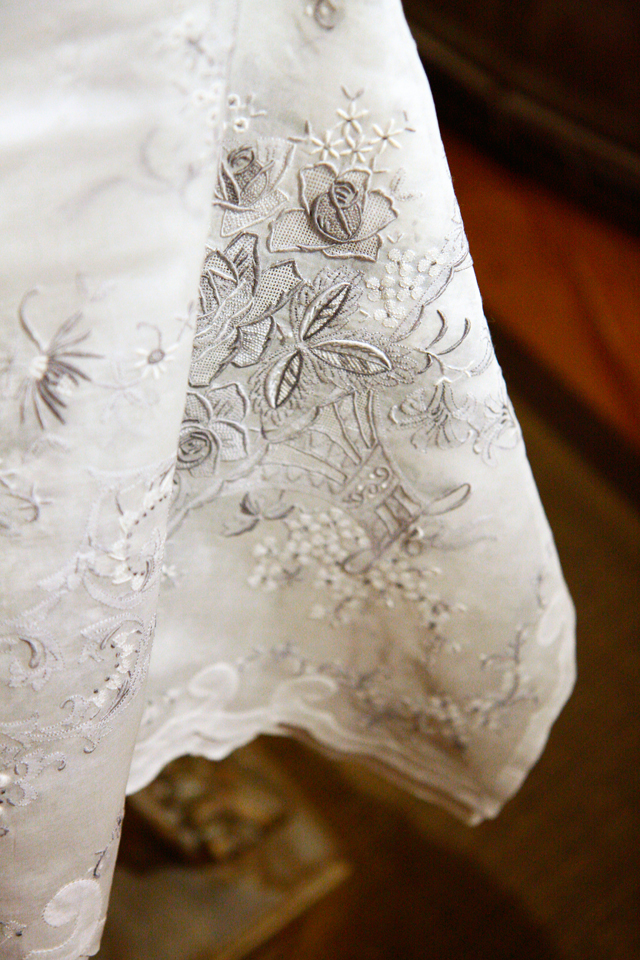 10. Treasure antiques.
Our favorite table is from Brenda Nassarian, an artist based in the English countryside. She reworks antique Victorian bamboo, wicker, and rattan furniture with her trademark découpage to give them a new life. While her pieces can also be found in antique fairs around England, they are very much in demand, as she makes only a few at a time. 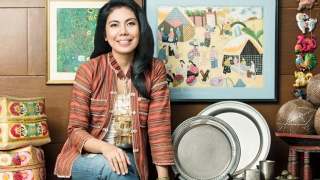 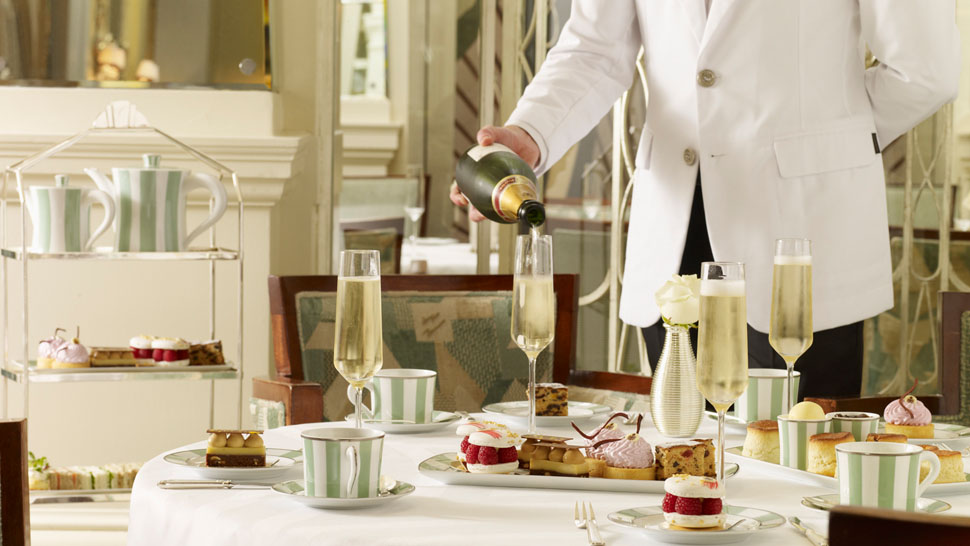 10 Ways To Explore London Like a Local, According to Lisa Periquet
All Photos
Comments
View As List