With the opening of the new highway, the secretary says a solution to Metro Manila's traffic problem is in sight.

On Thursday, February 28, a new stretch of highway linking Manila and Caloocan to Valenzuela and Quezon City will open to the public. It’s the latest project undertaken by the Department of Public Works and Highways, whose secretary, Mark Villar, is kept busy these days with the government’s aggressive Build, Build, Build campaign.

Esquire Philippines took Secretary Villar out for a drive on the new NLEX Harbor Link on Tuesday morning (February 26). Actually, he took us on a drive as he was game to sit behind the wheel of the all-new Toyota Camry to “baptize” the new highway.

“The Harbor Link was started in 2014,” he said as he gunned the car’s accelerator. “When we came in, it was very slow-moving, so we had to form a task force to speed up the acquisition of right of way. Thankfully, we were able to finish it relatively quickly and we’re happy now that it’s ready for delivery.” 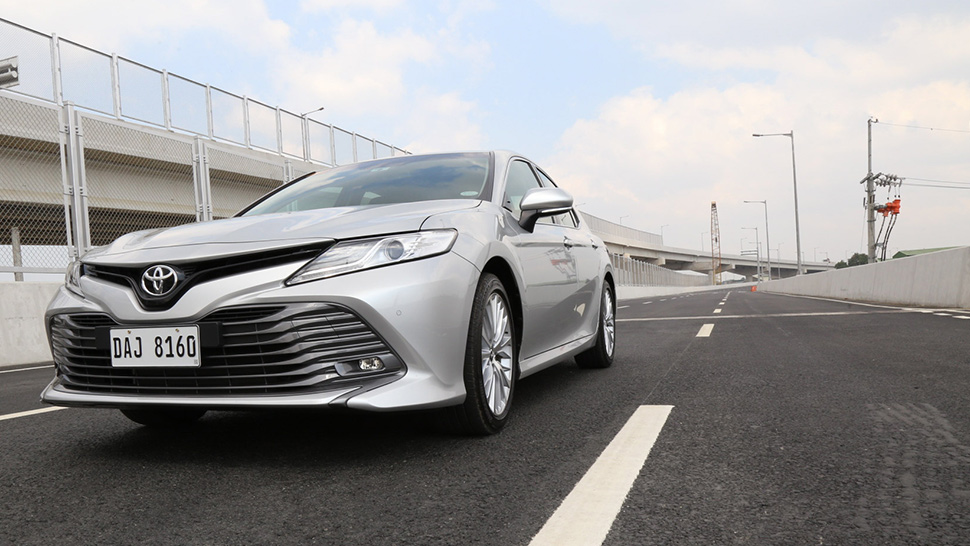 Villar has been touting the benefits of the new stretch of paved road, calling it a gamechanger, particulary for drivers and commuters making their way from Manila’s port area to the rest of northern luzon via the North Luzon Expressway (NLEX)

“It’s a big benefit, because it connects to the port area, so you can imagine how the trucks from the port can use this to go to the NLEX without having to go through the surface roads of Manila,” he said. “And remember, these are trucks that occupy so much space. And it’s not just trucks, but regular vehicles also will benefit. Coming from Manila, to go from Caloocan to NLEX, it might take you maybe an hour.” Villar looks out and gestures out at the spotless new road. “But with this it will only take you 10 minutes to get to NLEX.”

The secretary said they expect up to 30,000 vehicles to use the new road. Users will be charged a minimal toll of about Php9 per way.

The DPWH and the rest of the government’s Build, Build, Build staff have only a few days to bask in the afterglow of delivering yet another solution to ease traffic congestion in Manila before they hunker down to work on the next project. Villar said the next big project they expect to complete is the mainline of the Skyway that will finally connect NLEX with the South Luzon Expressway (SLEX), which they hope to do by the end of the year. 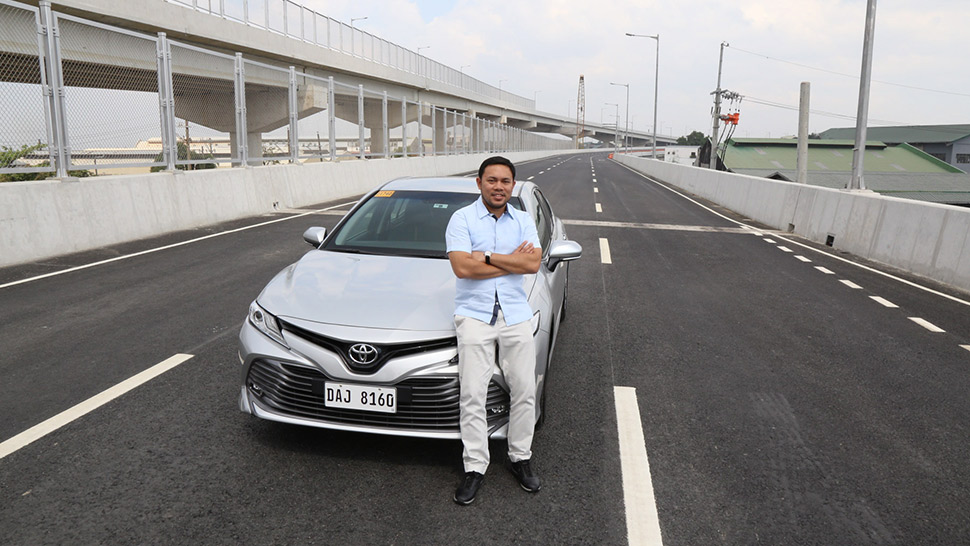 “And we have other major roads: the one linking Coastal Road and C5, that’s another major project,” he added. “We’ll also be opening one portion of CALAEX (Cavite-Laguna Expressway) this year.”

Villar said the goal is to ease traffic in the country, but especially in Metro Manila which has often been described as the city with one of the worst traffic problems in the world. President Rodrigo Duterte himself was quoted as saying that out of all the promises he made during his campaign for the presidency, it’s only the traffic problem that he has yet to fulfill.

“That’s why we’re doing our best to solve it,” Villar said as we end our ten-minute drive-by of the NLEX Harbor Link. “I think we can do it. I believe we can do it.”