Bretman Rock Is a 'Leo to the Ninth Power.' And He's Not Going Anywhere.

The 22-year-old internet sensation is twisting gender and coming of age in a Very Logged On era. 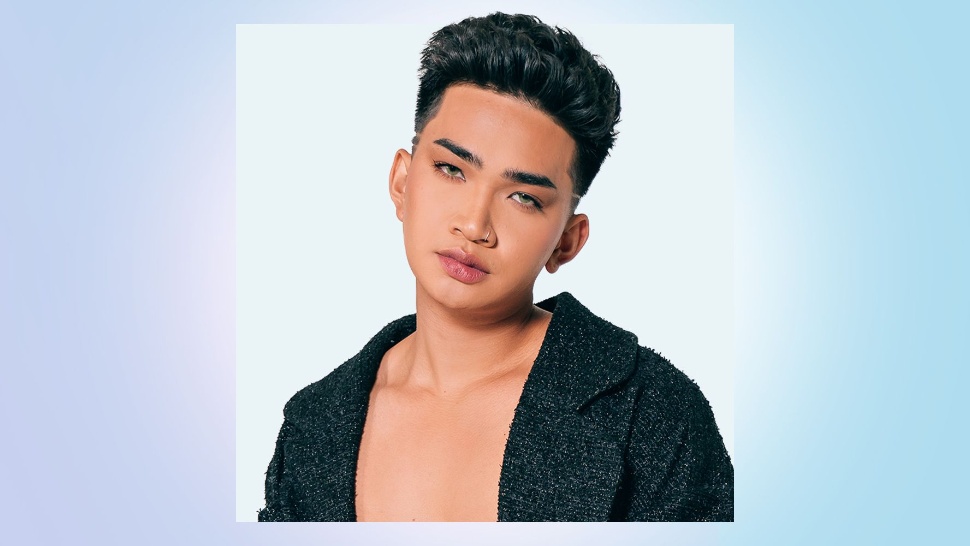 Bretman Rock, YouTuber and social media sensation, is a Leo. He's also Filipino, queer, Hawaiian, Gen Z, and the namesake of two professional wrestlers, but for the sake of our conversation, "Leo" seems to be most important. For those who don't dabble in the astrology section of the internet, Leos are typically known for their exuberance, their confidence, their ambition, and their proclivity to love beautiful things.

It's the last one that ties it all together—the beautiful things. Rock, a beautiful thing himself, has become a noted purveyor of the aesthetically pleasing. With nearly 9 million YouTube subscribers and over 16 million Instagram followers, he offers a cocktail of content: one parts activism, one part fitness, one part mess, and a lot of parts makeup. If you've ever sought out a one stop shop for advice on how to get abs and the perfect contour, his channel is a great place to land. He approaches it all with an excited flamboyance that's evident by every "oh my gosh!" that precedes an answer in our conversation.

At 22, he is a prominent member of an online generation that is changing the conversation around masculinity, gender, and online culture. A Very Online Adolescence™ is not without its share of lessons learned, spit-take moments (see: the launching and deletion of a free OnlyFans), and cathartic epiphanies. But as Rock gets older, he is unabashedly fucking with gender norms and barreling through life, with a few apologies along the way.

I was getting caught up on everything going on with you, and I saw that you just spent some time in the jungle?

Not for fun. Probably one of the most challenging things I've ever done my whole entire life physically, mentally, and spiritually. Oh my gosh, the most challenging thing ever. But I would say I've never really been like that before my whole entire life. My body was literally running on just coconut water and guava for a whole entire week. And my body would literally be running] on two hours of sleep a day because I had to build my own shelter and pads and I had to hike. Girl, it was the most. I learned so much about myself.

I read something about how you dedicated a lot of that time to your dad who I know passed in 2019. I'm so sorry about your loss.

Thank you. Yeah, it was really just... when I first was offered the show, they asked me, "Why are you doing this? Where's the full purpose of it?" And I was like, "I kind of just want to be alone in my own thoughts." And I feel like, especially people my age, us millennial girls, us Gen Z girls, we're so scared to be alone in our own thoughts. I hate when I'm alone and I hate being inside my own head.

When I was in the forest, I was forced to see by myself. I was forced to talk to myself and I think towards the end, I started to talk to my ancestors, and my dad. I would talk to my dad and he wouldn't talk back, obviously. I'm not saying like we talked or anything, but I would ask him for life advice and shit like that. It was a very spiritual awakening, and it definitely got me closer to my dad because I really didn't have that closure when he passed.

My dad and I's relationship before he cheated on my mom… I think it was such a healthy father and son relationship. He always knew I was gay, and he never ever shamed me for being gay or anything. He shamed other people for if they had anything to say. He had a twin brother that he literally beat up for me just because my uncle was being a fucking dick at one point. My dad has always been had my back, has always encouraged me to be myself, and if I dare say so myself, I think my dad was probably one of the most metrosexual [men] that I've met. My dad had the longest, silkiest, healthiest hair you've ever seen on a man. He had an extensive skincare routine. He was very picky with food. He never ate with his hands.

Like people would think like, "Oh my God, you probably love makeup because your mom was obsessed with makeup." Like no, bitch. My dad was a Leo who was also fucking obsessed with himself. We are all very powerful Leos, and that's what fucking raised me. A Leo raised a Leo and that's what you got. A fucking Leo to the ninth power.

When it comes to the different parts of your identity, growing up in Hawaii and being of Filipino descent and being gay, do you feel like there was ever a time where any of those things were in conflict? Or even seemed to complement each other?

I honestly think my upbringing and everything that makes me, me is this big orchestra. Everything just makes sense for a reason. The fact that I grew up in the Philippines, which is a very Catholic faith country, [means] my parents are not supposed to be accepting of gay. I literally would go to church with blush on my face because my grandma put blush on my face, and that's how I grew up. And you would think growing up very Filipino, I wouldn't grow up with the accepting family that I do, but I did. And then when I moved to America, that was when I also met more of my mom's side of the family and they were exactly the same. They were just very accepting. Never once did they ever like make me feel any less of myself. If anything, they've always encouraged me to be gay. If anything they encouraged me to be even gay-er.

They've known that I was a star at a young age. My cousins, my family would always tell me that I was a star. And then when I moved, I met new friends and the state that I live in is so fucking gay. A word that I learned that it's so empowering is Mahu. And the direct translation of that is “the third gender.” And it wasn't until missionaries came to Hawaii [did] Mahu became a derogatory term. So over time, it lost its definition but… why am I telling you this?

I love the word Mahu because back in the olden days, Hawaiians used to think that gays were deeper gender. They embodied so feminine and masculine energy, and they were seeing a team there. They were seen as one of the strongest warriors that they had.

I feel like I grew up with a lot of the internet, but not in the same way that you did. Do you think that you grew up with a fluency of being online that other generations can't get yet?

I actually did not touch any type of computer until I came to America. I knew computers existed, yes, but I didn't have access to them. In the Philippines, I did have video games. We had phones, but it wasn't until I moved to America where I was like, "Oh my God, this is what a fucking computer is. Why is it called a mouse? What the fuck, bitch?" It was something crazy to me when I first moved to America.

But then in the same breath, do you feel like there's an assistance of having the internet and finding your community? Finding your tribe, in a way?

I guess when I first started making videos online, like I said, I was really just doing it for fun, but over time, I met so many people that have the same interests as me. Literally things that I never thought people took interest in. People waited for me just to talk about crystals or people fucking put timers on their phone, put alarm clocks on their phone, just so they could wake up with me. So yes, I found such a great community online and it's a great tool to feel accepted and to find a home. Sometimes you just have to escape the real world sometimes as well.

You’ve always been kind of brazen online and very much unapologetic, but late last year you had toyed with the idea of posting more intimate pictures on OnlyFans. But that's not up anymore. Is there a reason that you kind of reversed on that?

That was, honestly, it was just really because I wanted to post those ass pictures, and then my conceited ass ended up posting them on Twitter anyway. I was like, "Why am I posting these on OnlyFans when I know damn well I'm going to post them on Twitter anyway?" And so when I posted them on Twitter, I was like, "Let me just get rid of my OnlyFans" just because I still would like to subscribe to people and I don't want them to subscribe to me and see my ass pics, you know what I mean? So yeah, I have to delete it because I have to be discrete, because I like to support my sex workers, but they don't get to see me.

I feel like something that our generation has faced, and future generations will face, is that we have to own things we've put online. Is there a time where you've worried you put too much out there?

Yes. When I first started making these videos, I, unfortunately, was not educated enough on social justice things. I would say words that didn't belong to me. And at the time, I'm not going to say like, "Oh, it was a joke" because I should have known, but to be honest with you, nobody educated me on that until I found an [explanation] on Tumblr. And I was like, "Wow. I have videos of me saying these words that I shouldn't be saying." So I deleted them myself. I was fortunate enough to educate myself before the world could educate me on it. And, yes, people still find those videos of me, but they know that I'm not that person anymore. They know that—it’s cliche to say—but I changed. I've learned so much. I'm so much more open and compassionate for other people.

But also at the same time, my Asian-ness taught me so much about humanity and compassion that comes through other people. Because I know that we are not the only ones going through things. There's people out there who are going through worse things than me. And as long as you apologize when you make mistakes and mean it from the bottom of your heart and you correct what you did and you are taking accountability… sometimes one apology is not enough. When you make one mistake, sometimes you have to keep apologizing. 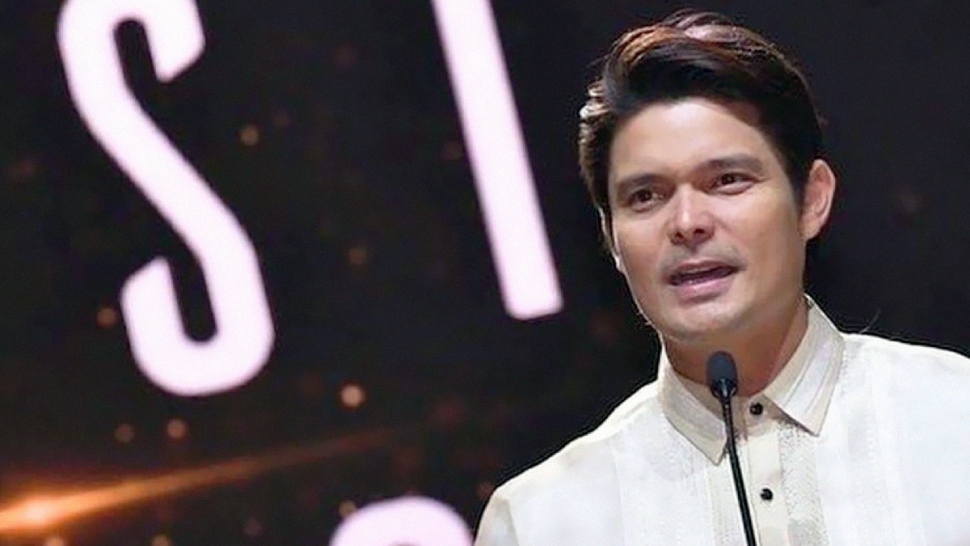 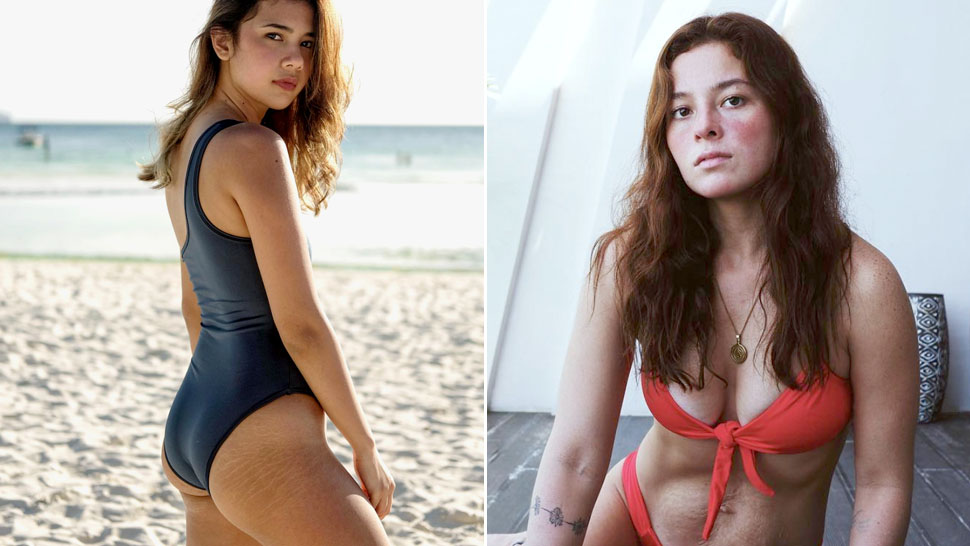