Atenean, This Is Probably Why You're Not Getting Hired

"As I interviewed and worked with more and more applicants, I have grown to like and prefer those fresh graduates from lesser-known universities," says this HR director. 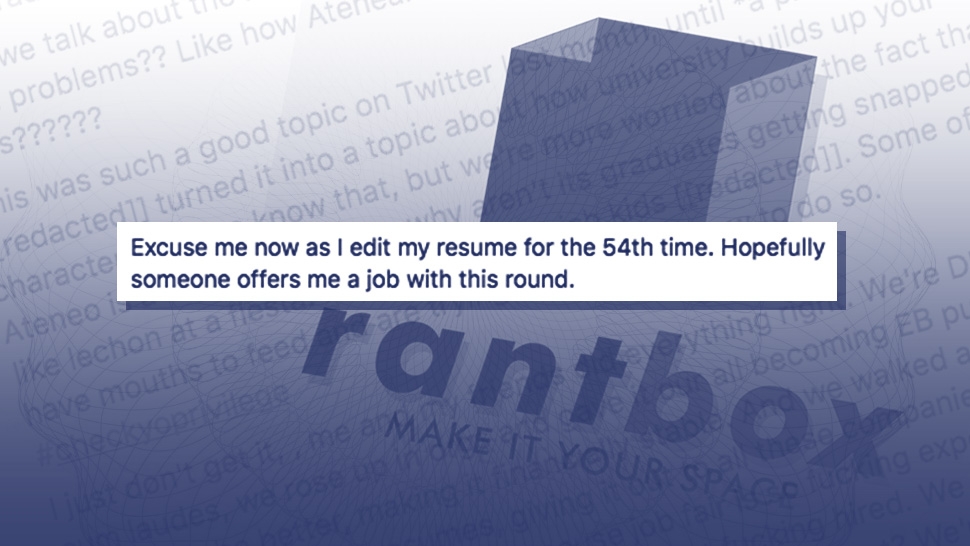 I have read a number of posts from fresh graduates expressing disappointment on how hard it is to land a job these days. I feel for them and I understand where the frustration is coming from as I was once in their place, too. However, two recent posts caught my attention. First, an exchange of messages between a millennial and a member of the academe who was also a hiring manager. Second, and more recently, this anonymous post in a Facebook page called ADMU Rantbox which is now making the rounds online:

To cut a long story short, the anonymous post laments how fresh graduates from Ateneo are not "getting snapped like lechon in a fiesta", how he and his friends "did everything right" while they were in school, how they joined, rose up and contributed greatly in school organizations, how they graduated with Latin honors and how they walked around job fairs and handed resumes to companies "begging" for Atenean applicants. He then continued with a number of expletives expressing disbelief how despite those efforts he still was not able to land a decent job after numerous interviews. While he's at it he also made it clear that he does not want to work for a BPO but he said that he's already tempted as he already went through 40 job interviews. He even condescendingly name-dropped a big BPO company.

I responded. I had to respond.

Like him, I am a proud graduate of the Ateneo. I worked as a Human Resouce Head for an IT Company and I am now an HR director of a start-up marketing company. I've done hundreds of interviews, screened thousands of resumes, interacted with numerous fresh graduates from different industries. Truth be told, when I was new, I told myself that I will only hire applicants from the "Big Four" schools. I thought that I knew the values that they taught.

Suffice to say, I ate my words day in, day out. I was a tad disappointed with a number of applicants who walked in our office reeking of self-entitlement. Some were borderline arrogant. I've had an encounter with a fresh graduate from one of those big universities who was adamant that if I wanted to hire him, I had to agree with his asking salary—a whopping P35,000.

When I made him justify his asking rate, he proceeded to compute how much his parents spent for his college education and how he intended to earn that back in X number of years. My disbelief was through the roof.

We see more and more of these types of applicants walk through the door. Yes, they're educated, and, well, that's about it. Apart from extortionate salary requests, there's an obvious lack of grit, an unwillingness to do "manual labor" (which can be anything from working overtime or being exposed to unairconditioned air), and sometimes even a lack of knowledge on current events and about the job or company.

No, your Ateneo diploma doesn't immediately guarantee you your own office and a secretary the way being royal doesn't mean you get to be king. The world doesn't owe you anything. The four years you spent toiling away in college? That work is only about to get harder.

To be fair, not all graduates from the Big Four exhibit this kind of astonishing behavior. You see success stories of young upstarts and self-made entrepreneurs. Unfortunately, they don't become viral. Why? The difference is in the attitude.

As I interviewed and worked with more and more applicants, I have grown to like and prefer those fresh graduates from lesser-known universities. I'd even look forward to interviewing those who came from the provinces. The difference lies in their attitude. These kids who did not have the privilege of going to prestigious schools are out to prove themselves, they have a drive and sincerity like no other. They are humble, patient, and hungry for knowledge and recognition. They want to make a name in the industry but they know that it's a tough climb to the top. Their humility makes them believe that there are no handouts in life, hence, they complain a lot less and have reasonable demands. They have the grit without the ego. Whatever they supposedly lacked in college, they make up with enthusiasm and the desire to learn.

These are the kids I want to work with and hone for bigger roles. I have no interest in working with those who will roll their eyes on me when I give them constructive criticism because they think they already know everything. Those who will throw shade my way because they deem that the work I am giving them is too clerical. Believe it or not, based from experience, it shows during the interview.

Tell you what. From where I'm sitting, I can tell you that your impressive resume and alma mater can land you an interview. But it's your attitude and character that will get you hired.

About The Author
Mac Vengco Bergantin
Mac Vengco Bergantin is the director for human resources at a start-up.
View Other Articles From Mac
Get The Latest Updates From Esquire!
Subscribe to our newsletter!
Latest Feed
Load More Articles
Esquire Money 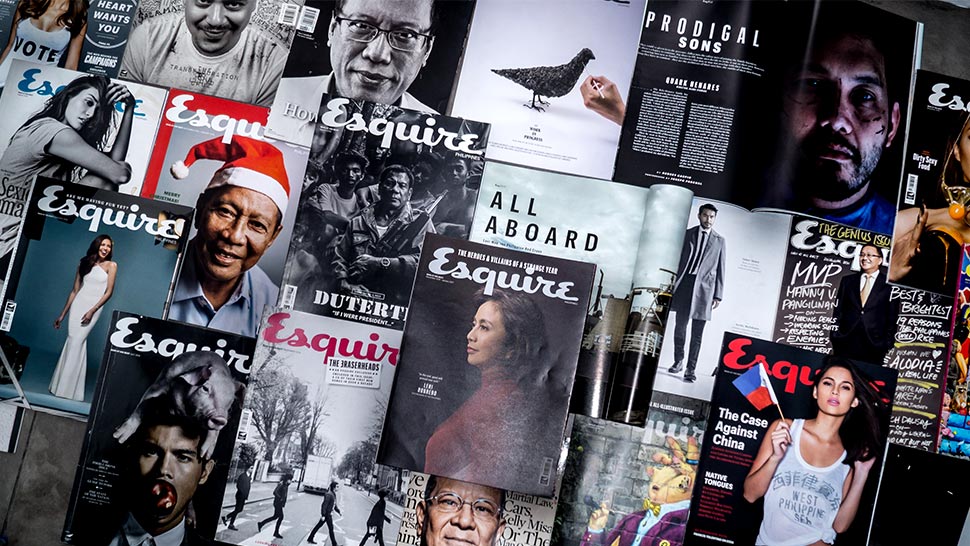 We Didn’t Start The Fire: Esquire Philippines Through The Years