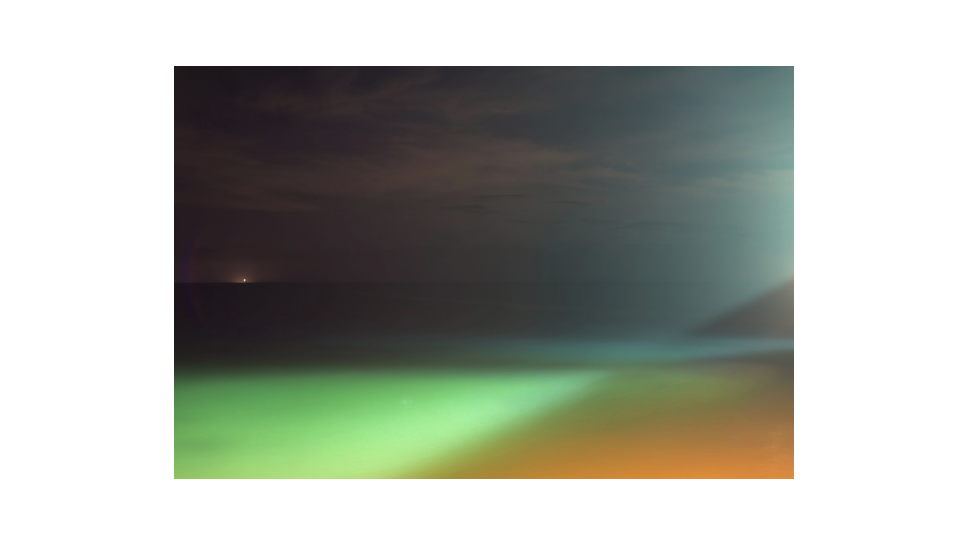 Frank Callaghan says he hadn’t worked for three years before this show. His last exhibit, Dead Ends, was the result of his peripatetic wanderings in the city of London and encountering brick walls and literal dead ends; in relation to this year’s Search/Light, it seems like the prison walls before the break through.

Frank is back on Philippine shores, standing at its edge; and with his camera, he is like one of the several outposts that scans the horizon of Balesin every night at 8 p.m., but instead of casting a beam of light, he absorbs it, and within one frame is compressed an ocean of thought: every single decision made that led to the very moment he presses the shutter.

“It starts with the impression,” Frank says. He was on the beach, in the dark, when a shaft of light suddenly pierced his field of view. In the beginning, there was light, and the birth of an idea. “There were all these different possibilities but I decided on certain rules of composition, and repeated the process to allow natural variations to come in.” He kept shooting for five consecutive nights, following the rhythm of the searchlights, which flickered on and off, far and near, and seeing different things emerge—the white foam of a wave, the ghostly outline of a distant resort, and in the last image of the series, a geometric puzzle of competing lights: one from a boat and another from a security guard that apprehended him, drowning out the now-faint glow of the searchlight, and effectively putting an end to Callaghan’s mission. “The guard radioed the tower to turn on the lights, and as soon as I pushed that boundary, the spell was broken. It didn’t work anymore,” he says. “That was one of the fundamental rules I couldn’t break.” 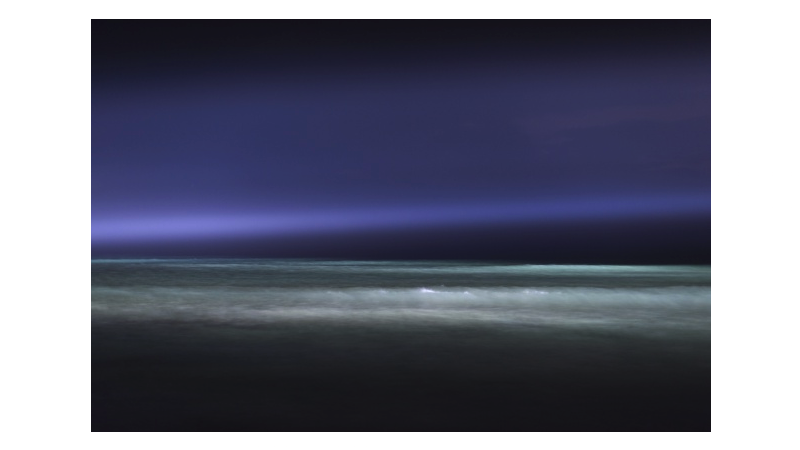 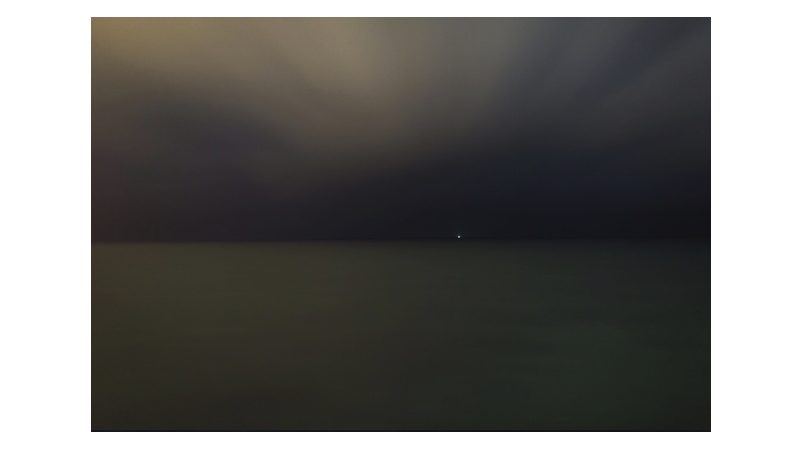 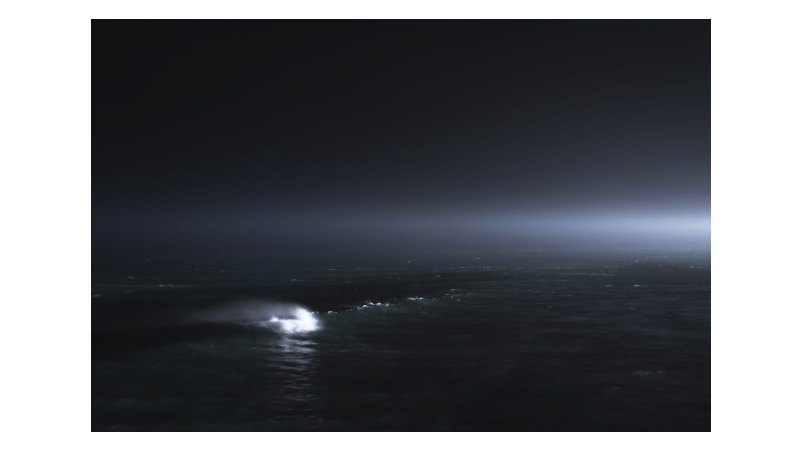 Callaghan started out as an explorer, a wanderer, lurking on the fringes of the city while most people slept. In the intervening years, he’s moved to London and back, gotten married, and built and manages an events venue. His photographic practice has become more distilled, and his work more constrained as it starts to reveal more about himself, the spotlight that cuts the darkness.

His process, a game, was to define the rules only to test their limits, seeing how far he can compress information (visual, emotional, personal) into one image as a piece of communication. “In my practice I’m looking for ways to make that transformation more pure, clean, and direct,” he says.  Liberation is found in the search, where the possibilities are as vast as the inky ocean and starlit sky.

Frank Callaghan’s Search/Light is on exhibit from August 17 to September 16, 2017 at Silverlens Galleries.

View More Articles About:
art
things to do
light reads
More Videos You Can Watch 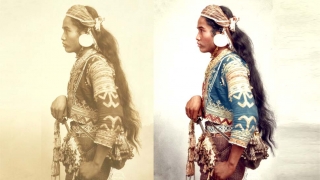 This Guy is Changing How We See Philippine History (Literally) 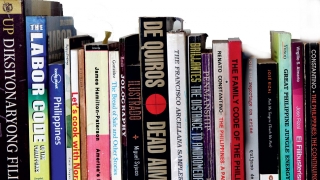