Takayama Ukon was a famous Christian samurai who clashed with some of Japan's most prominent historical figures in the name of his faith.

At the heart of Manila, just outside the walled city of Intramuros, lies the district of Paco. Within this part of Manila is Plaza Dilao, one of Paco’s two public spaces, the other being Paco Park. Both parks have their own storied pasts; Paco Park used to be a cemetery for the affluent Spanish families of Old Manila, and Dr. Jose Rizal was first buried in Paco Park before his remains were transferred to Luneta.

Plaza Dilao has a story just an interesting as Paco Park. The name Dilao comes from the skin tone of the old inhabitants of the area: Chinese Sangleys and Japanese Christian exiles. Paco itself was named Dilao during its early history. While the Chinese eventually settled in places like Binondo and Ongpin, the Japanese made Dilao their home, in no small part thanks to the effort of one man.

At the center of Plaza Dilao stands a statue of a man, neither Spanish nor Filipino, his hair tied in a topknot and a sheathed sword in his hands forming the shape of the crucifix. Nearby there is a marker bearing his name: Justo, Ukon Takayama. 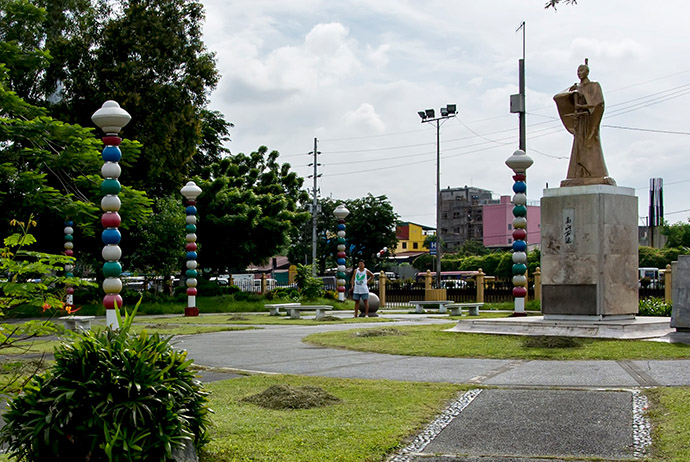 The Samurai of Christ

Justo Takayama, or Takayama Ukon, was one of the most famous Christian samurai of Japan. He was the daimyo (feudal lord) of Takatsuki Castle, Osaka when Japan was plagued by constant civil war, and Portuguese and Spanish missionaries were trying to establish a foothold of Christianity in the country.

Takayama was 12 when he was baptized as a Christian, taking on the name Dom Justo. He would remain a devout Christian until his death. During this time, the Takayama family found themselves embroiled in a series of betrayals and alliances, eventually finding themselves facing off against one of the most powerful daimyo of the age: Oda Nobunaga.

Nobunaga attacked Takayama and, knowing that they were Christians, threatened to kill every single Christian in the area and burn their churches. Justo, unwilling to sacrifice Christian lives, decided to surrender to Nobunaga and serve under him. That Takayama, the “Samurai of Christ”, would serve under Nobunaga, "the Demon Emperor," was an irony not lost on historians.

Takayama, for his part, proved to be fierce and loyal, becoming a highly respected general in Nobunaga’s ranks. He also became a bastion of Christianity in Japan, building churches wherever he went and converting over 18,000 people in the land he ruled over. 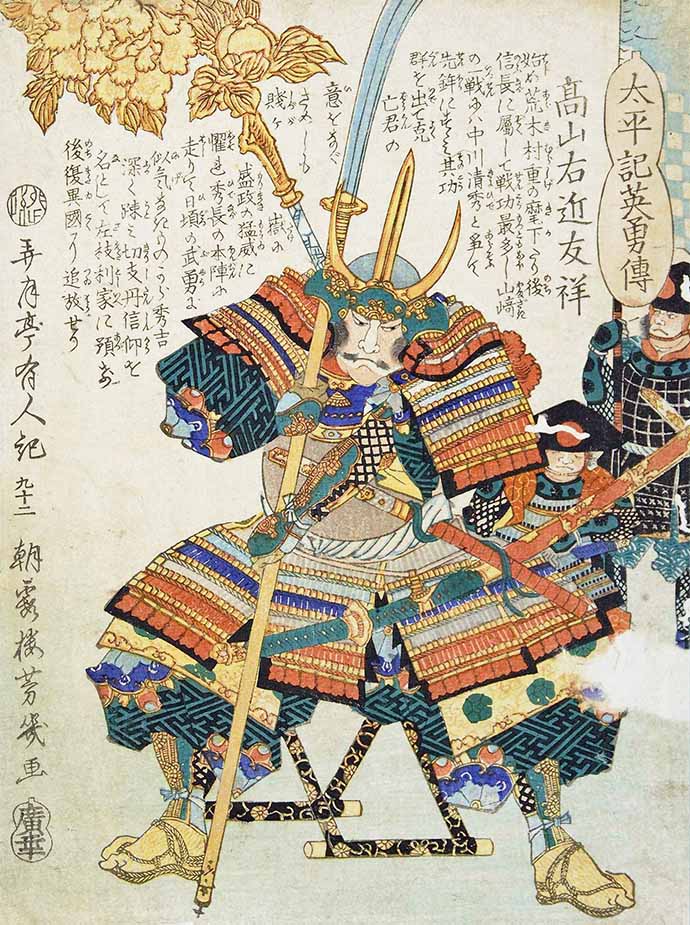 When Nobunaga died, Toyotomi Hideyoshi replaced him. Takayama gained Hideyoshi’s respect and admiration for his skill in battle and his mastery of the art of the tea ceremony, eventually becoming one of Hideyoshi’s most trusted men and enjoying the benefits of being a part of his close circle.

That is, until Hideyoshi went from friend to persecutor. In 1587 he ordered all lords serving him to renounce their faith or lose their lands. Takayama decided to give up his lands rather than giving up his faith, and lived as a retainer for some sympathetic friends, offering protection in exchange for shelter. Takayama practiced his religion freely and focused on the art of the tea ceremony, eventually getting back in Hideyoshi’s good graces. Ultimately, however, even this was not to last.

The vacuum left by Hideyoshi’s death was filled by the man who would eventually unite the country and end the era of civil war: Tokugawa Ieyasu. Ieyasu had secured ultimate control of Japan in 1603, and by 1614 achieved a relative peace.

The growing Christian community, however, was a problem that Ieyasu hoped to nip in the bud, and he ordered the expulsion of all Christian missionaries and people openly practicing the Christian faith. Takayama by this time was and old man over 60 years old. He calmly paid his respects and, along with his family and some retainers, set sail for their new destination: Manila, Philippines. 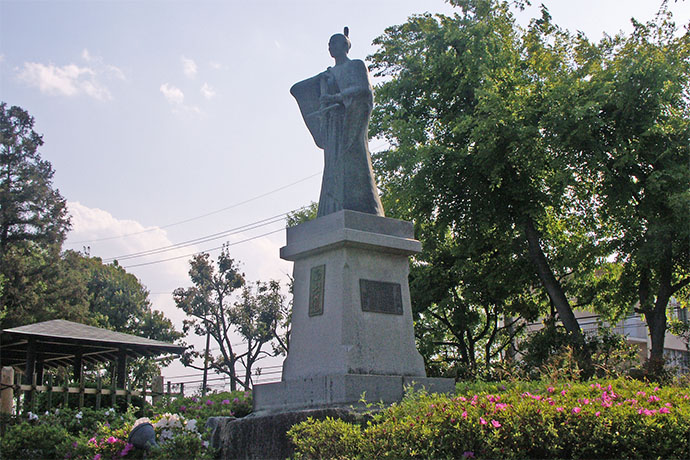 The journey would not prove to be easy. Back then travel from Nagasaki to Manila took roughly 11 days. Takayama took 44 days before crashing in Bataan, almost unable to finish the trip to Manila. Fortunately, they were helped by local fishermen who alerted Governor-General Juan de Silva of the exiles’ desperate situation. They managed to reach Manila on December 21, 1614, and received a warm reception from a gathered crowd of Manileños in Intramuros.

Dom Justo Takayama lived thereafter in Paco, forming a community of some 300 exiles. He was an important figure in the Japanese community—the colonial government even offered to provide him with income and asked him to overthrow the Tokugawa shogunate to protect the Japanese Christians.

Takayama respectfully declined to participate, ultimately opposing the plot. He would fall ill shortly after, the journey and his old age taking a toll on him, before passing away on February 1615. Takayama was given a Christian burial with full military honors, as was befitting of a man of his stature.

On February 7, 2017, Dom Justo Takayama was beatified by the Catholic Church as a Servant of God in recognition of his piety during his life. Although Takayama was only in the Philippines during the last 40 days of his storied career, he was an imposing figure for the Japanese community during the colonial era. Today there are around 200,000 Japanese people in the Philippines, and the statue of the Samurai of Christ stands proudly in Plaza Dilao at the heart of Manila. 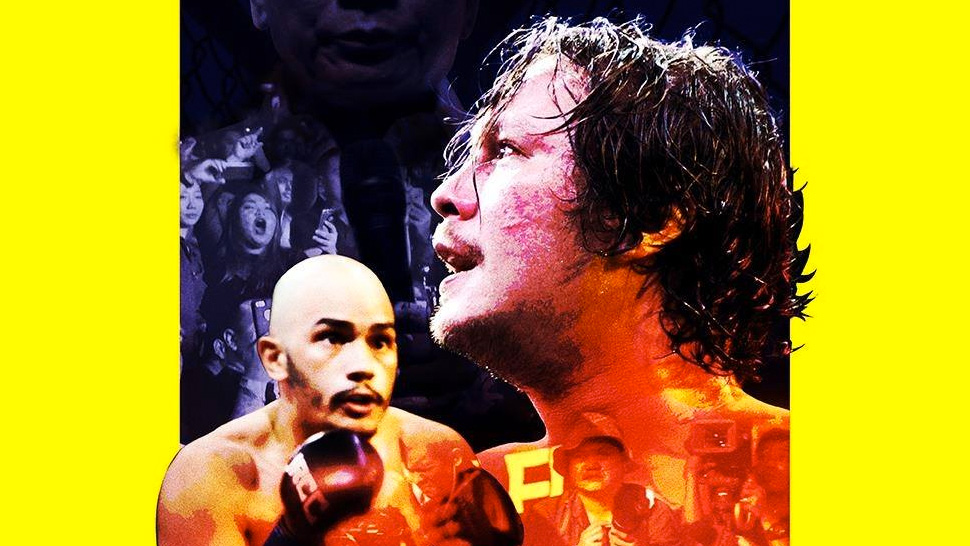