The powerful flavors and rich, familiar culture of Spanish cuisine will forever be tied to ours. 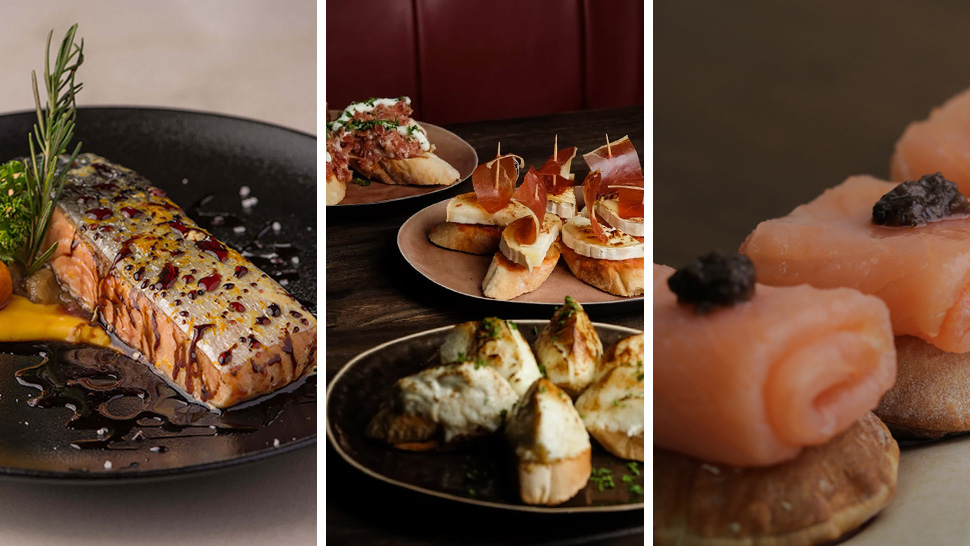 Spanish food, a diverse cuisine inspired by its equally diverse heritage, is a Filipino constant. After all, who doesn't love tapas? We’ve seen many restaurants through the years woo the Filipino palate through powerful flavors and a rich, familiar culture that will forever be tied to ours. While some have come and gone (RIP La Tienda, Mingoy’s), others have fought the test of time and won. And because we just can't seem to get enough of this vibrant cuisine, new concepts have come to join the fray, injecting the landscape with a fresh, youthful spirit. Here’s a list of our favorites—the very best Spanish restaurants in Manila. What we love most about them is how we've embraced a wide range of tradition and novelty.

This list is ranked from oldest to youngest. You can pick your own favorites.

“Papa came to the country to do one thing: to understand the Filipino palate and please it by introducing traditional Spanish comfort food,” said chef Miguel de Alba, Don Anastacio’s son and Alba’s current owner, at a recent event. Alba’s recently opened a new branch, a sprawling, bright space aimed at younger customers at Estancia Mall, Pasig. It's comforting to know that after all this time, Alba’s is still powering through and creating more spaces to share its dishes with more people and their families.

Around a decade after Alba’s entered our shores, Dulcinea entered the scene. Dulcinea Pasteleria y salon de Te was founded in 1963 Ermita by Señor Santos Ruano, whose grandparents ran a pasteleria in Spain. Fifty years on, Dulcinea’s signature blue and white is still here, now evoking memories of the past, of perhaps a childhood spent tasting its numerous baked goods. Despite new owners F&C Group acquiring the brand in 2008, Dulcinea has retained what made it so popular—the homey atmosphere, its wide variety of Spanish dishes, and everyone’s favorite, the Churros con Chocolate.

Ilustrado officially reaches its third decade of existence this year, earning fame and success for its event-ready Hispanic interiors, consistent service (the fact that the King and Queen of Spain has visited twice has been a major cause of pride and validates its position on our list of best Spanish restaurants in Manila), and excellent Spanish-Filipino food.

Casa Armas’ branches may have dwindled to just one—the Malate branch is thankfully, still around—but locals and tourists alike still come to visit and enjoy its Castillian fare. Founded by chef Jesus Armas, Casa Armas is particularly known for its Cochinillo al Horno ala Castellana, a roasted baby pig so tender, the waiters use a plate to chop the whole thing up.

Like other top Spanish restaurants in Manila, Cirkulo has been around for quite a while. The fact that the signs fronting the building are minimalist and can be easily overlooked is a testament to just how well-loved Cirkulo’s offerings are. Helmed by the world-renowned chef J Gamboa, who once presented a show on nose-to-tail eating at Madrid Fusion Manila, Cirkulo’s meat dishes have received much fanfare through the years.

Terry’s Selection got its name from its husband-and-wife owners, chef JC and Mari de Terry, and their discerning method of choosing the items to import into their restaurants. Terry’s takes pride in being very particular about everything that goes in its menu. Details are very important to chef JC, as he is both a chemist and a musician, two professions that require the utmost attention to the littlest of things. In 2017, Terry’s branched out with a new concept, Bistro Madrid, a more casual space that aims to give customers flavors from all 17 regions of Spain.

Three of the most trendy Spanish restaurants today come from three young Spaniards who came to Manila with hopes of entering the local food scene. After over 10 years and eight concepts later, Sergei Rostoll, Dani Aliaga, and Uri Singla have achieved their goal and so much more. Serving, in their own words, “Spanish food that’s a little fun,” each concept has managed to capture what’s current, creating a name for itself among the young professional set. From Las Flores’ well-lit, modern interiors to Rambla’s open kitchen, to Tomatito's (with chef Willy Trulla) sexy Spain of the '80s, each place has its own personality, while still maintaining the same quality dishes every time. Rambla even has its own baby, BCN by Rambla.

Calderon began as a hole-in-the-wall spot in San Juan’s Little Baguio, serving a variety of guests in the neighborhood. It was created by three couples living in the area, each of whom contributed recipes to Calderon’s menu. Angela Melo shared her churros con chocolate, Monchet and Ellen Carballo helped developed the paella and other dishes, and Marmi Perez provided the recipe for Pollo Iberico, a tender chicken roast that is dressed and baked for hours in olive oil, marble potatoes, garlic, and herbs. Today, Calderon’s success has enabled it to venture beyond its little San Juan space, opening up two more locations in the city.

Chef Miguel Vecin’s menu for Bar Pintxos has evolved from traditional tapas and pintxos to a more modern, bold set of dishes, as he grew more confident in his cooking. His food has been described as current and simple, as he uses classic ingredients to create satisfying dishes. Crowd favorites include the bacalao, boquerones, and the seasonal padron and chorizo.

With interiors inspired by the wine houses of Catalonia, Picada Tapeo is quite cozy, a tiny space blessed with a veranda for that al fresco dining option. Serving a variety of Spanish fare including pintxos, tapas, and paellas, Picada has a neighborhood vibe that is great for anyone who just wants to chill and hang out. Bonus for wine lovers: Picada offers unlimited wine and sangria from 5 p.m. to 12 a.m. daily.

The newest restaurant on our list is barely three months old (it just had a grand opening party last June 4, but has actually been open since April) but it’s already making waves. La Picara, which means “to be naughty” or “playful,” boasts of a menu featuring Spanish flavors with an Asian twist. Tapas include three different kinds of croquetas—the Filipino-style Adobo Croquetas, Korean-inspired Kimchi Croquetas, and Japanese-influenced Croqueyaki. Come for the food but check out the view—La Picara’s terrace reportedly has access to a great sunset overlooking BGC.

View More Articles About:
EVERGREEN
restaurants
going out
More Videos You Can Watch