Just turn the cup ever so slightly and...sheesh! 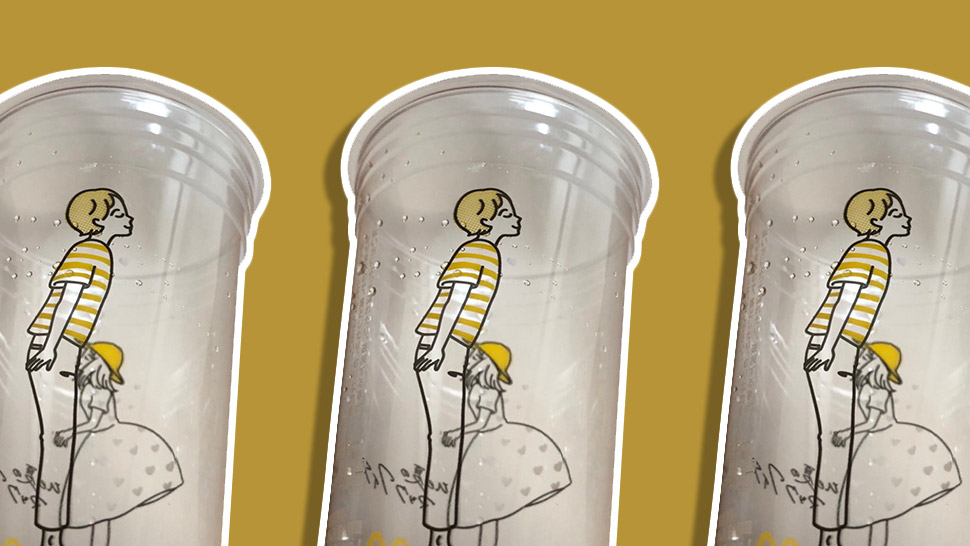 Well. Twitter is in an uproar today. And how is that different than any other day, you ask? It's not, but today's uproar is...simultaneously warranted and hilarious? Basically, Japanese McDonald's locations released new cups for their summer McFizz drinks and, when held at the wrong (...right?) angle, they are deeply inappropriate.

It was GajiinPotBlog (and, shortly after, The Takeout) that first picked up on the McFizz tweets, noting the intention was that the empty cups would showcase a boy and the girl who "line up and share an innocent intimate moment. Rotate the cup and you’ll get a kiss on the cheek or peck on the lips, depending on the design."

But tilt the empty cups one way or another, and you are looking at something a lot less innocent. I don't really want to go into more detail as this is a picture of two children we're talking about here, but suffice it to say that once the webz saw one version of the pic, they started posting their own interpretations:

Per Mashable, the drinks are still on sale in their original form and McDonald's Japan hasn't commented on anything happening in relation to their cups on the internet right now. That said, we've reached out to the U.S. McDonald's team to see if they have thoughts on the matter. Until we hear back, enjoy your McFizzes, I guess? And maybe stay off Twitter. 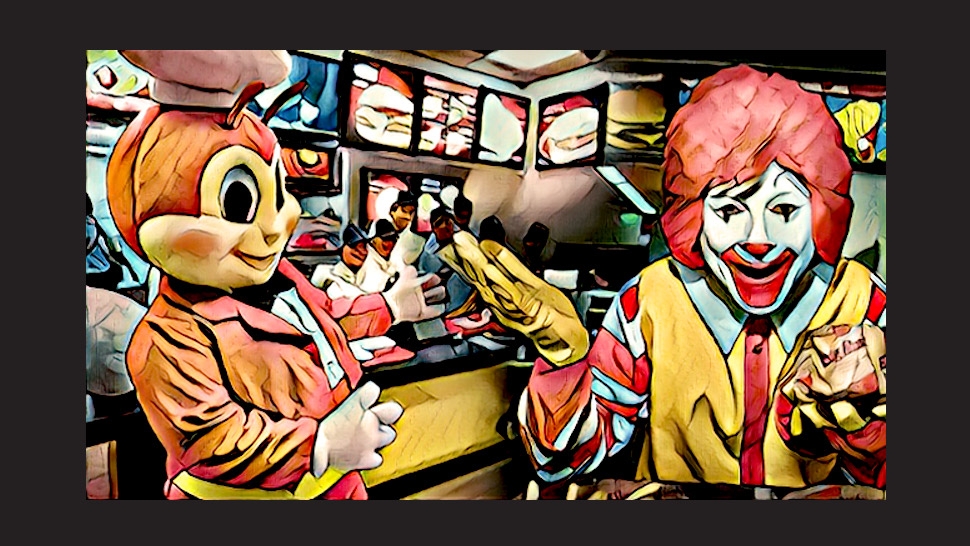 Jollibee or McDonald's: Which Fast Food Is King of the Metro?