Heritage conservation gets a modern take.

The city of Manila is undergoing a major change. Uptown Manila, once the district of early 20th Century sprawling mansions, has now become more democratic with its high-rise residences. But together with this transformation, pockets of heritage conservation are also emerging.

We’ve rounded up a couple of fine examples of heritage buildings that have been repurposed in Manila. They have been suited to address the needs of the modern times without losing soul and character, perhaps a possible direction where heritage conservation should be heading.

Museum of a History of Ideas, University of the Philippines

Housed in what was the Department of Dentistry building, the museum chronicles the University of the Philippines' birth and its contributions to nation building since its establishment in 1908. It took the path of education and public health—as sanitation and the eradication of tropical diseases were primary objectives of the new American conquistadors. Get your history geek on while staring at old medical equipment and blown-up microscopic photos. 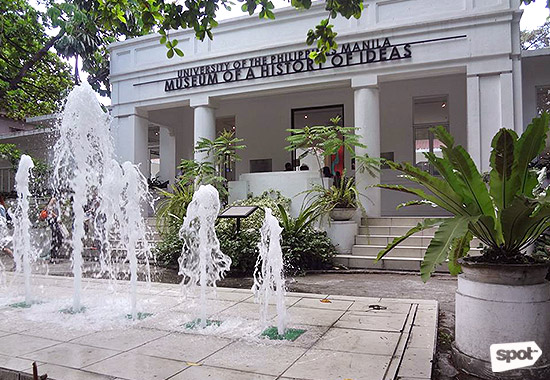 ADVERTISEMENT - CONTINUE READING BELOW
The museum is housed in this white 1930s building. You can hardly miss it as its right next to the Robinsons Place Mall Ermita. IMAGE: Coni Tejada 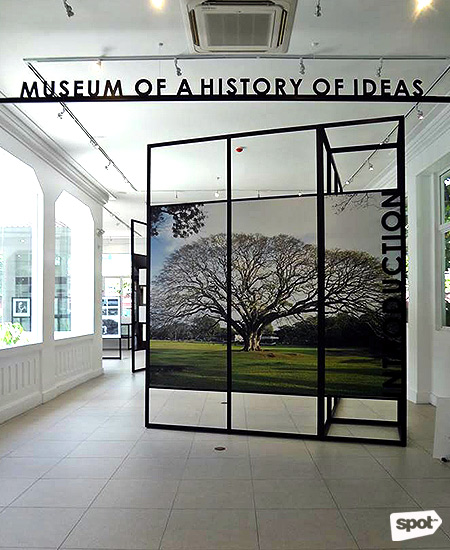 The museum also tells the story of the birth of the University of the Philippines. IMAGE: Coni Tejada 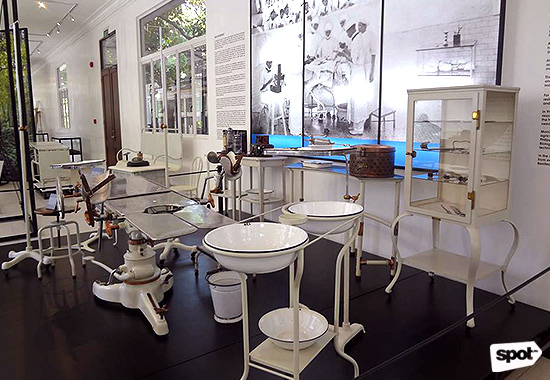 Check out these vintage medical equipment. On the wall are unearthed images of early medical procedures. IMAGE: Coni Tejada 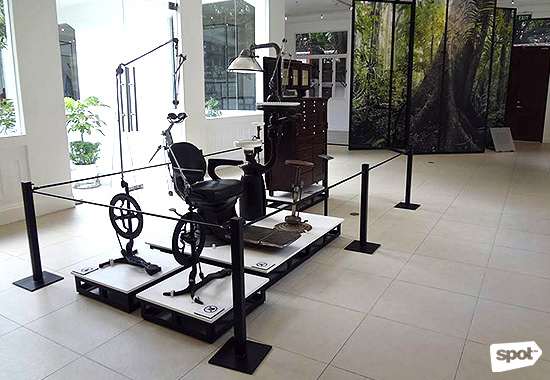 Budget: P75 entrance fee; P60 for Senior Citizens and People with Disability (PWD); P50 for students; P25 for UP students and employees

Open from 10 a.m. to 5 p.m. (Tuesday to Sunday), the Museum of a History of Ideas is at UP Manila, Padre Faura Street, Manila.

This Pasay City compound of the Cheng family features post-war houses intended for the Cheng siblings. It is now a haven for the arts, design, and hospitality. By the entrance of the compound is The Henry Hotel. Further down the path are A11, a showroom and retail store of furniture designer Eric Paras; gallerist and curator Albert Avellana’s Avellana Art Gallery; and the atelier of fashion designer Jojie Lloren. Stay for the weekend and let yourself be recharged from all the beauty this enclave holds. 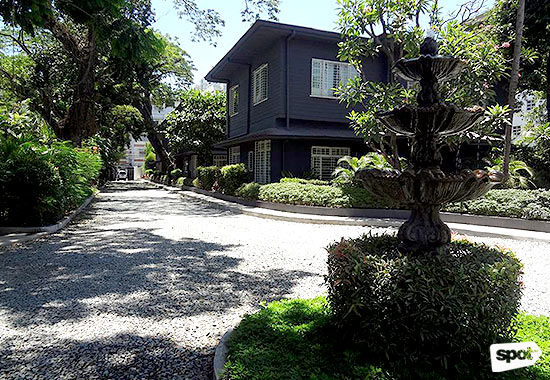 ADVERTISEMENT - CONTINUE READING BELOW
Walking on the Henry Hotel grounds feels like walking into the past. IMAGE: Coni Tejada 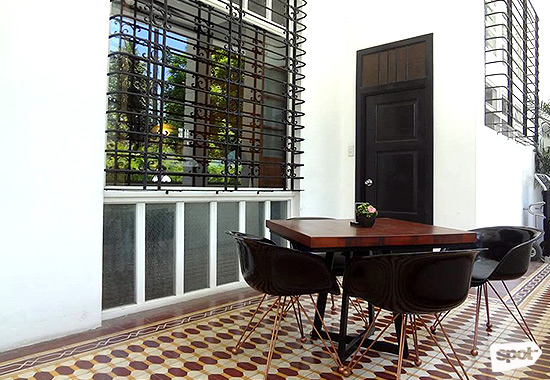 Every design element has been well-thought out, such as vintage flooring mixed with modern chairs. IMAGE: Coni Tejada 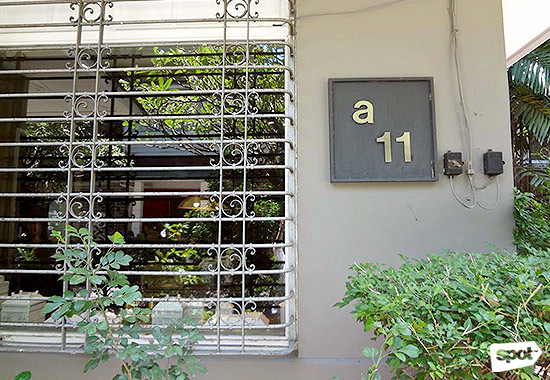 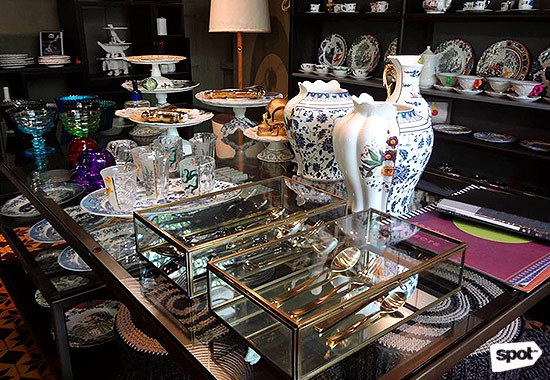 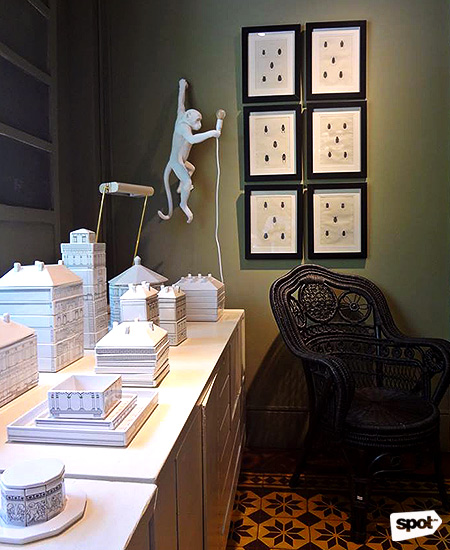 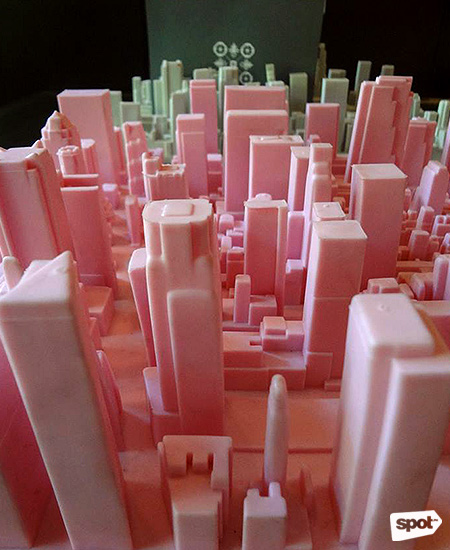 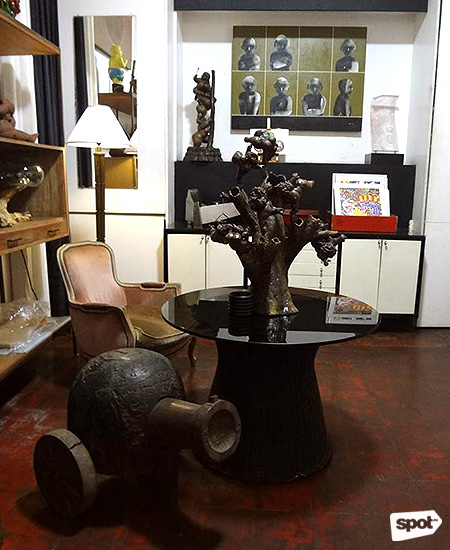 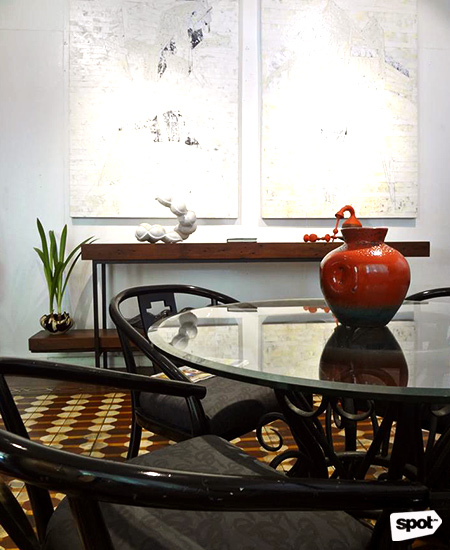 Avellana Art Gallery is curated in a way that suggests how such art could look in the home. IMAGE: Coni Tejada 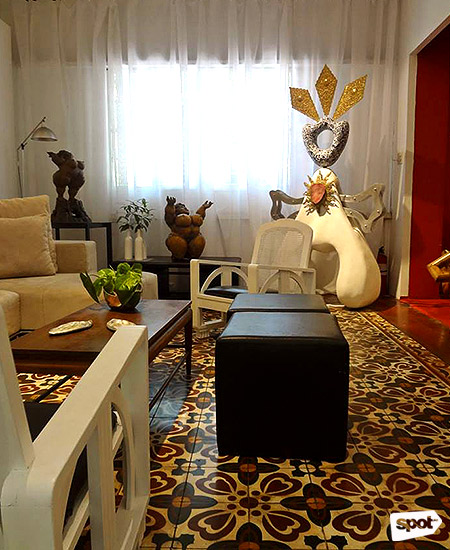 Sculptures of all sizes find their place beside the window. IMAGE: Coni Tejada

Within the labyrinth that is Pasay City is this gem of a home—the residence of National Artist for Architecture Pablo Antonio. He is best known for designing elegant buildings such as Far Eastern University Main Building, the Bel-Air and Syquia Apartments, and the Manila Polo Club in Makati. A far cry from his Art Deco edifices, Pablo Antonio’s 1948 house is reminiscent of Tropical architecture popular in the late 20th Century. His daughter, fashion designer Malu Veloso, and granddaughter Letlet Veloso currently live in the house, but have now opened its doors as a private dining place by appointment. The offerings are what fashion designer Letlet calls comfort food, dishes she grew up with. Must-haves are the Mustard Pork and Chicken, as well as the Chorizo Pasta. Ending what would be a satisfying meal is Tita Malu’s Sansrival and Blueberry Cheesecake. 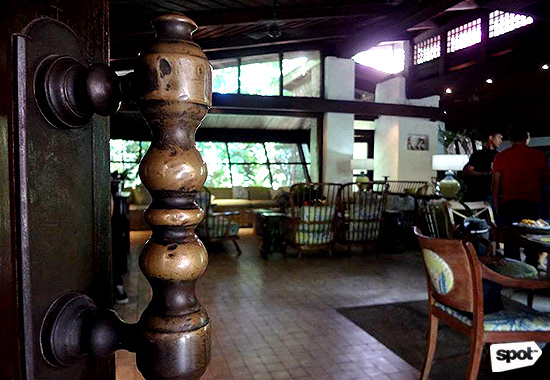 The hefty bronze orb door knob has been used to open the door to a lot of significant people in the nation’s history. IMAGE: Coni Tejada 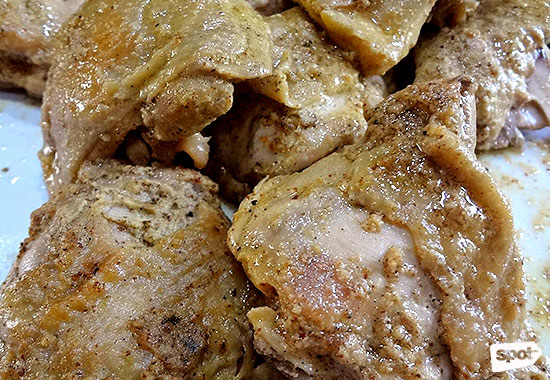 ADVERTISEMENT - CONTINUE READING BELOW
The Mustard Chicken of the Antionio household is a must-try. IMAGE: Coni Tejada 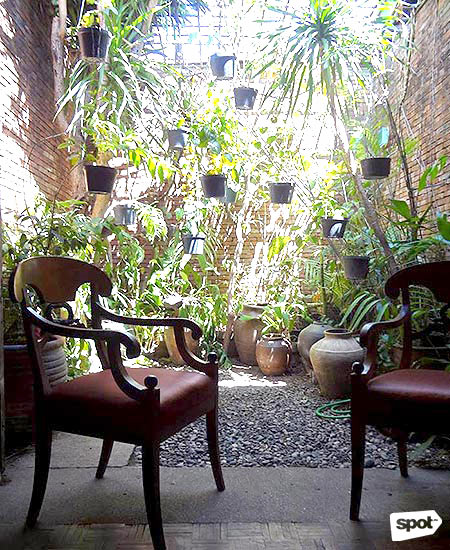 A pocket garden let in some light and breeze into the dining room. IMAGE: Coni Tejada 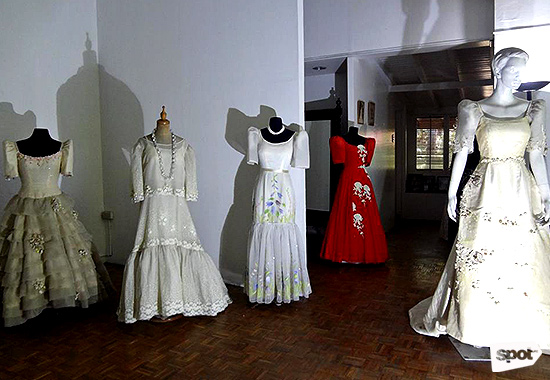 Pablo Antonio’s wife, Marina, was a fashion designer. A room off the living area features some of her designs. IMAGE: Coni Tejada 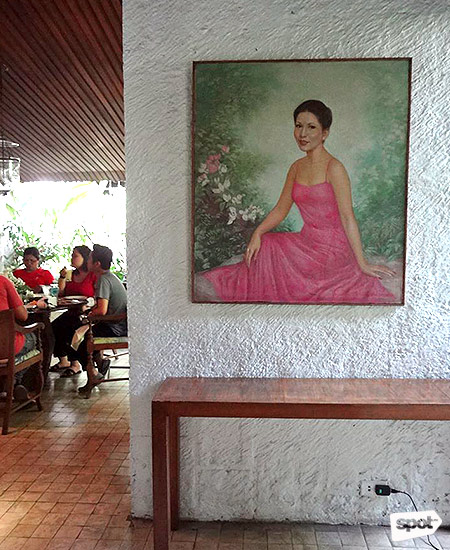 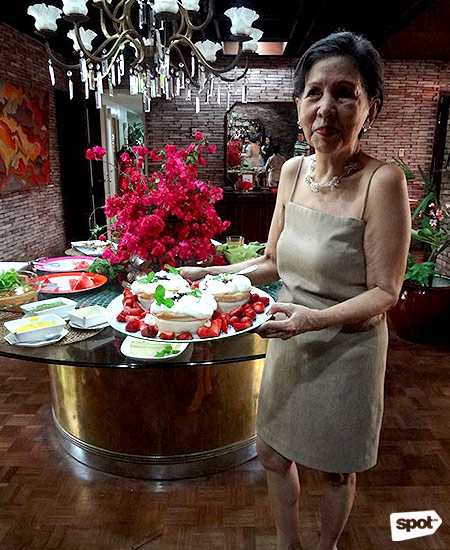 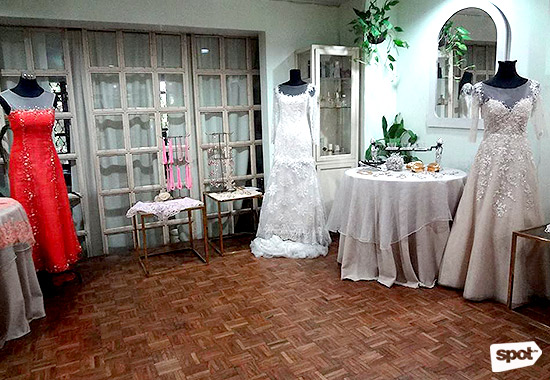 The Pablo Antonio House is at 2650 Zamora Street, Pasay City. For reservations, call 831 8407. You may also contact Letlet Veloso at 0918-702-2125 or visit Veloso Brides at The Podium, ADB Avenue, Ortigas Center, Mandaluyong City. 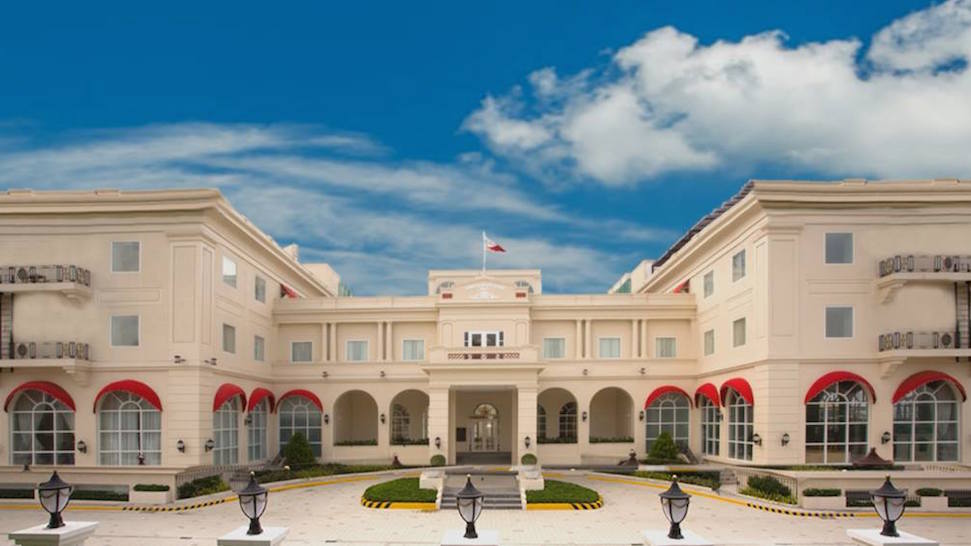 10 Historic Hotels in Manila, Then and Now 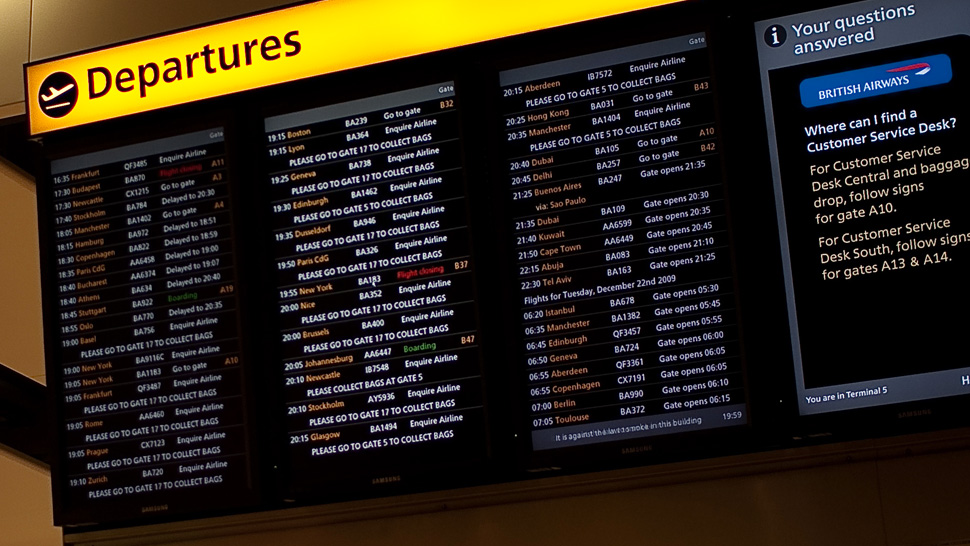