What Happens Inside Asia's Craziest and Richest Parties?

The rich go to one source for their exclusive parties. 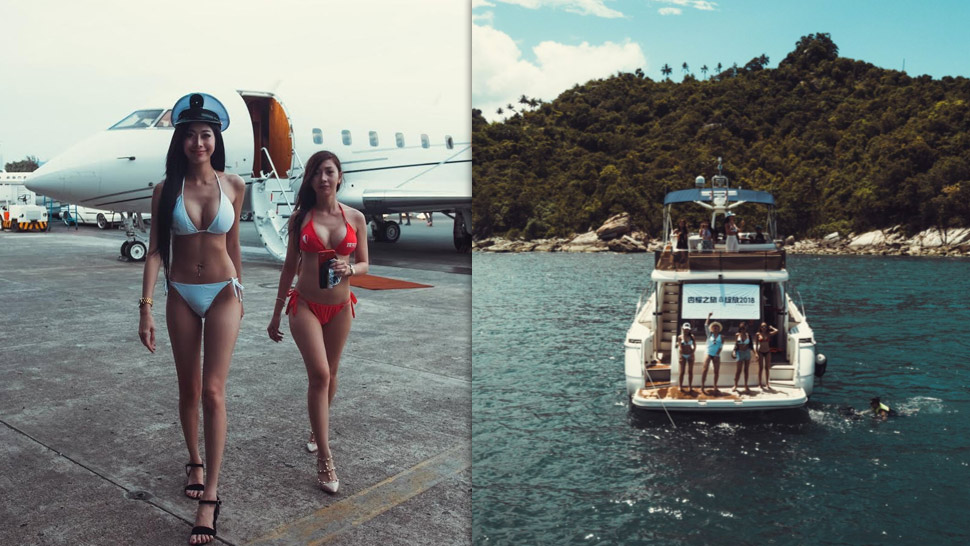 You’ve fancied it at some point in your life: partying like a crazy, rich Asian on a giant luxury yacht in the middle of the Pacific ocean, with people you only see on TV and in magazines, with waterfalls of liquor enough to get an entire city drunk, and with hordes of women with overdeveloped backsides, romping around in bikinis and looking at you like you’re the president of the entire galaxy.

Yep, we’re sure you have.

Neuto Entertainment is a luxury service outfit that caters to clients around the world. They plan the craziest, wildest, most intense parties in Asia. 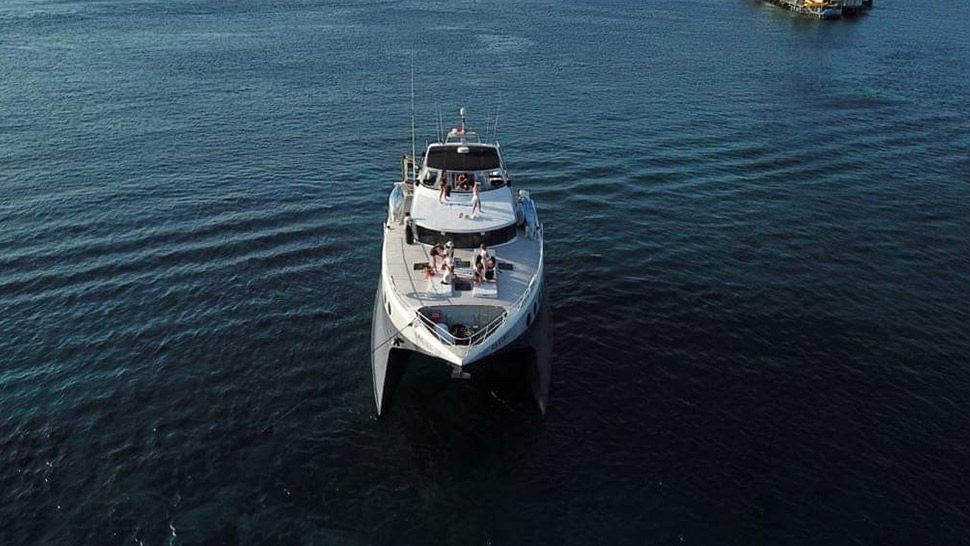 Way before the Dan Bilzerians and Travis Beynons of today, there were the hip-hop videos on MTV that made you feel a creeping jealousy toward this highly enticing figment of urban fantasy called the lifestyles of the rich and famous. And then you wondered: What is it like to experience something like this?

Well, thank the gods for writers then.

To figure out what really goes down in the outlandishly luxurious (but still legal) parties of the rich, Esquire joined an elite VVVIP party by Neuto Entertainment, the luxury service outfit that caters to clients around the world. We were given access to the planning of the event, heard crazy stories about previous projects, got to know the people behind the curtain, and of course partied.

The girls, the booze, the lavish partying—are actually entry-level stuff. When you have disposable cash that's 10 times the average yearly income of an office worker, you won’t get your rocks off on mere parties anymore. 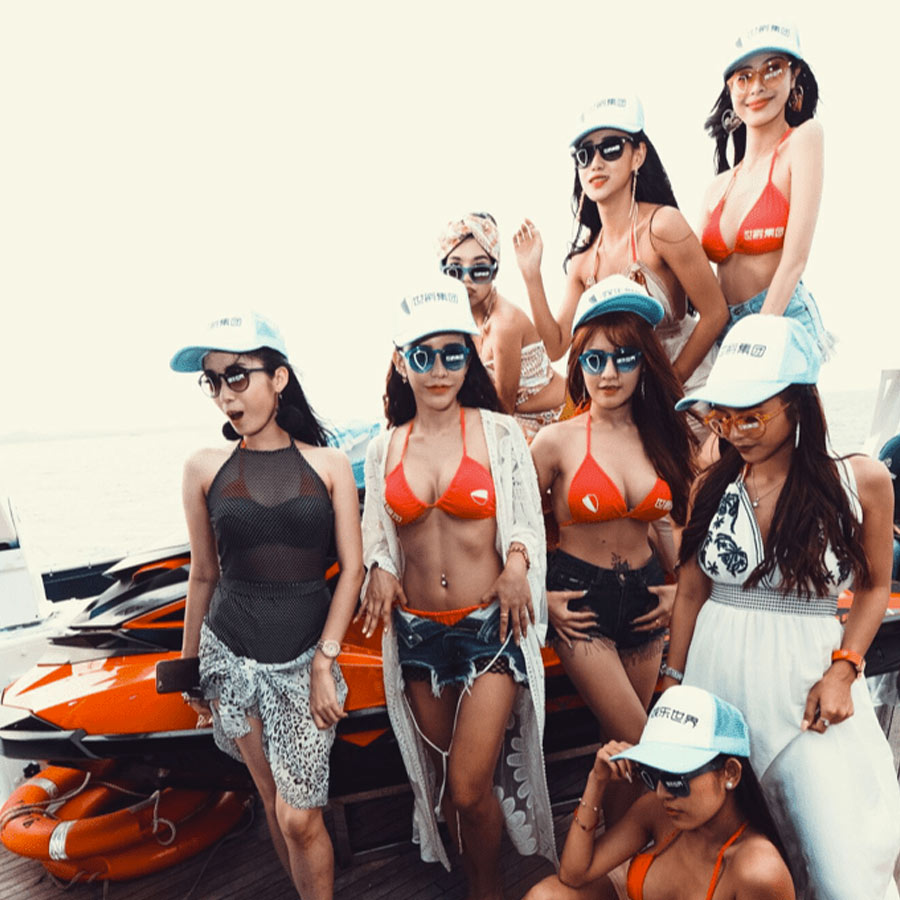 So the stuff we usually see—the girls, the booze, the lavish partying—are actually entry-level stuff, according to Neuto founders, who go by Sense and Edison. Apparently, when you have disposable cash that's 10 times the average yearly income of an office worker, you won’t get your rocks off on mere parties anymore. You want to experience the next best thing money can buy legally (we’ll get to that later).

Regardless, such entry-level packages are still kick-ass, and it starts with location. Wherever you are, wherever you want to go, they’ll pick you up and bring you there. And we mean anywhere.

It’s all about being the man and everything that comes with that notion. A limo, a stretch hummer, or whatever vehicle that can be converted into a mobile bachelor suite is where the experience begins. 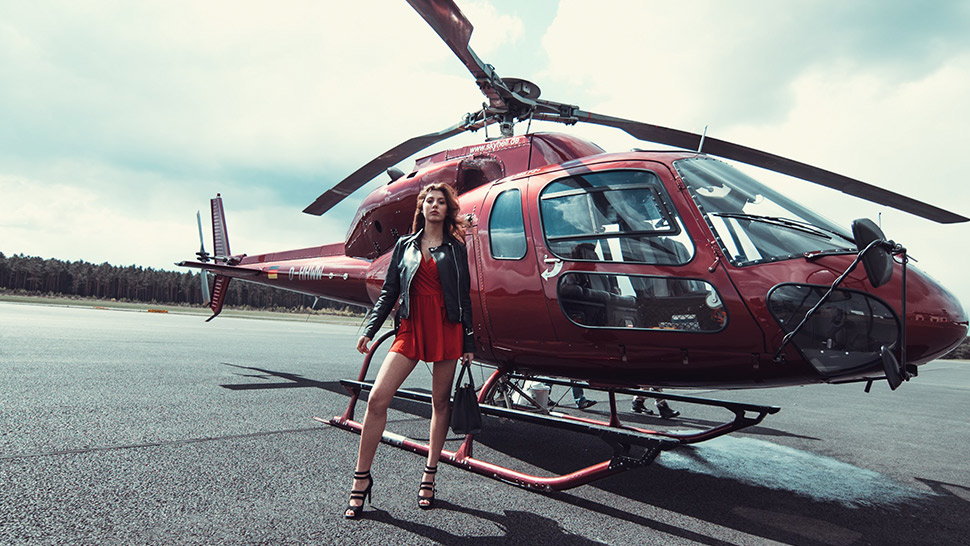 It’s all about being the man and everything that comes with that notion. A limo, a stretch hummer, or whatever vehicle that can be converted into a mobile bachelor suite is where the experience begins. From there, the car brings you to a private hangar with your own charter jet—engine already running. If you want to be at sea, a yacht would be waiting for you.

Every step of the way, you’re surrounded by the best food, the most expensive booze, the most premium amenities, the best staff, and the most beautiful women you can possibly meet. You even have your own freakin’ security detail. Because of course.

So when we say that yacht parties are for starters, we mean that, once clients choose services for their party, they go beyond the material—they go experiential, and we mean outrageously experiential.

Think of the movie The Game by David Fincher. (Spoiler ahead, if you haven’t seen it.) Remember how the main character thought everything was real, but it turned out everyone’s a hired actor, carrying out roles to truly give him an experience of a lifetime? Well, we witnessed one. And boy was it elaborate—not to mention highly creative. 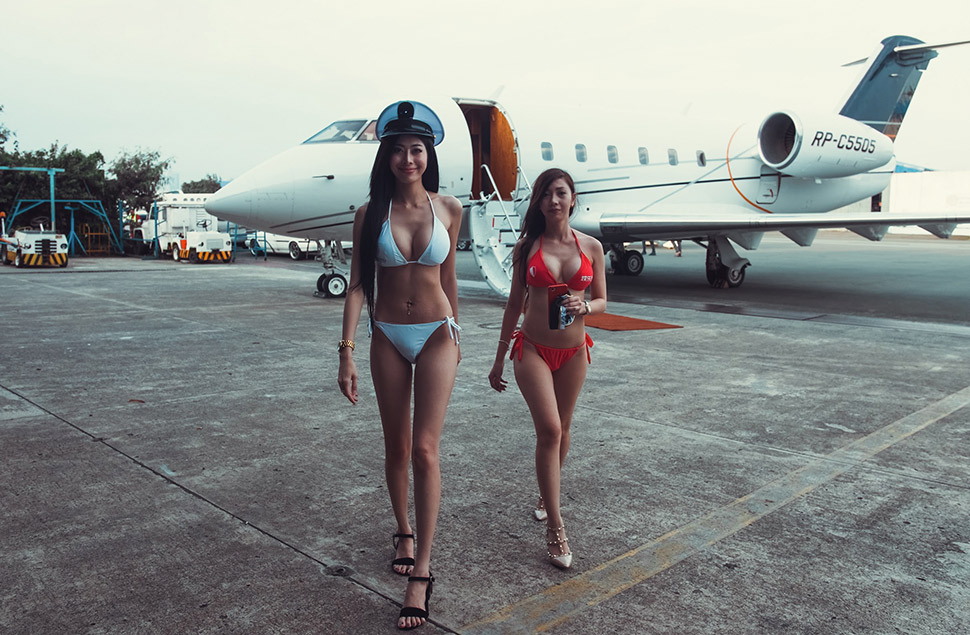 A man from Hong Kong had one wish and he’d pay any amount of dough to get it done perfectly: He wanted to propose to the woman of his dreams. The catch was, the encounter was the first time they’d ever meet. This wasn’t going to be the run-of-the-mill proposal where a guy goes down on one knee and then garners a handful of hearts on Facebook.

Nope. The organizers booked every single table in the most expensive and exclusive restaurant in town, hired actors to play out a scene, and set up a dramatic sequence of events that involved an altercation, fine art, and, wait for it… a freakin helicopter.

But that’s not even the craziest thing you can do if you have balls big enough and pockets deeper than the Marianna Trench.

Now, we may have not witnessed the following stories shared by the staff and crew, but from what we’ve seen, we’re positive none of the things we’re about to say are fictional or exagerrated.

One recent party had a pirate theme, and no, it’s not the kind that you see in Disney World with pirates who look like theater school rejects. We’re talking about an actual ship sailing on the Pacific Ocean toward a private island where the guests can “pillage” their way to a weekend they’ll never forget. And oh, there’s also a buried treasure in there somewhere.

At Neuto, a "pirate-themed" party is going to a pirate island where they can pillage their way to a weekend and find buried treasure. 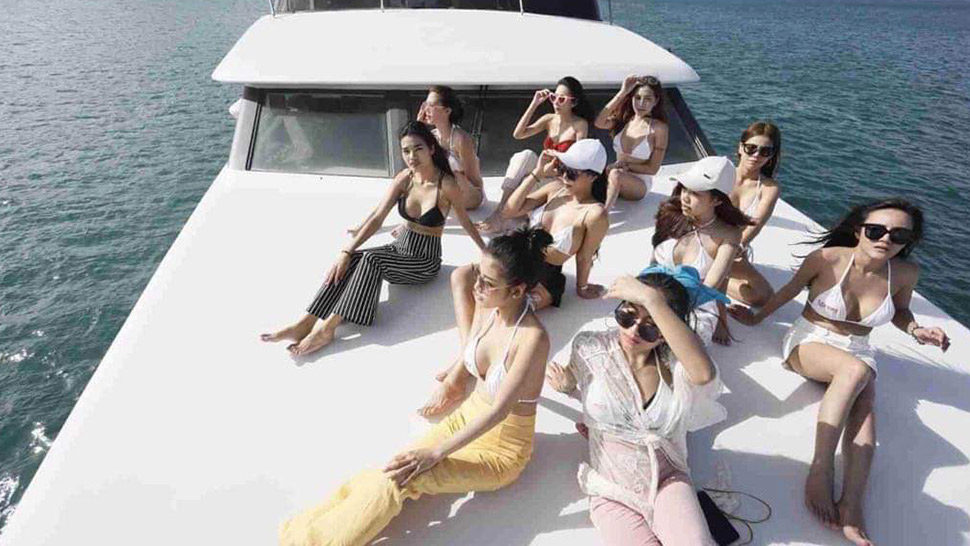 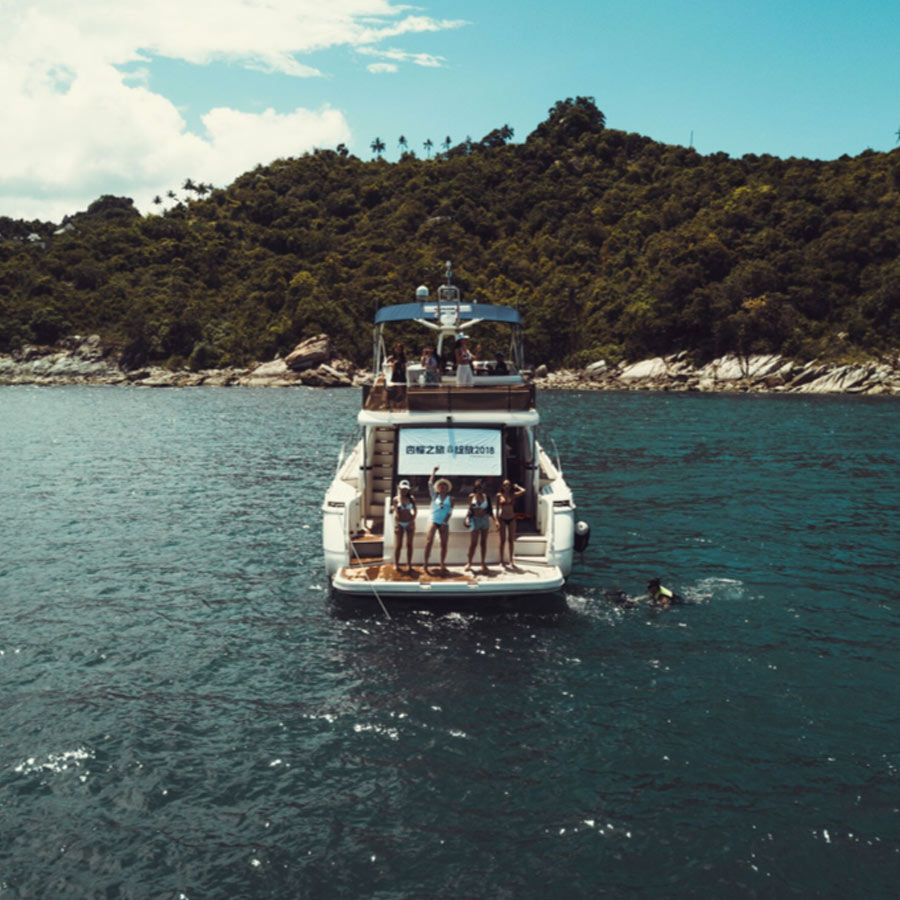 Another client wanted to live out his James Bond fantasy, and so they flew the guy in a private jet and parachuted him into a European city, where he carried out an elaborate made-up mission across The Boot. It was an adventure that involved Aston Martins, beautiful women, gambling escapades, and, get this, a Russian WWII army tank.

Altogether, from the things we’ve seen and the stories we’ve heard, such luxuries seem to fit those who are ballsy enough to step way outside the realm of the mundane. And when we say way outside, we’re talking light years beyond the usual.

After all, if you’ve got all the money in the world and can afford anything, what else can get you excited? With buckets of creativity, the right price, and as long as everything’s consensual, safe, and within the bounds of the law, nothing is impossible.

About The Author
Duane Lucas Pascua
Duane is an advertising copywriter by day. By night, he moonlights as a visual artist, screenwriter, mixed martial arts fighter, jiujitsu practitioner, alt model, Japanese bondage enthusiast, burlesque performer, and salsa dancer. You can follow him on Instagram at @duanelucas and on Facebook at www.facebook.com/duane.pascua
View Other Articles From Duane
Get The Latest Updates From Esquire!
Subscribe to our newsletter!
Latest Feed
Load More Articles
Esquire Money 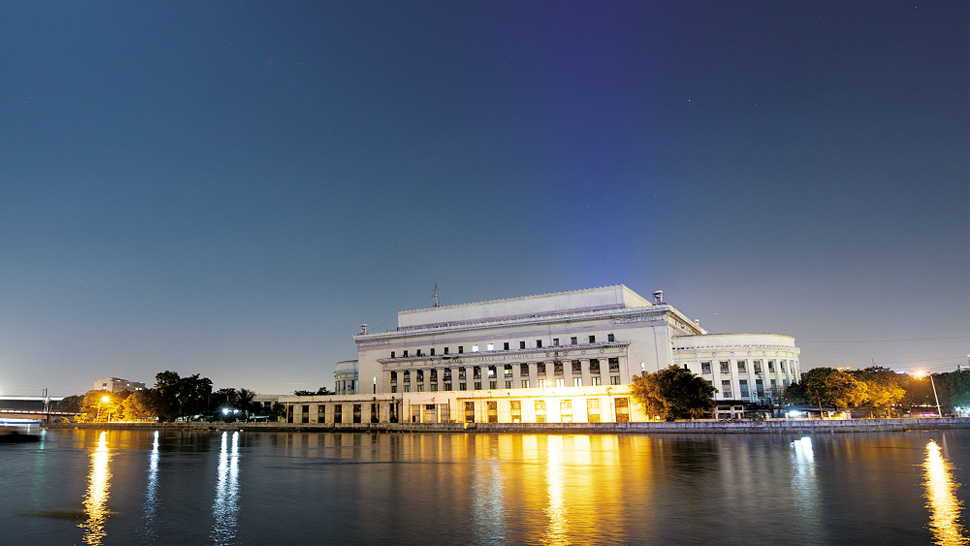 Which Foreign Nationalities Do Filipinos Prefer to Marry?
All Photos
Comments
View As List