A look back through pictures of Manila the way it used to be. 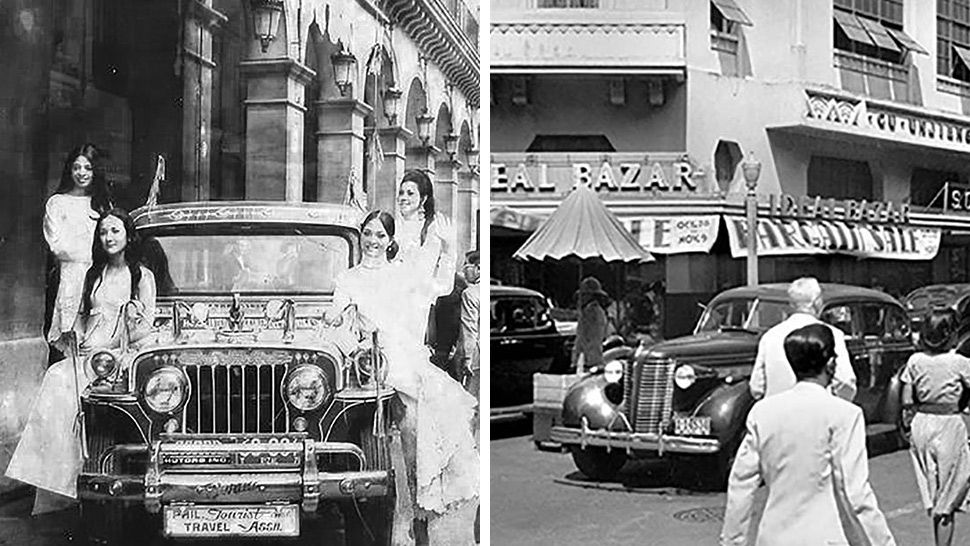 The Metro Manila we know now is busy, crowded, and often suffering from . Although sometimes hard to believe, Manila was once praised for its opulence and decadence, earning the label "The Pearl of the Orient."

While most of its architecture was destroyed exactly 70 years ago during World War II, some landmarks have survived the test of time. It proves that Manila is ever alive–a dynamic city with a growing and diverse population.

Check out these photos of old places and things in Metro Manila at different periods through time. 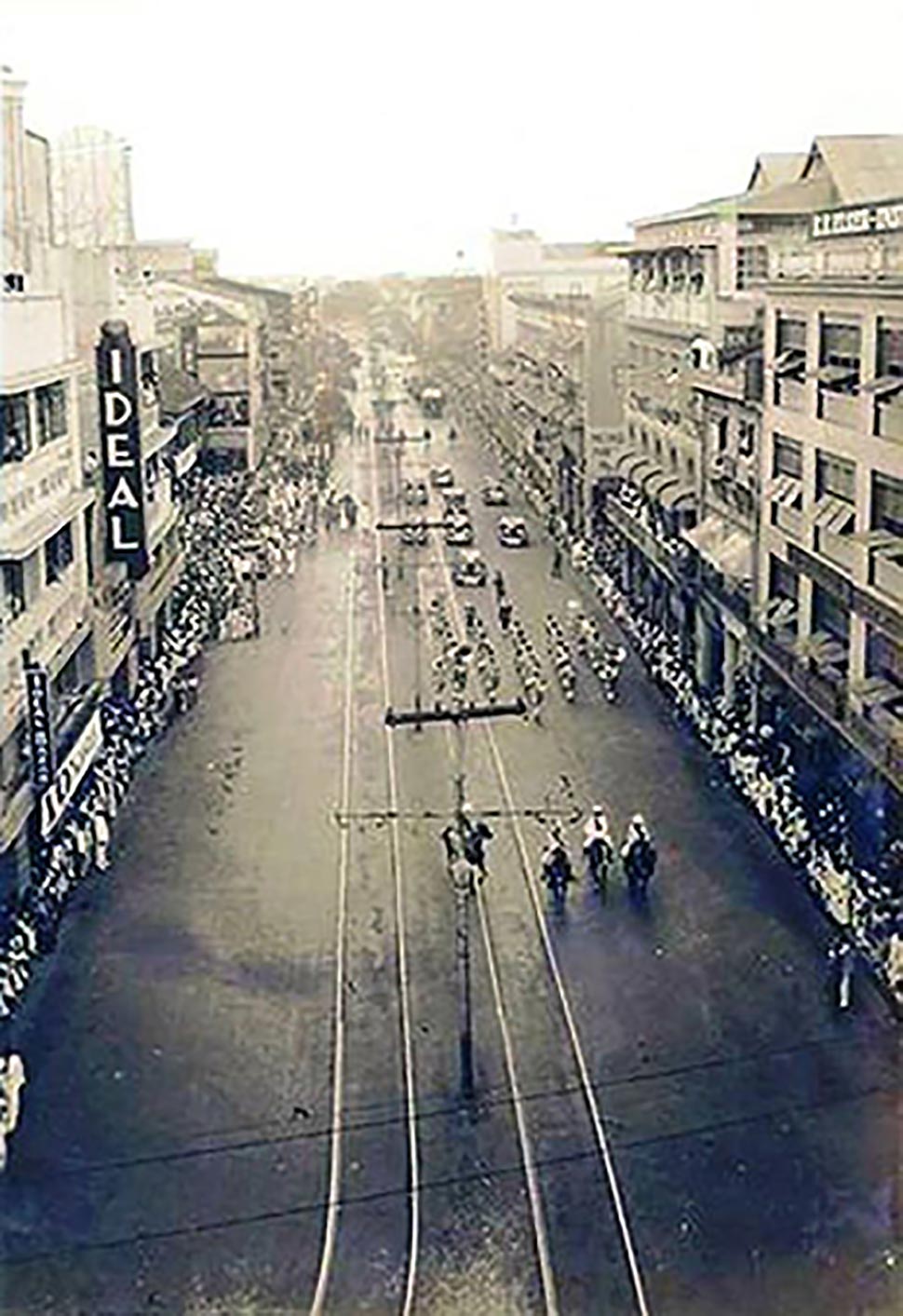 In the 1920s, while Escolta catered to the upper classes, Avenida Rizal was more popular with the masses. It was where they could eat and shop at stores like Bata and Otis Department Store. The old also traversed the length of the avenue. 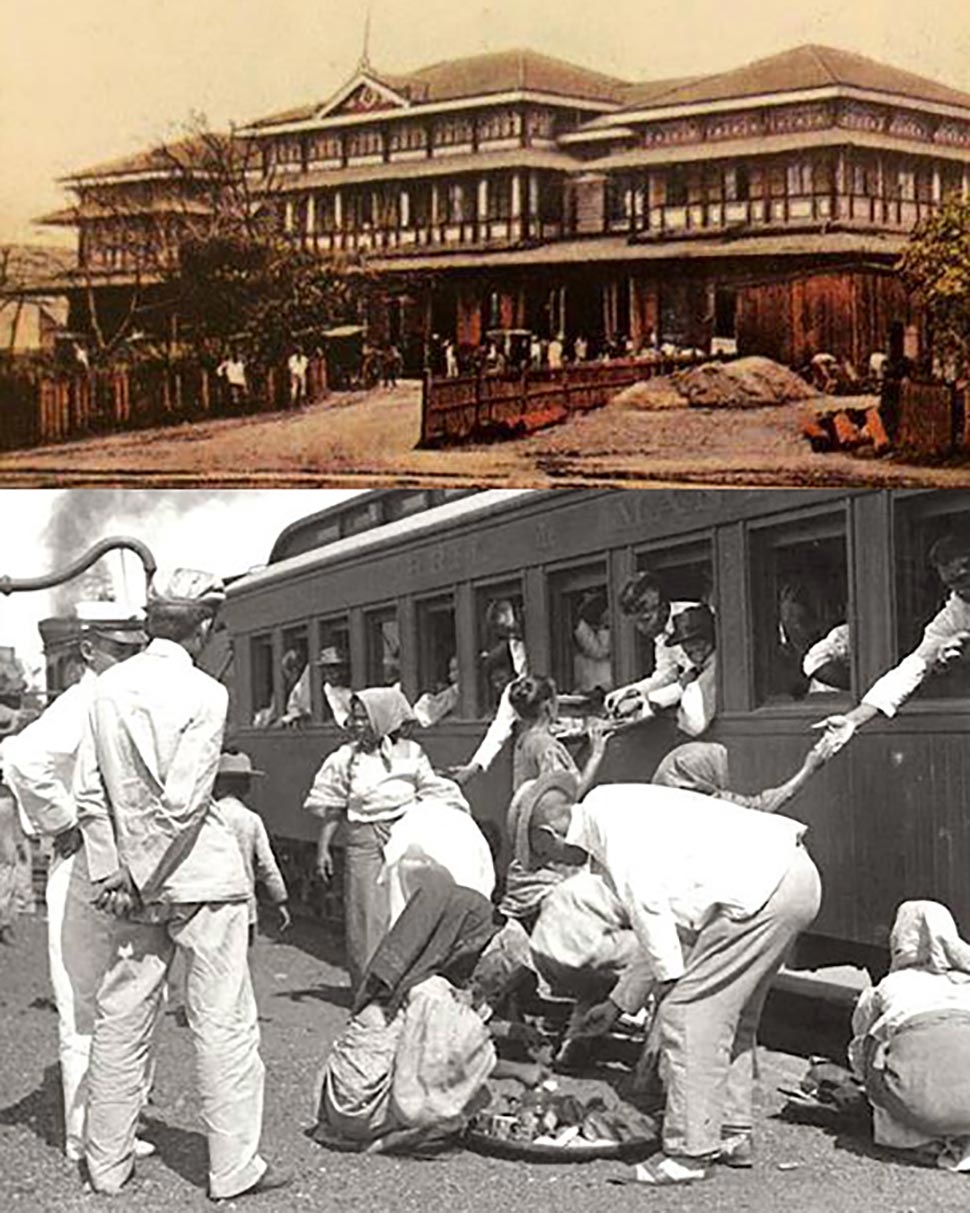 The Tutuban Station of the Manila Railroad Company, which ran the Manila-Dagupan trail in the 1890s, was actually the former home of Don Pedro Sy-Quia y Encarnacion and his wife, Doña Asuncion Michel de . It is now the Tutuban Mall. 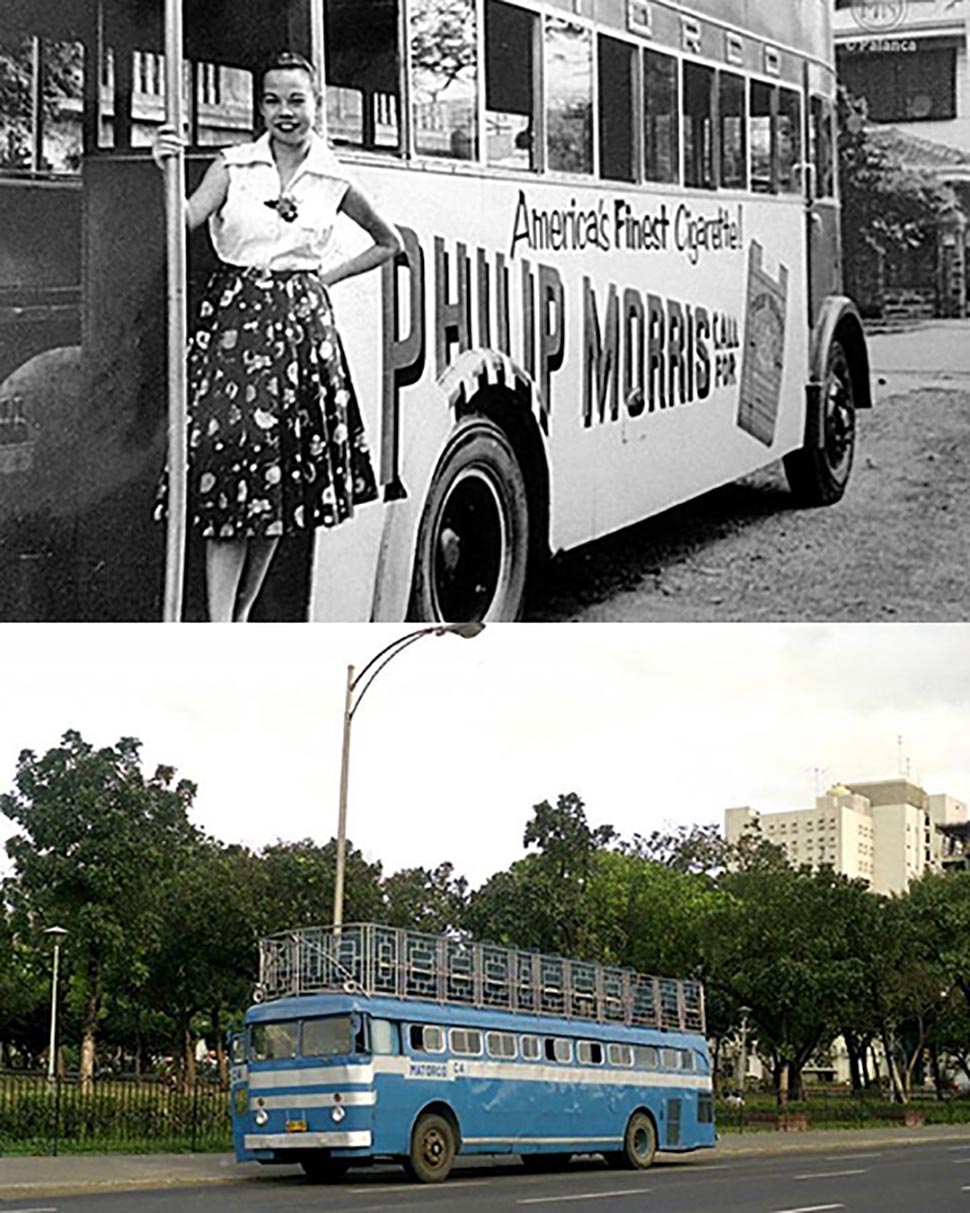 IMAGE: Facebook/Philippine History and Architecture and Memories of Old Manila

The Philippines used to have double-decker buses called , which ran the Luneta and Roxas Boulevard (formerly Dewey Boulevard) route. They were phased out in the 1980s. To ride the Matorco in 1975 cost 20 centavos per person and children below one meter were able to ride for free. It stopped operations in 1994. 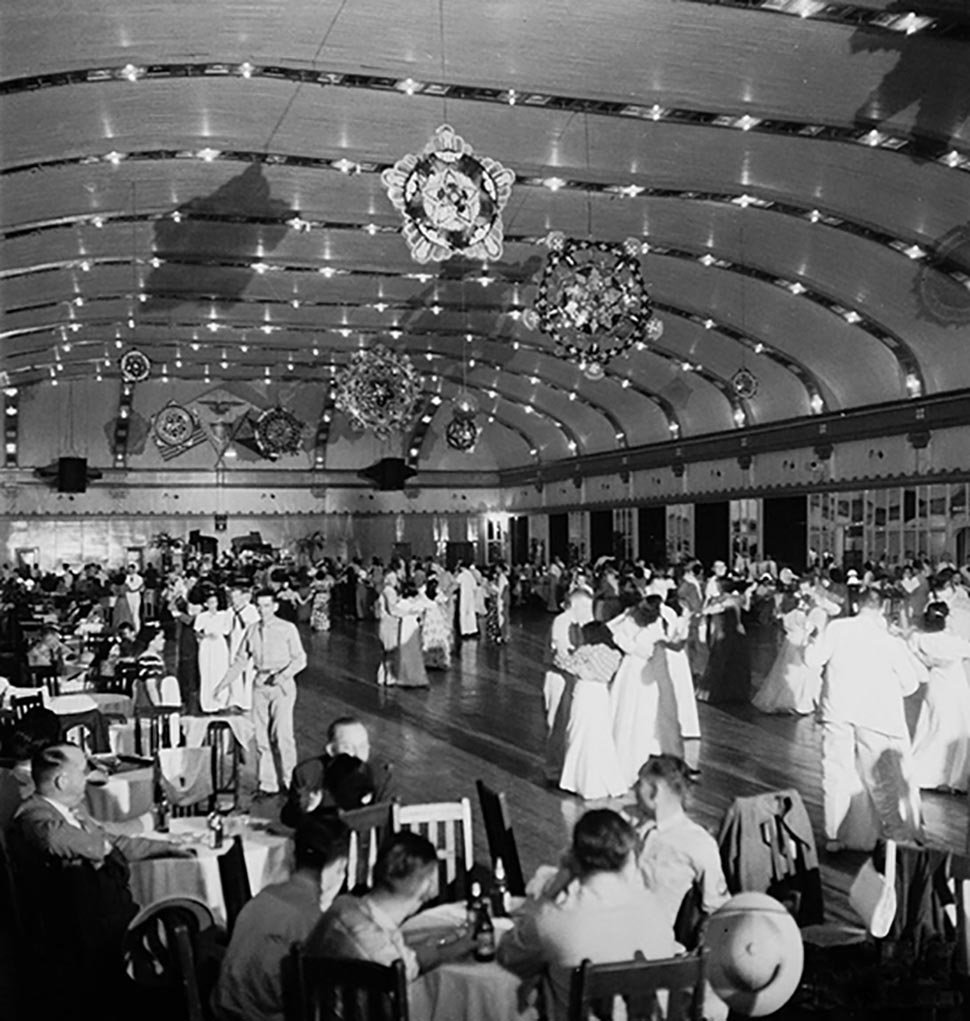 The Santa Ana Cabaret was where Filipino and American soldiers would pass the time. Advertisements of the cabaret claimed that it was the largest one in the world. This photo was taken in December 1941, just weeks before the Japanese attacked Manila. 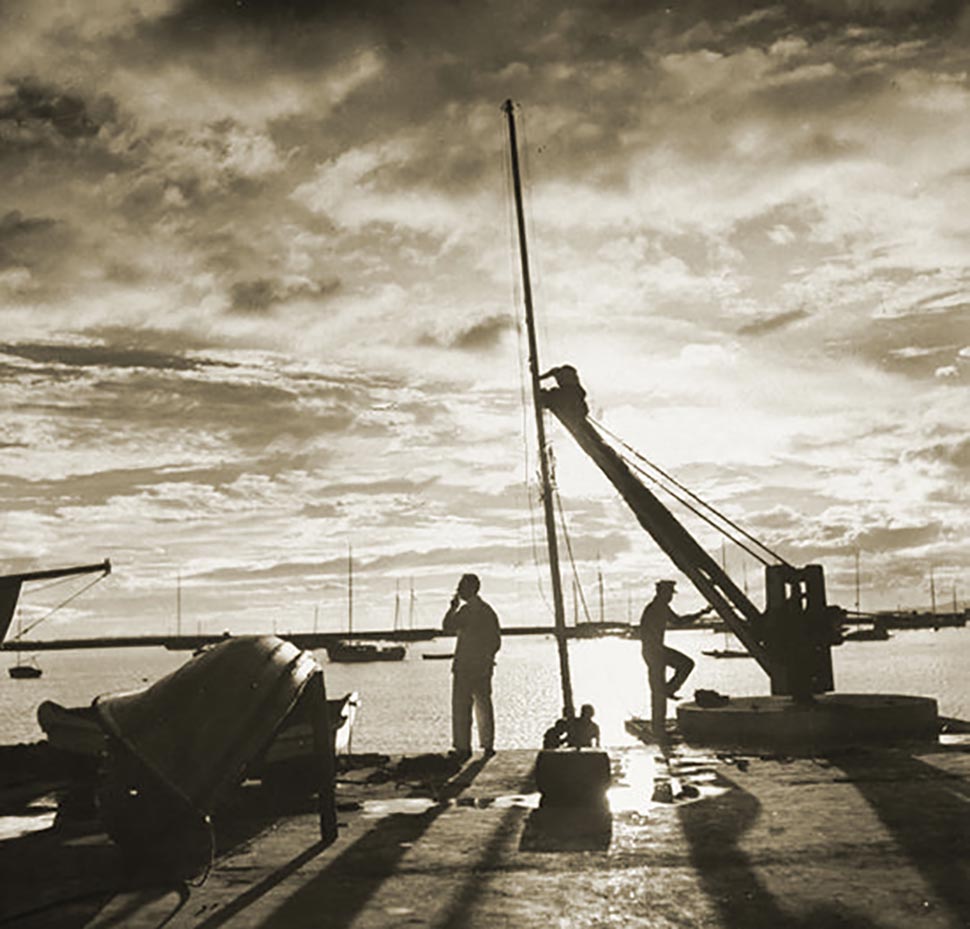 The Manila Yacht Club was founded on January 1927 when its first members, James C. Rockwell, Joseph A. Thomas, Aubrey P. Ames, Stewart A. Tait, and A. S. signed its by-laws. During the war, sport sailing stopped and the Americans confiscated the boats for fear that the Japanese might use them to attack Corregidor. 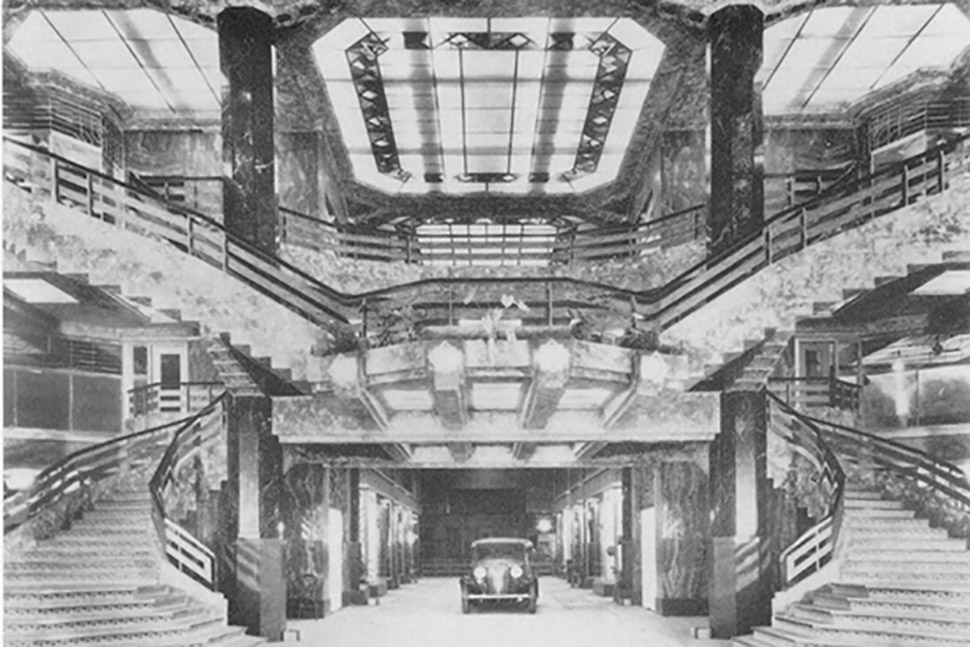 The Crystal Arcade in Escolta during the 1930s housed the Manila Stock Exchange and one of the first malls in the country. It was air-conditioned, which was very uncommon for buildings at the time. The art deco building also featured upscale stores, which included Marina Rae's Candies and Exchange Cafe. 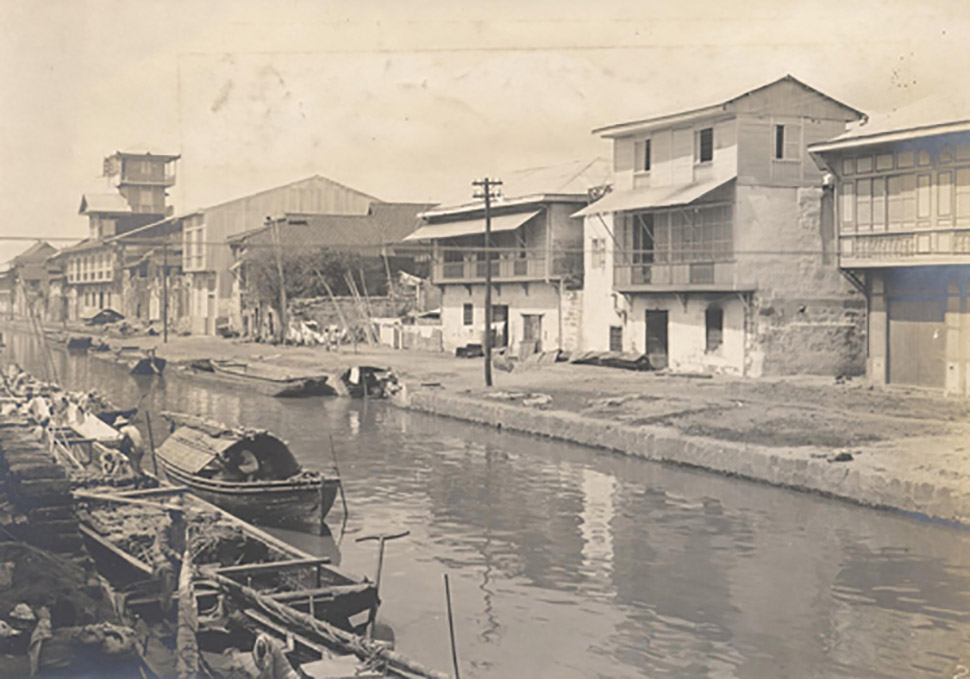 Manila had its own version of gondolas in the form of bamboo floats. Jose Rizal actually mentioned this canal, part of the Pasig River, in Noli Me Tangere. He stated that people used to fish in the river and the bamboo floats brought merchandise and other products to different parts of the city. 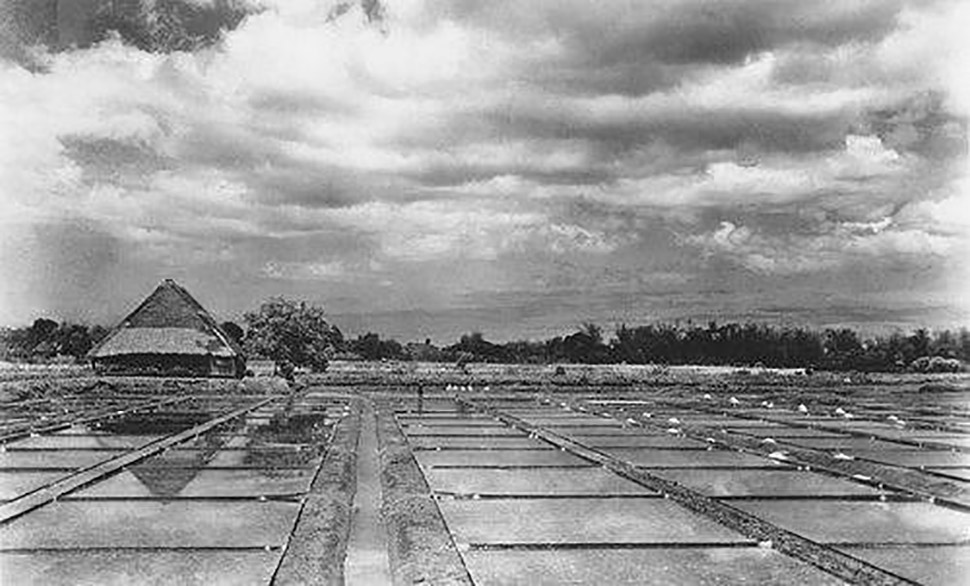 The south was not always home to exclusive subdivisions. In the 1940s, they had farms where salt was extracted from . 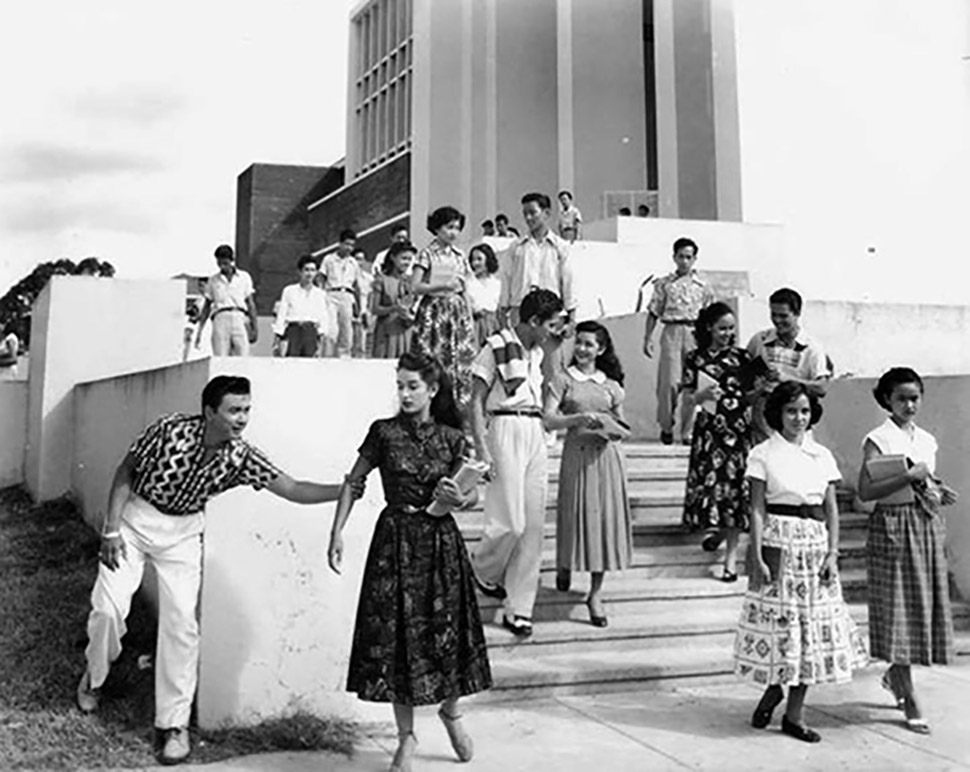 This was a scene captured in Palma Hall or A.S. from the LVN film Tia Lolen from 1952. It starred Armando Goyena, Tessie Quintana, Nida Blanca, Priscilla Cellona, and Cesar Salazar. The plot of the movie was similar to Robin Williams' Mrs. Doubtfire, which was made decades later. 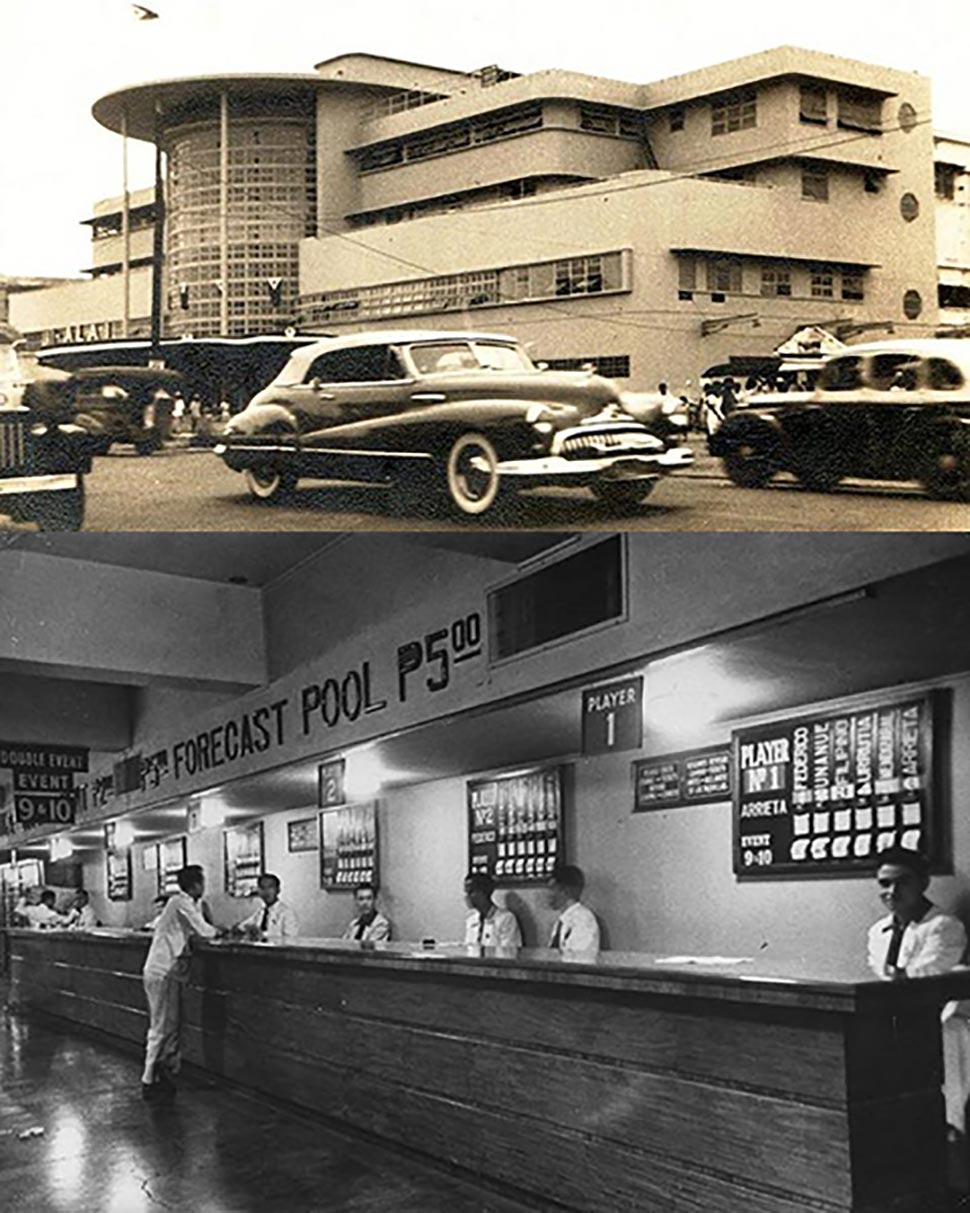 One of the finest buildings along Taft Avenue in the 1940s was the Jai Alai Stadium. A large playing court was located at one side of the building. Spectators watched from three levels behind a glass wall at the other end. Dinners and cocktails were served on the top floor, called the Sky Room. 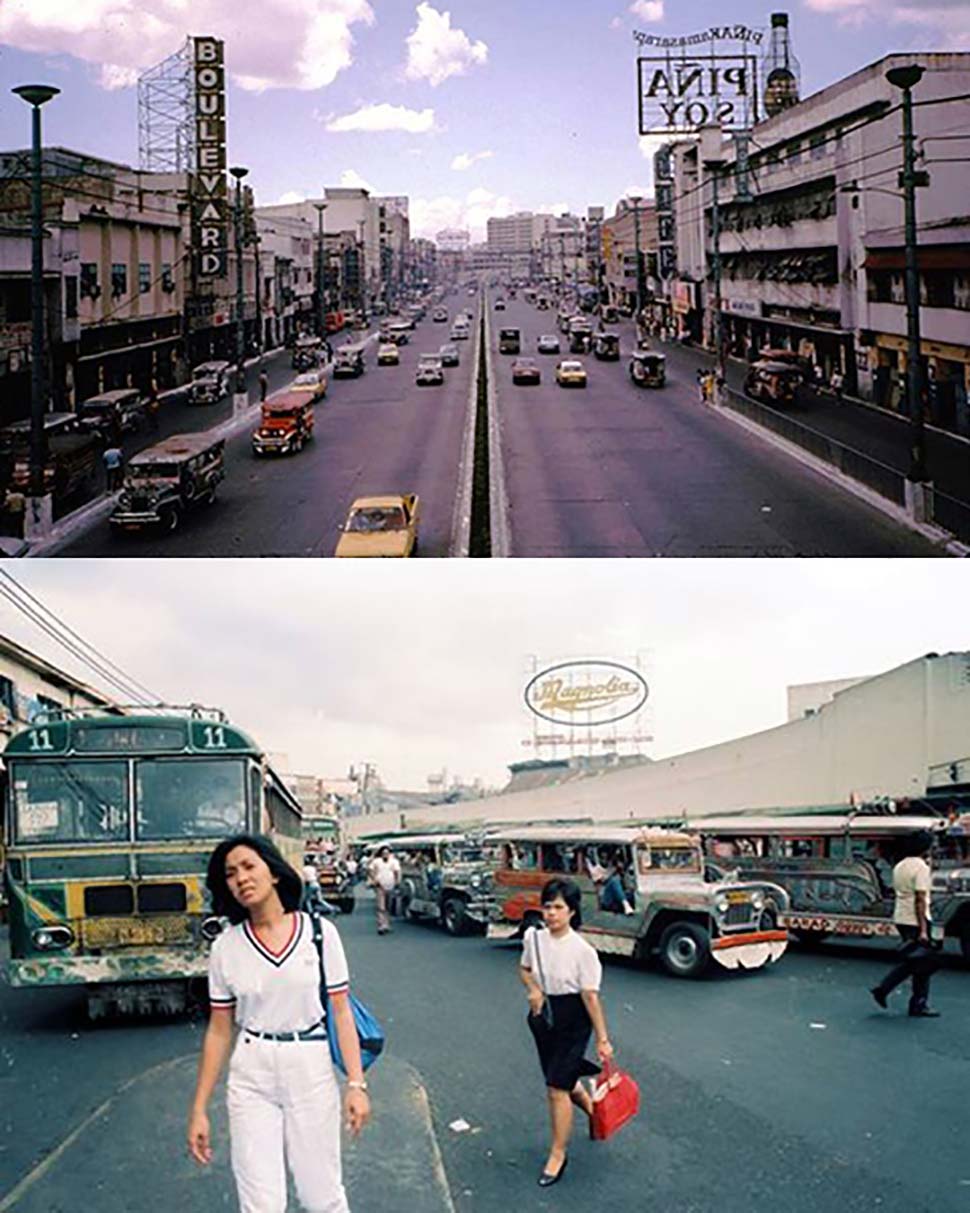 Quiapo, which has always been a busy district, was once referred to as the "Old Downtown of Manila." Its "Ilalim ng Tulay" is also known for being a source of native products and pasalubongs. These photos, taken in the 1950s and 1970s, show Quiapo with its usual vendors but with a lot less traffic. 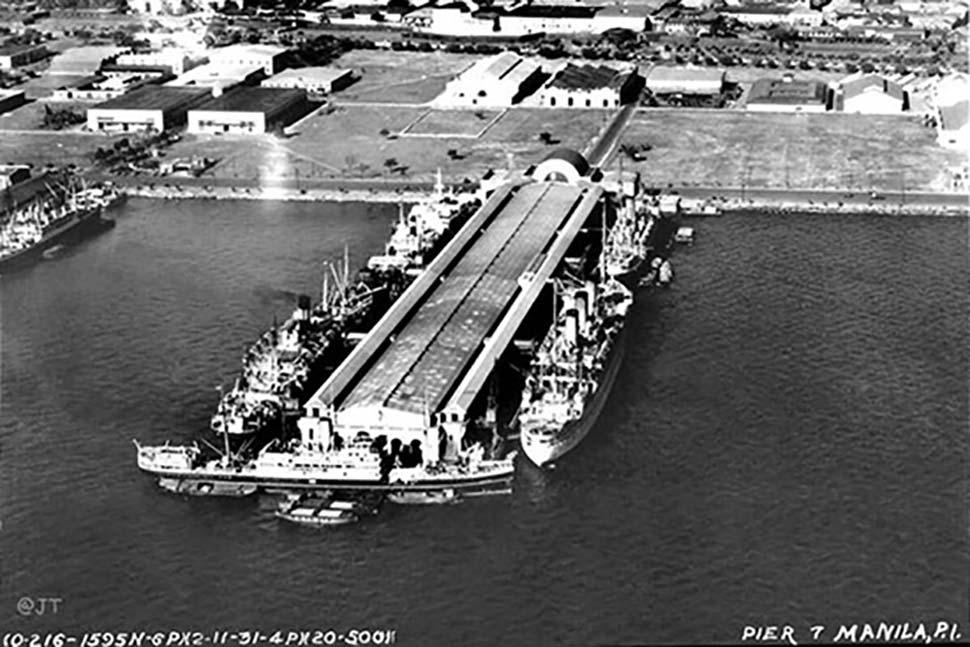 Pier 7 was erected 1918. At around 1,000 feet long, it was known as the "Million Dollar Pier" because it had the longest passenger pier in the world back in the day. The government spent P12 million for its construction. 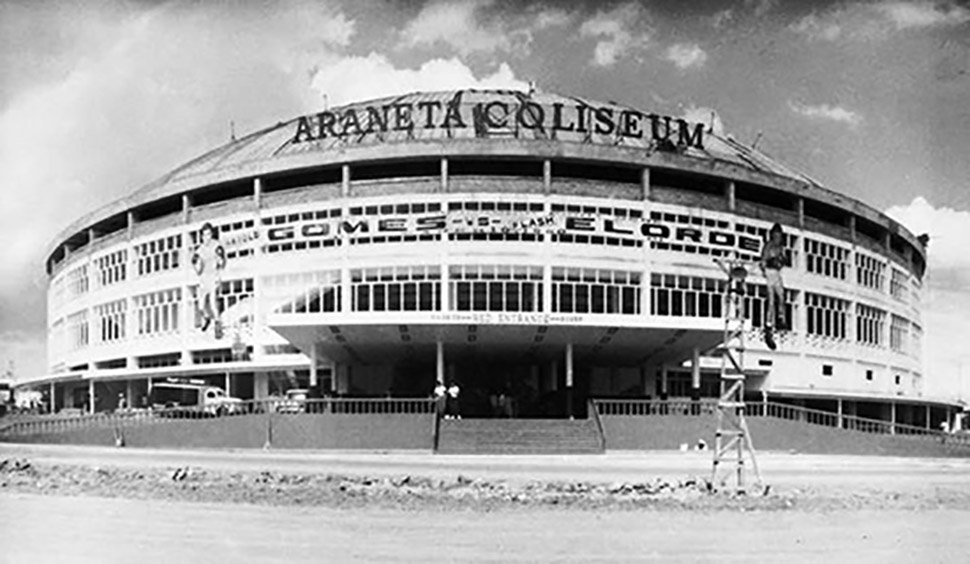 Also known as the Big Dome, the Araneta Coliseum is a multi-purpose arena in Cubao, Quezon City. In 1952, J. Amado Araneta purchased the 35-hectare land where the now stands. Construction began in 1957 and finished in 1959. 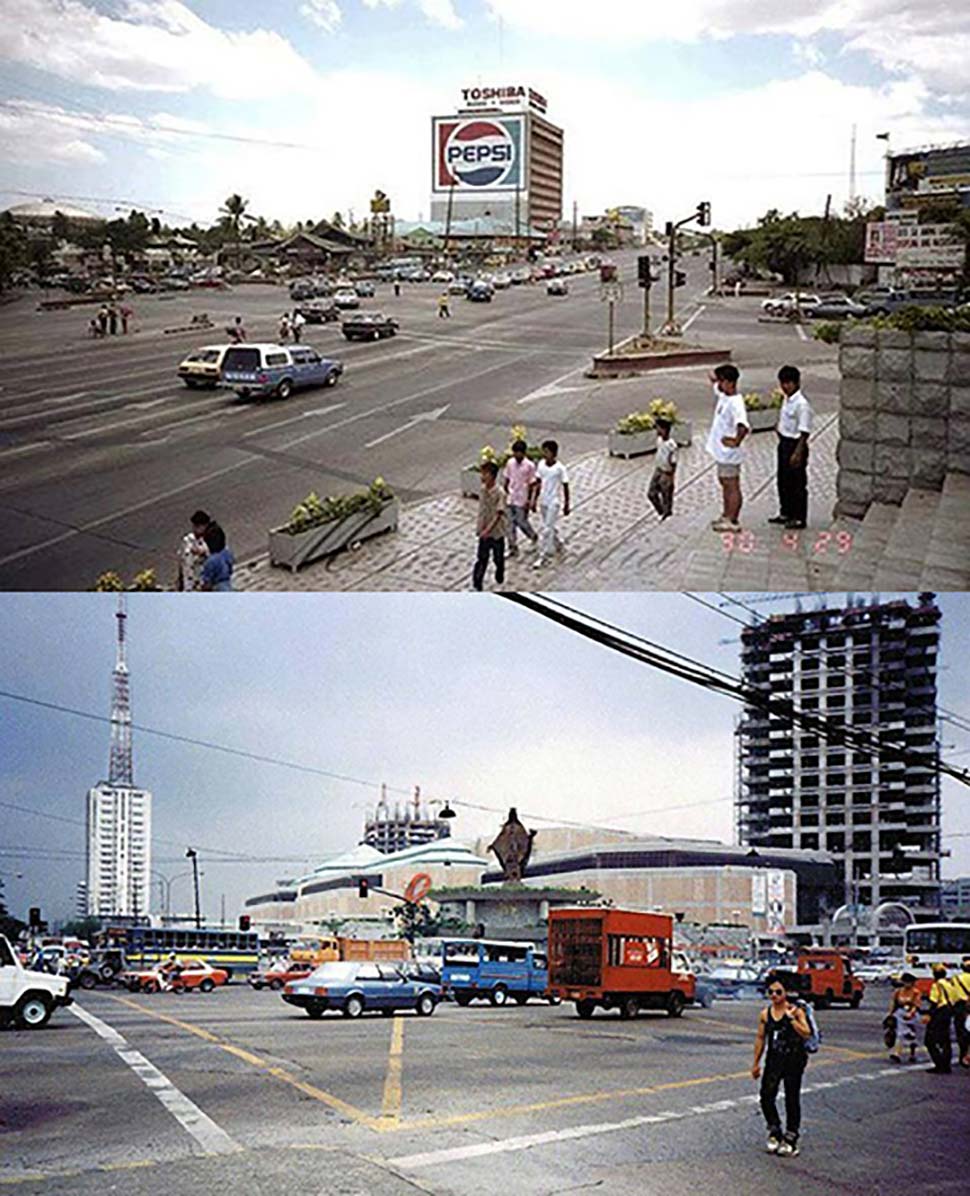 EDSA from the late 1980s to early 1990s didn't have flyovers and the MRT. It had fewer surrounding buildings, restaurant malls. 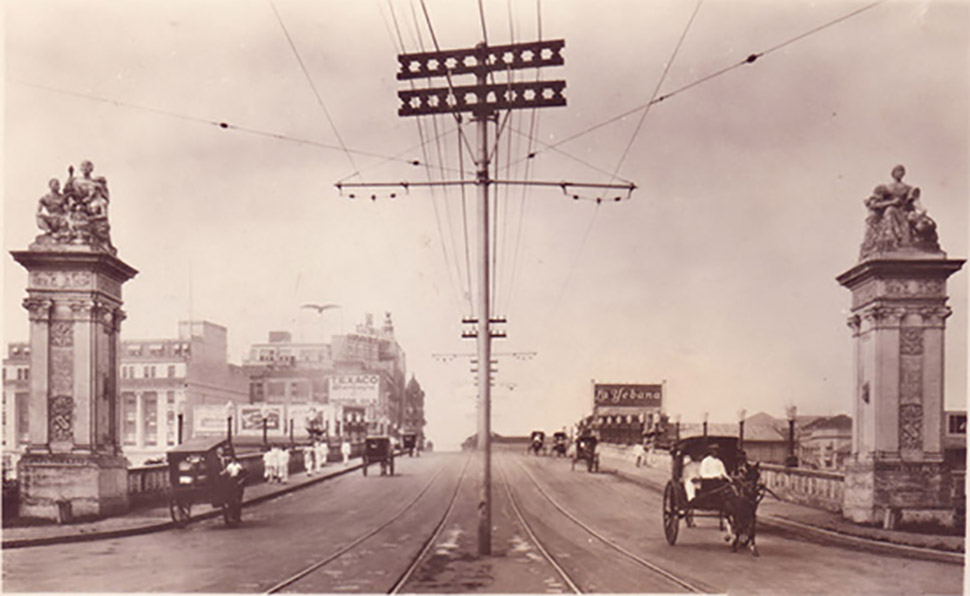 This bridge in Manila was named after William Atkinson Jones, the principal author of the Philippine Autonomy Act of 1916. It was designed by Juan M. Arellano. The entrances to the bridge had pillars topped with statues. The bridge was reconstructed after World War II but is now bare in design. 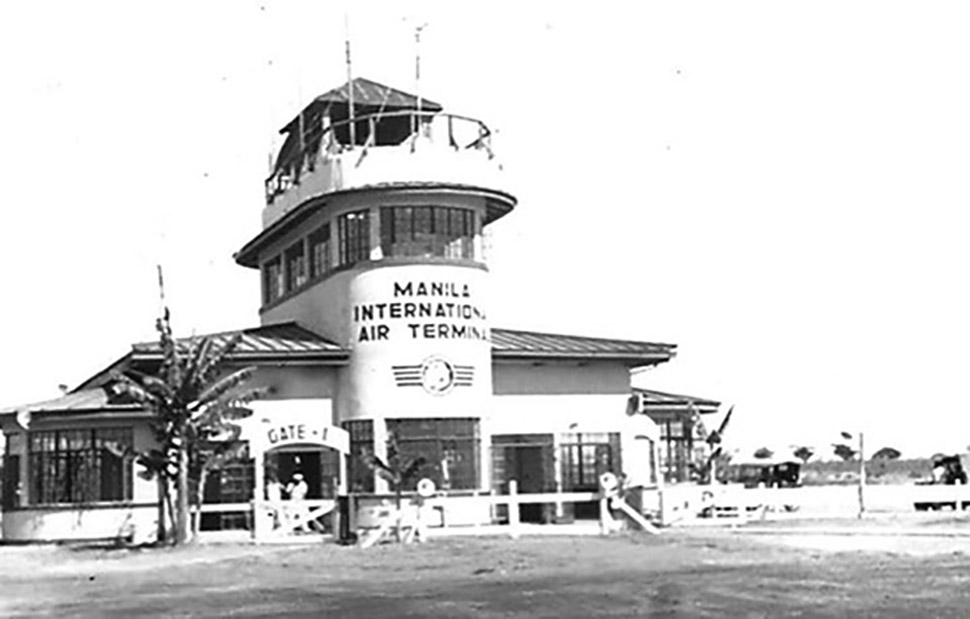 The Manila International Air Terminal is now known as the Nielson Tower, which housed the Filipinas Heritage Library and now, Blackbird. It was built in 1937 and served as the control tower and passenger depot of the city's airport. It was situated in Makati because Paseo de Roxas and Makati Avenue used to be . 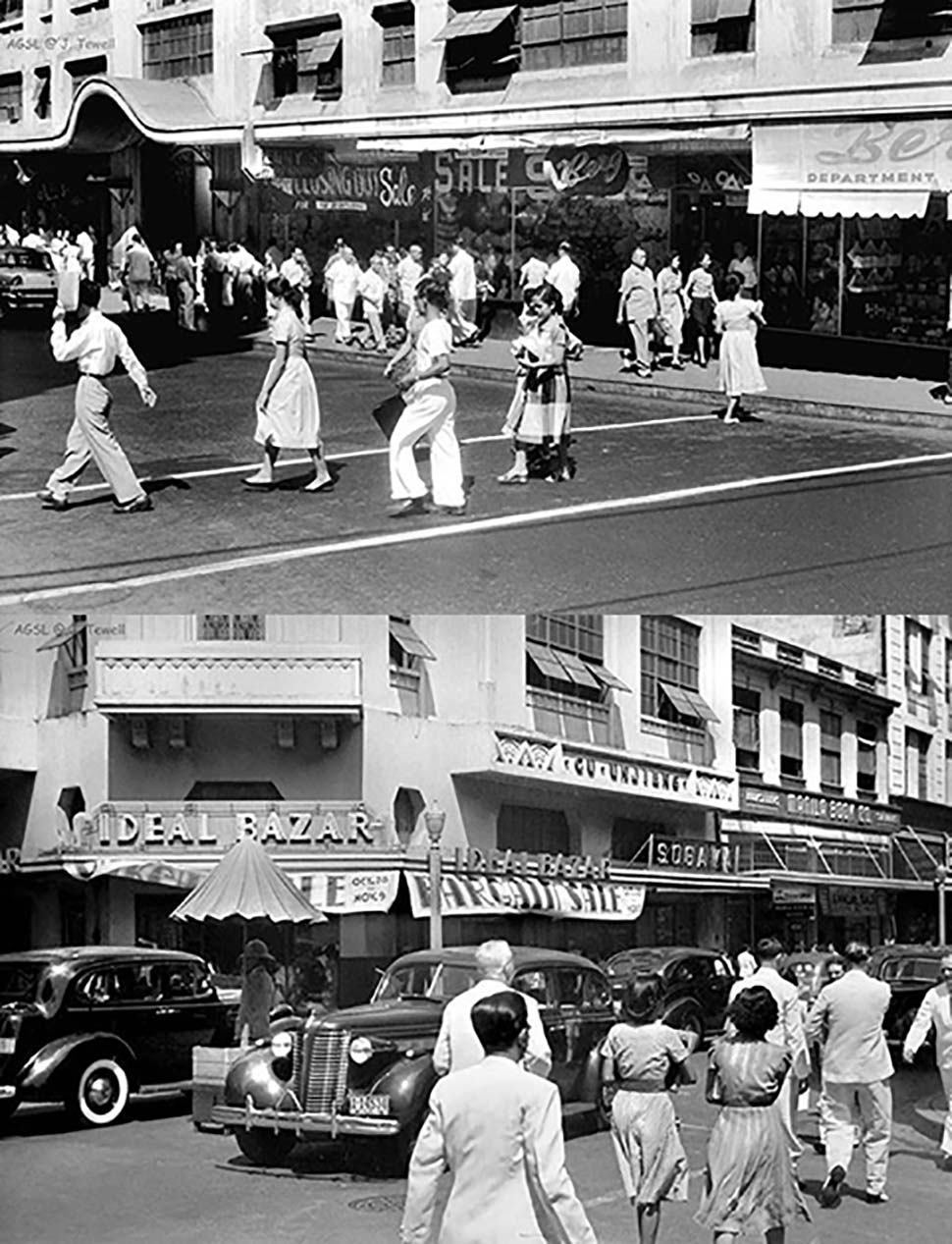 Known as Manila's Wall Street before World War II broke out, Escolta was the country's first commercial district where the rich and the famous hung out. Sadly, most of its buildings were destroyed during the war. 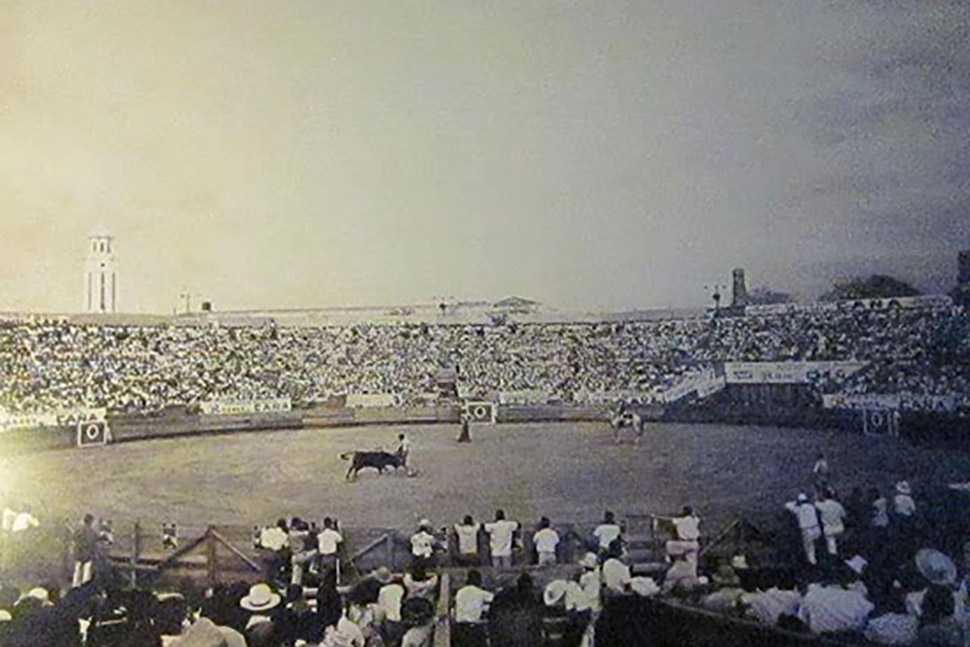 Bullfights were held in Manila as early as the 1890s, where local talents and animals were used for the bloody sport. The latest fight recorded was in 1953 during the Manila International Fair in the sunken gardens near Intramuros and Manila City Hall. 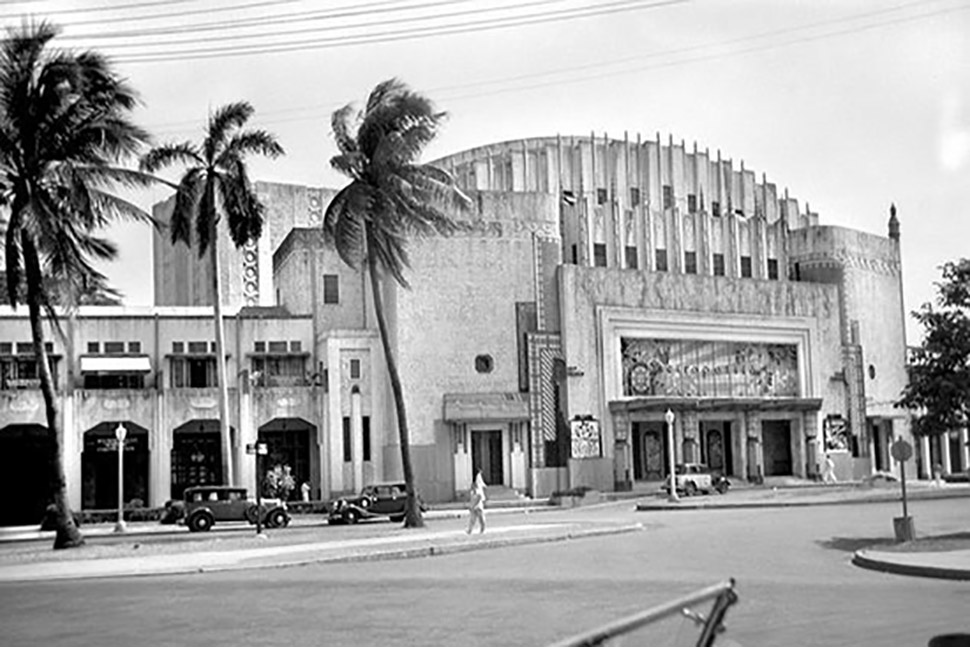 The MET, pictured here in , was one of the most prominent theaters during that time, where both local and international artists performed. It continued to put on shows even during the Japanese occupation, to show support for the underground resistance. 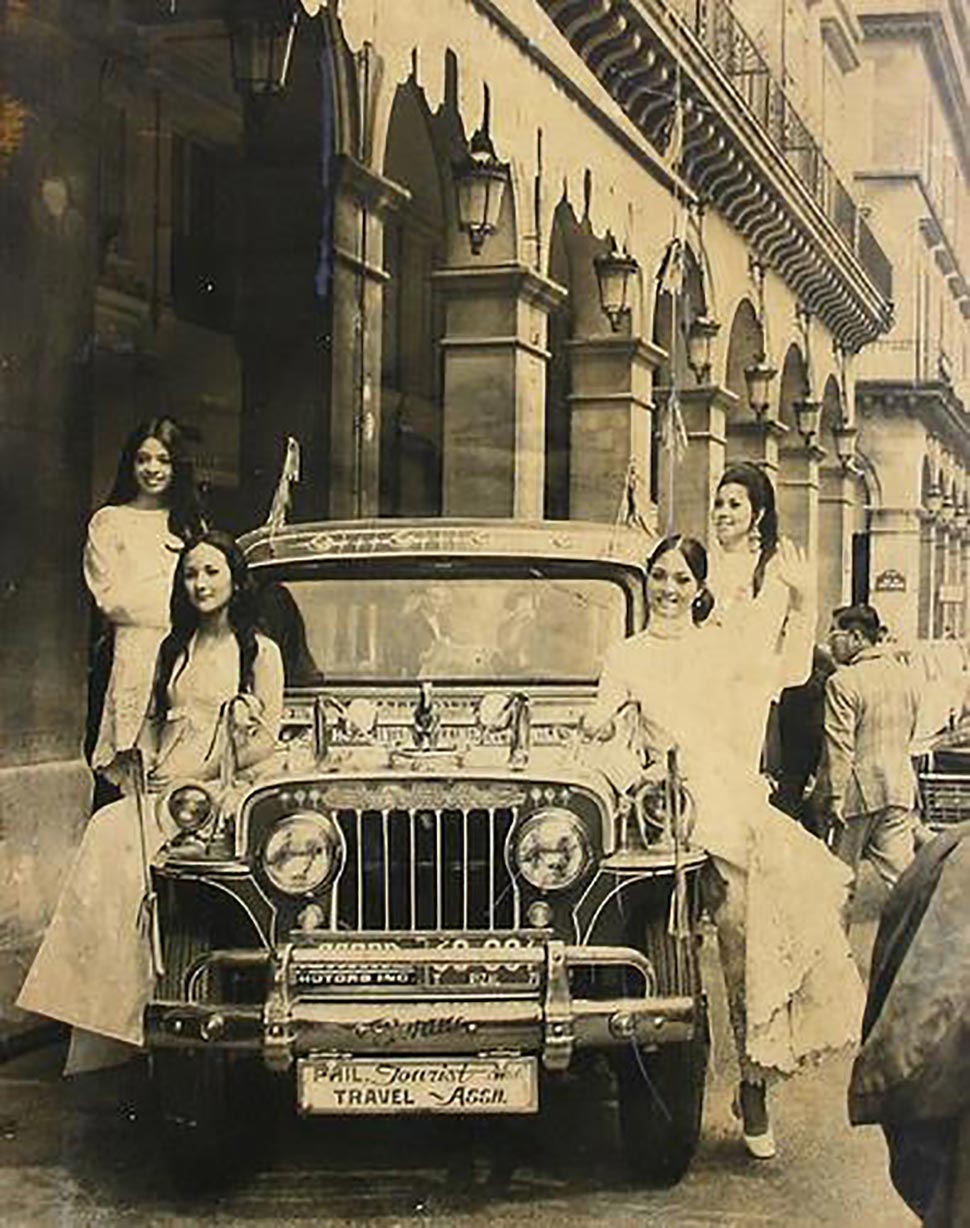 Sarao is the first company that made jeepneys, from as early as 1953. Together with Francisco Motors, the brand dominated the manufacturing of jeepneys back then. 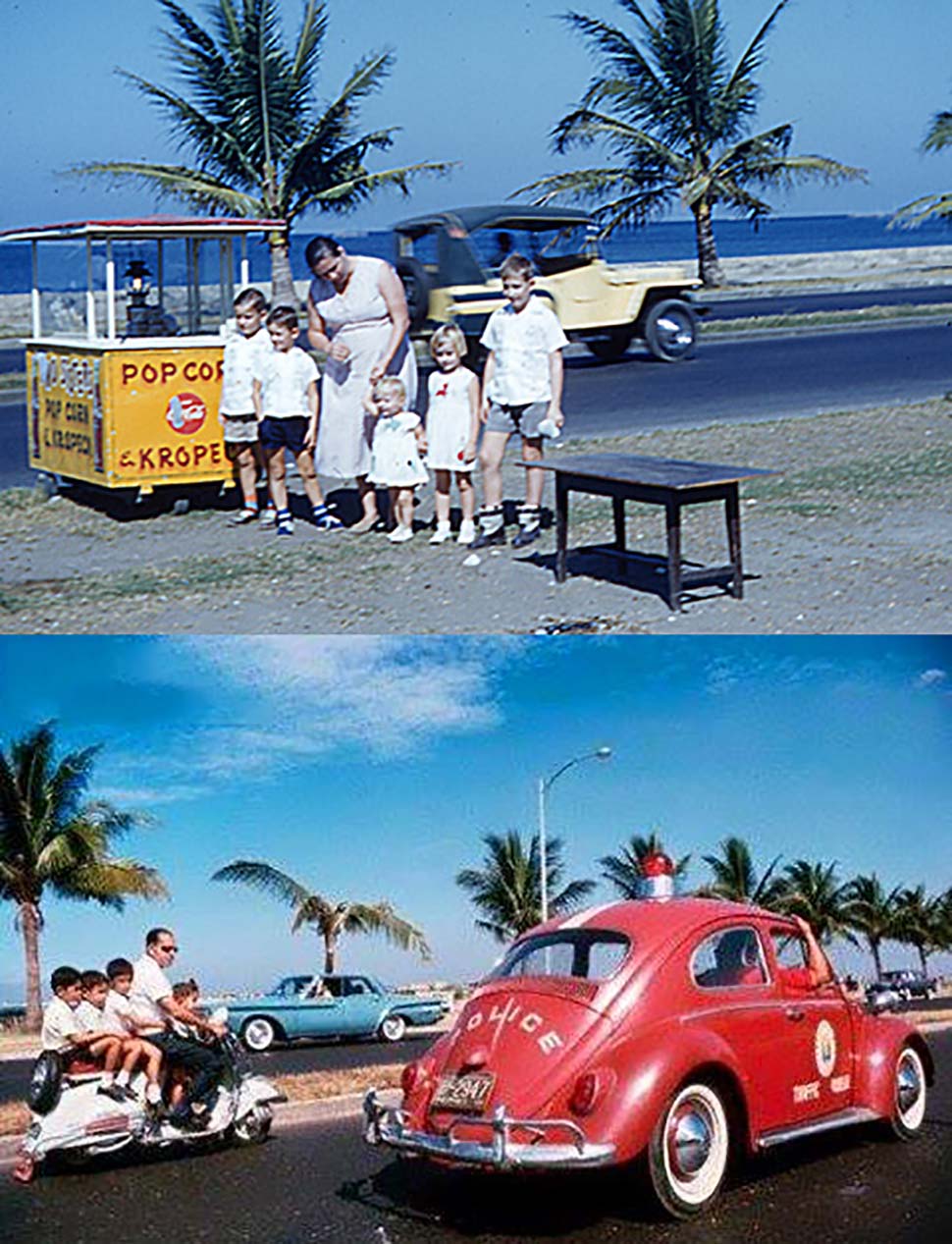 Formerly called Dewey Boulevard, this photo of Roxas Boulevard in the late 1950s shows that there once was a time when Manila had less congested streets. Hungry families out for a stroll could buy from vendors selling grilled corn, ice cream, and other treats. 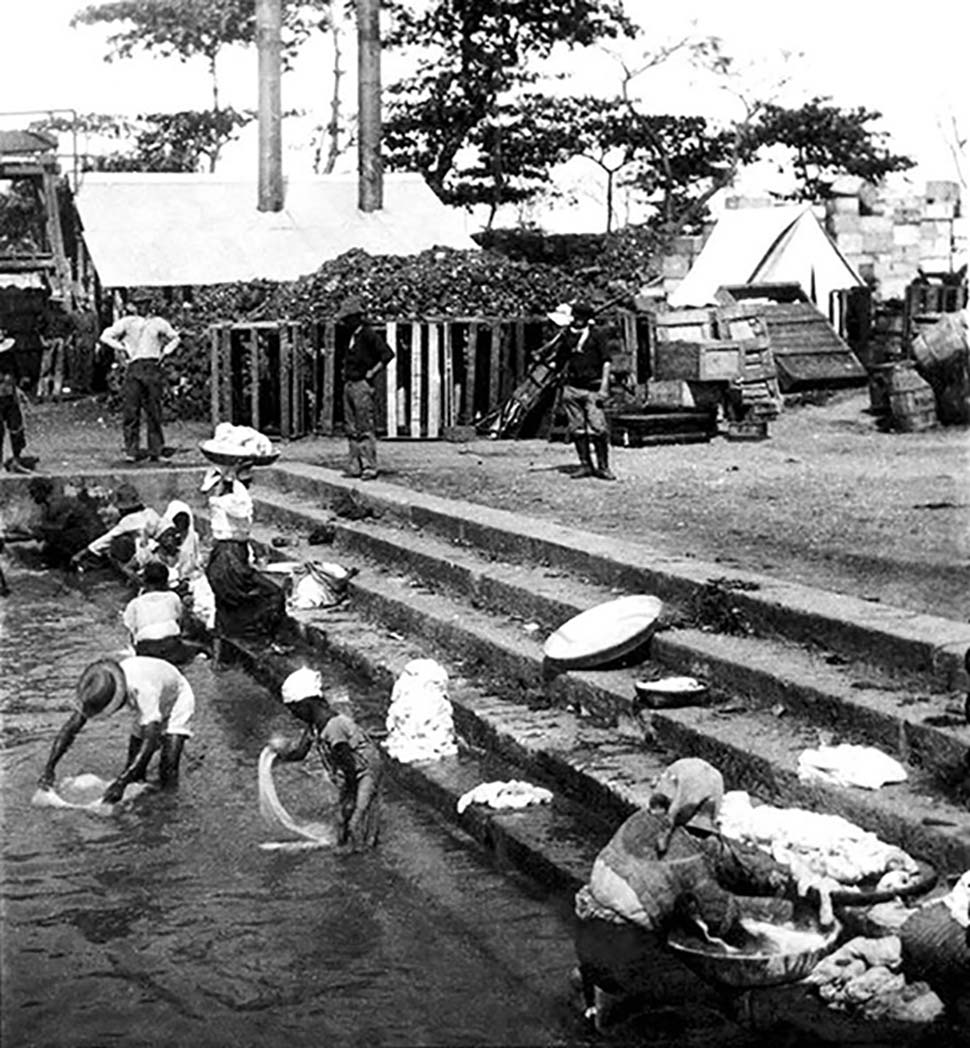 People used to wash their clothes in River. In this photo, taken during the early 20th Century, Filipinos did their laundry on the steps that extended to the Aduana Building or Intendencia, which housed several government offices during the Spanish colonial period. 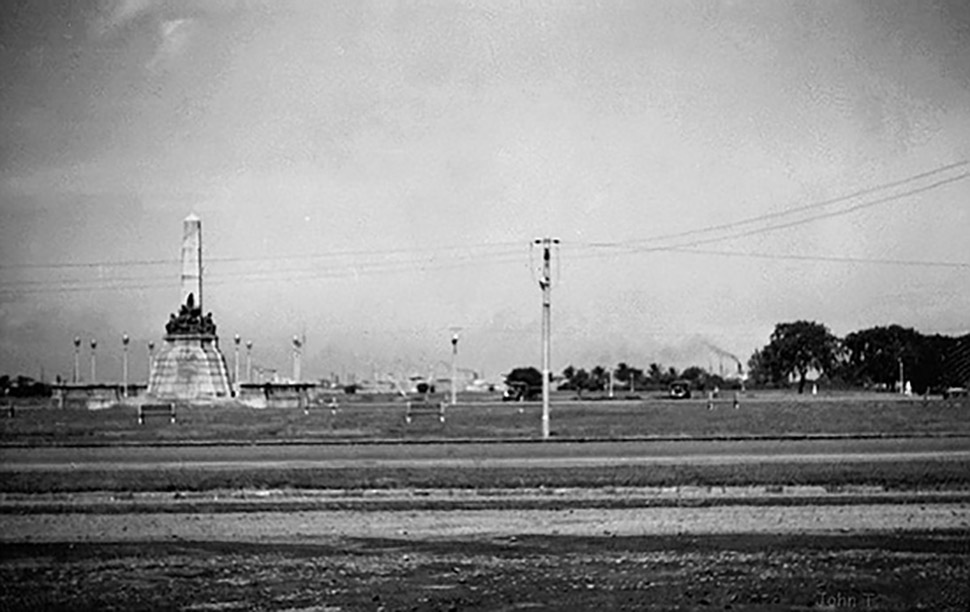 There was still no park nor any obtrusive buildings surrounding Rizal's monument, shown here in the 1940s. This shrine dedicated to the national hero was first unveiled to the public on December 30, 1913, on Rizal's 17th death anniversary. 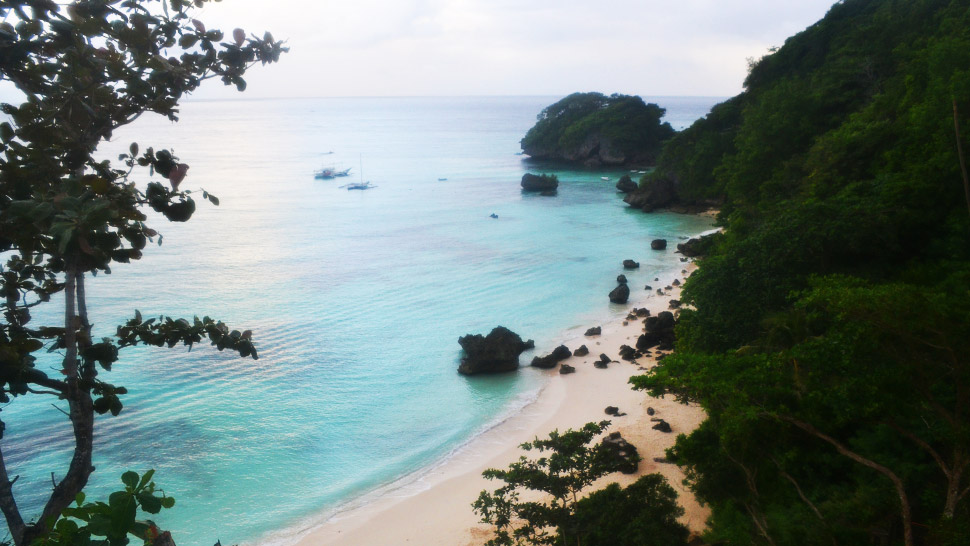