The funnies that changed film forever 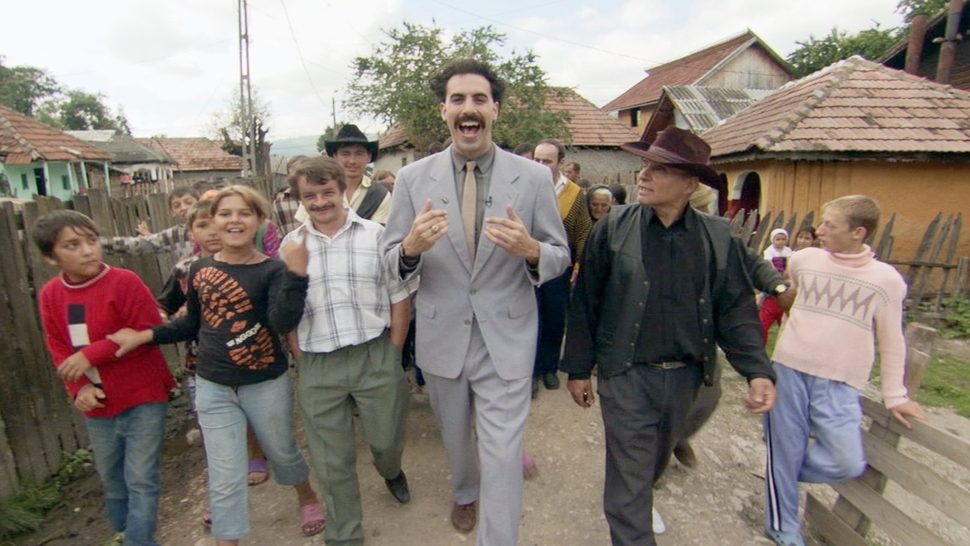 A lot of people will tell you that comedy is completely subjective, that one man's rib-tickler is another man's gut-punch, and that at the end of the day, that's fine. Beautiful, even.

We're here to tell you: no. We've made a list, you see. A definitive countdown of history's funniest movies, effectively putting an end to the conversation once and for all.

Without further ado, here are the only movies you're allowed to laugh at from this moment forward:

Borat Sagdiyev's fish-out-of-water segments were always the funniest part of Da Ali G Show, but no one held out much hope for the tactless Kazakh's feature length film. After all, if 2002's Ali G Indahouse taught us anything (apart from how to do that clicky-finger thing), it's that a single joke spreads thin over 85 minutes.

But Sacha Baron Cohen managed to create a game-changing masterpiece, simply by setting his character loose across the USA. Borat may well be an offensive parody of citizens of the developing world, but it's his disorientating foreign presence and politically incorrect clowning that baits out the most regressive and ignorant aspects of modern American society with disconcertingly hilarious consequences.

In Bruges tells the story of two Irish hitmen who flee to Belgium after a botched job results in the tragic death of an innocent child.

But it's Colin Farrell and Brendan Gleeson's misanthropic double-act, as well as writer-director Martin McDonagh's subtle and poignantly human script, that makes this chase comedy so deftly funny.

Fight Club, but for men who don't spend their weekends shouting "sheeple!" in the middle of shopping centres. The first live action offering from Beavis and Butthead creator Mike Judge, 1999's Office Space remains a prescient take on white-collar existentialism.

Peter Gibbons, a meek cubicle-dweller working for a faceless engineering company, has resigned himself to a banal, impotent and unfulfilling life – that is, until he visits a hypnotist at the request of his girlfriend, and leaves with a newfound fuck you attitude. He soon hatches a plan with his colleagues to wreak revenge on his corporate overlords.

(It also features one of the most emotionally satisfying scenes of all-time.)

Two struggling musicians (Tony Curtis & George Raft) are on the run after witnessing the St. Valentine's Day Massacre, and disguise themselves as women in order to travel with a female-only band. They soon meet hard-drinking Sugar Kane (Marilyn Monroe), with whom they fall madly in love, bringing their getaway to a ruinous halt as they both vie for her affection.

A timeless caper that not only brought Marilyn Monroe's supreme comic chops to worldwide attention, but also bravely flaunted allusions of homosexuality in an industry restrained by puritanical moral codes.

Long before the National Lampoon name became a vehicle for Paris Hilton straight-to-video bombs, it was a promise of quality—and no movie helped to build that reputation as much as 1978's Animal House.

An anarchic farce centred around debauched American college life and a hedonistic fraternity's battle against an evil dean, it featured one of the greatest comedy cast-lists of all-time—including John Belushi in his most iconic role—and an unforgettably quote-worthy script.

Anchorman: The Legend Of Ron Burgundy (2004)

In retrospect, Anchorman was a collaboration of comedians at the top of their game. Silly, surreal and often improvised, Will Ferrell and his badly-coiffed cohorts (including Paul Rudd and Steve Carrell) came up with so much good material they even managed to create another movie purely out of deleted scenes.

Ferrell stars as Ron Burgundy, a smug regional anchorman in the in 1970s struggling to adapt to the presence of a newly employed woman in the newsroom. As she moves up the career ladder and begins to threaten his position as the station's star attraction, Burgundy is sent into a spiral of hilarious self-sabotage.

Strange to think that Leslie Nielson spent the bulk of his early career as a golden age Hollywood heartthrob, considering how integral he became to some of the silliest movies in cinema history. The late actor deadpanned his way through a number of spoof comedy classics, but it's the Zucker brothers' Airplane! that really stands out.

A pastiche of 1957's imperiled-airliner drama Zero Hour, Airplane! tells the story of a PTSD-stricken former pilot who finds himself knee deep in a food poisoning crisis mid-flight. He must fight his demons, take over the reigns, land everybody to safety and prove his mettle to a former love.

But the story is just an excuse to stitch together some of the most ingeniously juvenile skits and gags ever put to screen.

Without Spinal Tap, there would be no The Office – or, for that matter, any of the other myriad mockumentary comedies, home and abroad, that have traded off its kind-but-cringeworthy shtick ever since.

Purporting to be a documentary chronicling a long-forgotten British heavy metal group's desperate attempt to stage a comeback tour, This is Spinal Tap serves up an iconic lampoon of the seventies music industry and the precious, pretentious egos that dwelled within it.

Never ones to do things the easy way (the pilot of South Park was created through a painstaking stop-motion method using hand-cut craft paper), the writing duo chose to use Thunderbirds-esque marionettes which proved hellish for production and ultimately led Stone to declare it the "worst time of my life."

Still, worth it in the end.

Featuring a career-defining performance by Richard E. Grant as the devious, deluded Withnail, this black farce about two struggling actors who leave London to go on an ill-fated jaunt to the countryside is one of the most quotable films of all time, as well as a strong candidate for the best British comedy ever made.

Beloved by students of good taste (there's a legendary and dangerous drinking game that goes simply: drink when Withnail does), it actually improves with age as delight in Withnail's hedonism gives way to an appreciation the tragic undertow of director Bruce Robinson's lament for unfulfilled promise and lost dreams.

It also includes, in the late Richard Griffiths' Uncle Monty, one of the greatest supporting turns in cinema history. Never before or since has a man admonished a cat with such gusto. 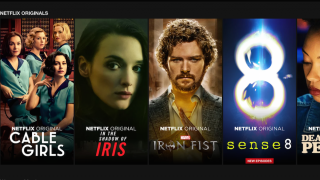 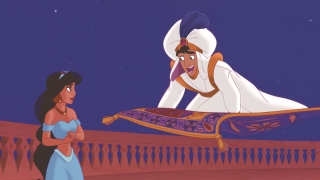