What's Hulk Going To Do In 'Avengers: Endgame'? An Analysis

Other than HULK SMASH, obviously

Avengers: Infinity War ended up featuring a lot less Hulk than we expected after a cunning misdirect in the trailer.

Instead of seeing Hulk fight alongside the Avengers on Wakanda, it was just Bruce Banner in the Hulkbuster armour. In fact, the only glimpse we got of the angry green giant in Infinity War was at the very start when Hulk went toe-to-toe with Thanos—and lost.

The Russo Brothers have spoken about how Hulk's refusal to appear in Infinity Warwas that he was "tired of playing hero to Bruce Banner" and not because he's scared of Thanos. But with Banner (and, by extension, Hulk) one of the few Avengers left standing after Infinity War, surely he'll come out to play in Avengers: Endgame.

But what role could he exactly play in bringing all of our dead heroes back and defeating Thanos once and for all? 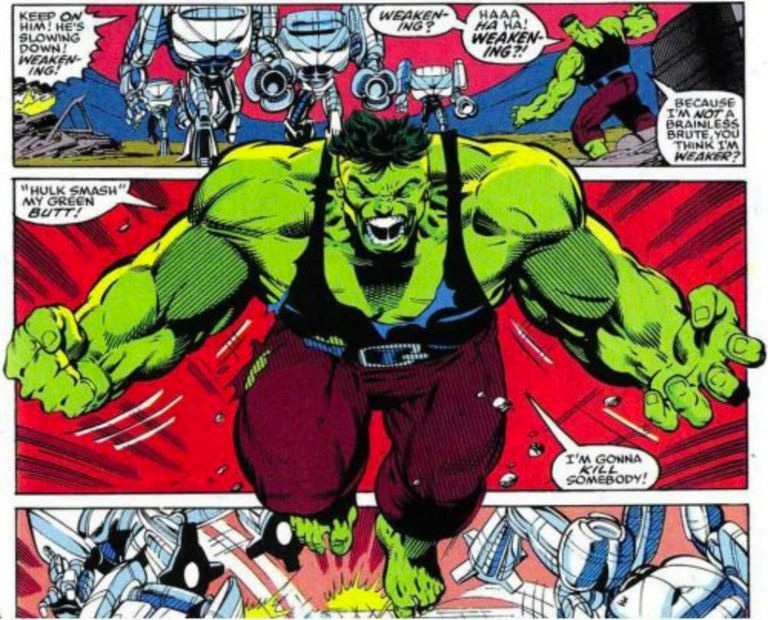 In the comics, there have been countless versions of Hulk—even a future evil world-conquering Hulk called Maestro—and we could be seeing one of those different versions in Endgame.

Before Thor: Ragnarok was released, Mark Ruffalo was talking about Hulk having a three-movie arc across Ragnarok, Infinity War and Endgame. There's now every chance that the end of that arc will be the arrival of Professor Hulk in the MCU.

Both Ragnarok and Infinity War saw Banner and Hulk at odds with one another and Professor Hulk is the happy medium of the two. It's a Hulk with the same strength (albeit not quite as large), but with Banner's intelligence and personality. In the comics, there was a failsafe, too, that if Hulk got too angry, he would revert to his human form of Banner.

It would be a happy(ish) ending for the character if this is to be Ruffalo's final MCU movie (more on that in a bit), with the two personalities now co-existing as one and learning to accept each other. 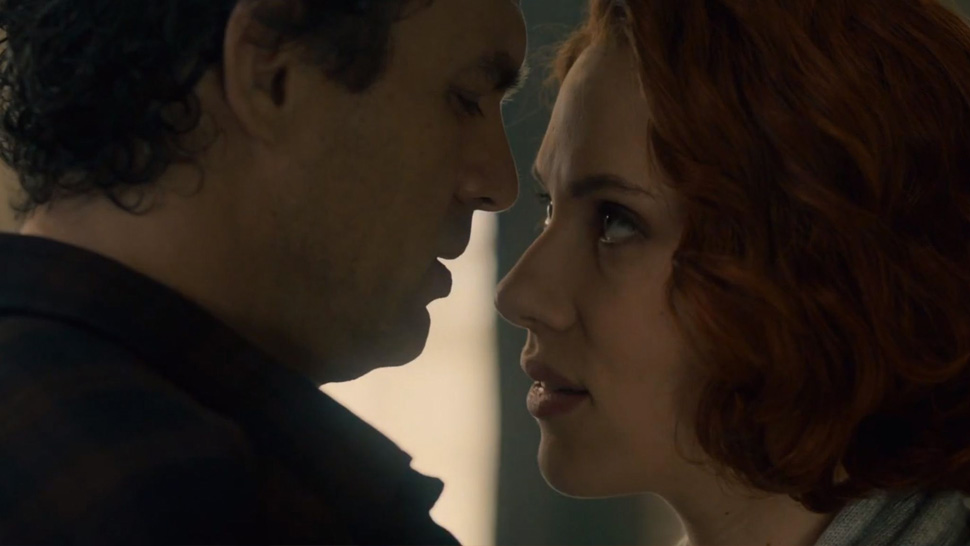 As with most of the original Avengers crew, Ruffalo's contract is up after Endgame, if we include his post-credits cameo in Iron Man 3 as one of his six movies that he was contracted for before Avengers Assemble.

Everyone's been talking about how Iron Man or Captain America will be the ones to sacrifice themselves to save the world, but what about Hulk? He might not even be doing it to save everyone.

Since Avengers: Age of Ultron, Natasha Romanoff and Bruce Banner have had a thing, with Romanoff crucial in keeping Hulk in check. Scarlett Johansson is probably the only one of the original cast guaranteed to have an MCU future, what with a Black Widow solo movie happening.

So if she's in danger, there's every chance that Banner/Hulk would do everything possible to save her, even putting himself in the line of fire to save the person he loves. 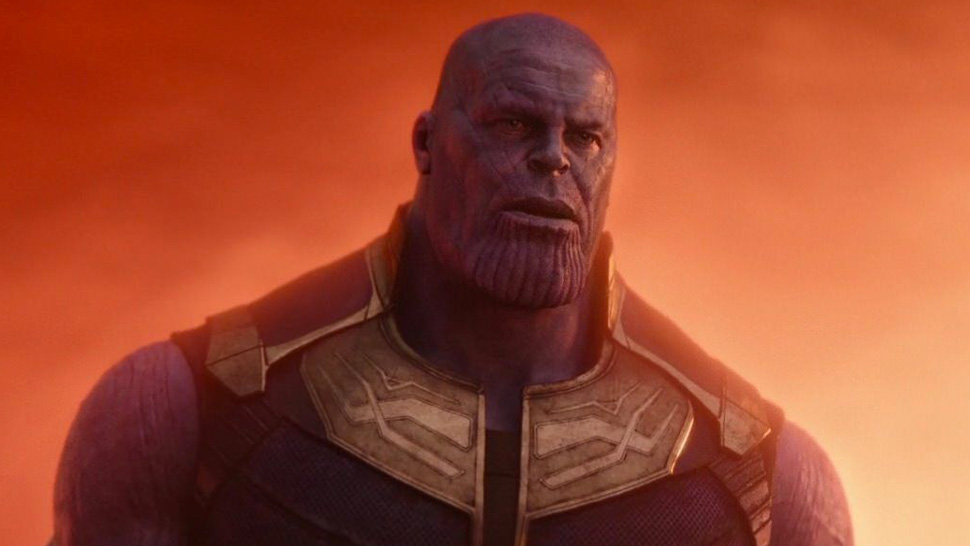 As we mentioned before, Hulk has already battled Thanos and lost, but surely we'll get another bust-up between the two in Endgame. Whether the end result will be any different remains to be seen of course, yet there's always the very outside chance that the movie will revisit the Wakanda battle from Infinity War.

The Russo Brothers have said that Hulk's presence on Wakanda in the Infinity Wartrailer was digitally inserted to hide Banner's transformation woes. However, what if that itself was a misdirect and we'll revisit the battle as part of Endgame's heavily rumoured time travel plot?

We just better hope that Hulk goes for the Gauntlet and not the chest like Thor if Hulk does battle Thanos before his delivers the Snap though. 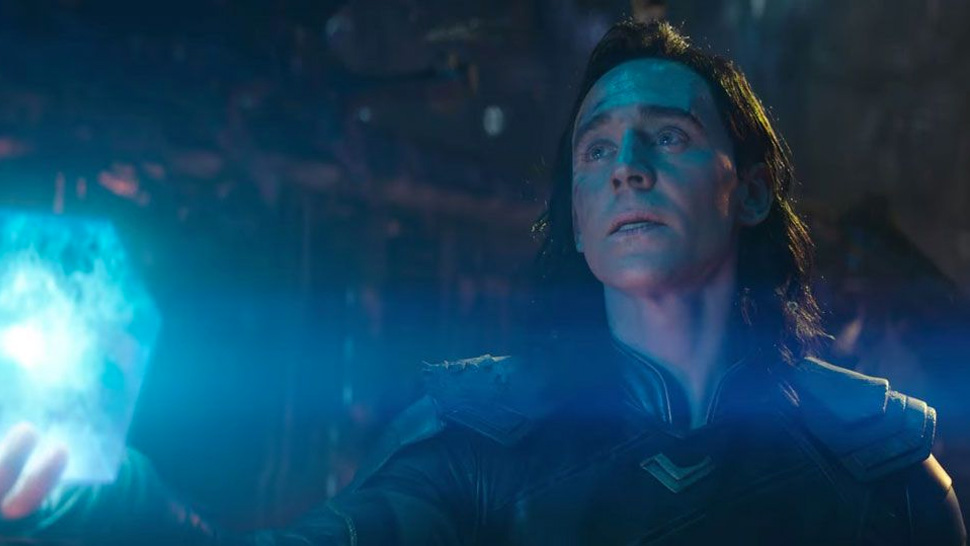 One of the (surprisingly popular) theories after Infinity War was that Loki had faked his death yet again and the Bruce Banner we saw was actually Loki in disguise, offering a different explanation as to why Banner couldn't bring out Hulk.

The basis for the theory is that Banner remembers everything about Thanos when, really, as he was Hulked out, he shouldn't remember a thing.

However, just because we didn't see Banner on board the Asgardian ship, it doesn't mean he didn't see Thanos. Infinity War starts with the ship already invaded and most Asgardians dead, so Banner might have been off-screen and then turned into Hulk just as he battles Thanos.

Plus if this theory did end up turning out to be correct, that doesn't quite explain where Banner is right now, giving that it must have been Hulk battling Thanos, so the switch would have to happen just before Hulk/Banner crashed into the Sanctum Sanctorum.

So, sorry Loki fans, we think he's definitely dead (right now, anyway), but we thought we'd put this theory in here just in case it's one of Endgame's major twists.

There are 'Avengers: Endgame' Spoilers Hidden in the New 'Agents of Shield' Trailer
All Photos
Comments
View As List