We need to talk about BoJack

This absurdist cartoon about a self-destructive and washed-up [equine] actor is one of the better things in this post-television world. 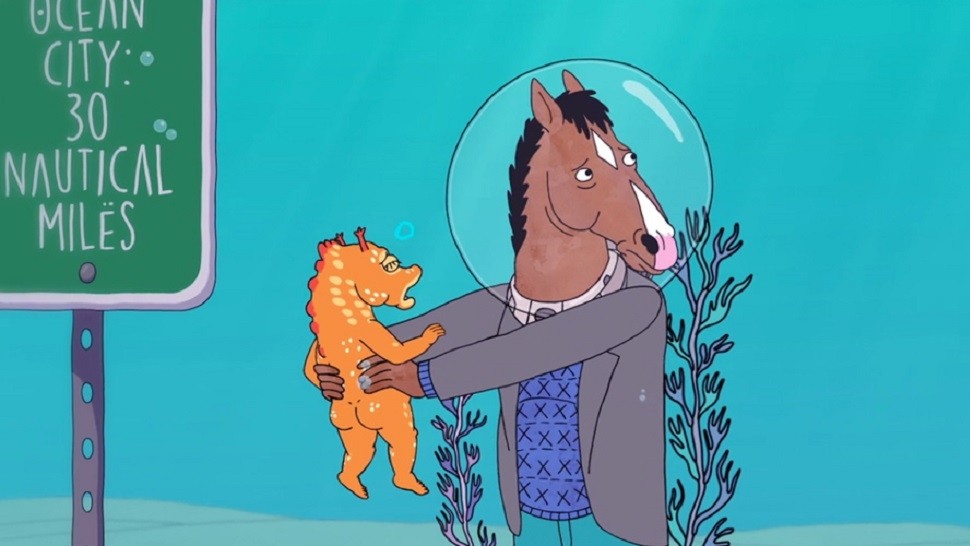 As the camera looms over an anthropomorphic horse sleeping in a king-sized bed, the opening credits will tell you everything you need to know about the sensibility of Netflix’s BoJack Horseman. The horse wakes like he’s been jolted, staring blankly at the camera as he’s moved from room to room. We follow him as he gets progressively drunker. In a dizzying mix of drums and horns, he falls off the balcony and into his own pool—eyes still open, dazed. There’s a disturbing quality to the way he doesn’t even try to swim upward, just lets himself sink deeper; above him, a small crowd gathers and only two of his friends, Diane and Mr. Peanutbutter, look at him with concern. The scene pulls back to a desert surrounded by palm trees, then a mansion sitting at the top of a hill. We are in Los Angeles, home of BoJack Horseman.

It is in peeling away the veneer of flippancy often found in most throwaway comedies that the show manages to reveal the severity in BoJack’s wise-cracks: an aching emptiness in his monologues.

Picking up where season two left off, the latest season of BoJack Horseman features the star of the 90s sitcom Horsin’ Around trying to stage his comeback and pseudo-philosophizing his way through a place called “Hollywoo,” where humans and animals live amongst each other. BoJack is joined by Todd, an affable yet freeloading man who lives off BoJack’s charity, his cat agent Princess Carolyn, the ghost writer of his memoir and human friend, Diane, and a Yellow Lab named Mr. Peanutbutter. This time is crucial for BoJack, as his star finally seems to be rising. Bojack is doing the press tour for his film Secretariat, a biopic about a racehorse whom he looked up to in his childhood. 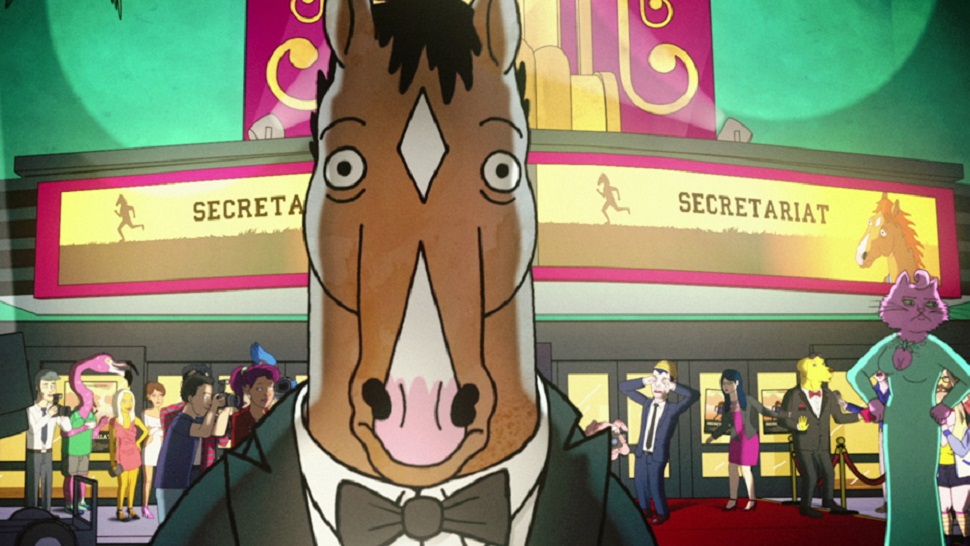 The show’s real power lies in unearthing the profound loneliness that haunts the cast of characters, especially BoJack. All the while he is trying to keep at bay a singularly modern kind of alienation, a gnawing emptiness that he wishes he could fill. It is in peeling away the veneer of flippancy often found in most throwaway comedies that the show manages to reveal the severity in BoJack’s wise-cracks: an aching emptiness in his monologues. Even being nominated for an Oscar fails to rouse any happiness in him the way he expected it would, and he wakes that morning feeling no different than the day before.

“One day, you’re going to look around and realize that everybody loves you but nobody likes you,” BoJack says, “And that is the loneliest feeling in the world.”

At its heart, BoJack Horseman is a story that is unafraid to plumb darker depths of in its treatment of serious issues such as depression, capturing the existential anxieties of modern life in a way that could have hit too close for a live-action translation, but landed on just the right level of levity and nuance for a cartoon about an anthropomorphic horse. This spirit emerges beautifully in the season’s absurdist fourth episode, “Lost at Sea,” where BoJack attends the premiere of Secretariat at the Pacific Ocean Film Festival, hosted under the sea. He is fitted with a helmet that enables him to breathe underwater, yet prevents him from speaking. It is here that BoJack, in an astonishing moment of coherence, delivers the most powerful line in the entire series: “In this terrifying world, all we have are the connections that we make.” 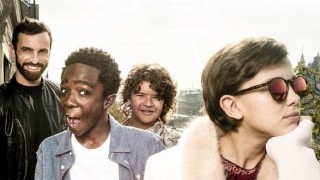 Are the 'Stranger Things' kids going to be Louis Vuitton models? 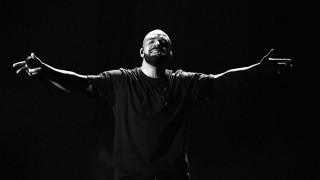