Marvel's latest film is set in the '90s, so the studio cooked up an old-school, Space Jam-style site.

Judging by the trailer for next month's Captain Marvel, Disney is having a lot of fun with the fact that the film is set in 1995: Its very first shot features Carol Danvers (Brie Larson) falling to Earth and crash landing directly into a Blockbuster Video. While the rest of the trailer largely resisted nostalgia-milking, the film's website shows that Disney is not about to miss a chance to capitalize on our era’s lust for all things nineties. It's a hideous GeoCities fever dream full of glitchy, lo-res gifs, text underlined and emboldened seemingly at random, and 3D perspective fonts.

Alongside the film’s trailer and character stills, the website offers a one click game ("CAN YOU SPOT THE SKRULL? PLAY NOW!") and not much else. You can tap at the frequently-underscored text to no avail, but the folks at Marvel have perfectly captured the perplexing pairing of visual frenzy and limited interactivity that marked the early days of web design. The site even features a broken image file, just for that touch of authenticity. 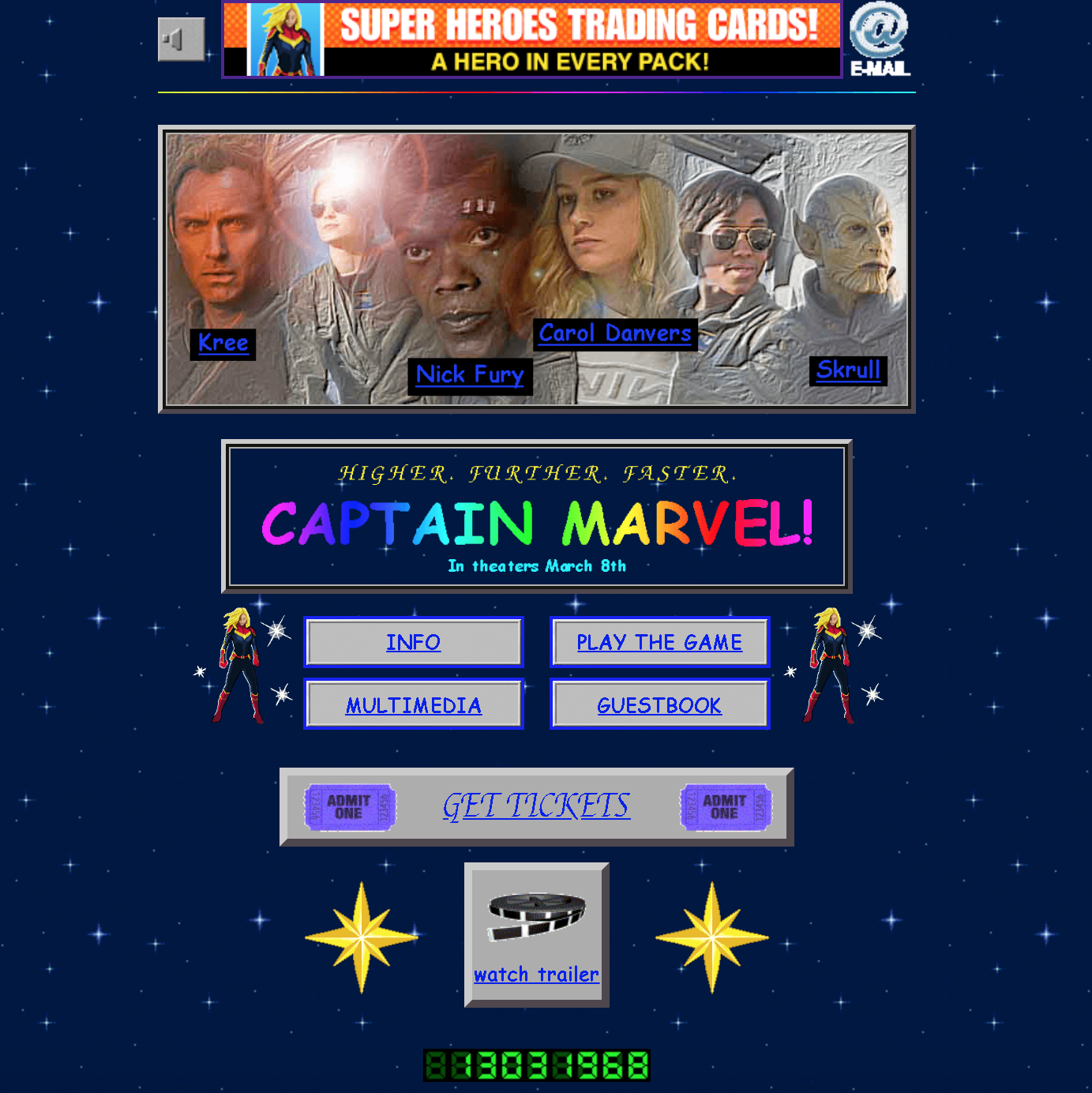 Captain Marvel's site draws clear inspiration from the website for 1996 basketball bunny classic Space Jam. Created just two years after the first-ever movie website went online, it remains on the web as a mid-nineties time capsule that’s still delighting fans today. After being rediscovered by a Reddit user in 2010, Warners Bros. initially took the now somewhat embarrassing digital dinosaur offline, before the website’s creators lobbied for it to remain up. When they made the site, one designer told Rolling Stone in 2015, they "never thought that it would live this long and have this much of an impact." It's the kind of lovely kismet that can only happen once, and winking bit of marketing that it is, the Captain Marvel site can only approximate the charm of the Space Jam original. Still, it hits all the right nostalgic buttons—just make sure your folks are off the phone before you dial up.