Last series was high on production values, low on making us feel pain. As the finale approaches, let's hope GoT rediscovers the brutal touch that made us fall for it in the first place

Like many people, I first became aware of Game of Thrones when the ‘Red Wedding reaction’ videos began bubbling up on YouTube in late 2013. In the clips, people were watching some TV show and leaping about like startled lambs, shrieking and hiding their face in their hands.

It all looked like some annoying stunt: until I wised up and watched what they were watching. The scene in ‘The Rains of Castamere’, the penultimate episode of Game of Thrones season three, saw almost the entire Stark brood—the heroes of the show—betrayed and brutally murdered in one swoop. In terms of upending TV convention, it was on par with watching Tony Soprano in 1999—at that point, simply America’s latest lovable small screen Dad—arrotte a man in broad daylight, the camera refusing to flinch as his lifeless body slid to the floor. That was almost 15 years earlier, but in both examples TV simply wasn’t supposed to do this. ‘The Rains of Castamere’, like ‘College’, also seemed to issue us thrilling challenge: you've seen what we're capable of. Now, are you with us?

The answer was, of course, was a resounding yes. In the five years that followed, Game of Thrones has become comfortably ‘the biggest TV show of all time’. And perhaps the most powerful narrative in that ascend - perpetuated by us, the fans—has been the idea ‘no one in the show is safe’. Early adopters thought it might be true when Ned Stark was beheaded in season one. All of us—including Johnny-come-latelys like me—felt it more surely after the Red Wedding. By the time Oberyn 'the Red Viper' Martell had his head popped open like a grape by The Mountain at the end of season four, even your Mum was saying it. No one in the show is safe.

GoT began to resemble a conventional TV show for the first time, even if we pretended not to notice

Except it isn’t really true anymore, is it? As the hype machine for the final season enters overdrive, it seems a good time to be honest with ourselves about what happened in season seven when, crucially, Game of Thrones began to deviate significantly from the storylines of the books. It’s no coincidence that from this point onwards, Game of Thrones began to resemble a ‘conventional’ TV show for the first time—even if all that accumulated goodwill meant we largely pretended not to notice.

The first warning sign was actually the episode Battle of the Bastards, towards the end of season 6. Now, let’s not be spoiled fanboys about this. Battle of the Bastardswas a masterpiece. As an edge-of-your-seats action sequence, it was peerless. The shot of Jon Snow alone before a charging onslaught of horse-backed Boltons. The moments of pure Macbeth when he appeared, briefly, to stop and glimpse the trauma all the bloodshed would inflict on him should he survive. The mountain of bodies that almost swallowed him whole—a gruesome, heart-in-the-mouth moment worthy of George A. Romero. Incredible, exhilarating stuff. 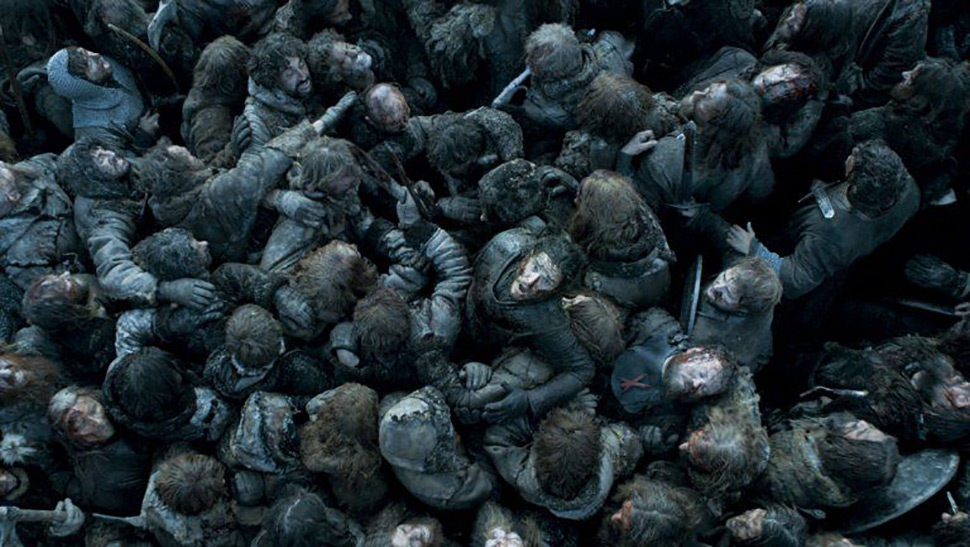 But the good guy won and, for the first time, we got exactly what we thought we wanted—which was to see Jon Snow repeatedly punch Ramsay Bolton in the face and then Sansa exact a brutal, poetic revenge using his rabid dogs. And no one we cared about—not the Onion Knight or Tormund the Wilding or even Yohn Royce the pompous Vale commander—died. Battle Of The Bastards is one of the great GoT episodes, but I can’t have been alone in feeling a twinge of panic at the happy ending.

Into season 7, and the next truly knife-edge moment came when Jaime Lannister made a foolhardy lunge at Daenerys' dragon after watching it decimate half his army on the way back from plundering Highgarden. Again: the whole battle was sublime, and the shot of the charge itself as beautiful as a John Martin painting. But then the Kingslayer was saved at the very last second by Bronn who rugby tackled him into a nearby river, and the episode ended in the most conventional manner possible—with a cliffhanger over whether they'd lived or died - before resuming the following week with both of them emerging on the banks spurting out water, like heavy armour is no obstacle to swimming, like Daenerys couldn't be bothered to wait 30 seconds to see if one of her most important enemies sank or not. I don’t know about anyone else, but when that happened I physically flinched: for the first time ever Game of Thrones felt manipulative. Worse than that, it felt ‘safe’. 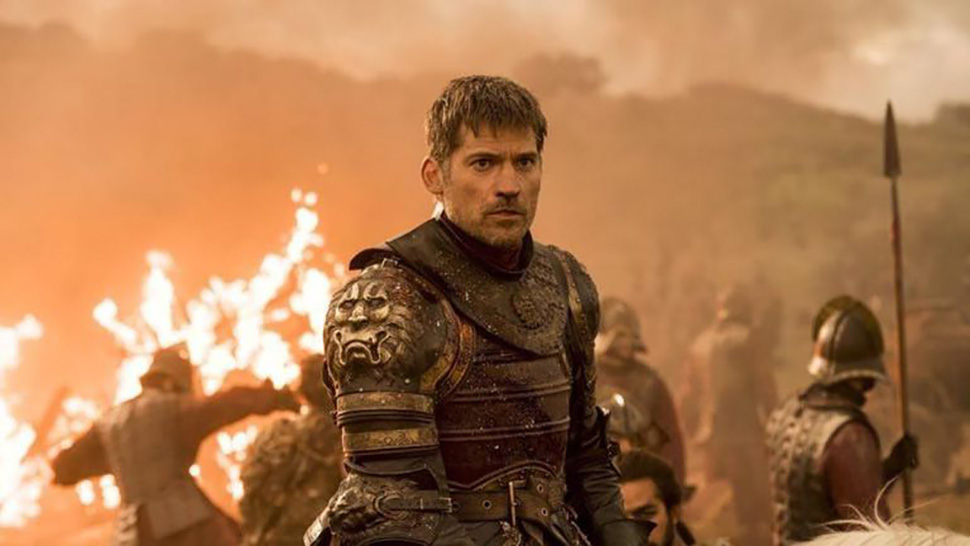 By the time we got to the sight of (deep breath) Jon Snow, Davos, Gendry, The Hound, Tormund, Thoros of Myr and Beric Dondarrion all teaming up for a mission beyond The Wall, I started to wonder if I was watching Game of Thrones or an Avengers spin-off. What made ‘Eastwatch’ infuriating, beyond the implausibility of so many key characters merging at the same place at the same time, was that they took a few nameless extras along with them to be conveniently sacrificed (one of which to a zombie bear: am I taking this too seriously?). It was the oldest, cheapest trick in the book and frankly, beneath The Greatest Show of All Time. In the end, Thoros perished in the snow but everyone else we cared about escaped.

The point being that, while the scale and scope of Game of Thrones' battle sequences have improved to the point each episode is basically a trip to your local multiplex, in recent seasons it's felt like the writers have lost sight of what made us really fall for the show in first place: that horrible, vulnerable feeling Westeros, like the shitty real world we inhabit, is brutal and unfair and full of tragic endings.

Maybe Benioff and Weiss have done it on purpose. Maybe they're saving up all the deaths for the final six hours so they can pound our hearts to dust and leave us balled up on the floor. They deserve the benefit of the doubt. But while everyone tries to guess who’ll end up on the Iron Throne, let’s just pray that person isn’t surrounded by a coterie of familiar faces who 'just made it' through a war scene that claimed a thousand extras. Let whoever it be—Arya, obvz—find themselves sat there, alone, next to a pile of familiar bodies. In short: let Games of Thrones be Game of Thrones, and let the heads roll.