Francis Ford Coppola says it's "absolutely true that Mario [Puzo] 'made' me and his novel The Godfather changed my life" in a new foreword he's written to accompany the 50th anniversary edition of the book he adapted into the legendary film.

Having dismissed Puzo's book as "a potboiler filled with sex and silliness" on first reading, Coppola discovered there was something timeless inside it on a second pass, according to the extract featured on Entertainment Weekly.

"What I discovered was that lurking within was a great story almost classical in its nature; that of a king with three sons, each of whom had inherited an aspect of his personality," he writes. "I thought that if I could just extract that part of the book and make the film about that, then I could work up some enthusiasm for it." 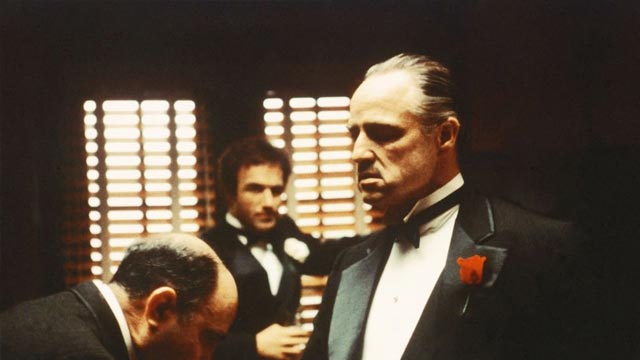 "In the scene where Clemenza describes a recipe to Michael, I had written, 'First you brown some sausage, and then you throw in the tomatoes…' Mario scribbled, 'Gangsters don’t brown, gangsters fry.' And it was like that, throughout my draft of the script — just a handwritten note here and there, but they made a powerful difference."

Coppola remembers himself at the time as "the young man who’d caught lightning in a bottle... a shy kid from Queens, a perpetually bad student who had been temporarily paralysed by polio", but found a good friend in Puzo.

"I just loved to be around him," Coppola says. "I loved him like a favourite uncle. He was so much fun to be with, so warm and wise, funny and affectionate." Coppola took his advice about never letting mobsters think that they know you or have befriended you too - when John Gotti, the head of the Gambino crime family in New York, turned up on the set of The Godfather II looking to make his acquaintance, Coppola turned him away. Probably sensible.