We find out how they filmed that head-bangin' scene. 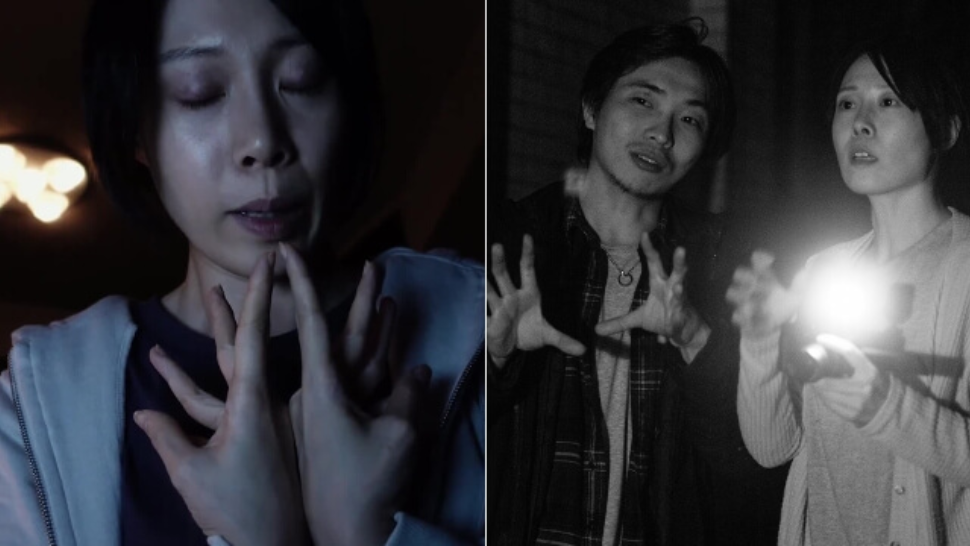 You know the state of the world is seeing difficult times when we turn to horror and survival movies on streaming services like Netflix for a stress-reliever. At least, such was the thought process when put on Netflix's latest horror film from Asia, Incantation. Little did we expect that this spooky feature that literally puts a curse on its audience at the end was based on a true story.

The Internet was abuzz with the question "Am I cursed now?" and we were curious to get to the bottom of that as well. We recently got to speak with the film's director Kevin Ko, as well as the stars of the film, Tsai Hsuan-yen (who portrays the lead Li Ronan) and Kao Ying-hsuan (who portrays the foster care worker Ming), and find out some tidbits about the real story behind making the horror flick.

Here's what we found out from Kevin Ko and the cast of Netflix's Incantation.

The film's curse spawns from the titular incantation recited by characters at several points throughout the film. We were curious about the inclusion of specific details like the demonic entity known as the Mother-Buddha, as well as the mention of the Yunnan province and Minnan language in relation to the curse. When asked about the research that went into these religious figures and cultures, Ko said:

"We tried to make this film about religious figures. We tried to find a lot of references and studies across Asia, to find elements that could be convincing and compelling to audiences in Asia. We focused on elements that we had heard or that we were exposed to while we were young in Taiwan, to make it radical and also believable. Most importantly, we wanted to make sure it was fictional, so everybody is sketched by hand."

Based off previous comments Ko made, the film's "based on a true story" aspect seems to be inspired by a family that was supposedly cursed by the gods and haunted in their home in Kaohsiung, Taiwan. However, the film is evidently more of just a loose reenactment of those events, and acts more as a fictional story about Internet culture, as Ko previously stated that he wanted to tell a story about a curse that incorporated "cursed email chain letters" that he had witnessed be spread around. He said:

"The story actually started with the chain letter idea, so we wanted to make it infectious, poisonous, and also spreadable, and that’s how we tried to frame the story. That’s the situation when we encounter the incident in Kaohsiung."

"For some elements in [the real-life incident], you’d think that you shouldn’t get close or know too much about it. You’re afraid to know more. I wanted to put those kinds of elements into the film, so that when audiences watch the film, they feel like they shouldn’t continue watching this film. That’s why I put [the Kaohsiung] story into the film."

Director Kevin Ko with Tsai Hsuan-yen and Kao Ying-hsuan behind the scenes while filming Incantation.

Given that the film is not an actual documentary, and only filmed found-footage style, we were curious about the staging, blocking, and camerawork that had to be prepared to bring the film to life. We asked lead actress Tsai about the unique differences between shooting for a regular film and a found-footage, mockumentary feature, to which she replied:

"In the normal filming process, you don’t have to think about the lighting, the composition, everything on set. You just focus on playing the role and being an actress. However, in this film, there were many cases where I actually had to hold the camera and act at the same time."

"There’s also one scene where people don’t see me in the scene, but I’m holding the camera and you can see the fear and emotions in me," Tsai continued. "That scene I actually rehearsed with the cameraman many times. All night, actually. In the end, I was standing beside the cameraman and the cameraman could actually feel my breath and my emotions, as we move forwards and backwards together, so he can relate to my emotions and portray that in the scene."

Director Kevin Ko and Kao Ying-hsuan while filming that banger of a scene.

Speaking of the unique challenges of shooting a found-footage horror film, we just had to ask Kao about that scene towards the end of the film where his character is lost in a trance, reciting the incantation as he repeatedly bangs his head against a table. On the making of that scene, Kao said:

"Actually, we were trying to make that more convincible, so we had [myself] banging onto soft material—but not that soft, a little harder than 'soft'—just like leather shoes, and my head was just banging there. One, two, three, four, five, six times, with words that I’m saying at the same time. Kevin will say 'Mmm, could you smash a little bit harder?' or 'The words that you speak, I want growling or something different. Could you try again?' I try again and again, until Kevin feels  ‘I think that’ll be all. Okay, go to makeup,’ so we put on some special makeup then we go back to banging again, and again, and again… like three or four times, four sets of shooting."

Beyond all the horror elements, the film's core is undoubtedly centered on the mother-daughter relationship, as the film's climactic scene has the mother Ronan take the curse upon herself to save her child Dodo. It's also revealed that she has cursed the entire audience watching the Netflix title, as part of her plan to save her child from the curse. On crafting that complex mother-daughter relationship, Tsai explained:

"It was important in the film that we show the mother-child relationship as authentic and natural in our actions, so we actually spent a lot of time together with [Dodo actress Huang Sin-ting]. We shared different stories with each other, then tried to make it smooth and natural on set and off set."

"I remember there was a scene where she was cursed and would wet her bed. On set, the little girl was really reluctant to go back to bed, because she was exhausted after a whole day. It was late and everyone was exhausted, so I stood near her and told her, ‘I know you’re tired and it’s difficult for you, but take a look. You have all this special makeup on you. We have all the set, your hair, your costume, everything is prepared by all the people here, so can you work with us, to help all the brothers and sisters on set to make this scene. Afterward, she said yes and we completed the scene. Stories and little bits like this help us to create a really authentic mother-child balance."

The mix of true life facts and fictionalized family drama undoubtedly is what makes this Taiwanese horror flick live up to the word of mouth that touts it as one of Asia's scariest horror outings in recent times. That is if you're willing to risk hitting play on it in the first place. 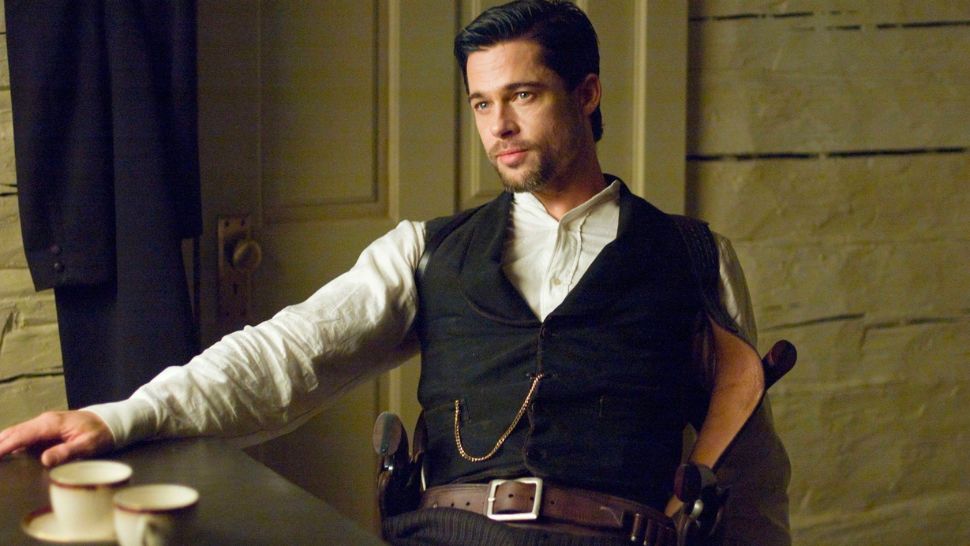 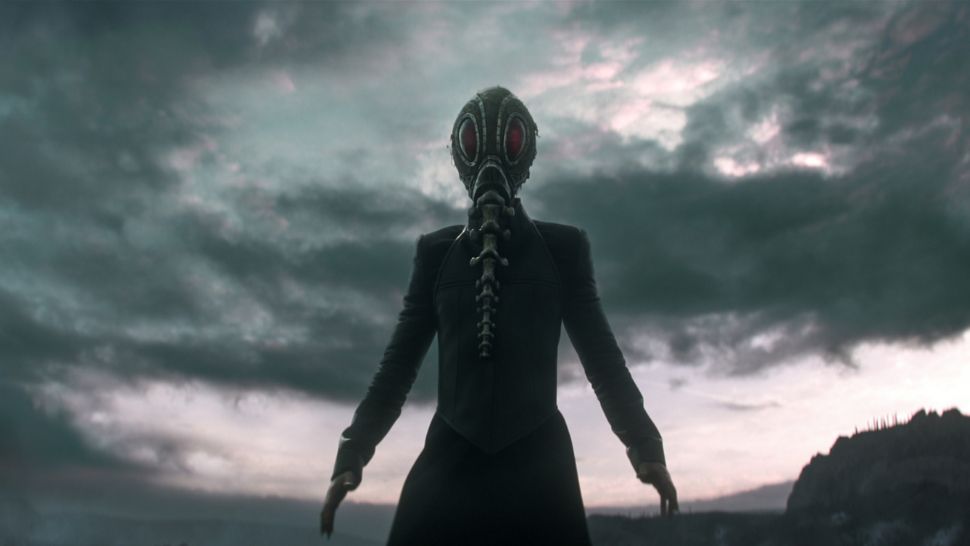 Just Two Days Since Its Premiere, The Sandman Is the No. 1 Watched Show on Netflix in 54 Countries
All Photos
Comments
View As List