Jo Koy mines culture and family for big laughs in 'Comin' In Hot.' 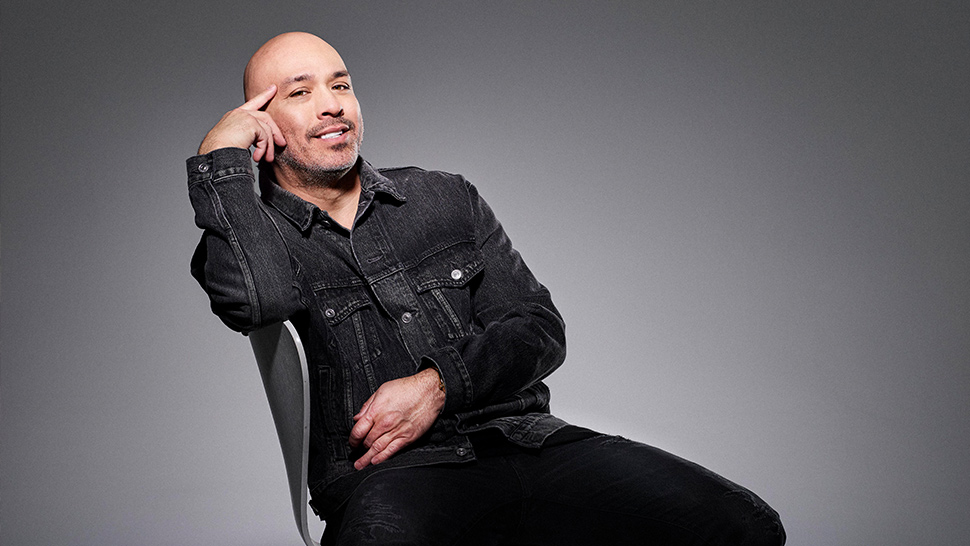 “Ha?!?,” yells the man known as Jo Koy, born Joseph Glenn Herbert, into the camera, his face humorously contorted in bafflement. It’s the punchline of one of his latest short skits on social media, where he treats his followers to little snippets of Filipino culture. Jo Koy, who is half-American but was raised from a young age by his Filipino mom and aunt, takes advantage of his heritage to great effect.

Just as the skit turns normal Filipino behavior into something funny, Jo Koy also mines his experiences being raised by his mom and now raising his own son, Joe, to craft some truly relatable comedy. His fans will notice a good number of his jokes revolve around the two. Asked why they are his favorite targets, he quickly corrects the question: “Not targets, but my favorite topics,” he explains, “My mom and dad divorced when I was very, very young. I was raised by my mom. A lot of people ask me about my father, and I’d love to talk about my dad, but unfortunately, he wasn’t there.”

His son, Joe, for better or worse, is very much there. “My son is with me the most,” he relates, “He’s the one right next to me, he’s the one that gives me a ton of material.” Joe, who’s been a topic of Jo Koy’s routines since he was very young, is now well into his teens and gets to be the central topic in some of the funniest bits in Jo Koy’s latest Netflix special, Comin’ In Hot.

The jokes are intense, riotously funny, and conceivably highly embarrassing to a teenage boy. But the comic clarifies he always gets his family’s blessing for every punchline. “Before I put [a joke] on tape, I always make sure to do it in front of my mom or my son, and see if maybe it strikes a nerve with them or offends them. If they give me their graces, then I’ll do it,” he says.

For Jo Koy, telling funny and embarrassing stories about his family is his way of showing love, while making fun of Filipino traits and habits is a way of showing his pride. It’s no coincidence that Comin’ In Hot started streaming on June 12, Philippine Independence Day. “Anyone who’s doing stand-up, it’s basically what you want to talk about,” he explains. “The cool thing about stand-up is that there are genres, as well. There’s puppets, there’s jugglers, there’s singing comics, people who tell jokes about political stuff, and people who talk about their families and tell stories.”

Telling stories is something Jo Koy does extremely well. His relatable comedy has led to numerous sold-out shows in different parts of the world. Hololulu, where he taped his Netflix special, has declared November 24th as “Jo Koy Day,” owing to his popularity and record-breaking seat sales.

Wherever he goes, he puts his observational skills put to good use. “That’s my skill set, I was born with it. God gave me the ability to just be funny. Whether I’m walking around in any town, whether it’s Kansas City, or Nashville, or New York, I always pick up on the locals and what they do, where they eat, and how they act,” he explains. “And when I get up on stage, I poke fun at it. I bring them in, and that’s when I take over and start doing my stuff.”

Jo Koy’s brand of comedy is different from his peers. He steers clear of political discourse, doesn’t talk about relationships or gender politics, and doesn’t even really joke about being wealthy, a usual topic of stand-ups with their own Netflix specials. Instead, he talks about what he really loves, his family. This isn’t to say the stories are 100 percent true, “I think every comedian embellishes the truth. It wouldn’t be funny if you didn’t,” he says. “But for the most part, those are real stories. Those are from the heart.”

It might be a weird way to describe stand-up, but it seems fitting to call Jo Koy’s comedy as having heart. As much as he makes fun of his family and culture, his love for both oozes from the stories he tells. He weaves stories from his mother’s incredibly strict yet non-physical way of disciplining children, and as he makes a funny crying face imitating his childhood self, we see ourselves reflected in him. Jo Koy is relatable because he’s us. We laugh at his stories because there’s some of that truth in our lives, even more so as Filipinos.

Jo Koy talks about what matters to him, things close to his heart, but even the things that he doesn’t talk about, such as the Jo Koy Foundation, a charity organization dedicated to raising funds for lupus research, are related to the people he loves. “My sister has lupus. I like to raise money for lupus [research], lend support in whatever way I can, trying to find answers for this horrible disease,” he says. The comic enjoins people to help in any way, even reading about the disease at lupus.org.

There’s an ineffable lightness to Jo Koy’s comedy that seems to come from being happy and content. Despite parts of his act confessing an insecurity about his baldness contrasted with Joe’s full head of gorgeous hair, the biggest joke of Comin’ In Hot is actually about being, well, small. He approaches the subject of size with maturity, hilarity, and exemplary confidence. It’s reminiscent of another Netflix special released earlier this year, Ken Jeong’s You Complete Me, Ho, and both men turn concepts of masculinity on its ear.

Jo Koy is refreshing, joyous, and earnest. Comin’ In Hot remixes some jokes familiar to fans of his work as well as includes brand new material. He reads his audience extremely well, and many of his jokes count on his instincts being right about who’ll be sitting in front, who’ll be sitting in the back, and the way the audience interacts with his routine.

There’s a pleasantness to seeing comedy that comes straight from the heart. In the case of Jo Koy, that’s where all the laughter comes from.

Jo Koy Comin’ In Hot is now streaming on Netflix.

The Avengers: Endgame Writers Have Finally Explained Why They Ignored That Big Plotline
All Photos
Comments
View As List