And two dogs as well.

In one picture, we see Reeves looking pretty… well, John Wick-ish, while in the other, his character walks through the desert with Berry's Sofia, along with her two dogs.

Opening up about John Wick 3, Reeves told Entertainment Weekly: "The third chapter is literally connected to 2 and starts with John Wick on the run. It goes crazy from there."

Teasing Berry's mysterious character, the actor added: "She has a past with John. I end up going to find her to see if she can help me."

Interestingly, as noted the picture shows two pooches, as director Chad Stahelski explained: "Whereas John’s puppy was symbolic of his wife, Halle’s two dogs are symbolic of someone she’s lost."

He added that they developed an action sequence around her "canine assistants…. They work very well tactically." 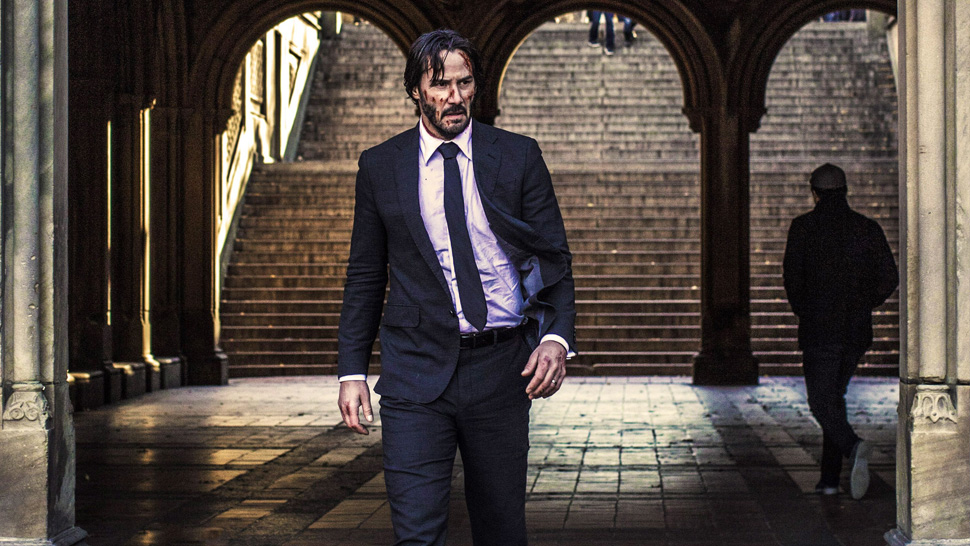 Stahelski also teased that the movie will be "a little bit of an origin story" and that its death count will "land slightly north" of the previous movie.

Explaining the movie's title, Parabellum, earlier this year, Reeves revealed: "[It means] 'prepare for war.' It's part of that famous sentence, 'Si vis pacem, para bellum' which translates as, 'If you want peace, prepare for war.'"

This story originally appeared on Esquire.co.uk. Minor edits have been made by the Esquiremag.ph editors.
More from EsquireMag.ph

The Suits In John Wick Are Better Than Ever
CONTINUE READING BELOW
Recommended Videos
Shares
Share
Tweet
View More Articles About:
Movies
entertainment
More Videos You Can Watch