Plus, the actor talks gravity-defying dance skills and working on-set. 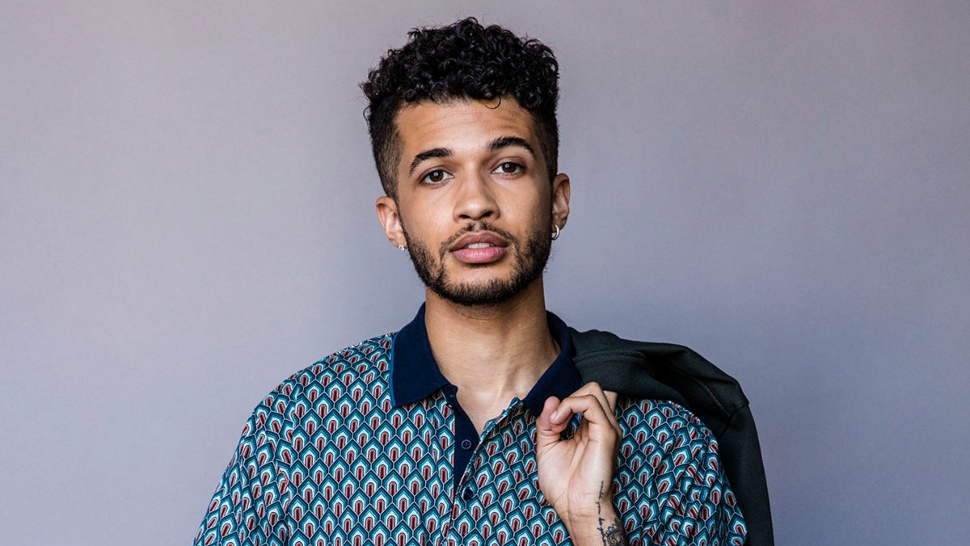 For Jordan Fisher, working on Netflix's Work It (forgive us) was extremely familiar territory. And, that's putting it lightly, considering he has 16 years of dance experience under his belt from multiple dance projects and musicals that include musicals on Broadway and movie musicals, too.

We spoke with Fisher about Work It, gravity-defying dance skills, and why a modern dance movie is what we all need right now.

ESQUIRE PHILIPPINES: What was it about Work It and your role as Jake Taylor that got you interested?

Jordan Fisher: It was kind of a different film but it was originally attached to a different script then. During the rewrite, there was some real humanity that was brought to the film—that's what got me really excited. I think that there are a lot of actors in the world that you know can dance, and something about dance films are just infectious and I think that it's just typically something that you want to do at some point in time in your career and I'm no exception. I definitely love the idea of a dance movie. I grew up watching dance films Dirty Dancing, Footloose, and Save the Last Dance, You Got Served, Honey, etc.

ESQ: How do you view Jake Taylor?

JF: Jake was kind of at the top of the world. In the dance industry, he's a super pronounced, super respected dancer, choreographer and he worked really, really hard on getting to that place. Then, there was a freak accident, and seemingly his whole world just kind of crumbled on him. I think that we've all dealt with something along those lines at some, some point in time, maybe not to that extent, but that was everything that he loved and knew. Dance was everything that he loved the new and doctors told him that it wasn't going to be the same again. Jake is able to come out of that and I think that just kind of watching that journey for anybody is going to be very inspiring. But, I think that it's also a great reminder to keep pushing and to keep going and to work past things and to get through things and to keep your head held high and not let yourself stay down.

ESQ: I know you’re an actor, dancer, choreographer, and more. Did you go into the role comfortable or do you think this made you have to up the ante a bit?

JF: I was comfortable with the idea of dance. I mean I've done dance projects before, movie musicals, worked on Broadway, and I've been dancing for 16 years. So, I think that part of it was pretty comfortable for me so much that as an actor, for me, it was about giving Jake a place to be likable. He could definitely be broody and salty. But, allowing there to be an arc, and for you to really care about him and love him by the end of the movie and be excited for him and, and for really for Quinn's journey and how he's able to help her journey and, and also watching Quinn help Jake as a person, as a human. That was the thing that was super important, making sure that that read. So, hopefully, it does and, hopefully, people see that and feel that and then like Jake for that.

ESQ: What was your collaborative process with Sabrina Carpenter like?

JF: It was great and we've been friends for a really long time so that's just helpful. When you go to a project with people that you've known for a long time, it makes everything so much easier. I think especially where a dance film is concerned, so much of it is about trust, plus the fact that we played opposites of each other and we have a romantic interest in one another. She's just great. she's a gem absolutely wonderful to work with.

ESQ: Do you have any favorite moments from Work It?

JF: There's one dance sequence that Jake does with his like former crew that you see when Liza [Koshy] and Sabrina's [Carpenter] characters are kind of looking Jake up and trying to get a read on him and understanding his history as a dancer. Then, you watch this awesome dance sequence that Jake does with his former crew. That was a ton of fun, and very fulfilling for me. My favorite scene in the film is probably when Jake and Quinn do a duet after a date. He's basically trying to help Quinn out of her body and how to flow freely as a dancer and with movements and all of that. It's really beautifully done.

ESQ: What would you say is the most challenging part of the film?

ESQ: There were some good themes in the movie like not giving up and things like that. Can you talk about that?

JF: The messaging is the thing that I'm most excited about. It's the fact that the movie is really about people. It is about dance, but it's mainly about people. We all have plans and goals in our lives. Seemingly, to us when we make them and we're working toward them the idea of them failing and going in a different direction is just unbearable. Plans will always change and, oftentimes, goals will change and they will inform new goals and maybe a new passion that you find later in your life is one that you're actually meant to do. It's really up to us like as life throws us curveballs how we navigate that is everything in our happiness, joy, and success as people—and I love that messaging.

ESQ: Who are some of your inspirations when it comes to dance?

JF: We just had a blast. Every day was just laughter, we just would laugh. All three of us would just kill each other with laughter, especially Liza. She's one of the funniest people on the planet and also one of the kindest, sweetest, and hardest working. Between the two of them, I just had a blast. We just had a ball on set. The whole process felt like summer camp, and by the end of summer camp we accidentally made a movie.

In this story: Photographs by Ian Phillips • Styling by Kimberly Goodnight at Media Playground PR • Grooming by Robert Bryan at Exclusive Artists Management • Shot on location at The Park Showroom

What If the Snyder Cut Is Just Sort of OK?
All Photos
Comments
View As List