The four-hour rock opera is arguably the director's most urgent, serious work.

My Twitter feed regularly explodes with governmental disgruntlement. Sometimes I weigh in, too. I don’t have many Twitter friends from the other side of the outrage, and the ones I do have are rather sober, nuanced, rational even, quiet mostly. This gives me a rather inaccurate lay of the land in that I only see the outrage, in all its permutations, and the source of the outrage, without annotations.

I realize that Twitter represents many different pocket universes, and not the reality of the country. But even from this lopsided, perhaps even insular, vantage point, I sense that it is an echo chamber that preaches to the choir, and I sense the black hole of indifference where a robust and determined opposition should be.  I sense, really, and ultimately, my own helplessness, and perhaps it’s our sense of helplessness as well. I sense, too, the usual wag-the-dog theatrics all regimes dabble in and how we keep falling for it.

Lav Diaz doesn’t have a Twitter account, but his new film, Panahon Ng Halimaw, ostensibly addresses the platform's weaknesses, its inability to to channel our surges of indignation and to weaponize our clamor. The poet-hero is a recurring figure in his cinema, but the poet-hero here (played by Piolo Pascual) and his works are ineffectual in rousing a population mired in their own complacency. Halimaw seems to be questioning, too, if all our rages—whether as woke tweets, as socmed pulpits, as protest songs, or as art-house cinema—really amount to anything.

Perhaps because he lived through it, and perhaps, too, because it constantly threatens to re-animate itself into a potentially more sinister, more dangerous form, Marcos-era Martial Law is something of a recurring milieu with Diaz: He first repurposed it as a science-fictional totalitarian dystopia in Hesus Rebolusyonaryo, then many years later, as this pall of almost-sentient darkness hovering over a small town that eventually eats itself in Mula Sa Kung Ano Ang Noon.

Panahon Ng Halimaw may be set in 1979 Mindanao, during Martial Law, but it’s obvious that the bleak landscape—with its rash of extrajudicial killings (though targeting straggling revolutionaries in this setup), insidious dog-wagging as a form of mind control, and a charismatic leader who blathers indecipherably and literally wears two faces—is meant not just to parallel but to overlap with the present regime. 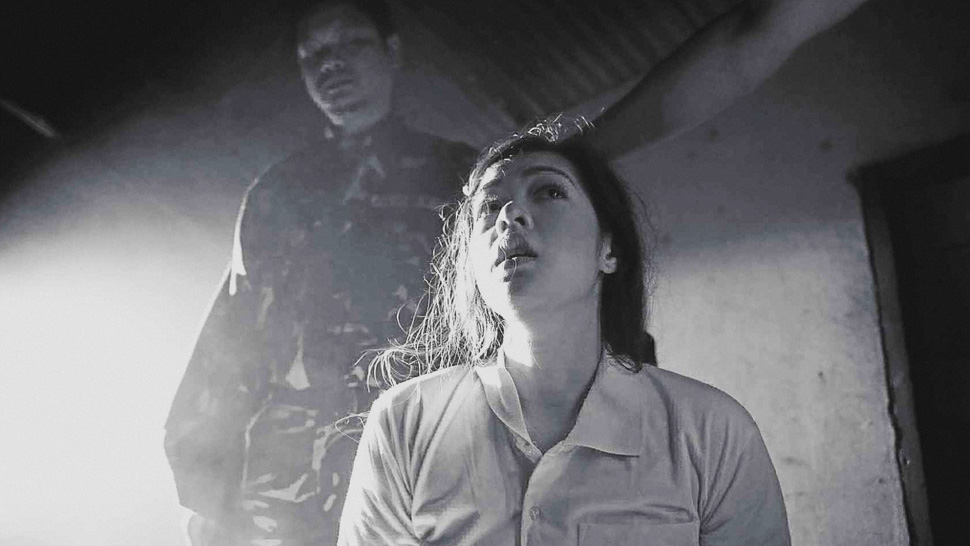 Twelve years ago, when I first stumbled on and became an adherent of his cinema, coming in blind into what turned out to be the first half of the still uncompleted Heremias, the notion of a Lav Diaz film having a theatrical run would’ve been nothing short of absurd, certainly miraculous. But Panahon ng Halimaw (also known as Season of the Devil) is the fifth Lav Diaz film to have a theatrical run in as many years, short as they may be. At this point, one would like to think there would be a significant drop in the number of people you need to handhold when it came to Lav Diaz.

That isn’t the case, sadly. But then again, Panahon Ng Halimaw is a slightly more difficult Lav Diaz film to shill, let alone metabolize, even for Lav Diaz stalwarts like me. It is perhaps his less allegorical and certainly his most urgent, most forthright, arguably most serious work. But it never lapses into pulpit nor anachronism. It may in fact be his most formally playful. Panahon Ng Halimaw is, after all, a rock opera, but not in the way an Andrew Lloyd Webber rock opera is a rock opera, of course. 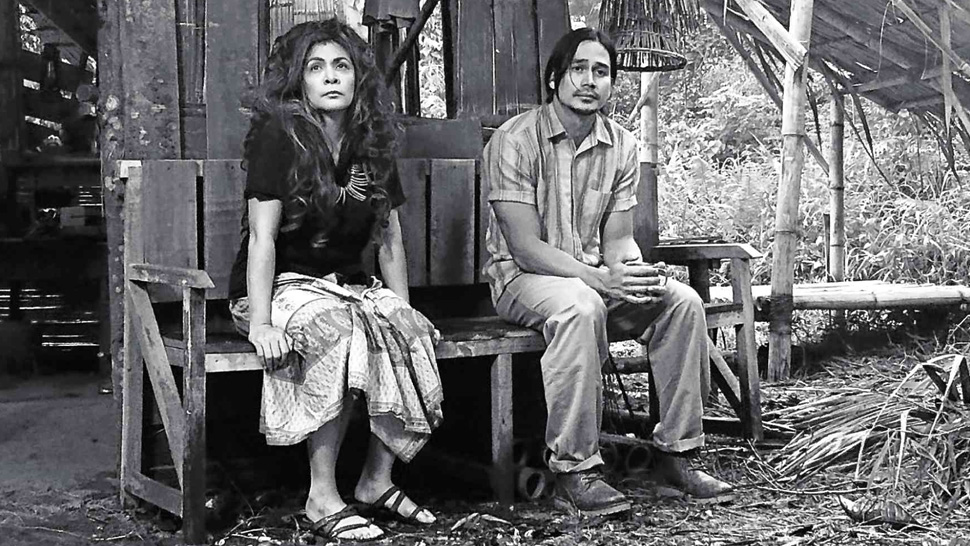 The poet-hero (Piolo Pascual) is a recurring figure. Played by Piolo Pascual, he is ineffectual in rousing a population mired in their own complacency.

The argument over whether form should trump content in socially aware cinema is low-key enough to make it seem as if we’re not even having the argument at all,  but Panahon Ng Halimaw is all but demanding we do. Deconstructed musicals are not virgin territory for arthouse cinema, of course. But this is more than a mere deconstructed musical. Borne out of urgency but shot through with resignation, its entire libretto is sung a capella in the recitative style by a cast that’s vocally uneven on purpose. There is no rouse in its call to arms, there is no hook in the songs to distract us from the tenor of its narrative weave, given over as they are to the transformative whim of  the characters singing them: Bituin Escalante’s benevolent narrator and Shaina Magdayao’s crusading doctor, coming on like snatches of emotive, melodic beauty, while Hazel Orencio and Joel Siracho’s government henchmen, are ominous, somnolent, atonal. It takes some easing into, give it that, but perhaps easing into it isn’t the point, and coming in a form that you expect to ease into is.

Conflating the Marcos regime with the present one is perhaps Diaz’s way of telling us that history will teach us nothing except that it repeats itself, and what he’s trying to tell us is something we ought to already know, but perhaps having it sung might make us lean in. “Mahirap gisingin ang nagtulug-tulugan” says a character in Lino Brocka’s Orapronobis, a film that was also about the cyclical nature of the political violence that besets us. We’re not quite there yet. But you can feel the stupor singing in our bones.