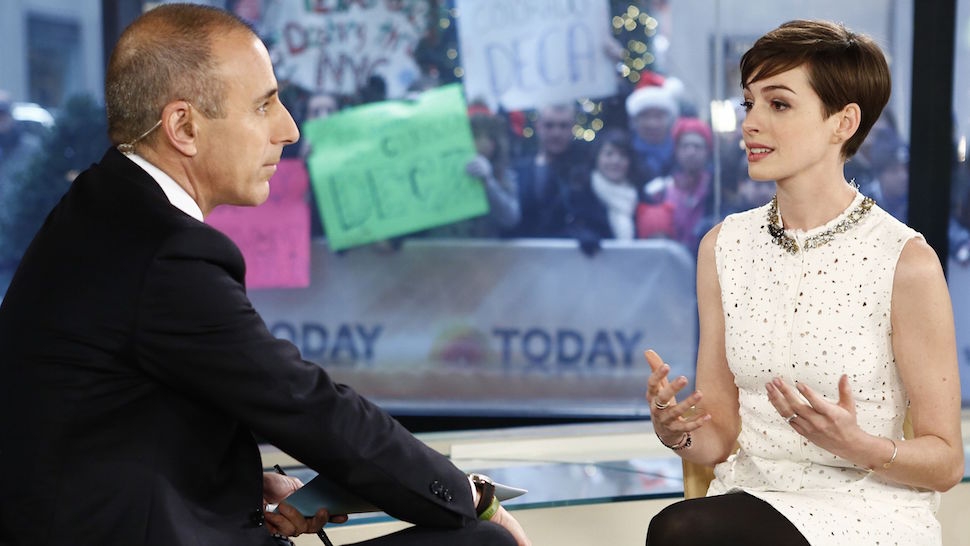 In a 2012 Today Show interview with Anne Hathaway, Matt Lauer joked "seen a lot of you lately" after the actress suffered a wardrobe malfunction in front of paparazzi when getting out of a car days earlier.

His comments have garnered a lot of negative attention again, five years later, after Lauer was fired from NBC Wednesday morning due to allegations of "inappropriate sexual behavior."

In the clip posted to YouTube, below, Hathaway said she followed through on her commitment to appear on the morning talk show despite what happened because she was there to promote her film. After Lauer asked her about the "lesson learned" from the incident—seeming to imply that she had somehow done something wrong—she gave her thoughts on how she felt the occurrence exploited her in a "vulnerable moment," which is no laughing matter.

"It was obviously an unfortunate incident," Hathaway said. "It kind of made me sad on two accounts. One was that I was very sad that we live in an age when someone takes a picture of another person in a vulnerable moment, and rather than delete it, and do the decent thing, sells it. And I'm sorry that we live in a culture that commodifies the sexuality of unwilling participants. Which brings us back to Les Mis [...] So lets get back to Les Mis."

Social media was quick to respond to the resurfaced video, and they were not too happy about Lauer's comments. 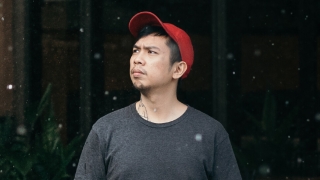