Vice Ganda doesn’t need the MMFF. If we’re to believe the numbers, that is. Shut out from last year’s MMFF, after years of being a lock, the last Vice Ganda vehicle, Super Parental Guardians, looked to be the crash and burn of his winning streak.  Instead, reports have it that the film went on to make even more money than the last one, breaking records Vice himself previously set. Yes, in terms of revenue, Vice Ganda is apparently the James Cameron of Philippine cinema, which is either good news or bad, depending on which side of the Vice Ganda fence you’re sitting on (if such a fence exists. That’s a whole new can of worms best left unopened, so for now, all we need to know is this: Vice Ganda doesn’t need the MMFF; it’s the other, previously standby franchises that do.

“Historic” is everybody’s favorite qualifier for the 2016 MMFF, and without being overly precious about it or pushing credibility, it actually was historic, maybe even revolutionary. We can argue about the curation, sure, about the actual quality of the films even. About the hubris and dangers of using that nebulous qualifier “quality film” as an objective measurement, about claims and counter-claims of ulterior motives, about how the old indie/mainstream dichotomies have become territorial imperatives, about how it's a disservice to the film when filmmakers beg people to pity-watch their films and save something they might not even like, about how cinema is not a cause, about the alleged existence of virulent theater cartels and how they may be at the heart of the chaos, about how the MMDA may be better equipped at handling traffic than running a film festival, about how the MMDA is not really doing a good job of handling traffic at all.

The point is that we were arguing, or at the very least talking, about our own movies again. This was not your rudimentary social media back-and-forth between the same old cinephiles, either. This was blather among casual moviegoers who either had a blanket indifference for domestic cinema or even a blanket disdain. Which is all to say that not only were people watching, they were invested.  The films in last year’s slate all seemed poised to start conversations anyway, even the studio-produced millennial rom-com. But the documentary about domestic helpers in HK and the transgender dramedy were more talked about, and perhaps even more beloved. It’s the sort of borderline utopian shaking up of the status quo that makes certain quarters very uncomfortable. The MMFF may have started out with lofty intentions of upgrading the cinematic sophistication of domestic cinema and its audience, but it has since calcified into a protectionist fortress, devoted to hawking a debilitating variety of trash cinema whose proliferation and profitability has been fortified in recent years by rumored dark allegiances and rumored corruption.  It took a scandal and a Congressional hearing to dismantle it, and a changing of the guard to rehabilitate it.

“Chances are a campaign to bring back the Old MMFF will be set in motion soon.”  I  wrote this line in my previous piece on the 2016 MMFF. I did fantasize how the next few years of the new guard would alter the dynamics of filmmaking.  What would be the impetus for making films now, given how unpredictable, diverse and adventurous the selection turned out to be? Will this force producers and directors to take on riskier material? Would there be more documentaries? More experimental work?  Would the franchise overlords make more substantial films? Will the indie/mainstream schism at last be dissolved? Or will it even be more sharpened into relief? And which would be healthier for our national cinema? It was all rather intoxicating. But the cynic in me had a feeling the new MMFF wouldn’t last, if only because you get a sense that the old MMFF wouldn’t go down without a fight, having always struck me as a confluence of aesthetic conservatism and unadulterated greed with vested interests that can be very bullish.

Turns out, with the recent shake-up in the MMFF Executive Committee line-up and rules, essentially a colossal act of fixing what isn’t broke, I may have been on to something. Two proponents of the old MMFF have been reinstated, while two of the more stalwart proponents of the 2016 MMFF have been relieved of their duties and erroneously branded as indie sympathizers, not that being one is necessarily a bad thing. Submission has reverted back to unfilmed scripts rather than finished films and commercial viability has returned to being a paramount consideration. Out with the new, in with the old.

Of course, the left-field progressives in the new Executive Committee, filmmakers and screenwriters and academe, outnumber the stodgy old guard, creating, at the very least, a terribly intriguing mix, and making all my fantasizing still remotely viable. But the MMFF is a highly political affair and one doesn’t need to be much of a cynic to be wary of political maneuvers in this country. There’s a lot of conspiratorial whispers in the wake of the announcement, as expected. But until this year’s line-up of films is announced, and certain franchise regulars figure in it, it may be too early to raise the alarm. 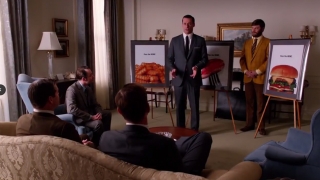