From Sean Connery to Uma Thurman

Actors don't always make great choices. Even your favorite stars, with accolades galore, have made a few dodgy movies.

Perhaps the biggest pitfall awaiting any actor is the role of the big-screen villain, a role that tempts even the most talented Shakespearean performer with its one-way ticket to Dollar Town.

Some manage it well (Alan Rickman, Ralph Fiennes and Anthony Hopkins, for example). Others have chosen poorly.

The members of this grim collection didn't so much as chew the scenery as book a table, sit down with it and tuck into a five-course meal. Witness the mighty, falling.

There's no arguing that the 1999 Will Smith sci-fi western is a clunker and even the film's lead admitted the film wasn't much cop. But sometimes you get good performances even in a bad flick. Sometimes an actor can lift themselves above the dire to inspire.

Sadly, even the powers of Kenneth Branagh couldn't elevate Wild Wild West up out of the stink trough. Playing the slightly bonkers lower torso-missing racist Arliss Loveless, Sir KB devours the scenery and then poops it out over his career up until this point.

Critics slammed the film and his performance, labelling it "panto silly". 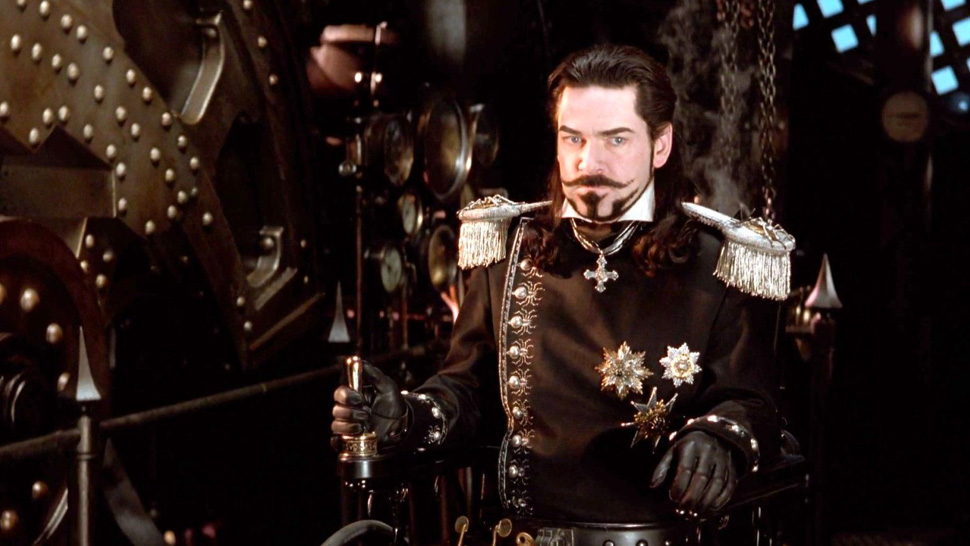 Usually when Oldman appears in any role you can be assured of something that's at least watchable.

However, this 1998 slice of big movie sci-fi couldn't be saved by his talents. His portrayal of Dr Smith matched the awfulness of what was surrounding him—including human entertainment robots Heather Graham and Matt LeBlanc.

His cartoonish portrayal lacked any kind of nuance or fun (and we know Oldman can bring that to villains: The Fifth Element, True Romance, Hannibal…) and was most positively reviewed as "camp". 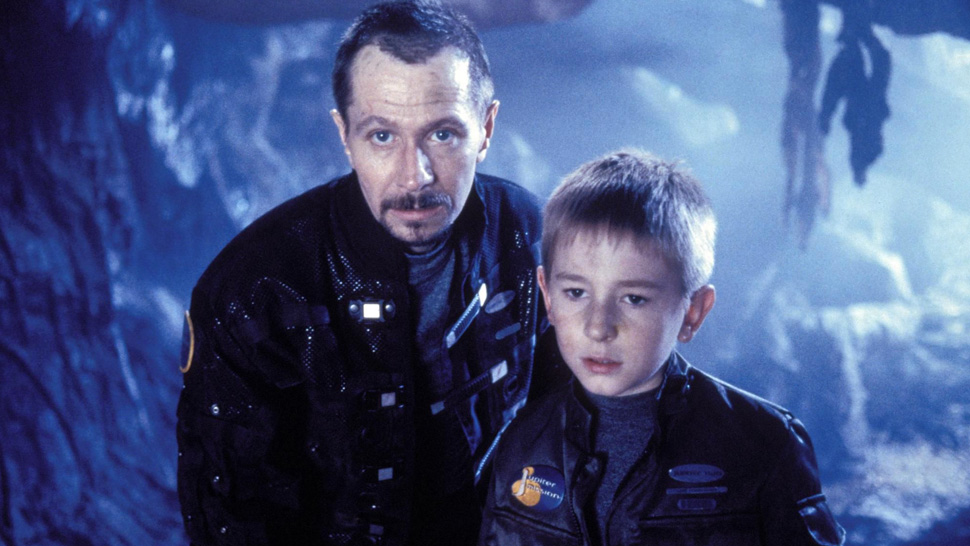 Irons, who won a Best Actor Oscar for Reversal of Fortune (1990), has turned in some memorable bad guys: Scar in The Lion King and Simon Gruber in Die Hard: With a Vengeance to name but two.

But then the '00s came and the respected actor had to find work in the likes of boardgame adaptation Dungeons & Dragons (featuring another terrible villain in the form of American Beauty's Thora Birch).

Irons played laughable, OTT wizard Profion, who managed to make a bad script even more risible. Incredibly, his reason for taking the role was, "I'd just bought a castle, I had to pay for it somehow." Which might explain his less-than-towering performance.

Oh, and he's abysmal as the villain in 2002's The Time Machine too. So there. 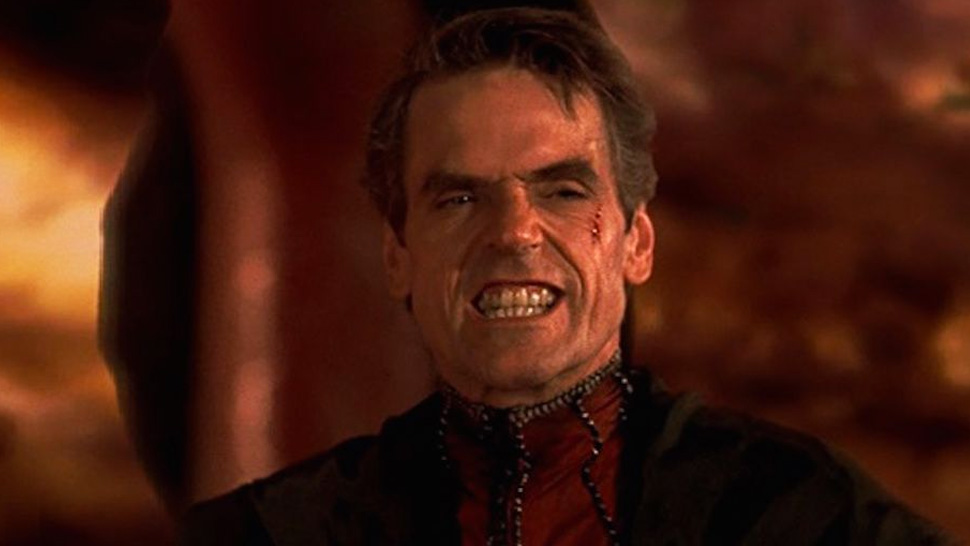 Finally, a non-Brit. Thurman had already wowed audiences and critics alike in Quentin Tarantino's Pulp Fiction, picking up an Oscar and BAFTA nom along the way.

Yet, mere years later, the actress was hamming it up in a costume that would not have looked out of place in 1980s episode of Doctor Who, with a performance to match, as bad girl Poison Ivy in Batman & Robin. Arnold Schwarzenegger was no better as her colleague Mr Freeze, but you expect it from him.

Thurman earned a Worst Supporting Actress Razzie nomination for her troubles and the film killed the Bat franchise for a few years. Good work guys! 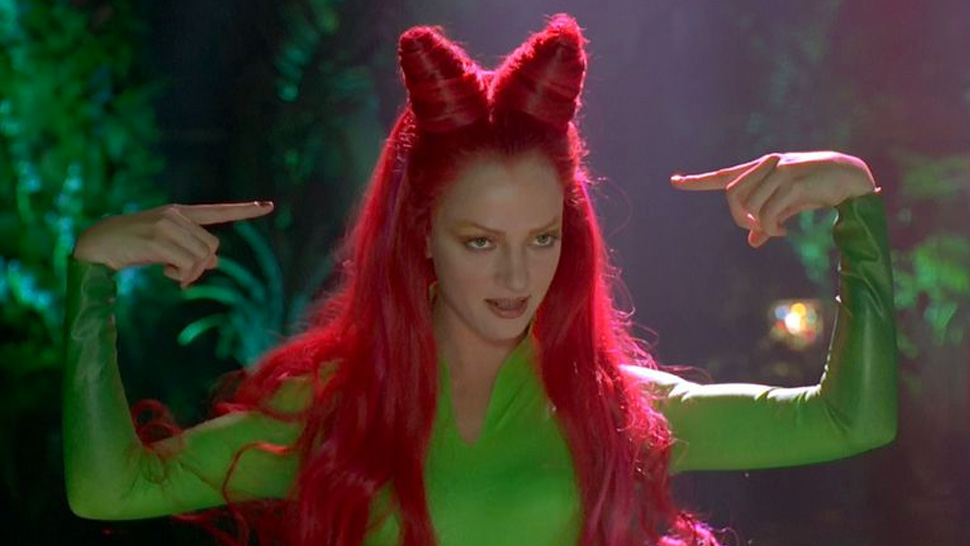 Sir Ben Kingsley, knighted for his services to the British film industry in 2002, joined the Royal Shakespeare Company in the late '60s, and found international acclaim and plaudits for 1982's Ghandi, including an Academy Award.

More Oscar nominations would follow, but so did a role as Kagan in 2005's BloodRayne, based on the videogame of the same name from "director" Uwe Boll.

Reviewers were not kind: "I honestly think Kingsley might charge by the facial expression, because he only wears two expressions through the whole movie," said one, while another commentator asked, "How does Ben Kingsley live with himself? Has he no shame?" (Maybe they were referring to the wig.)

Just two years later, the Schindler's List star said his reasons for taking the role were "immature," explaining, "I have always wanted to play a vampire, with the teeth and the long black cape." Okay then. 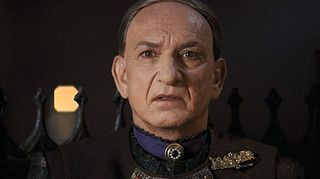 With Apocalypse Now, Blue Velvet and Easy Rider and an Oscar nomination under his belt, Dennis also had a burgeoning blockbuster career in the '90s with big-budget flicks like Speed.

However, Hopper came a cropper in the 1993 flop Super Mario Bros as the villain King Koopa. The "Goomba" screaming, boozy, tongue-lashing lizard tries to seduce human female Daisy (Samantha Mathis) and came off as a cheap Rutger Hauer lookalike with less substance than you would believe for a videogame adaptation.

He actually won a Razzie for Waterworld a couple of years later, so we'll chuck that in for good measure too. 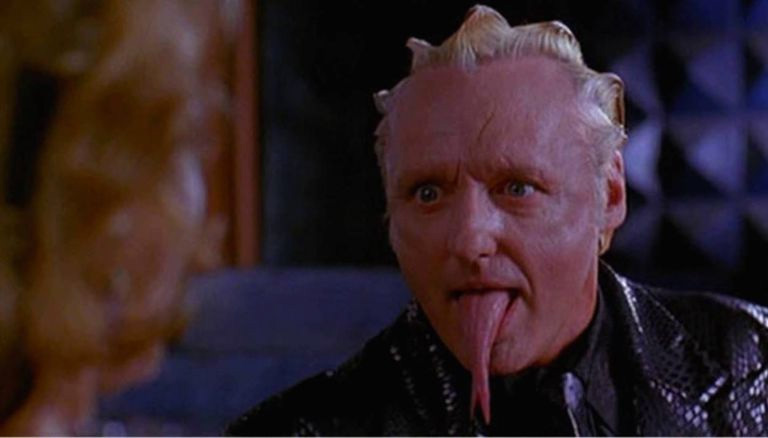 Surprisingly, given his accent range, Sir Sean has actually picked up numerous BAFTA noms and even an Oscar for 1987's The Untouchables.

His decision to take part in The Avengers (the one based on the TV series that is, not the Marvel movies) back in 1998 as a Bond-villain type may have seemed like a fun thing to do. Playing mad meteorologist Sir August de Wynter, the former 007 had his biggest challenge yet—a woeful script and a lack of screen time.

One critic reported on Connery's delivery: "never convinces you that he really and truly wants to destroy the world,"whilst another simply stated, "Mr Connery has never looked more like Burt Reynolds."

Like everyone else involved with this monstrosity, Connery was slapped with a Razzie nod. 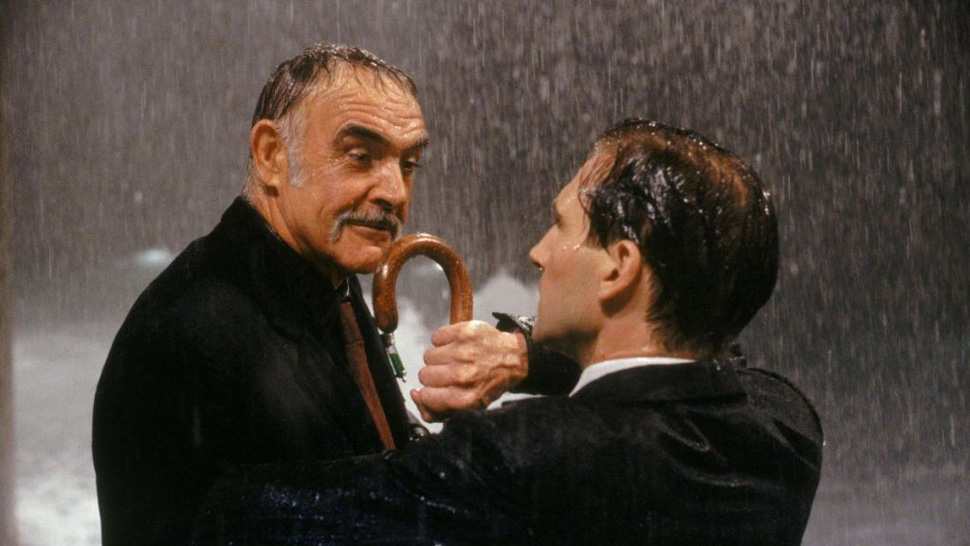 The double-Oscar nominee actor used to tear up the screen in diverse movies such as Dangerous Liaisons, Con Air and In the Line of Fire.

An example of his less-impressive oeuvre these days is lamentable Lord of the Ringsknock-off, 2006's Eragon (a film whose existence is ignored by fans of the original books).

Critics and cinema goers were harsh regarding his portrayal of King Galbatorix: one describes Malkovich as "flaccid and laugh-out-loud bad" and another claimed Malkovich was a "parody" of himself. 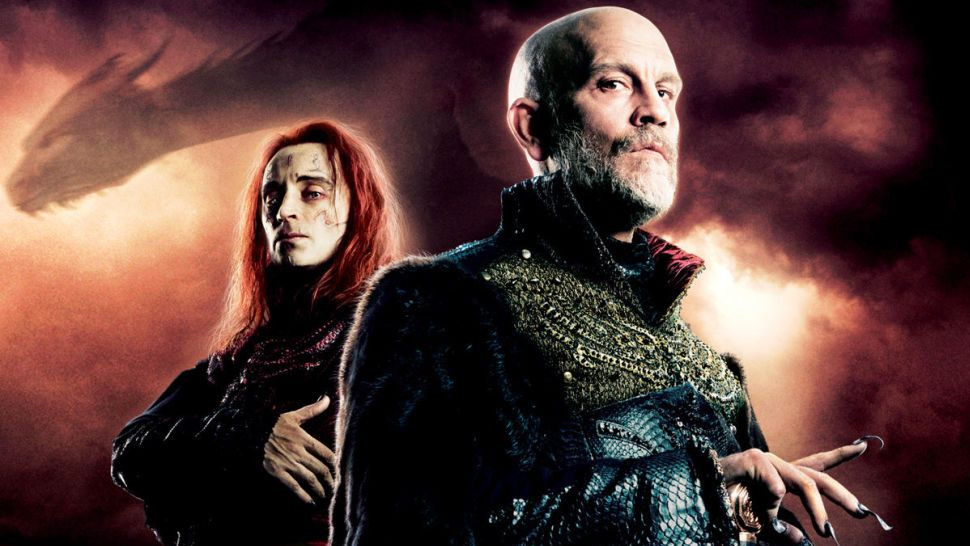 We feel bad for including Eccleston here, given most of his scenes ended up on the cutting room floor and he claims that Marvel lied to him about the use of prosthetics, but his role as Dark Elf Malekith is not escaping our rundown of awfulness.

Digital Spy described the actor as "devoid of personality" in the 2013 Marvel outing, perhaps down to the lack of backstory and limiting prosthetics on his face.

Chris himself admitted it made him feel like a "whore" and wanted to put a gun to his mouth.

'Avengers: Infinity War' Has A Pretty Sinister Message For A Children's Movie
All Photos
Comments
View As List