Star Wars is opting for heroines over heroes.

It's rare to find a science fiction or fantasy film that passes the Bechdel test, a barometer used to measure gender equality in fiction. The test, created by American cartoonist Alison Bechdel in 1985, has only one real requirement for a work of fiction to pass: two named female characters sharing a conversation about something other than a man. Doesn’t sound too hard, right? Now imagine science-fantasy blockbusters—a majority of which are helmed by and marketed towards geeky men with misguided gender sensibilities—taking that test. This poses more of a challenge.

The Star Wars franchise is arguably the biggest and most popular space opera in history. With its lightsaber duels, lovable Wookies, and galactic warfare, George Lucas’ oeuvre influenced and shaped a generation of male moviegoers in a way that is difficult to overstate. But it must be noted that none of the movies from the original trilogy actually pass the Bechdel test, given that Princess Leia was really the only prominent female figure then. Plus, she was too caught up in her iconic “Slave Leia” bikini (a truly unfortunate nickname that encapsulates the era’s lack of gender or racial sensitivity), at the mercy of Jabba the Hutt, for her character’s potential to be fully, er, fleshed out.

Before Daisy Ridley’s Rey, the scrappy scavenger of last year’s The Force Awakens, all of the franchise’s installments were fronted by men. There was Luke Skywalker, whose ascent from Tatooine farm boy to Force-wielding Jedi Master is a story arc cemented into the annals of pop culture. You’ve got Han Solo, the charming smuggler and captain of the Millennium Falcon, whose questionable morals when it came to wooing the ladies probably wouldn’t sit well with present-day feminists (try not to cringe when you watch that scene from The Empire Strikes Back where he forces a skeevy kiss on the princess). And don’t forget Anakin Skywalker, the Vader-to-be, whose less-than-stellar father-son relationship with Luke becomes the fulcrum of the original trilogy’s plot.

Thanks to Star Wars, little boys had new heroes to look up to—men who were brave and adventurous and complex. They were idols who were multi-dimensional, imperfect, and interestingly written.

In Rogue One: A Stars Wars Story, the canon gets its second heroine at the forefront of the action, risking life and limb against the Galactic Empire. Jyn Erso (Felicity Jones) is a young woman with a murky past, recruited by the Rebel Alliance to steal the blueprints for the Death Star. She is impulsive and bold—characteristics that, in other films of a similar genre, might cause a female protagonist to implode. But in the new Star Wars movies, these traits are rewarded, developed, and magnified. Following the ultra-positive reception to The Force Awakens’ Rey, it’s clear that Disney is taking small but sure-footed steps in allowing the female-driven narratives of this cinematic universe to take center stage.

Sure, Jyn is still surrounded by men, just as Rey had Finn and Poe. But this time around, the little girls finally have more women from the galaxy far, far away to idolize—women who are brave and adventurous and complex, like the men who were afforded those character traits before them. And truth be told, there’s no need to worry about whether or not Rogue One passes the Bechdel test. Jyn will be too busy poaching the plans of the Death Star and saving the day to have conversations of any kind. 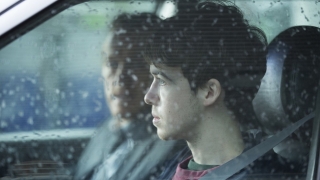 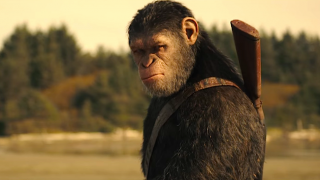 Why does this new Planet of the Apes movie look so damn good?
All Photos
Comments
View As List