TIL: "Double knotting" is not just for sneakers.

1. Dance choreographers are often called in to help. It takes a lot of thought to make on-screen hookups seem both spontaneous and graceful—i.e. nothing like messy regular-people sex. New York-based choreographer Tricia Brouk has been brought on to help map out scenes that include especially physical movements. (Her credits include the short-lived ABC series Black Box and the Off-Off Broadway musical Tokyo Confidential.) She first choreographs the scene with herself and another dancer, then shows what she calls her "dance" to the actors and director. She'll then teach the routine to each actor as she plays the opposite role. "Nothing is left to chance," she says, "so that no one feels like they are being groped, which could make an actor feel unsafe and therefore unable to be present in the scene."

2. Genitals are covered. While some actors and actresses are perfectly comfortable filming au naturel, on-set costumer Sarah Basta says "there are a few things we always have in our kit: the cock sock, the snatch patch." "A cock sock is a skin-colored pouch that he puts all of his stuff in; it has a drawstring on it. You put all of the things in there and then you double-knot it," says Basta, whose credits include HBO's Big Love and Netflix's upcoming female wrestling series, G.L.O.W. "Double knotting is everything."

Women wear a landing-strip-like patch stuck on with either "double-stick tape or this great product called Bikini Bite, which is a water-proof roll-on adhesive," Basta says. She's helped women apply their coverings but says most of the guys figure it out on their own. "I did have one great actor ask me what goes in it" when she handed him his sock, she says. "I just had to go 'all of the things.' 'What?' 'All. Of. The. Things. Put all of them in there.'"

3. Shooting doesn't stop because an actress is on her period. "Poor thing," Basta says. "There's only so much we can do." The Bikini Bite can come on and off if you need to change your tampon, she says, "but it's an adhesive so it kind of sucks."

4. Yes, there are body doubles — especially when a sex scene requires hours of shooting, which can get tricky with schedules. An actor (who declined to give his name for this interview) filled in for a certain Hollywood hunk to shoot a sex scene in an upcoming TV series. "It was a lot of different Kama Sutra positions and whatnot," he says. "It was five or six hours [of filming], and I had skinned knees, bruises, and Band-Aids on my knees for days," he says.

5. Boners happen — and don't happen. The anonymous actor quoted above says his approach is to tell his acting partner, "Sorry if I do, sorry if I don't, in terms of erections. That way, if it does pop up, she won't be afraid that it's going beyond acting. If it doesn't, she won't feel rejected." He has had no awkward situations thus far.

6. Makeup artists will apply full-body makeup. Viola Davis credits that, in part, with getting her through filming her romantic interludes on ABC's How to Get Away With Murder. It's like a second skin. Brigette Myre Sharpe, a makeup artist who's worked on HBO's True Blood and USA's Colony, says she prefers applying spray tan to makeup. "If you spray tan yourself to within an inch of your life, you feel like you're wearing more clothes," she says. And a dried spray tan is less likely than makeup to rub off on bedding, furniture, or other actors.

7. Sweat can be applied. "There are different ways we can make [actors] look sweaty," says makeup artist Rocio Jahanbakhsh (Mischa Barton's Deserted; the upcoming film Burn). "It depends on if the director wants dripping sweat or if they just want the actors to look sweaty without saturation," she says. "If it's just the look of oily skin, I put Vaseline on their faces. When it comes to the body … I've used baby oil mixed with water." She also uses products like Ultra Sweat, a body gel, and Mehron Sweat and Tears, which offers exactly what it claims, and is therefore also handy to have around for the more heart-wrenching scenes.

8. Pubic hair is often fake. Merkins, the crotch cover of 18th-century prostitutes, never really went out of style in Hollywood, especially now that so many stars wax. Makeup artist Sharpe, who affectionately calls merkins "pussy wigs," has applied them so many times that she had a sweatshirt made to commemorate this part of her craft (it features a picture of a cat wearing a wig). "I've definitely been up in people's business," she says with a laugh. "My no. 1 priority is making the actors feel as comfortable as possible, which in turn makes them feel more sexy."

10. Actors don't walk around naked after the director yells "cut." The costumer—or someone—is usually waiting with a robe and slippers, ready to bundle the stars up after a hard day's work. 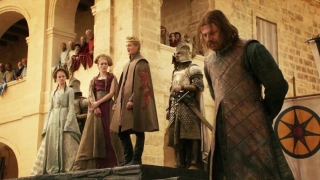 Where Are All the Promil Kids Now?
All Photos
Comments
View As List