The Portuguese trailer of Spider-Man: Far From Home has nuggets of new information. 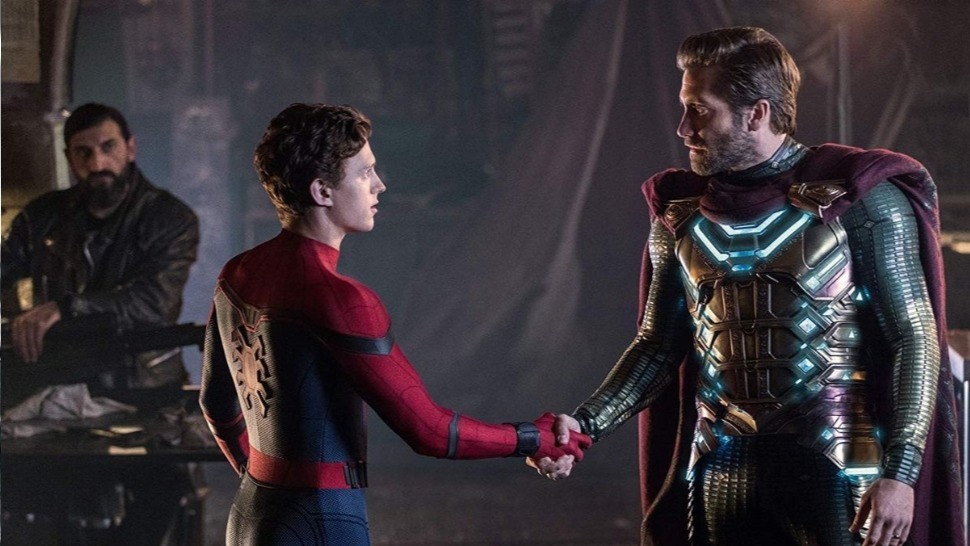 If you haven’t seen it yet, prepare yourself for the most gripping trailer yet of Spider-Man: Far From Home. The new international trailer opens with a cheery voice saying, “Em Julho… (In July),” which is promptly followed by “Novos trajes! (New outfits!),” and then cuts to the three different costumes of Peter Parker (Tom Holland) in the film.

The trailer was uploaded on YouTube by an account named TomHolland China. Unlike the American trailer, the Portuguese trailer more details about the movie, including new high-tech Spidey holographic gadgets reminiscent of Stark technology (or possibly Wakandan), a hotel scene with Michelle (Zendaya) and Parker’s best friend Ned Leeds (Jacob Batalon), and most interesting, a mention of “MJ” in a scene where Parker asks Happy to give her a necklace with a curious medallion.

The new trailer also gives clues into the expanded role of Happy (Jon Favreau), who was formerly Tony Stark’s driver-turned-assistant-turned-top aide. In the trailer, Happy is shown to have a more active role as Parker’s confidant, advisor, and even possibly sidekick.

The second installment in the series follows Parker and friends on a Europrean vacation, where, of course, our hero still runs into trouble. Spider-Man: Far From Home opens on July 2. Watch the clip below: