By Tom Eames and Hugh Armitage and Rosie Fletcher and Morgan Jeffery and Chris Longridge   |   Nov 4, 2017 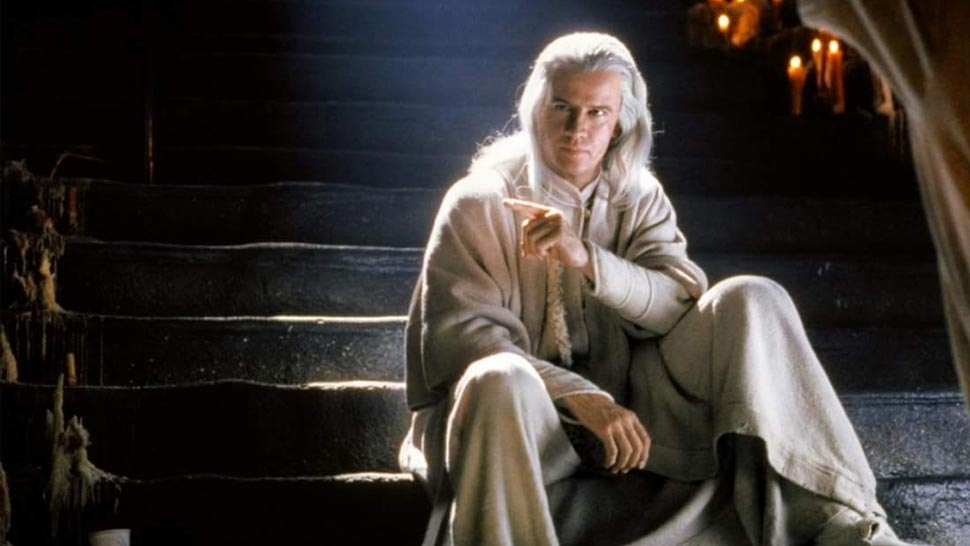 It's a sad but inevitable fact, but not every film can be celebrated like The Godfather—some films are going to have a reputation as real stinkers. You know the ones—Battlefield Earth, Gigli, Movie 43 and the rest. And rightly so. They're terrible.

But not every film deserves to be remembered as an utter disaster. Follow us as we attempt to rehabilitate nine films that aren't as bad as people say.

1| Waterworld (1995)
Never make movies set in water. You're hostage to the weather, the tides, the effect of salt water on expensive equipment...Waterworld was famously expensive and suffered a constant stream of on-set leaks (ho ho) to the press about hurricanes, near-death experiences and star Kevin Costner's ego getting out of control. The result was a media feeding-frenzy and an inevitable, howling bomb.

But now that the dust—or the waves—have settled, is it really that bad? The story of a mutant mariner searching for the legendary dry land in a flooded world, it's overblown and silly, but it's not terrible. It just doesn't look anywhere near as expensive as everyone wanted it to. Think of it as Mad Max 2 on jet skis, with a bit less dignity. 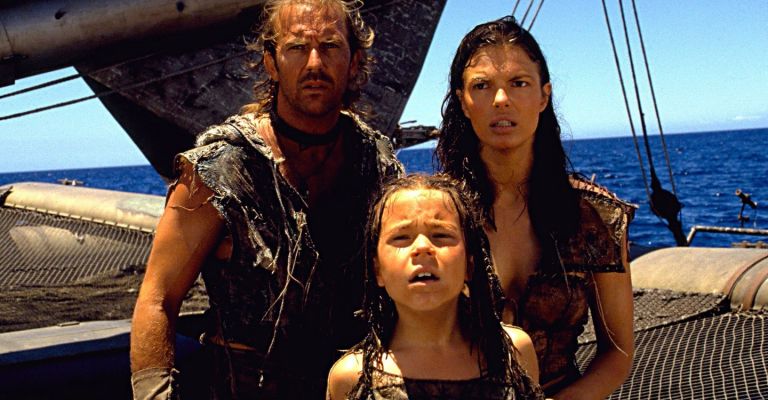 2| The Fast and The Furious: Tokyo Drift (2006)
Before the Fast & Furious franchise became one of the world's most successful film series ever, there was a time when it was little more than a joke. The first movie wasn't exactly Oscar-worthy, but it was a great action flick. Its second, sans Vin Diesel, was a cash-in sequel, but its third featured none of the original cast, and was thus cast aside as a franchise killer.

Tokyo Drift was in fact the first to be directed by franchise-saver Justin Lin, and as a standalone movie, it's actually pretty decent. Lucas Black may have been an odd choice for a lead, but he's strangely likeable and manages to pull it off as American racer Sean Boswell. It's a slick spin-off of a movie, complete with exciting action sequences and a new crop of characters that you find yourself rooting for, in particular Sung Kang's Han, who returned for future installments.

If it weren't for Diesel's cameo at the very end, this might have been the death of the F&F series, but it ended up a worthy episode of the franchise, and one that no longer deserves to be cast aside as a joke. 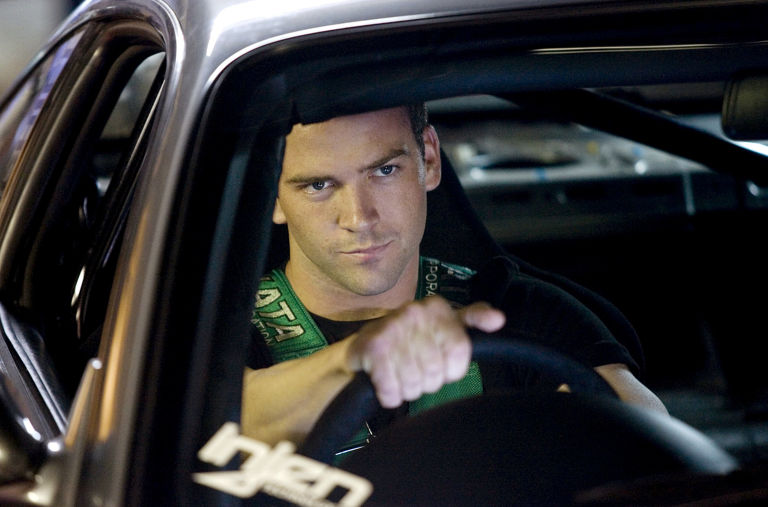 3| John Carter (2012)
John Carter seemed doomed from the beginning, in no small part due to Disney's poor marketing and loss of confidence in the property (they cut the title down from the original John Carter of Mars after their Mars Needs Moms flopped). And its star, Taylor Kitsch, never proved the bankable leading man Hollywood wanted him to be.

But John Carter is still a lot of fun. Kitsch is likeable enough, and the immersive CGI world is not a million miles behind Avatar. While the plot may be simple, it's still much more engaging than James Cameron's paint-by-numbers rubbish about "unobtainium." 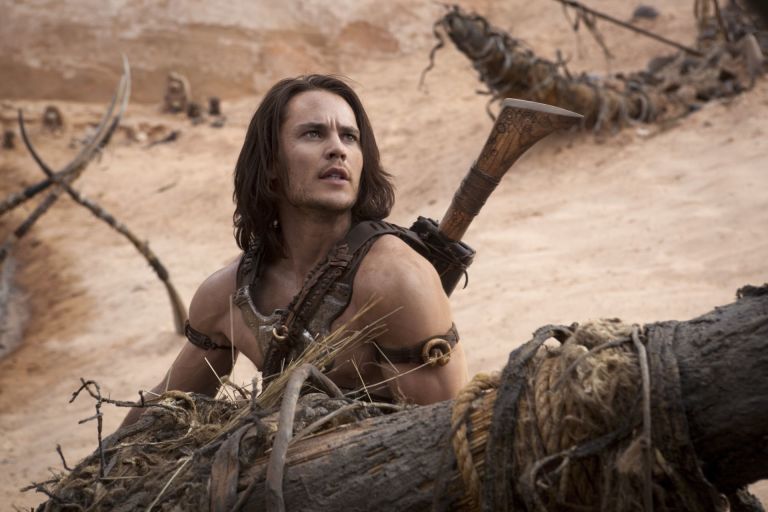 4| The Happening (2008)
This most maligned of M Night Shyamalan's thrillers is given a really rough ride—rather unfairly. No one's saying it's an Oscar-worthy masterpiece, but is it trying to be? It's an eco-horror disaster movie with an awesome premise at the core.

Yes, Mark Wahlberg is bad. And yes, the end is stupid. And yes, they do indeed run away from the wind. But those things can obscure the magnificent first half where a tiny change in nature suddenly causes thousands of people to immediately kill themselves, toppling from buildings like acorns, shooting and stabbing themselves in the street. It's genuinely eerie and a frightening metaphor—mess with the planet too much and life won't be worth living. 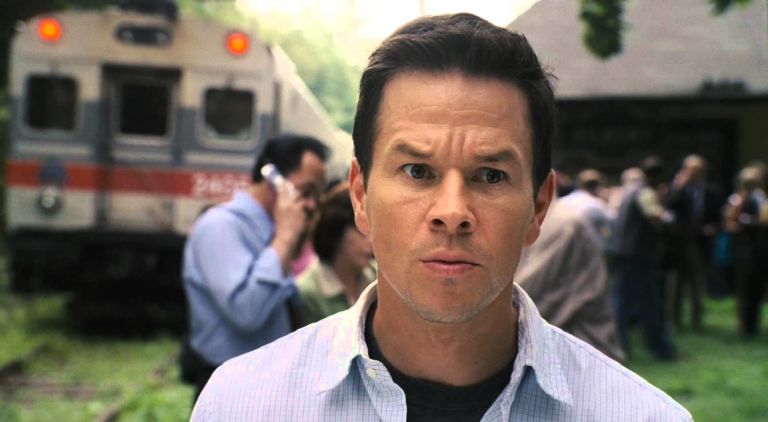 5| Resident Evil (2002)
The series may have yielded diminishing returns as it staggered on (and on), but the first film is a pretty decent zombie movie with a cool, kick-ass central character in Milla Jovovich's Alice and some memorable set pieces—not just of the zombies (which are great) but also the lazy security system which cuts several of the characters rather spectacularly into little bits.

That director Paul WS Anderson is synonymous with phoned-in junk is not Resident Evil's fault. It's certainly no Three Musketeers. 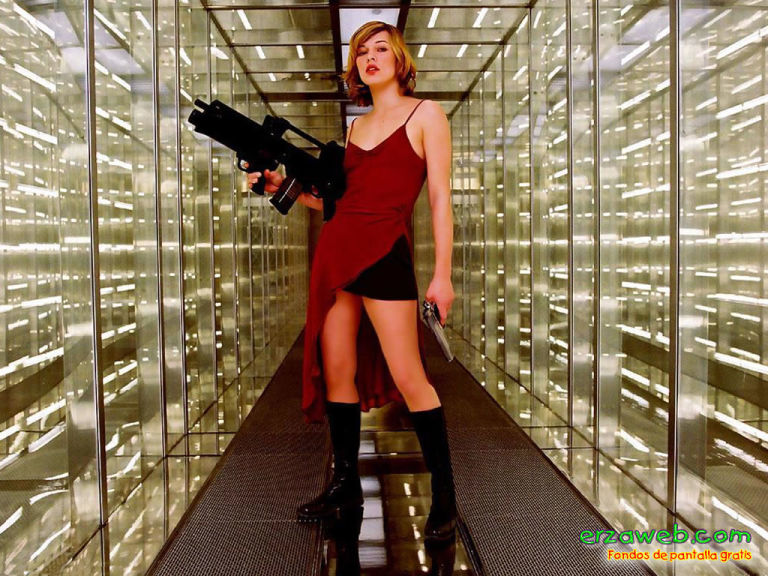 What Paul WS Anderson's 1995 flick gets right that so many others get wrong is the tone. Like plenty of other game adaptations—and, let's be fair, plenty of other Anderson movies—it's got its fair share of dire dialog, dodgy performances, and woeful CGI.

But Mortal Kombat has its tongue firmly in its cheek throughout, without ever straying into the dull camp of Street Fighter. The cast all appear to be having a marvellous time—Christopher Lambert is superb, clearly taking the piss throughout—and the sense of fun is infectious.

It's a hell of a lot better than 1997 sequel Annihilation anyway. 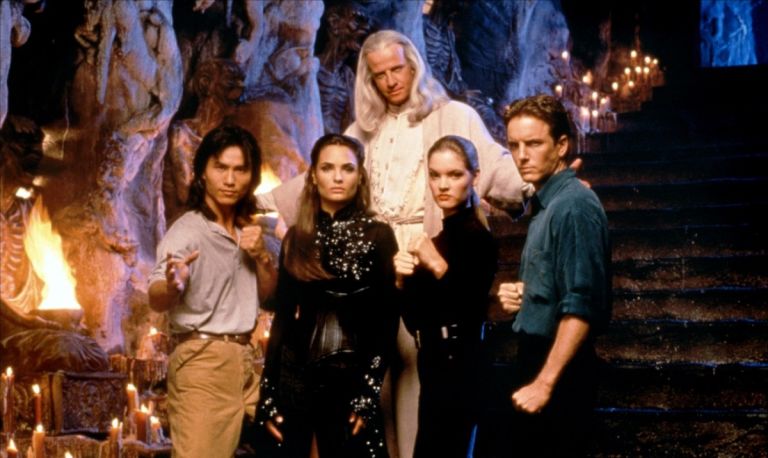 7| Cowboys and Aliens (2011)
Daniel Craig and Harrison Ford in a sci-fi Western directed by Iron Man guy Jon Favreau? Fanboys were running a fever. But Ford just did his grumpy old man thing again, Craig and love-interest Olivia Wilde had no zing, and despite a high-camp premise, the tone was notably humorless.

Having said that, if you like Westerns and aliens (and sadly there aren't many in the middle of that particular Venn diagram), it's a perfectly decent romp, with a cast including Paul Dano and Sam Rockwell pulling more than their weight. Lots of explodey stuff, thrilling spaceship-strafing runs and fantastic Western scenery; all it's lacking is romance and gags. 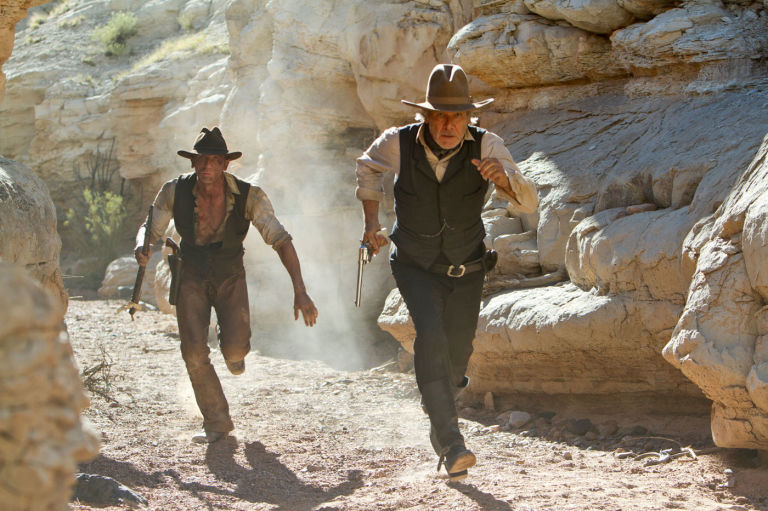 8| The Postman (1997)
Kevin Costner's second bite of the post-apocalyptic cherry fared even worse than Waterworld, and pretty much ended his career as Alpha Hollywood Male. Like Waterworld it was expensive, clearly a vanity project for its star, and it was long and pompous.

The lesson: if you're going to have a post-apocalyptic drama, throw in a bit of apocalyptic action to liven things up. But, also like Waterworld, if you take away the weight of expectation it's an interesting curio—a story that tries to explore how civilization might come about in an uncivilized time. It's The Walking Dead without zombies. 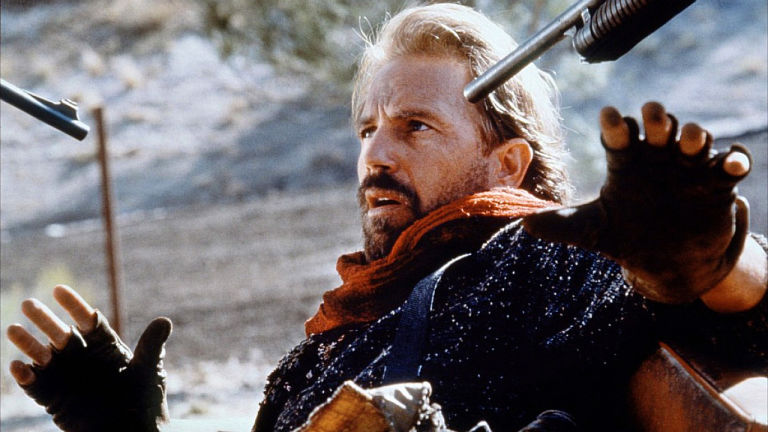 "I'm a blast from the past!"—Demolition Man is a damn entertaining sci-fi action thriller (how can you hate a movie that ends with the hero freezing the villain, then kicking his head off?), but what often gets overlooked is how damn funny it is.

Stallone both embraces and spoofs his tough-guy persona as time-displaced cop John Spartan, Sandra Bullock makes a great straight-woman as Lt Huxley, while Wesley Snipes absolutely devours the scenery as villain Simon Phoenix. And while we'd never dare to call Demolition Man smart, it does have a very gentle satirical undercurrent, with Stallone's old-school Spartan struggling to adapt to a thoroughly PC future society.

If you want to see what a really bad, totally humourless version of a futuristic cop thriller fronted by Stallone would look like, go watch Judge Dredd again. 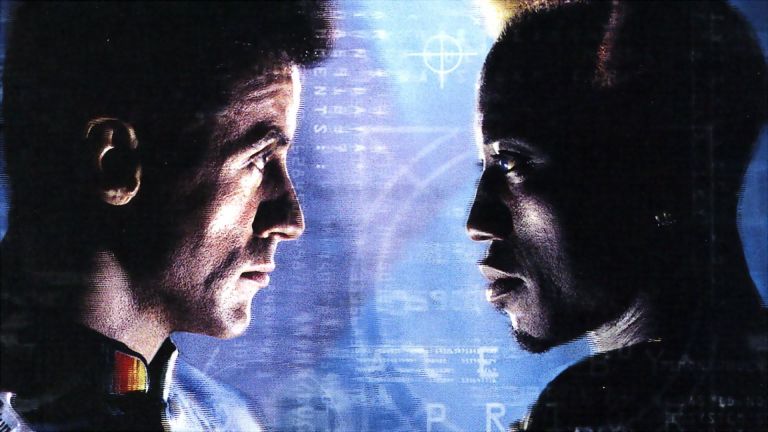 About The Author
Tom Eames
View Other Articles From Tom

About The Author
Morgan Jeffery
View Other Articles From Morgan

About The Author
Chris Longridge
View Other Articles From Chris
Get The Latest Updates From Esquire!
Subscribe to our newsletter!
Latest Feed
Load More Articles
Esquire Money 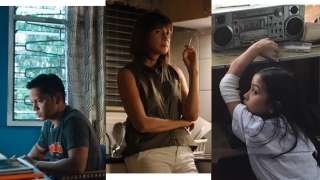 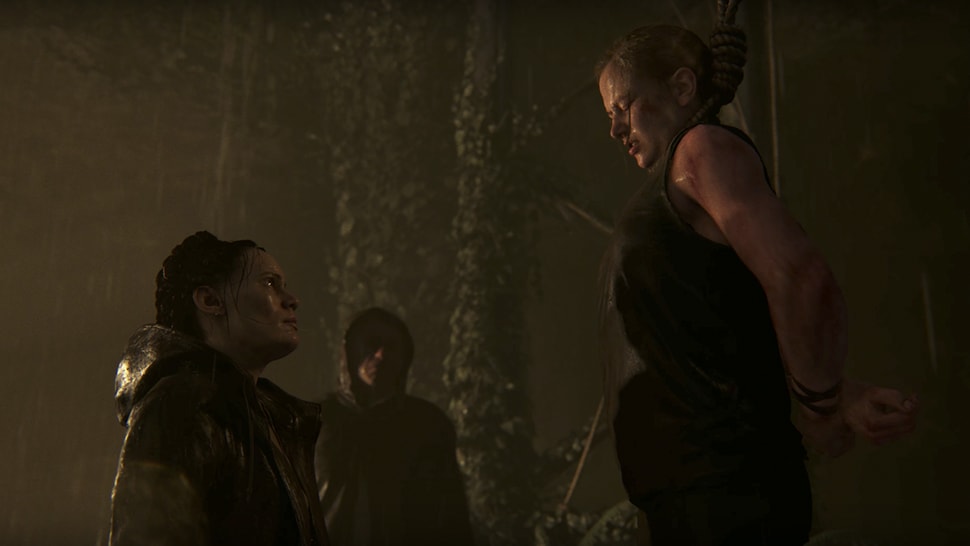 Does The New The Last of Us Part II Trailer Take Place In A Prequel Timeline?
All Photos
Comments
View As List