The 10 Coolest Monologues in Movie History

The speeches, rants and beat-downs you wish you could have delivered.

A perfectly delivered monologue is all-too rare in of our day-to-day lives, but film is a whole different matter—a polished, scripted fantasy land where all our insecurities, stutters, and annoying nasally voices are vicariously replaced by the seamless, flowing, righteous delivery of Leo, Marlon or Johnny Depp (before it all went wrong). 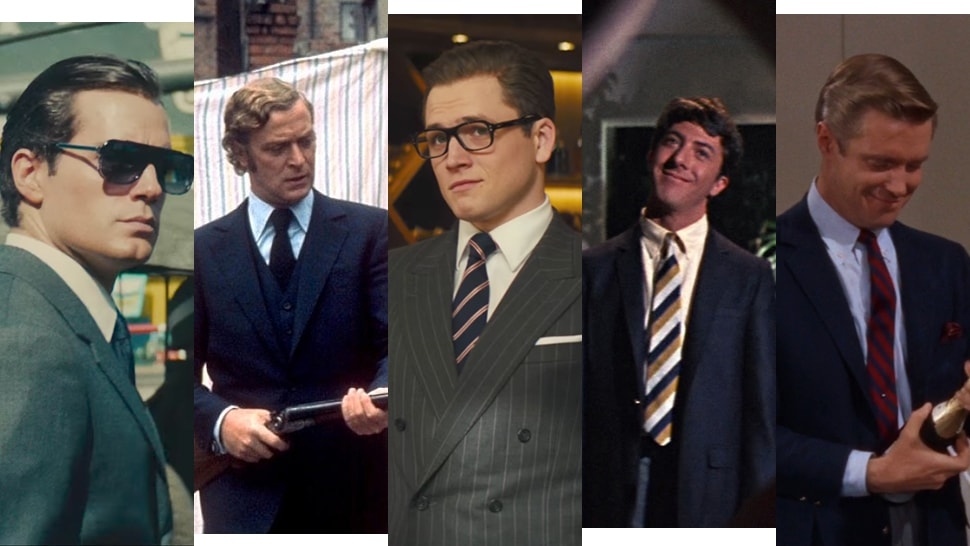 Which brings us to the 10 coolest monologues in movie history. The ones we all wish we could have delivered ourselves. The ones we hope to in some small way emulate at least once before our own credits roll.

"I see all this potential, and I see squandering. God damn it, an entire generation pumping gas, waiting tables; slaves with white collars. Advertising has us chasing cars and clothes, working jobs we hate so we can buy shit we don't need. We're the middle children of history, man."

Edward Norton in 25th Hour (2002)
Displaying a broiling hatred for every single possible variation of human being in New York City, Edward Norton's soon-to-be-sentenced drug dealer delivers a sprawling, searing monologue that is offensive to everyone but still mightily impressive.

Jeff Anderson in Clerks (1994)
The kind of takedown we've all dreamt of unleashing on that one friend, or that one co-worker. Randal might have played the role of the easygoing, slacker; the light relief in Clerks, but his epic closing monologue was the stuff of place-putting fantasies.

Johnny Depp in Fear and Loathing in Las Vegas (1998)
An actually quite touching one-take tribute to the Sixties, that time that we all like to think we'd have excelled in (you could made it as a beat poet, right?), Johnny Depp delivers one of his career-best performances as the feral Hunter S. Thompson, perfectly demonstrated by this subtle (and cool, of course) monologue placed in between the drugs, depravity and insanity of the rest of the film.

"We were riding the crest of a high and beautiful wave..."

*We should have been there, man.

Peter Finch in Network (1976)
"I'M AS MAD AS HELL, AND I'M NOT GOING TO TAKE THIS ANYMORE!" Peter Finch's tearing dismissal of modern life is the best kind of monologue, one that you'll instantly recognise even if you've never seen the film.

You should still see the film, though. It's very good.

A film full of great one-man deliveries, while Christopher Walken's 'Gold Watch' speech is genius, it's Samuel L. spitting venom during a biblical monologue (it's not real scripture, fyi) that's brimming with fire, style and imminent doom that's our number one.

Also a reminder that he really was a decent actor back in the day.

Brian Cox in Adaptation (2002)
It's Nicolas Cage playing the real-life screenwriter Charlie Kaufman in a film that isn't actually s**t, despite the contrived subjected matter (how much does Hollywood love Hollywood?), with Brian Cox absolutely crushing Nic in a 90-second tirade that serves as a thrilling call-to-arms for would-be writers from a cantankerous teacher in possession of enough clout and experience to crush the pretensions of his students. Students like Nic Cage.

Leonardo DiCaprio in Wolf of Wall Street (2013)
So he might have finally won his Oscar for eating Bison brain and moaning a lot (or something like that) in The Revenant, but it was in Wolf that we saw Leo at his thrilling, arrogant, charismatic best; with no scene more thrilling and arrogant than his sudden and steadfast refusal to leave the empire that's crumbling around him.

Brad Pitt in Fight Club (1999)
Despite being emblazoned on the posters and in the minds of a thousand angsty teenage boys (and more than a few men) since it was first uttered by Tyler Durden's nihilistic tongue, the famous Fight Club anti-capitalist, pre-fighting rant still makes our list. You might think you're too smart/old for such baseline anti-everything rhetoric now... but it was still pretty f*cking cool, wasn't it?

Marlon Brando in Apocalypse Now (1979)
Legend has it that Brando, bloated and decaying at the end of his career, improvised the entirety of this scene; a monologue considered by many to be the greatest of all time. Every subtle intonation and shift of expression sending you, the viewer, deeper into the horror (the horror) of the film.

"Choose life. Choose a job. Choose a career. Choose a family. Choose a fucking big television, choose washing machines, cars, compact disc players and electrical tin openers. Choose good health, low cholesterol, and dental insurance. Choose fixed interest mortgage repayments. Choose a starter home. Choose your friends. Choose leisurewear and matching luggage. Choose a three-piece suit on hire purchase in a range of fucking fabrics. Choose DIY and wondering who the fuck you are on Sunday morning. Choose sitting on that couch watching mind-numbing, spirit-crushing game shows, stuffing fucking junk food into your mouth. Choose rotting away at the end of it all, pissing your last in a miserable home, nothing more than an embarrassment to the selfish, fucked-up brats you spawned to replace yourselves. Choose your future. Choose life...But why would I want to do a thing like that? I chose not to choose life. I chose somethin' else. And the reasons? There are no reasons. Who needs reasons when you've got heroin?"

It may have gone on to become one of the most over-quoted monologues of the '90s, but it's good, isn't it? It's really, really good.