IMAGE The Last Temptation of Christ (1988)

Those of you who have benefited from a Catholic education will associate Holy Week with repenting one’s sins and reflecting on the death and resurrection of Jesus Christ. This time in 2012 was the release of Martin Scorcese’s The Last Temptation of Christ on Blu-ray. The 1988 film was both praised by critics for its humanizing of Jesus Christ and reviled by the religious community, who cried blasphemy at the movie’s blatant disregard for gospel. 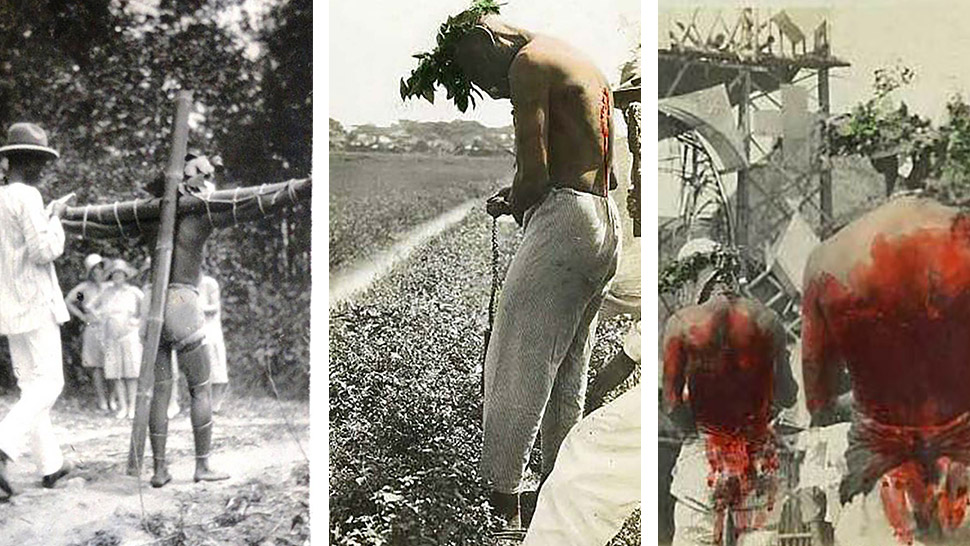 Based on the Nikos Kazanstzakis novel of the same name, the film examines the life of Jesus (Willem Dafoe) as if he were human, a carpenter who made crosses for the Romans and who spends a considerable amount of time trying to displease God, who speaks to him via a pain so deep he ends up convulsing on the ground. But the real clamor is over the sequences that suppose that Jesus didn’t die on the cross, that he actually lived a normal life and had a family—no wait, two families—and died of old age.

There is something jarring about watching Jesus biblically lie with a woman, even if said woman is as hot as Mary Magdalene (Barbara Hershey). Equally disturbing is watching a narrative where Judas (Harvey Keitel) is the voice of reason. But move past the blasphemy and you get a film that presents characters who aren’t one-dimensional depictions of biblical personalities. Dafoe’s angst as Christ is clear, and Keitel’s Judas has a heart, albeit one that seems to have come to Judea by way of New York. The Last Temptation of Christ examines the life of Jesus in a narrative light, purposely jumbling occurrences in the gospel and cleverly pointing out the ‘could haves.’ Watch it if you’re in the mood to give your parish priest a coronary. And since the film is still banned in the Philippines, you’ll be giving the government one as well.

The Monty Python comedy revolves around Brian Cohen, born a few houses down from the stable Jesus was born in. He is forever mistaken for the Messiah, but in the end, everyone’s condemned to crucifixion—but merrily undergo it, singing, “Always look on the bright side of life...”

This Ken Russel drama is based on an actual occurrence in 1634 France and detailed in Aldous Huxley’s book, The Devils of Loudun. The film contains scenes involving nuns doing things with priests and various objects (including the infamous “Rape of Christ” sequence).