Twenty years ago, a low-budget film of handheld camerawork terrified early Internet audiences who thought it was real. 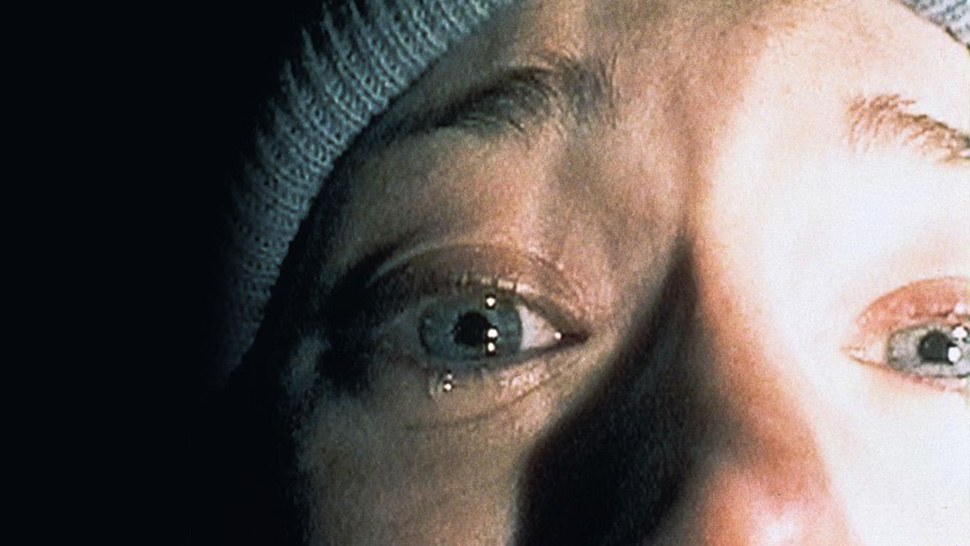 A few days before the shit truly hits the fan in The Blair Witch Project, Heather (Heather Donahue) films one of her doomed compatriots, Josh (Joshua Leonard), as he struggles to cross a log over a frigid, brown expanse of creek in the woods around Burkittsville, Maryland. "Just breathe and don’t look down," she barks from behind her always-on VHS camera. "Think about how cool the fucking cemetery is going to be when we get there. ... Think of the joy of being in a really good film."

That scene, and so many others in this movie that's celebrating its 20th anniversary on July 14, speak to not only Donahue's pushy, arrogant documentarian and the emotional tourists it indicted, but the behind-the-scenes making of a widely influential, low-budget horror classic. Famously, its actors were dropped into the woods and encouraged to improvise while being regularly fucked with by the filmmakers, which led to scenes of terror so authentic and pulse-pounding that Blair Witch sits among the greatest showbiz hoaxes of the 21st century, from Orson Welles' War of the Worlds to cult flicks like 1980's still-shocking Cannibal Holocaust.

Twenty years ago, found-footage horror was not the established genre it is today. There was no Paranormal Activity, no Cloverfield, and no Troll Hunter. Video cameras weren't exactly elite items, cheap and available as they were, but proportional to the rest of population, only a sliver of people had them. Social media and smartphones weren't even a glimmer.

"One thing the movie benefited from greatly was the emerging internet and the ability to create a world that people could believe," original production designer Ben Rock told me from Los Angeles last week, remembering how some viewers took for granted the opening text that sold the film as a documentary. "They didn't need to be asked to suspend disbelief, they just believed what they saw."

Even still, Heather remarks throughout The Blair Witch Project that it's impossible to get lost in America today, as small as the world had gotten. She was obviously wrong.

As anyone who's seen the original knows, Heather, Mike (Michael C. Williams), and Josh are too slow to realize their fate on this weekend camping trip to film a documentary about the mythic Blair Witch (not a historical figure, but rather a lean and inventive fiction created by the film's directors, Daniel Myrick and Eduardo Sánchez, and embellished by its creative team). The hopelessness of their situation is panic-inducing and painfully intimate, told in ragged breaths, distorted screams, and little else. Widely imitated shots in the still-potent third act—Heather delivering a monologue of teary regret; Mike facing the corner in the basement of abandoned house—pay off every scene that led up to them.

Capping a decade in which indie filmmakers repeatedly proved their box office draw and creative vitality, The Blair Witch Project heralded a new breed of quasi-guerilla, entirely meta movie-making. Its $60,000 budget earned a $1 million distribution deal, and the movie has gone on to make about $150 million in the U.S. and nearly $250 million worldwide, spawning a sequel, TV series, comics, novels, a video game, lore-related merchandise, and even a 2016 sequel that ignores the inferior 2000 cash-in, Book of Shadows.

They all pale in comparison to the original, as a recent re-watch of the 1999 version proved the sturdiness of its scares, relying on spare sound design, handheld shots, tight editing, and a willing audience who involuntarily filled in the blanks with their own fears. Despite the straightforward plot and bare-bones (but marvelously effective) tactics, the genius of The Blair Witch Project is that it arrived with a fully formed backstory—a godsend for marketing and promotion, which exploited the "this can't be real... but is it?" nature of the production in the early days of the internet, but also for the cult that would soon encircle the film. It's just taken 20 years for the film's legacy to coalesce into anything resembling perspective.

"For a period of time from when the sequel came out in 2000 until next one (in 2016), I honestly felt everyone hated the movie except for a tiny little pocket," Rock said. "Which is weird, because the movie was a huge hit when came out. Living in the bubble of Hollywood, people here want to hate stuff that's A, successful and B, happened a while ago."

It's easy for me to remember why the film was such a hit in theaters, even with home video in full swing in 1999. I was in college at the time, and seeing it in a packed movie house in Dayton, Ohio, was like undergoing a mass-Ludivico Technique (i.e. the eyelid-stretching mental torture from A Clockwork Orange). We were captive but not blind. We couldn't look away, had no choice but to watch. That need to see, which also encompasses the compulsion to document and sift through what transpired as part of the film's premise, is at the heart of Blair Witch. Mike and Josh, two friendly but generic '90s bro-dudes, yell repeatedly at Heather to turn her fucking camera off. Indeed, the least credible part of the film isn't the supernatural element but the fact that this bedraggled, freaked-out trio has enough battery power and celluloid /VHS backups to record everything endlessly, even after falling off the grid and into a landlocked Bermuda Triangle.

That's a minor quibble in a film full of amateurish moments, but that's why it still resonates: it's all presented as authentic, and everything works in service of that. There are no fourth-wall shattering scenes because there's little artifice to begin with. We're immersed from the first few seconds of the film, which purports to tell the posthumous story of three naive, still-missing filmmakers after their 1994 footage is mysteriously discovered. Other movies, from M. Night Shyamalan's The Village to Bryan Bertino's The Strangers, have played on our fears of being isolated in a sea of life. There's metaphor and meaning galore to be unpacked, particularly in the social media age, but simplicity is key in Blair Witch, with a creeping, tick-tock feeling of despair engulfing the increasingly small circles our doomed protagonists scurry in.

It's also refreshing, and a little sad, to watch the film and remember a time before social media and smartphones. These weren't just hapless reality TV contestants humping the cold leg of pseudo-celebrity, trying to reverse-engineer fame by getting known first and doing something good second. They were skilled improvisers working from a refined plot, showing how to steam along years before comedies like Curb Your Enthusiasm and Reno 911! hopped on the improv-dialogue train.

There's substance and thought in Blair Witch, gritty and sketchy as it may be. Great horror films are still being made these days, but it's easy to think nothing like Blair Witch could ever be made again. There are endless ways to surprise people, but unless our collective memory fails wholesale, you can never really surprise them twice the same way. And as the characters in this film tragically realize, callouses quickly become open wounds when familiarity is ripped away. Twenty years of remove has left The Blair Witch Project looking mighty raw and bloody (in the best possible way), a bold experiment in indie filmmaking that placed ideas, execution, and marketing on the same brilliantly level playing field.

About The Author
John Wenzel
View Other Articles From John Wenzel
Get The Latest Updates From Esquire!
Subscribe to our newsletter!
Latest Feed
Load More Articles
Esquire Money 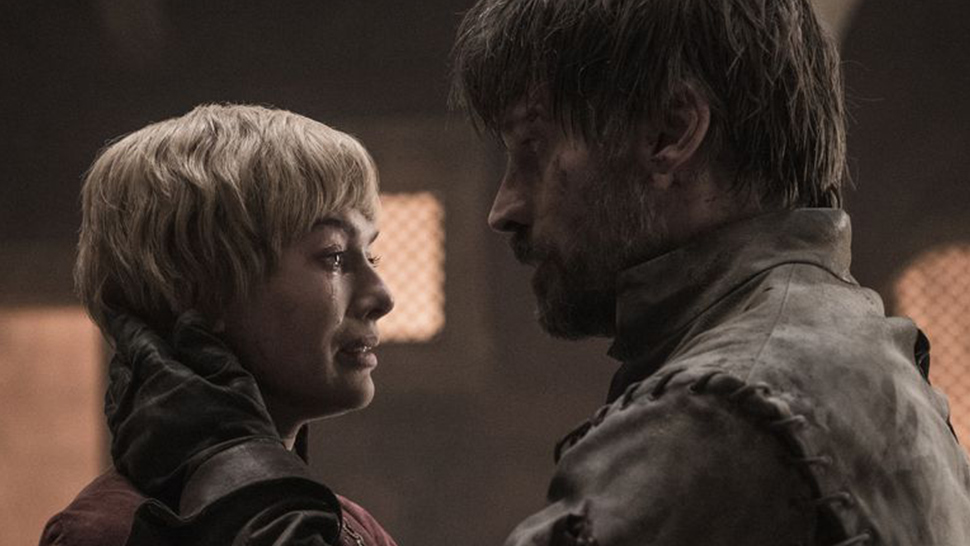 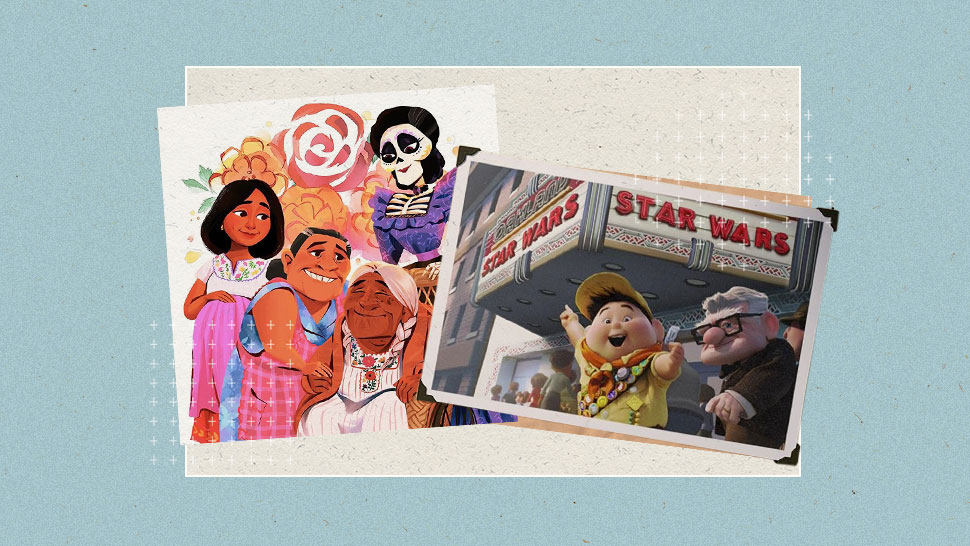 Pixar's Science of Storytelling: The Formula to a Masterpiece
All Photos
Comments
View As List