In case you missed its release on Netflix over the weekend, The Old Guard is in the running to be one of the best action films of the summer. The fantasy-superhero film is currently the most-watched film on Netflix today, and there’s no question as to why.

With Mad Max’s Charlize Theron at the helm, the film follows immortals who engage in almost poetic fight scenes. These warriors, some of which are older than dirt, combine swordplay with guns and grenades, making for a glorious show for all the fantasy/history nerds out there. Think Ragnar Lothbrok, but in jeans and combat boots.

Not a lot of films put in as much thought into fight scenes. Most follow the lines of wham, bam, thank you, ma’am. But in The Old Guard, each kick and punch speaks of the crew’s long history of fighting battles across time. Fighting styles from around the globe have been incorporated in the film, two of which hail from the Philippines—arnis/kali.

Also known as kali, arnis is a martial art indigenous to the Philippines that focuses on striking, grappling, and throwing moves, often with sticks and blades in hand.

Filipino martial arts have appeared in a number of Hollywood blockbusters, like Furious 7, Kick-Ass, The Bourne Identity, and more.

This Filipino cameo is thanks to the film’s fight coordinator, Daniel Hernandez, who was the same guy who choreographed the fight scenes in little films called Avengers: Endgame, John Wick, and 300.

Machine gun in one hand, ax in the other, Andromache the Scythian (Theron) has “forgotten more ways to kill than entire armies will ever learn.” And it shows.

The Old Guard is now streaming on Netflix. 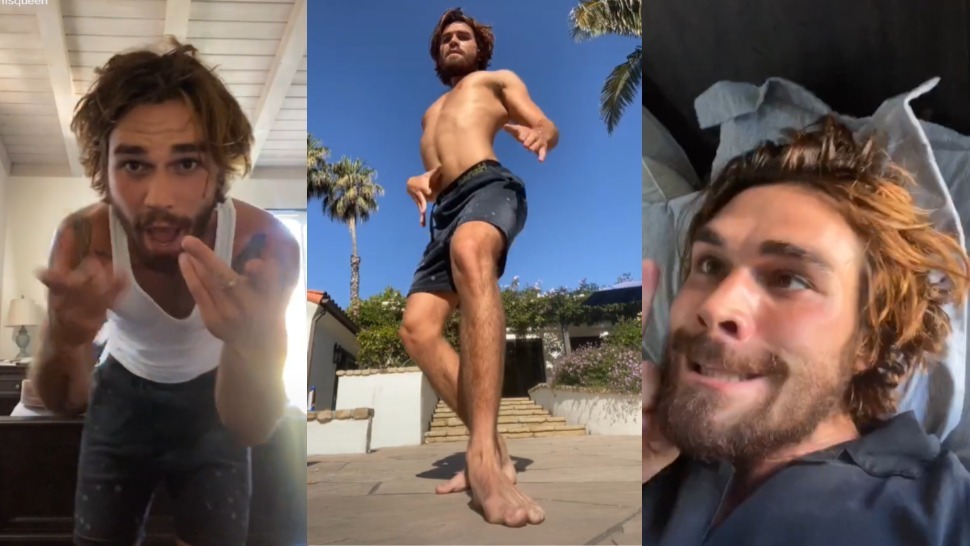