We break down the recurring symbol of those cute and terrifying furry animals.

The opening credits to Jordan Peele's Us is a long shot on a row of cages (11, to be exact) containing a majority white rabbits with a few black and brown in the mix. The camera lingers on this shot long enough, accompanied with the unnerving score from Michael Abels, for these rabbits to feel more menacing—an omen of what's to come next.

The rabbits are one of many recurring symbols during the film. Adelaide's daughter, Zora, wears a shirt with a rabbit on it. She also has a sweatshirt with the word "Th?", or Vietnamese for "rabbit." There's a stuffed rabbit in the family cabin. And, of course, the rabbits are hopping around during the film's underground climax. Then, in one of the final scenes, Jason—after being rescued from the underground—is holding a rabbit.

So, what do they mean?

The film does offer one answer: Red tells Adelaide that the Tethered have been surviving by eating rabbits raw, which is disgusting, but effective, considering how quickly rabbits reproduce.

But there's a deeper meaning, too.

Often, rabbits symbolize rebirth, which fits with the intentions of the Tethered to start a new chapter living on the surface. But, connecting with Peele's greater theme of duality, rabbits are often used as test subjects, which represents the lives of these Tethered as an abandoned experiment.

We can also look at the rabbit as an allusion in . For example, in Alice in Wonderland, the animal is known as going down the rabbit hole, which is literally what happens to the real Adelaide in 1986 when she travels down into the funhouse on the Santa Cruz beach. There's also the duality of rabbits as cuddly forest creatures in Disney films like Bambi and rabbits as menacing horrors like Donnie Darko.

The closest Peele has gotten to explaining the meaning of the rabbits is to point out how they fit with the film's greater theme.

“They’re an animal of duality. They’re adorable but they terrify me at the same time," he told The Guardian. "And they got those scissor-like ears that creep me out.”

Ah yes, those scissor-like ears absolutely fit with the Tethered's weapon of choice. But also, he's legitimately creeped out by rabbits.

"Rabbits... they have the brain like a sociopath." @JordanPeele explains how nature's cuddly creatures are the most terrifying animals around. #UsMovie pic.twitter.com/94FYwPRjvF

@RottenTomatoes: "Rabbits... they have the brain like a sociopath." @JordanPeele explains how nature's cuddly creatures are the most terrifying animals around. #UsMovie

"Rabbits they're supposed to be cute. On paper they're adorable, lovable rabbits," Peele said in a red carpet interview. "Have you ever gotten close to a rabbit? You can tell in their eyes that they have a sociopath. If you put a rabbit brain in a human body, you have Michael Meyers. They have no empathy."

So, the closest thing to an actual answer Peele has given is the nature of duality with rabbits—that they're at once cute and terrifying.

Beyond that, there are a few interesting theories elsewhere. One Reddit user believes that the Tethered must free a rabbit to gain control over their own body (after we see them mimicking the movements of their doppelgänger above):

In the beginning the rabbits were locked up in cages, symbolizing the loss of free will and movement. When Adelaide was switched, Red had more control of her body as she was from the surface. Since she had control she was able to free the rabbits from their cages. Each rabbit is tied to a doppelgänger, and once Red freed the rabbits from the cages the doppelgängers were able to walk normally (Be set free). Which would explain why in the underground all the rabbits were free-roaming in the final scenes. In the final scene when they were in the ambulance it can be seen that Jason was holding a rabbit, which is Adelaides rabbit.

What's so fun about this film is—whether it's Jeremiah 11:11 or "I Got Five On It" or rabbits—Jordan Peele has created a tightly woven tapestry of symbols for fans to unpack. This is a film that's literally about deeper levels to our waking norm, that something unknown is waiting under the surface. So whether these theories or answers we create are wrong or write, the beauty in this movie is the journey to understand them and get something out of it. 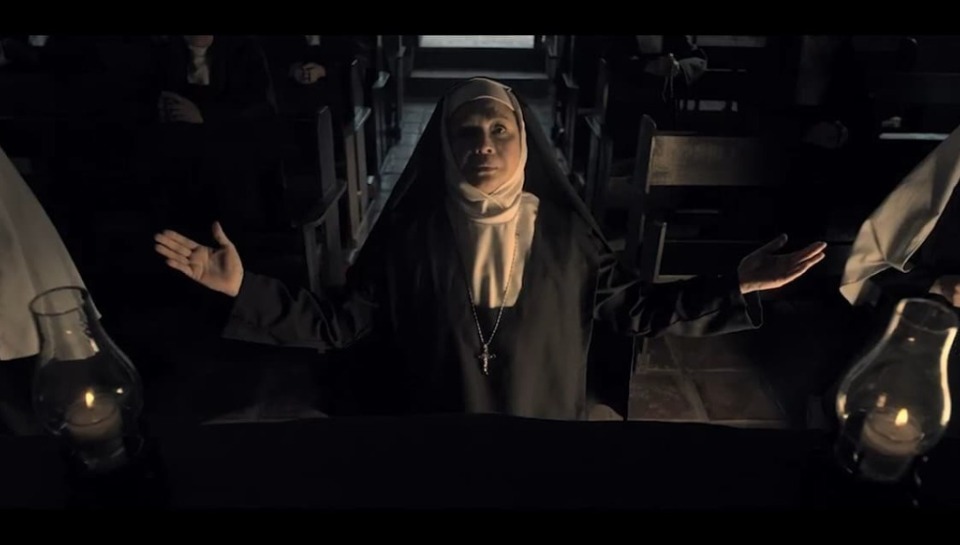