Does he not know about the video length limit?

Tom Holland is notorious for spoiling parts of the Marvel Cinematic Universe that Disney would rather keep under wraps, but not even he would go as far as uploading the entirety of Avengers: Endgame to Twitter. Or would he?

No, because Twitter annoyingly limits videos to about the 2 minute mark (an extra 20 seconds if you're lucky) and even if there was a final edit for the film in place, we doubt it'd be on his phone/laptop.

But it seems like the kind of goof he wouldn't put past himself, if it were actually possible, of course. 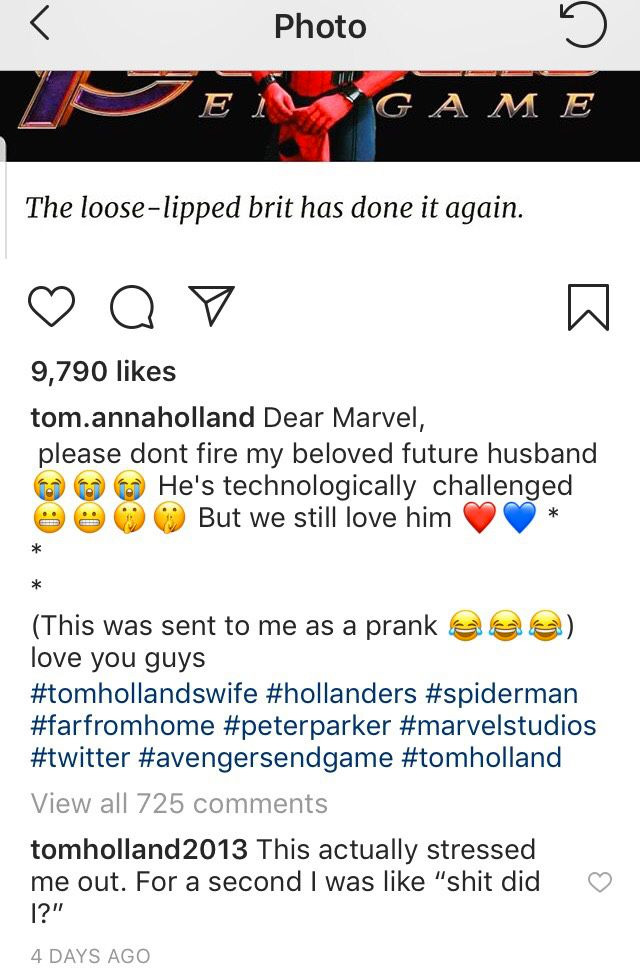 Holland made the confession after a fan account shared a screenshot of a parody story from FantasticFools.com saying he has posted the entire film on Twitter, asking Marvel not to fire him and that he is "technologically challenged".

Well, he may not have got fired for uploading the biggest film of the year, but swearing on social media... that'll get the House of Mouse's HR department onto you.

It seems as though he's become so famous for letting spoilers slip that War Machine actor Don Cheadle said that he won't do any promo alongside Holland and Mark Ruffalo, because he just knows they will spoil something (again).

Meanwhile, Endgame is currently undergoing reshoots, as stars Karen Gillan and Zoe Saldana confirmed they were back on set during the week.