With his follow-up to Get Out, Peele is proving he's becoming our generation's great horror auteur.

There's a lot of lately about "elevated horror," a new term to describe a genre that is often critically maligned for its use of the macabre, the grotesque, a shameless penchant for blood and guts and jump-scares. This sort of thing happens to every genre of film, from musicals to westerns to the hardboiled detective tale—what begins as a cheap and sometimes emotionally exploitative kind of film typically evolves, once the powers that be figure out the average moviegoer likes entertaining trash, into a genre that includes more ambitious, auteur-driven work. Great horror films have been around for decades—even the most schlocky ones have their merits—but thanks in large part to Jordan Peele's Oscar-winning Get Out (often referred to as a "social thriller" rather than a horror film), it certainly feels like we're in a Golden Age of Horror.

I don't necessarily buy that (if anything, we're in a Golden Age of Calling Everything Right Now the Golden Age of Its Kind), but I will admit that Peele himself is becoming our generation's great horror auteur. Following the critical and commercial success of  Out, the writer-director is back with another disturbing (and quite funny) horror film in Us—a full-on thrill-ride that works precisely because of its director's vision, not just in how he points the camera but also how he selects his players, who should be commended as much as their director for how they make this supernatural-tinged slasher pic work so well.

The film stars Lupita Nyong'o as Adelaide Wilson, wife to Winston Duke's Gabe and mother to Shahadi Wright Joseph's Zora and Evan Alex's Jason. The Wilsons are a typical middle-class American family, gathered together on a vacation at a family lake house in Santa Cruz, California. It's a house that's been in Adelaide's family for years; in fact, the film opens in 1986, with a young Adelaide (Madison Curry) visiting the Santa Cruz boardwalk with her parents and wandering off to take a self-guided tour of a creepy house of mirrors—which is where she has a traumatic encounter with what appears to be her double. Years pass. The young Adelaide goes through therapy to deal with the trauma, and while she doesn't necessarily forget it, she appears to be in control of the emotions triggered by the memory.

That until this particular vacation takes place. Peele sets up the typical sense of dread that every horror film delivers—weknow something bad is about to happen, that's why we're here—by having Adelaide herself vocalize it to her husband. On the first day, she keeps noticing things: weird coincidences, doubled numbers, an unmistakable (but inexplicable) sense of doom. When she confesses this paranoia to Gabe, he writes it off as just that. Then the power goes out in the house, and Jason announces that a family of strangers is standing at the end of their driveway.

That's when all hell breaks loose. The mysterious foursome, all dressed in identical red jumpsuits, lay an assault on the Wilsons' home, breaking in and ushering them into the living room where the Wilsons realize that these home invaders seem familiar: they are their doppelgängers, led by a matriarch of their own in the unnamed Red (Nyong'o's double role is listed as such in the end credits). Forcing Adelaide to handcuff herself to the coffee table, Red then enlists her family members to pair off with their doppelgängers with the intent to murder them. And she as she does once more in the film, what on earth is going on.

This is not some random home invasion à la The Strangers, and it's not simply a coincidence that they all happen to be the Wilsons' doubles. Red refers to themselves as shadows, the Tethered, copies of the humans that live on the surface of the earth. The Tethered lived below ground, in a giant underground tunnel system, their lives mimicking their doppelgängers' on the surface—only much more disturbed. But they've had enough, and they've come to take what they believe is their rightful place after years of neglect. 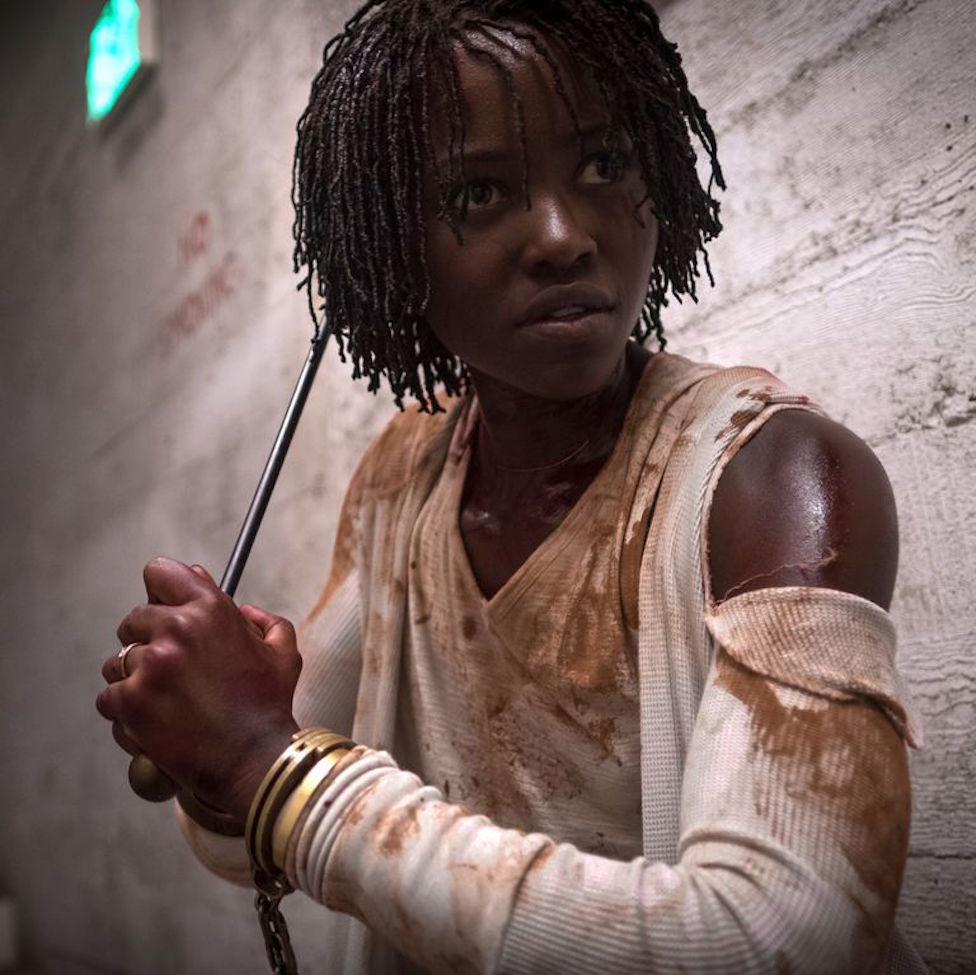 Just like Get Out's body-swapping premise required a certain suspension of disbelief when it comes to the logistics, Usdeliberately leaves holes in Peele's world-building efforts. Ultimately, this helps the film's script achieve the utmost creepiness by maintaining a level of Twilight Zone-style uncertainty. While the third act is the weakest simply because it includes an exposition dump in the form of a monologue from Red, Us works best when it relies on its unsettling motifs.

Peele's a whiz at pulling off a set piece, and he does so many times over in this film in stark and grand ways. And he doesn't let you forget that he's also a comedian; even the most horrific moments in the film are tinged with comedy, possibly because laughing at the idea of being scared is a defense mechanism in itself. (During my screening, a burst of laughter would immediately follow a scream.)

Peele is also brilliant at framing his actors' faces. Much like the iconic shot from Get Out of Daniel Kaluuya's wide-eyed and slack-jawed face, full of terror, Peele frames his actors making the best of their double roles. Nyong'o is the star here, and she gets the juiciest material with her character's double, who speaks as if the wind has been knocked out of her and moves across the frame with a creepy, robotic rhythm. But the supporting players get as much to work with, particularly an unsurprisingly great Elisabeth Moss.

Slasher films aren't always known for their great acting, mostly because the characters are usually flimsy and one-note. Peele devotes more time to making his characters—and their doubles—real and recognizable people who are so humane in all of their emotional and physical extremities. Us, Peele has claimed, is simply a horror film (contrasting with how he described Get Out as "a documentary"). But the horror genre often examines what it means to be human, and how we either falter or thrive in the face of danger and terror.

The title of Peele's latest film is a perfect one, a brief and succinct nod to what the film examines: the horror that beneath the surface, the dangers and traumas that we bury away in order to live the lives we think we've earned. Peele is not elevating horror, but rather digging deep into its roots to turn our own notion of ourselves on its head.

Another Toy Leak Suggests Hulk Is Going To Be Pivotal To 'Avengers: Endgame' 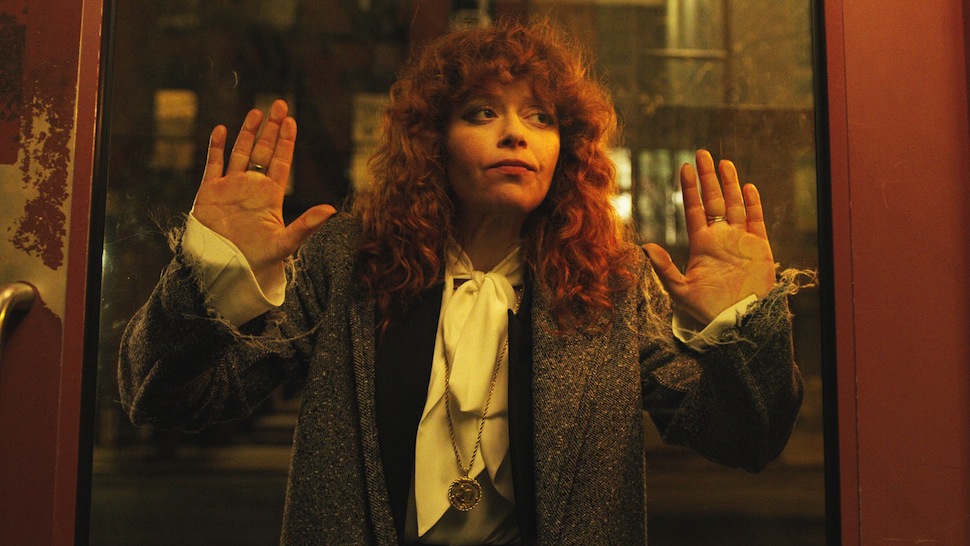