"What do you want to watch?" you ask, staring at the blank TV.

"I don't know," says whoever you're in the room with. Your partner, probably, or your flatmate. "What do you want to watch?"

Hours pass. You scream yourselves hoarse. "WHAT—," you shriek, putting a foot through a table, "—DO YOU WANT—," your hand now squeezing a piece of bread into a dense ball, "—TO WATCH."

It's a scene played out in homes across the country every night. But there is an easier way: take tips from king of pastels and whimsy, Wes Anderson.

Just as a primer, you could take a running jump into the back catalogues of his favourite directors' oeuvres. "My favourite filmmakers are people like John Huston, Orson Welles, Jean Renoir, Roman Polanski, Stanley Kubrick, Fellini, and Bergman—and that’s how I was formed as a filmmaker," he told The Talks. "Those are the biggest influences."

But, if for some reason you think you've got better things to do than sit through all 45 of Ingmar Bergman's works, here are 15 (unranked) films Anderson has picked out specifically over the years as being particularly important to his craft. 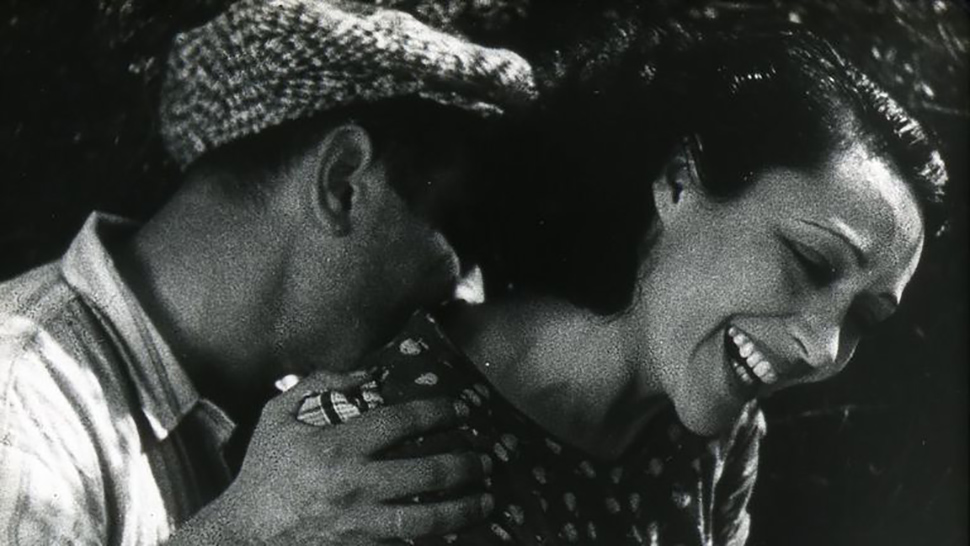 Jean Renoir's romance in which migrant labourers in Provence get hot and heavy was a key text for the French New Wave, and for Anderson. "It’s very beautiful, kind of lyrical and very sad; a great Renoir movie," he told Rotten Tomatoes. "I don’t know if it’s seen that much anymore. It’s great." 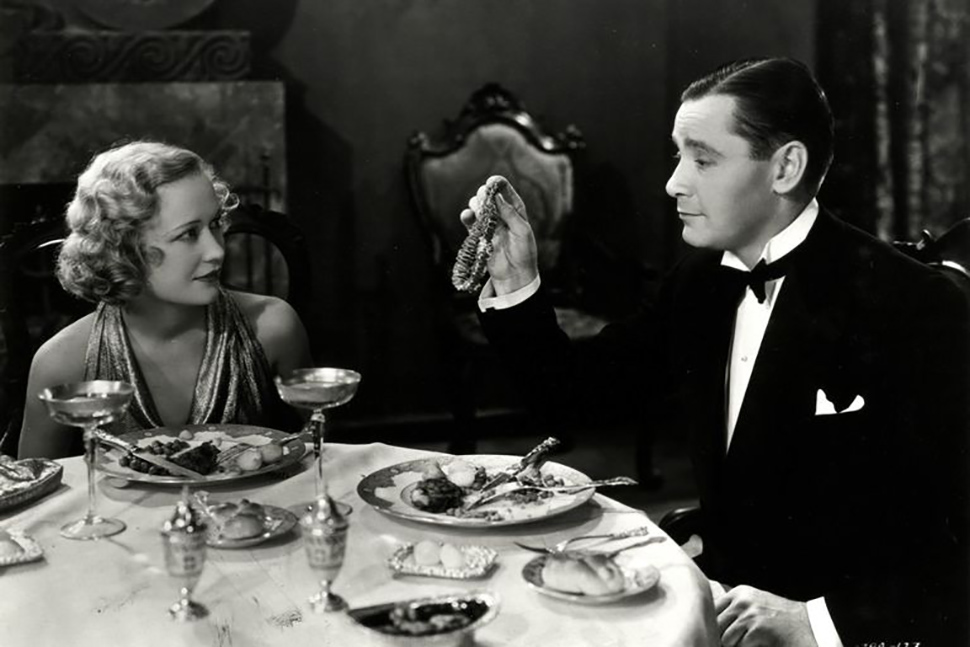 If you'd been wondering what Wes was trying to evoke with his lighter, dafter romances—and Grand Budapest Hotel in particular—look no further than this story of a gentleman diamond thief and his pickpocketing beau. "I don’t know if anybody can make a movie like that anymore—that perfect tone, like a ‘soufflé’-type of movie," he's said. "A confection, I guess."

Francois Truffaut's ode to teen rebellion hasn't lost any of its raw power or poetry, and you can see its influence on Rushmore and Moonrise Kingdom. "This movie in particular, I think, was one of the reasons I started thinking I would like to try to make movies," Anderson said in an interview for the New York Public Library. 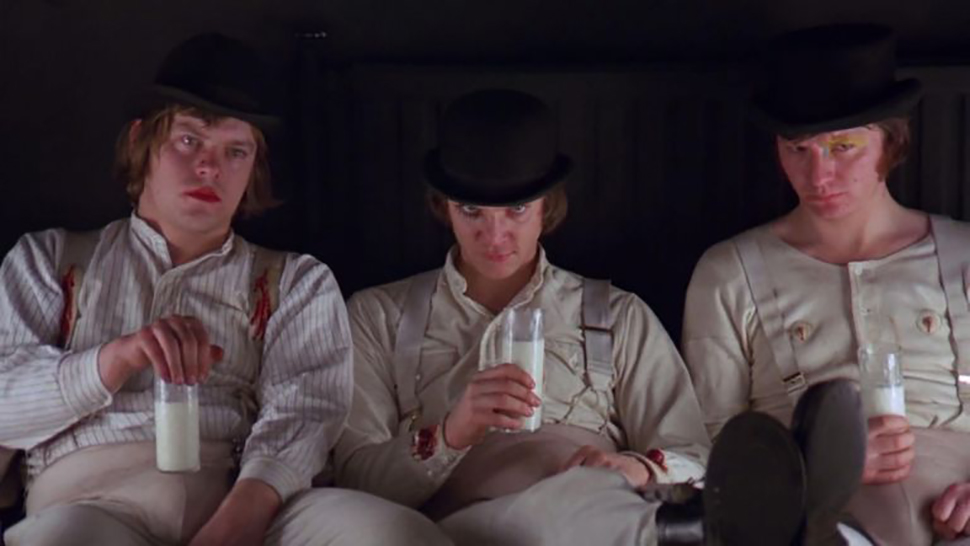 Kubrick's control over every aspect of his productions wasn't lost on a young Anderson, though it seems like he's a much more benevolent sort of dictator. The dystopian London-set classic hit home as "a movie that’s very particularly designed and, you know, conjures up this world that you’ve never seen quite this way in a movie before, but at the same time there’s a great sort of spontaneity to it, and a tremendous energy." 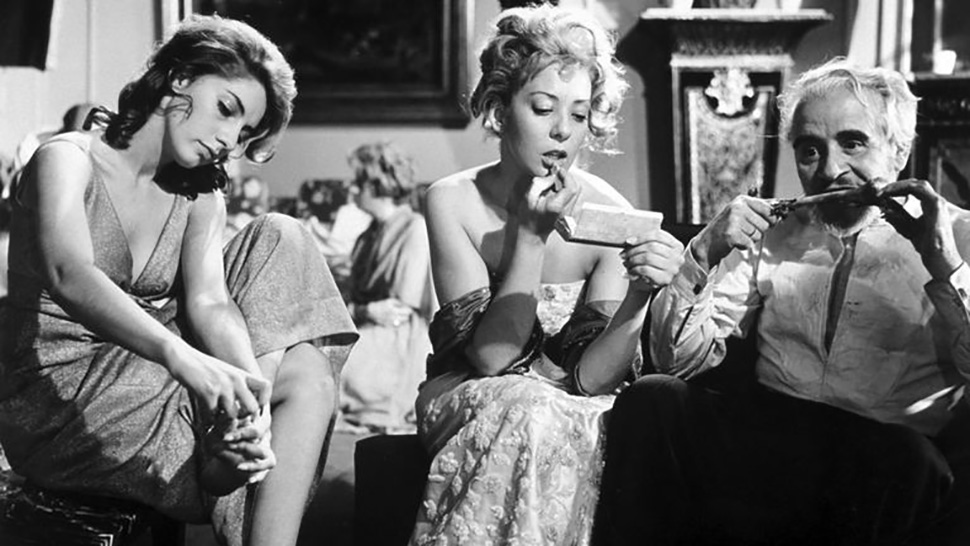 "He is my hero," Anderson told Criterion when chatting about Luis Buñuel's aristocrat-baiting surrealist masterpiece. "Mike Nichols said in the newspaper he thinks of Buñuel every day, which I believe I do, too, or at least every other." 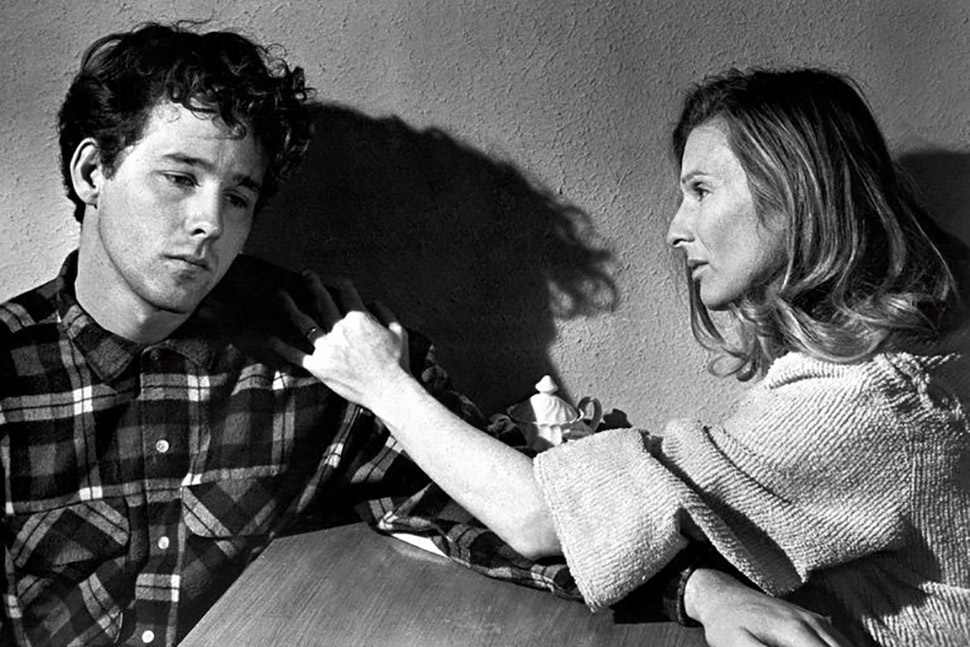 In an interview with French filmmaker Arnaud Desplechin, Anderson said: "If you are going to pick directors that make you feel like you should watch old films, I think that would be Martin Scorsese and Peter Bogdanovich." You don't need yet another Scorsese guide (though we do have a very, very good one), but Bogdanovich's biggest hit is the easiest way into his work. It's a deeply evocative coming of age story set in small town Texas in 1951, and one which involves a lot of love affairs and a very young Jeff Bridges. 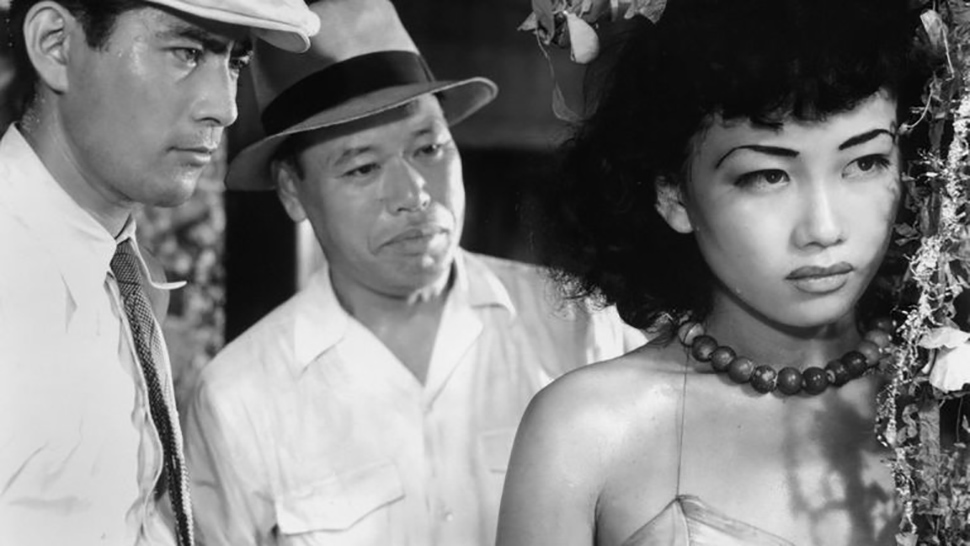 "To people who love movies, Japan immediately conjures up the work of Akira Kurosawa: a cinematic sensei to generations of directors," Anderson said in the introduction to a season of Kurosawa films at Metrograph films in New York. "If Isle of Dogs permits me an opportunity to present a few of the master’s masterpieces in 35mm, I am grateful for it." This detective noir thriller, in which rookie Murakami and veteran Sat? buddy up to sort out a gun racket in Tokyo, doubles as a state-of-the-nation exploration of post-war Japan. 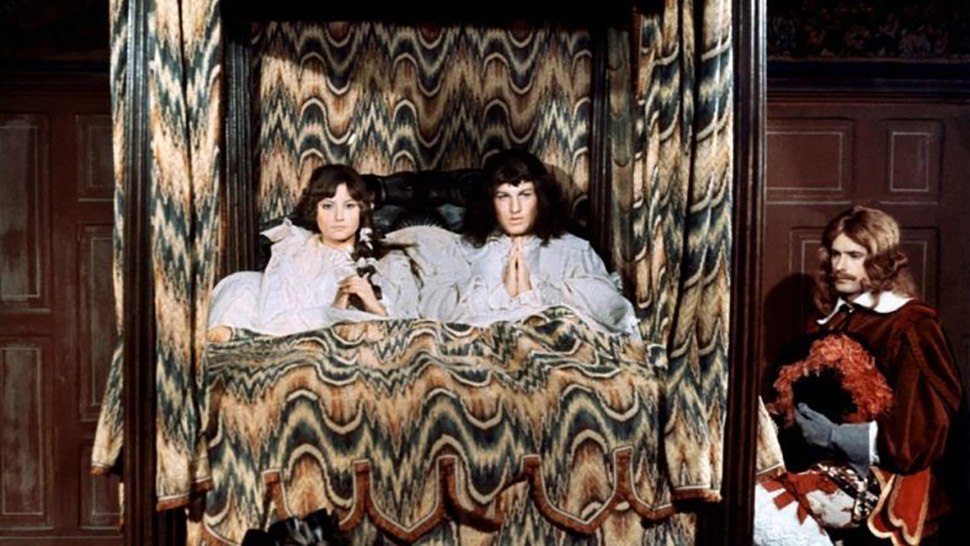 Roberto Rossellini's detail-rich telling of the Sun King's rise is a sensuous feast, and gripping for reasons beyond its story. "This is a wonderful and very strange movie," Anderson told Criterion. "The man who plays Louis cannot give a convincing line reading, even to the ears of someone who can’t speak French—and yet he is fascinating." 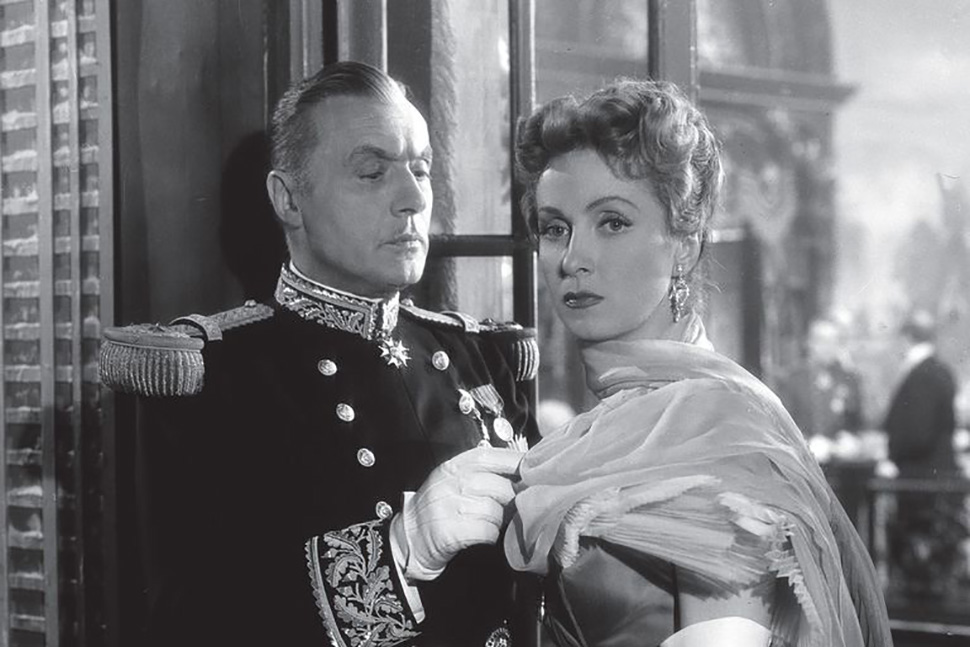 This is "a perfect film," according to Anderson, and its restless camera follows the same pair of earrings as they're passed from intrigue to intrigue in Belle Epoque Paris. 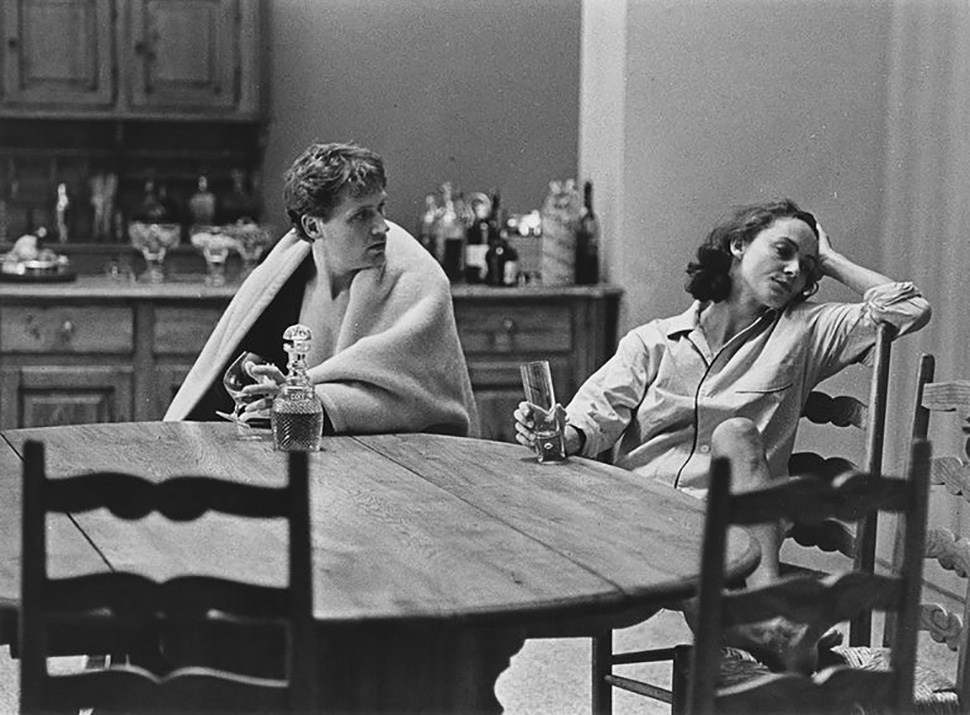 "I’d never heard of this until last month," Anderson told Goop in 2009. "It's an Ingmar Bergman movie he made in Germany where I think he was a tax exile." Correctamundo, Wesley: Bergman made this film for West German TV, and it's incredibly bleak. It starts with the murder of a sex worker and goes downhill from there.

A rom-com starring Cher and Nicolas Cage sounds like the very definition of an unknown quantity, but Anderson's a big fan. "I’ve always loved this script," he told the New York Daily Post, and its earnest and big-hearted feel led it to three Oscar wins.

Studio Ghibli's simple and beautiful tale of woodland spirits and magic was a big influence on Anderson's Isle of Dogs, and not just in its Japanese setting. "There’s a lot of nature," Anderson told Vanity Fair. "There’s a different kind of rhythm and emphasis than you’d find in American movies." 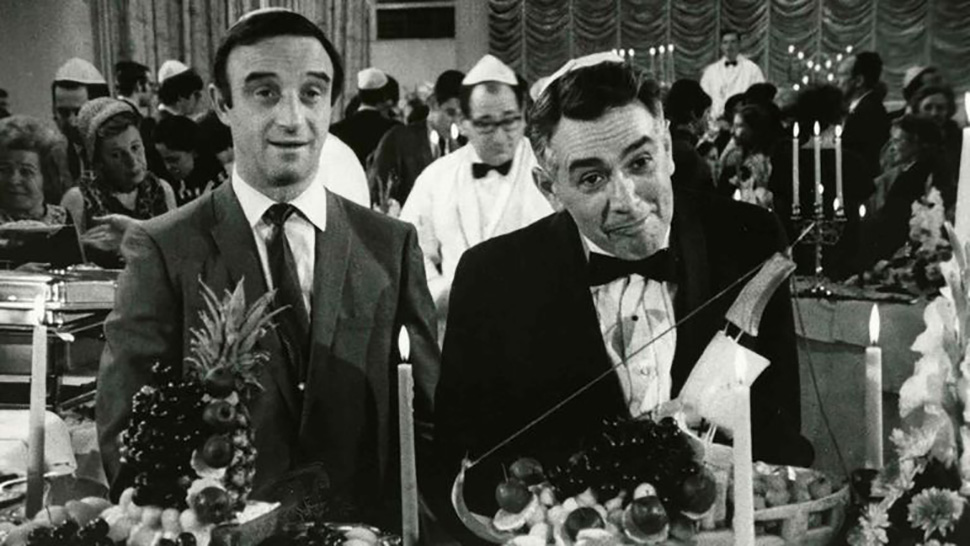 Though he was born in Texas and spends a fair bit of time in Kent, Anderson is an adopted New Yorker, and A Plot Against Harry is one of his favourite New York films. "It has a little bit of The Sopranos in it except that there is no violence whatsoever in the movie that I can recall," he told the New York Daily News. "It is very well written, and has a certain gentleness about it." 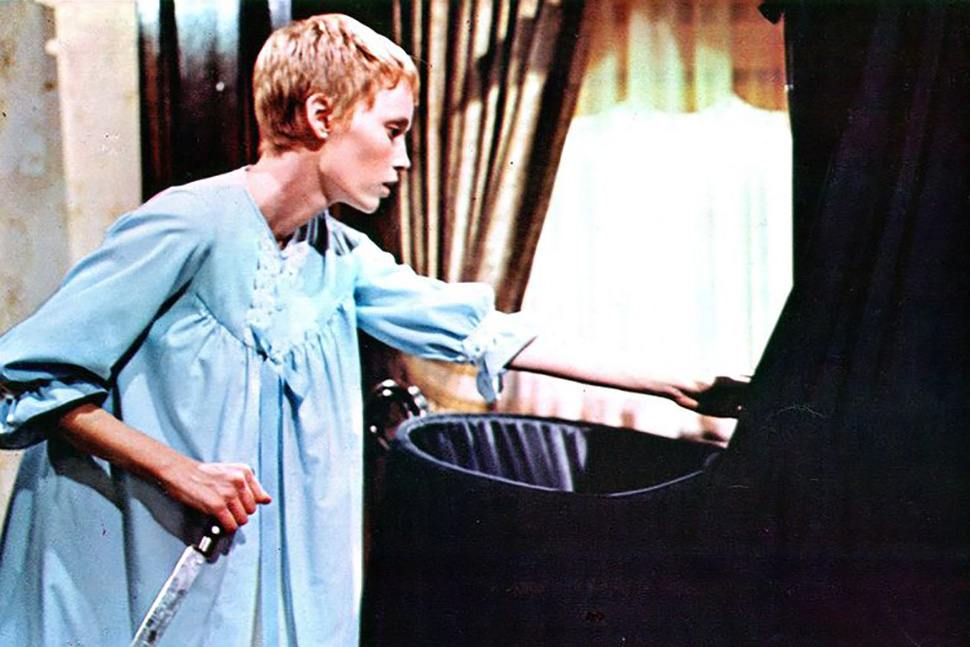 "This has always been a big influence on me, or a source of ideas; and it’s always been one of my favourites," Anderson said to Rotten Tomatoes of Roman Polanski's horror about a young mum-to-be who thinks she's carrying the son of the actual devil. "Mia Farrow gives a great, big performance in it, and I’ve read the script and it’s a terrific script." 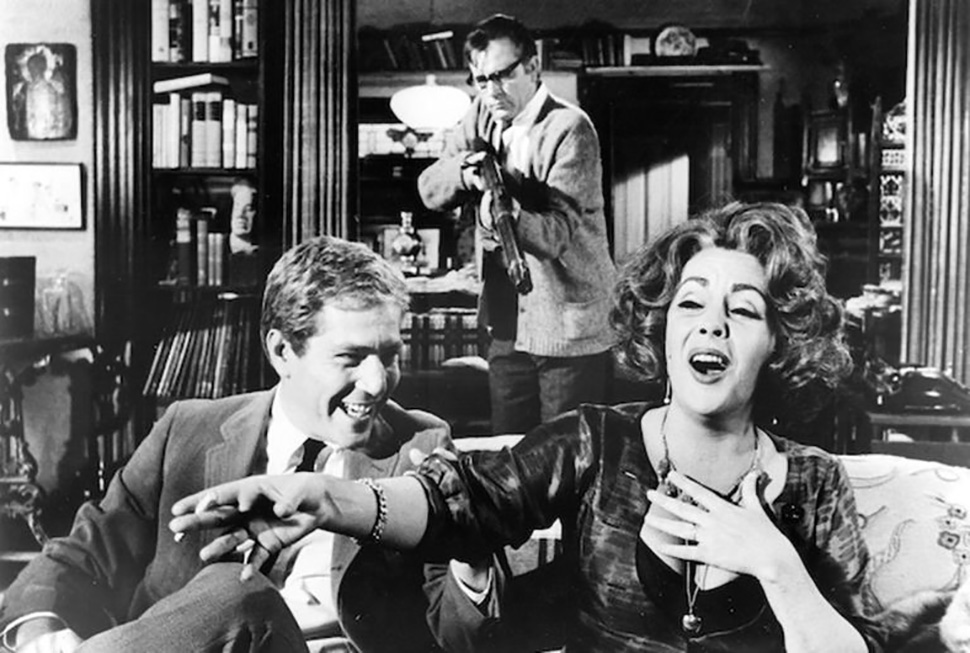 This adaptation of the black comedy play stars Liz Taylor and Richard Burton, but Anderson "didn’t fall in love with it" on first viewing. "I loved The Graduate when I first saw it, but [Virginia Woolf], I wasn’t excited by it, because it seemed like there was a negativity about it," Anderson told Rotten Tomatoes. "But when I watched it more recently I thought it was the most beautiful, inspired, exciting movie. Mike Nichols is one of the most inventive directors that we’ve had, and that’s one of the great, you know, it’s a great movie, and a stunning first film."