Our most complete look at what the hell is going on. 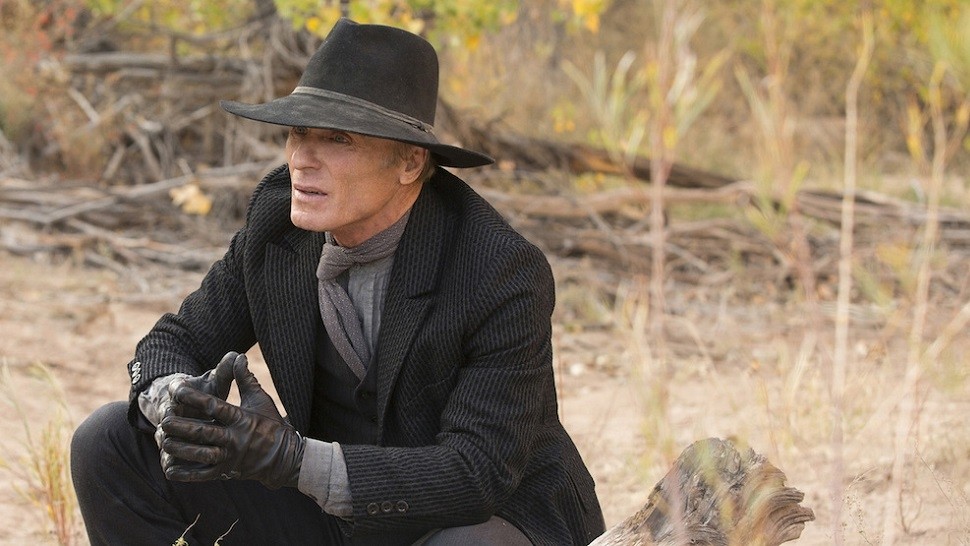 Before we get into this, I need to issue a correction to the Teddy Death Count™. When we saw poor, beautiful Teddy get piled on by those creepy fuckers in the woods while hunting Wyatt last week, it turns out he wasn't actually killed. In Episode Four, Ed Harris's Man in Black comes across Teddy beaten to shit and tied to a tree. Teddy is alive! But sadly, they don't put Teddy out of his misery, and the Teddy Death Count™ reverts to 4. 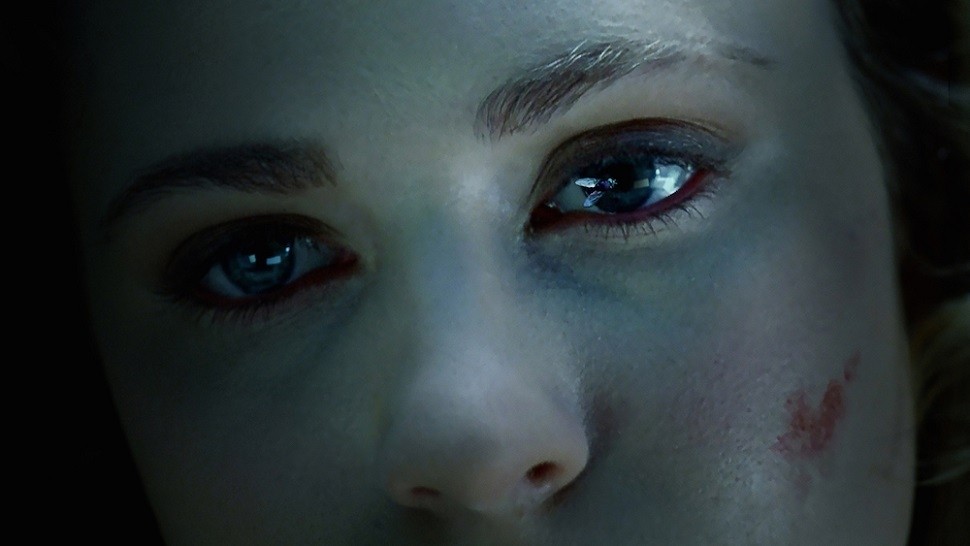 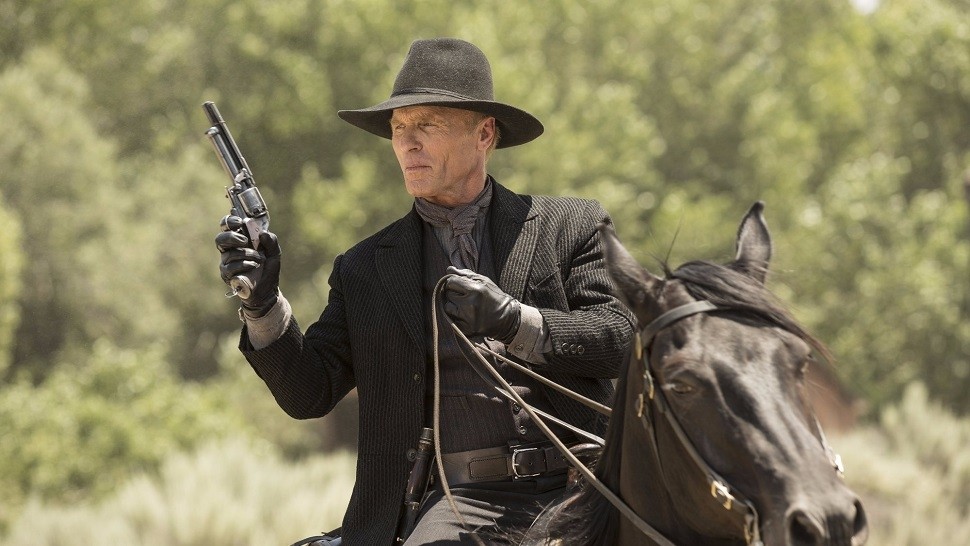 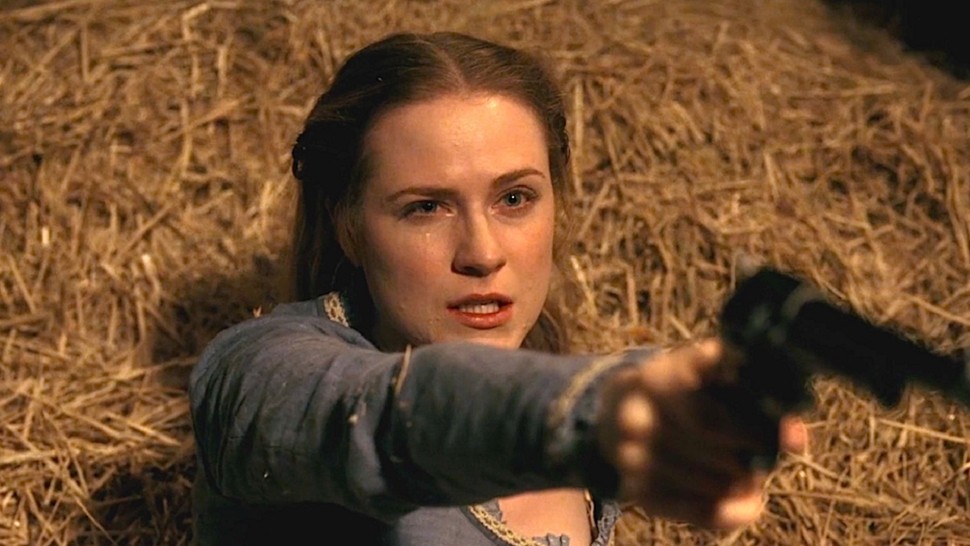 Which brings us to the actual main subject of Westworld this week: Mortality. As Maeve realizes her own mortality (sharing a death kiss with sexy nihilist bandit, Hector, after she realizes she is reborn every time she dies), we learn quite a bit about the Man in Black and his mysterious maze, which seems to hold the key to robot transience. 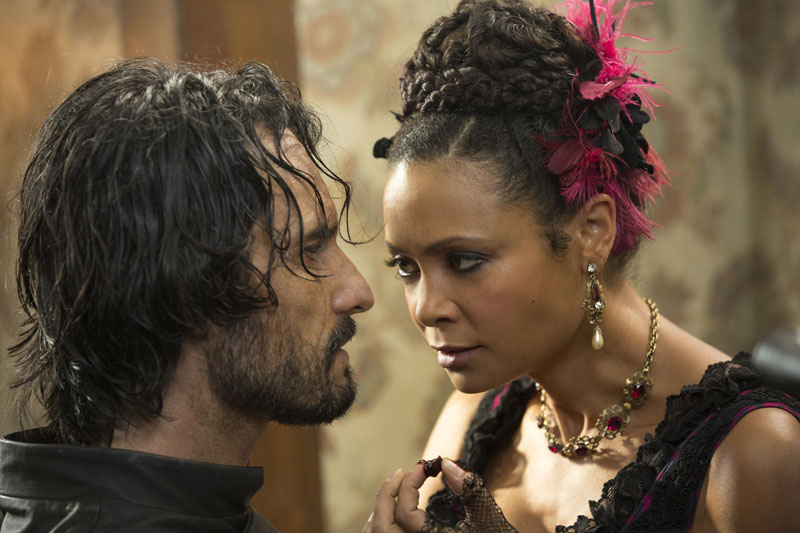 Up until Episode Four of Westworld, Ed Harris was the clear villain. And for good reason—we watched him commit atrocity after atrocity to these abused robot hosts. But then the Man in Black is recognized this week by another park guest, who mentions his saintliness outside of Westworld. Consider this interaction:

Man in Black: "One more word, and I cut your throat, understand? This is my fucking vacation."

It's a mystery, dammit, but one that hints to the Man in Black's real world character. More importantly, it introduces the conversation of how good people act in a world without consequences. Like the Pope playing Grand Theft Auto or Oprah being some secret 4Chan troll, can your actions outside of the real world reflect your true self? Do they cancel out? Do they mean anything? 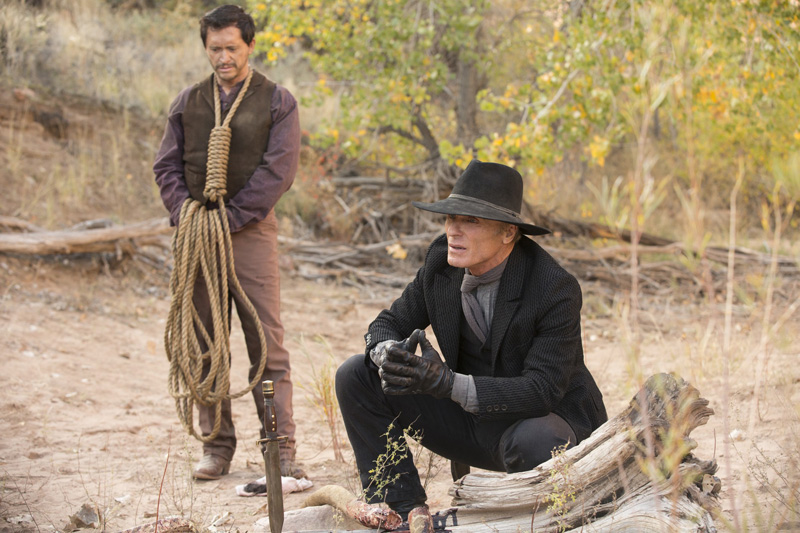 All actions have consequences. Except for in Westworld, right? But that seems to be exactly what the Man in Black is trying to change. He's looking for some maze, which is the last story the Man in Black needs to learn in its entirety. And that might have the key to robot mortality: "You ever heard of a man named Arnold?" he says to the Woman With the Snake Tattoo, a bandit who has the next clue to the puzzle. "He created a world where you can do anything you want. Except one thing: You can't die. But then Arnold went and broke his own rule." OK... Then he says some stuff about honoring Arnold's legacy. If you recall, Arnold was the guy who tried to give these robots their consciousness. As the Man in Black (possibly) saved lives in the real world, is he now trying to give life to these hosts? Is his trail of blood within Westworld actually leading to him liberating the machines—to consciousness? It could all be for the greater good.

Another small detail about the Man in Black I wanted to mention is in reference to a Reddit theory which suggest's that William's scenes actually take place in the past, meaning he might be a younger version of Ed Harris. It's something I couldn't stop thinking about in this episode. Since the hosts don't age, it would be easy to fool us into a false timeline. Any scene could take place in any time period. But in this episode, Stubbs (Luke Hemsworth) becomes a constant between these two timelines. He watches Dolores deviating from her path with William (or so it's implied), and Stubbs is the same dude who pointed out earlier that Man in Black gets to do whatever he wants in Westworld. So the theory of Billy being the younger Man in Black doesn't check out. That is, unless Dolores has done this before—which they hint that she has by recognizing the child in that little village. 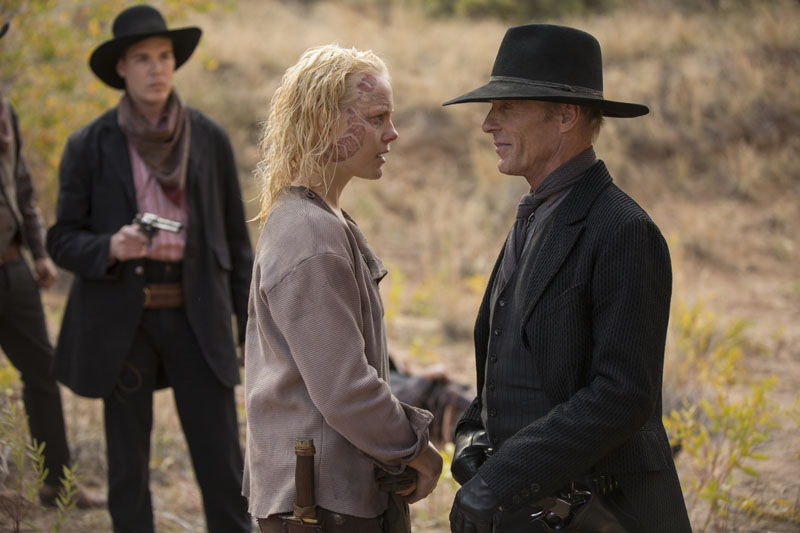 Anyway, Man in Black makes a deal with the Woman With the Snake Tattoo to recover sexy nihilist bandit Hector. Once he does this, she tells him that the one he's looking for is Wyatt: the man that Dr. Robert Ford just wrote into Teddy's mysterious backstory. That makes me wonder, is everything that is happening a result of this story Ford is writing? Dolores waking up, Maeve waking up—are all these existential triggers actually illusions and just another part of the code? What we know for sure is that Ford possesses unusual powers in Westworld—powers that no one else seems to have. We know that, like any video game, there are levels. Perhaps, the guests playing the game are just in a different level of Ford's creation. Perhaps the people working at Westworld, hosing down the robots and programming the AI, are on another one? Perhaps the Man in Black wants to wake up in his own way and beat the game? Or maybe we're all in the game, and the final level is watching Westworld on HBO?

So many questions. But at least Teddy didn't die in this episode. 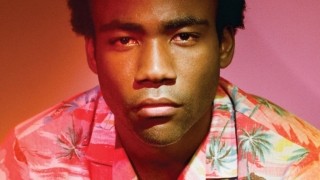 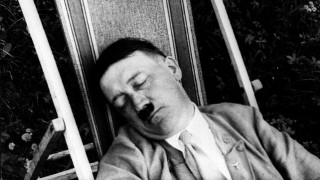 Were the Nazis high on their own supply?
All Photos
Comments
View As List