We talk to the star of Missing Link about the return of James Gunn to the Guardians franchise and the long-awaited finale to this Avengers era.

A lot of people died in Avengers: Infinity War, including a score of beloved characters on-screen and about, oh, 3.5 billion Earthlings off-camera and half of all life in the rest of the universe. But one of the most harrowing deaths was that of Zoe Saldana’s Gamora, the alien warrior with a heart of gold who traversed the universe as a Guardian of the Galaxy, only to meet an untimely end at the hands of her own adoptive father, the genocidal despot Thanos.

And while we can be pretty certain that the characters Thanos dusted will somehow come back to life in Avengers: Endgame, fans still don’t know if Gamora’s death will turn out to be final. We talked to Saldana about what the future holds for the character, how she feels about James Gunn returning to direct Guardians of the Galaxy 3, and her new stop-motion adventure Missing Link.

ESQ: Your character in Missing Link, Adelina, really reminded me of Gamora—they’re both adventurers, dealing with loss and collaborating with some really outsized male personalities. What drew you to playing characters like that?

Zoe Saldana: I feel like those have become easy characters for me to do. What I like is to collaborate with filmmakers and studios that really stand by a mission and that they try to honor it, I think that what [Missing Link stop-motion production company] Laika is doing is extraordinary. Every film that they’ve released I’ve seen, and I just love what they’re about and how they’re doing it. The stories that they write are stories that adults can watch because they’re complex. And I like to be a part of projects that take a long time to build because they pay really good attention to detail. 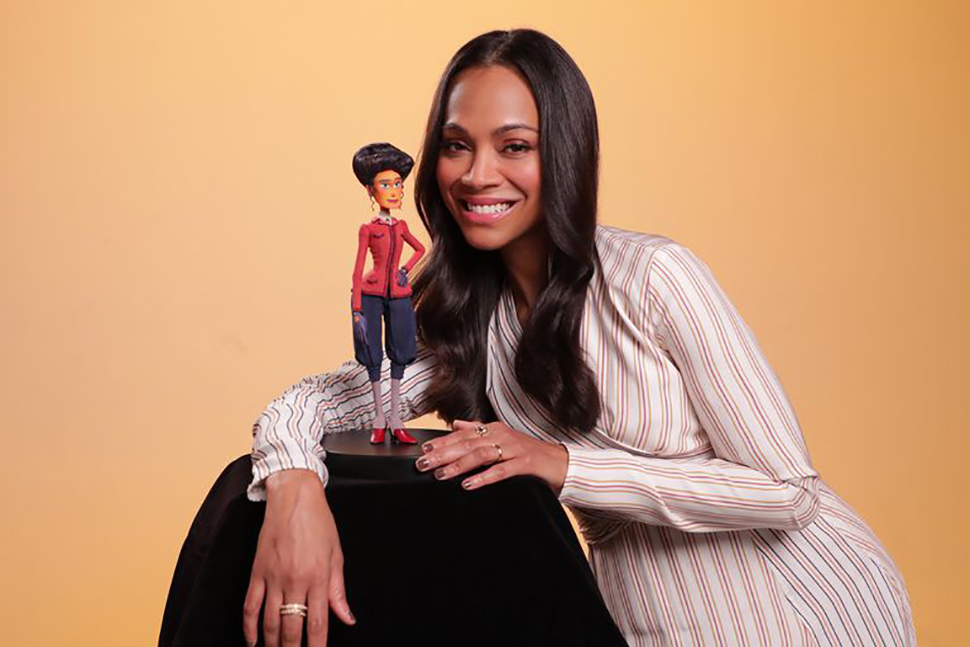 A lot of characters died in Infinity War, but Gamora had one of the most personal and intimate death scenes. How did you prepare for shooting that, and what did it feel like to say goodbye to her?

In order for us to understand how evil of an entity Thanos is, it just made sense that we needed to see him sacrifice one of his children. He’s the ultimate terrorist in the galaxy, and I really appreciate the fact that [directors Joe and Anthony Russo] took it upon themselves to flesh out the relationship between these two daughters and Thanos. I don’t question when a character that I’m playing has to die if it makes sense. Yes, of course, it’s painful, but I kind of separate my personal preferences, and I really accept and honor the destiny that my character has. 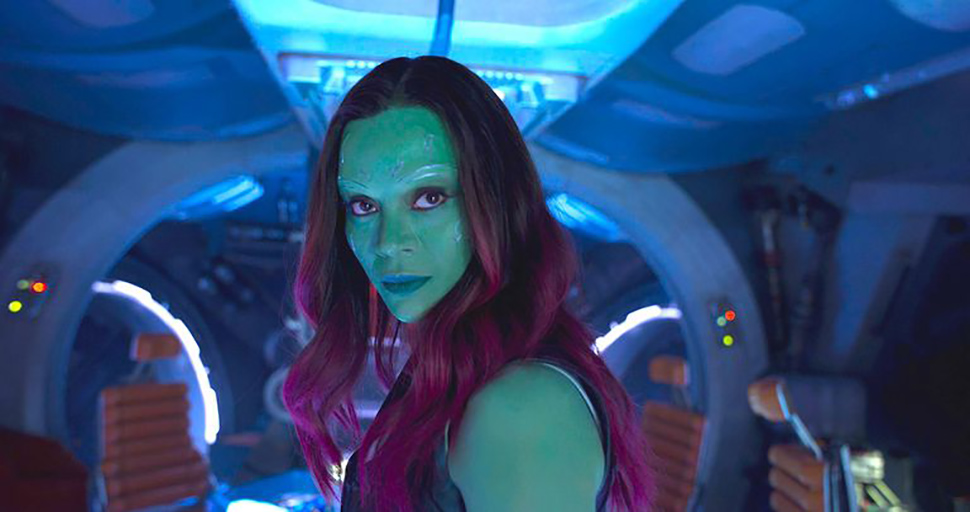 Have you seen the fans online who that Thanos was right?

No, who are those people to say that?

Their perspective seems to be that humans are wrecking the planet, so the answer is that we need fewer humans. They may say he went about it the wrong way, but think that his basic idea was right.

Oh my god, they’re so ridiculous. No! I think that nobody should play god, not even the gods themselves. He’s a loony bin!

How did you feel about the return of James Gunn to the Guardians series?

I feel happy, what Disney did was absolutely amazing. The recognition that the action was very impulsive—they’re sending out such a strong message to young generations. Disney makes content for the younger beings, and they’re sending this message of redemption. I think it’s really important, especially if the person has taken into account their actions, has worked his way into rectifying what was done once it was brought to his attention, or her attention. I think that redemption really is the next step that we haven’t really discussed enough.

When he was initially fired, you and your co-stars were very vocal in your support for him, stepping up with the open letter. What made so strongly about advocating for his return?

I think it was important. He was our boss. I mean, Disney is all of our bosses, but James Gunn was like our captain. And even though our captain was fired, it felt like it would have been weird for us to not react to that, and not have a say, not make a sound. I think that we tried in our letter to just provide empathy for the situation, and disclose just how confused and upset we were as humans as that were indirectly involved in this matter. Also, I think it’s important to say that even though you work for these corporations, you have to take a stand when you feel like they’re misrepresenting your voice and your views on something. Autonomy is really important, too.

Did you have any worries, did you wonder if you would be a target for hate?

No, I’m not afraid of that.

Because I don’t live for what others think of me. And I do think that I’m the kind of person that tends to think before I speak. Social media can betray you because everything sounds amazing—especially the more likes and the more followers you get, your ego is really inflated, and you think that you can say whatever you want and be untouchable. And that isn’t the case. You have to really watch what you say. For me, I’ve always been very mindful of that, one because I like to be very private in my personal opinions about things, and two because I’m aware that the films that I do primarily appeal to a younger audience. And I don’t want to be responsible, like directly and consciously responsible for saying something that they will misunderstand, and then practice in their lives and end up getting hurt. 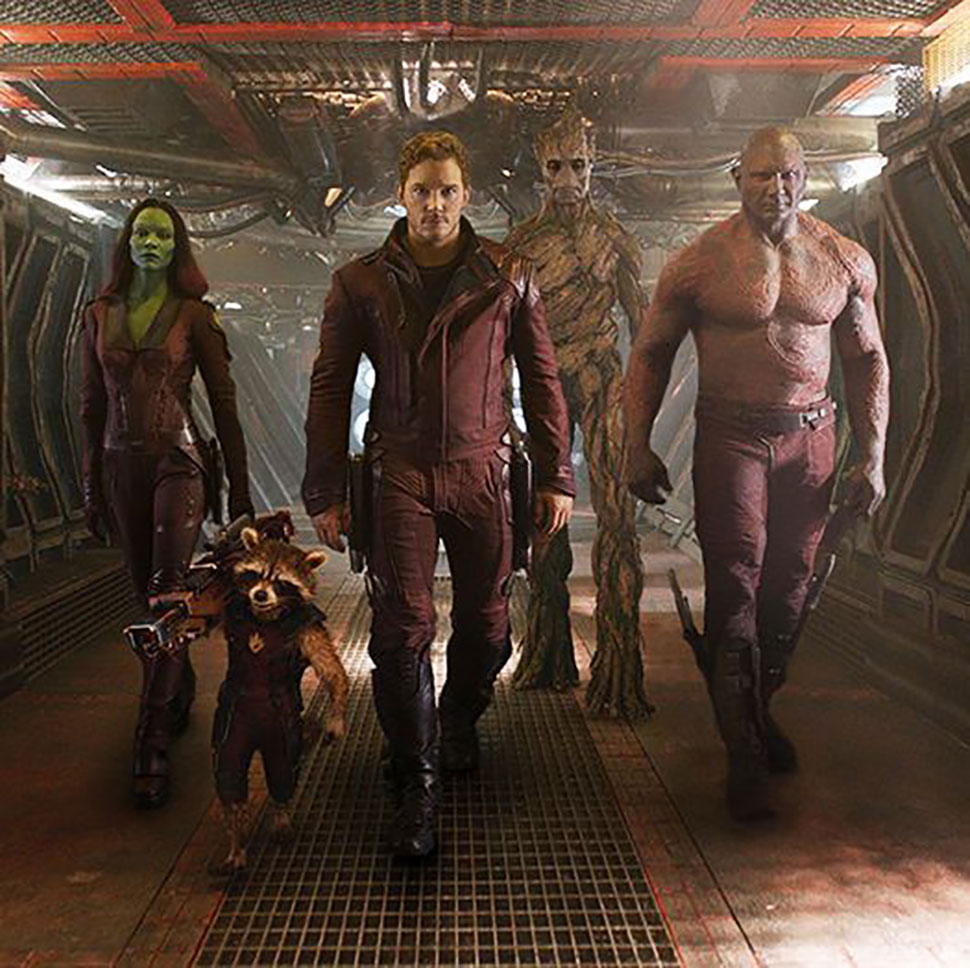 I know it’s probably top secret, but is there anything more for Gamora? Are we going to see you in Endgame or Guardians 3?

I don’t know, I hope so! But I’m not at liberty, unfortunately, to say. And to be quite honest, I don’t even know what Endgame is going to be really about. It’s such a top-secret project that even the cast is confused in terms of what is up and what is down.

Are there any particular steps that were taken to keep info from Endgame on lockdown?

My god, we were all lost! We had no idea what was going on, the actors. Nobody ever had a full script, you were just given sides like a day before you were supposed to travel to location to shoot, and by the time you would get there it turned out that those sides were inaccurate, they purposefully misdirected you, and now your sides are given to you an hour before you were supposed to be on set. That’s how they manage to keep this all—it’s crazy.

How do you respond to that as an actor, having things change on you all the time? Maybe you prepared for a certain scene but now things are going in a different direction. How do you deal with that?

No, I mean, it’s a little bit uncomfortable. But we’ve all played our characters before, right, so we understand the game. We understand why this is happening.

'Shazam!' is a Magical Superhero Movie That Lifts the Darkness From the DC Universe