At 26, Lollapalooza Can Still Show Today's Music Festivals a Thing or Two 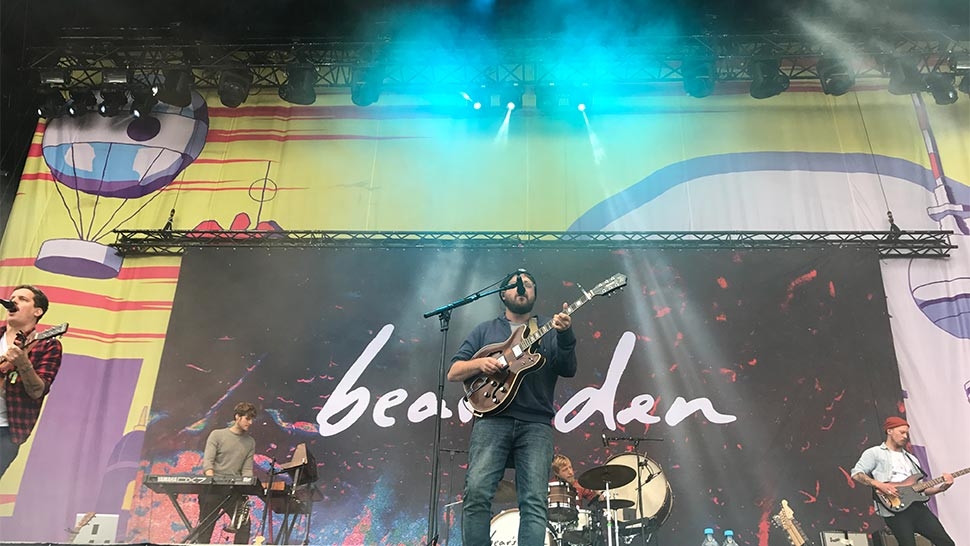 The experience started before I even got to the venue. Germany’s version of Lollapalooza, the American music festival founded by Jane’s Addiction singer Perry Farrell, was held this year in an open green field called Hoppegarten near the city’s eastern limits. Organizers practically pleaded with attendees to come early to avoid the crowds, but I had just arrived in Berlin earlier that day and wanted to rest before going to the venue.

My insolence came at a price: at around 1 p.m., when I finally left my hotel, I found myself squished inside the train with what felt like a million other excited concertgoers. Mostly locals, their long, patrician noses rose up over my head and I could smell their beer breath as they talked in rapid-fire German. Yes, many of them loaded up with a bottle or two before the big event, but they know how to carry their alcohol so there were no untoward incidents (that I heard of, at least). 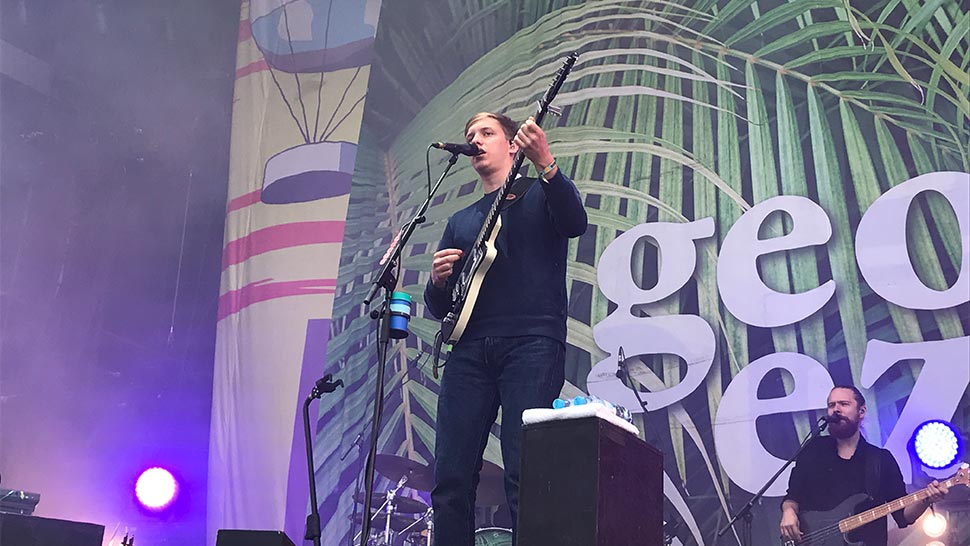 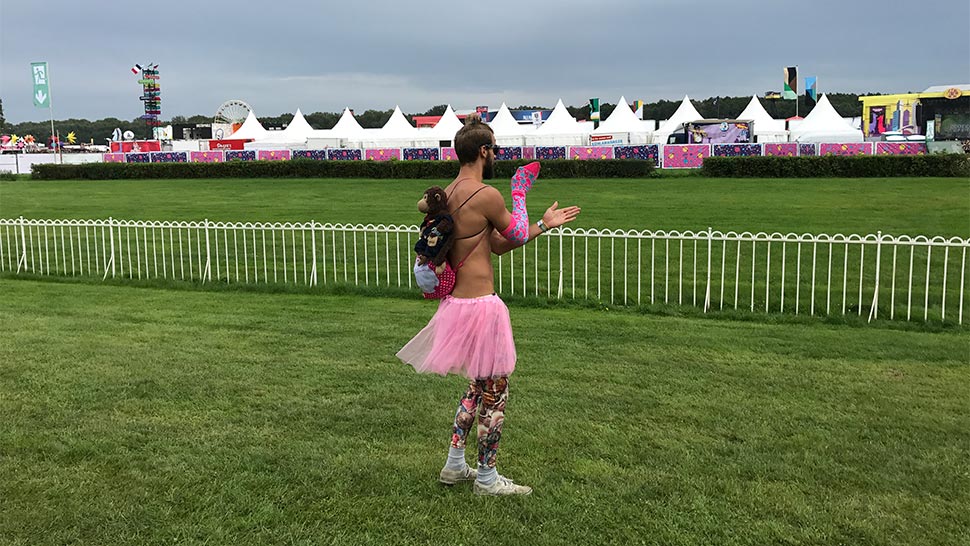 Rennbahn Hoppegarten, a horserace park that is also popular for picnics, has become the third home of Lollapalooza after the Tempelhof airport grounds during the inaugural edition in 2015, and Treptower Park last year. The open field held four massive stages, a Ferris wheel, a kids play and activity area, dozens of food and drinks stalls, a VIP and Platinum viewing area, a locker station and even a few ATMs.

It was supposed to be an end-of-summer festival, but the weather wasn’t cooperating that afternoon—there was a slight but persistent drizzle and the temperature dropped to hug-your-sweaters-and-jackets levels. Still, the atmosphere was one of celebration and anticipation. Most were dressed concervatively given the chilly climate, but there were the usual festival attention-grabbers, and this being Berlin, which is known for way-out-there counter-culture, some did their best to shock and awe.

Lollapalooza’s lineup this year, as in most years, did not disappoint. Over 50 acts filled up the four stages, some with simultaneous playing times, which meant planning was essential. On the first day, I gravitated towards British folk-pop artists Bear’s Den and George Ezra, both of whom tried to warm up the crowd despite the cold breeze. Ezra played at least four new songs, all of which were well-received, although his biggest hit “Budapest” understandably garenered the loudest cheers. 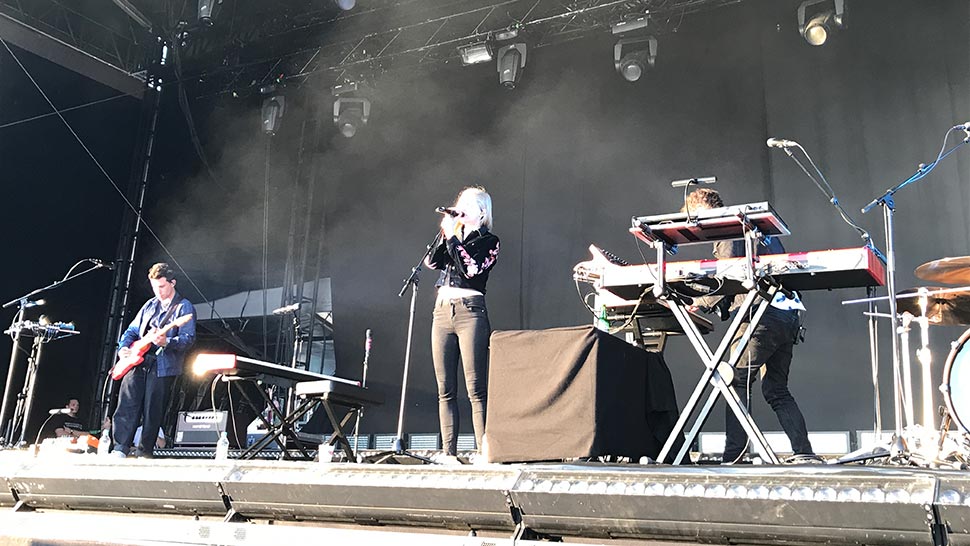 The DJ and electronic acts were at Perry’s Stage, including Martin Jensen, Yellow Claw, and Galantis. Superstar and DJ headliner Marshmello pulled out at the last-minute, which bummed out his fans. (In a tweet, the masked artist apologized, saying his flight got stuck in the US).

Mumford and Sons were the Main Stage headliners for the first night. Lollapalooza’s sound engineers deserve a special shoutout for the larger-than-life sound system that boomed across Hoppegarten. I didn’t need to be close to the stage to hear Marcus Mumford’s familiar, crystal clear vocals.

Alternative act Two Door Cinema Club closed out the first day of the festival, although I chose to skip them so I didn’t have to fight too much for space on the train ride back to the hotel.

The next day, the summer sun finally made an appearance, casting a warm, welcome glow across Hoppegarten’s green fields. Organizers offered a backstage tour to select members of the media and I was fortunate enough to have been included. Steffen Martini, who was part of the organizing committee, said that around 80,000 festivalgoers were expected per day, which meant that some 160,000 people made the trek to Lollapalooza Berlin over two days. About 25 percent of that, he estimates, come from outside Germany. Many are from Great Britain, who view Lollapalooza as a more affordable alternative to the multitude of music festivals there.

When people aren’t plunked down on the grass listening to the artists, many walk around the open field to enjoy the other offerings of the festival. Those with kids in tow can check out Kidzapalooza, with attractions designed for the younger music fans. Absolut Vodka had an observation deck and various other brands had their own activation booths. 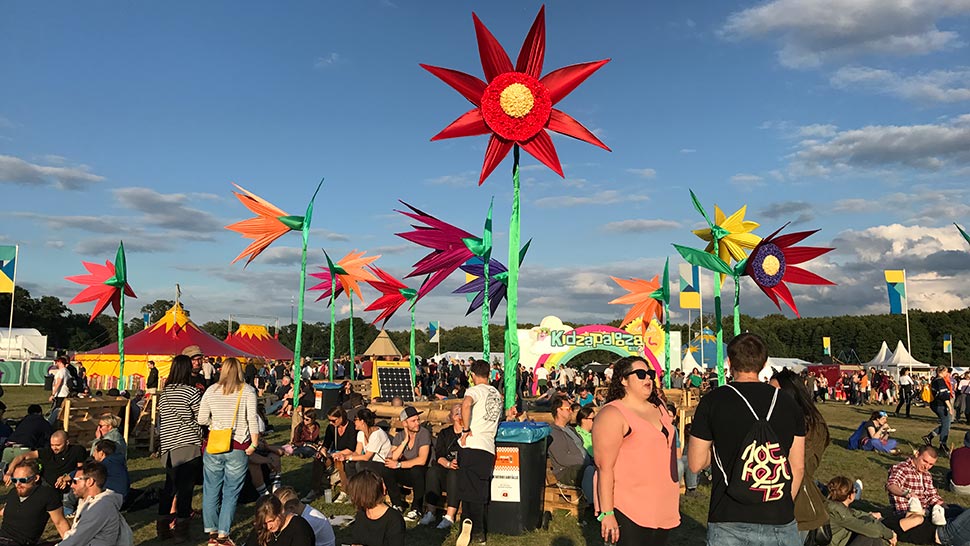 That afternoon, members of the press were treated to casual drinks and snacks inside the VIP lounge, where a German rap duo performed, including a German version of Ini Kamoze’s “Here Comes The Hotstepper.” I didn’t understand a word they were saying, but rap is universal, and the German kind was mesmerizing in a strangely pleasurable way.

I had just enough time to check out British indie pop trio London Grammar at the Alternative Stage before the start of Lollapalooza’s biggest act. The Foo Fighters were in Singapore about three weeks prior and it was a show that I also caught. I had never saw them live before this year and to suddenly watch them twice in the span of month made me believe how wonderfully weird life can be sometimes.

Dave Grohl uttered some of the same audience banter in Berlin that he did in the Lion City. Despite his status as arguably the biggest active rock and roll star on the planet, he was naturally likable in a rough, razor-sharp, big brotherly kind of way.

“They’re never going to let us play for three hours,” Grohl said. “We’ll just have to play till they kick us out. You know we can do this s**t all night.” 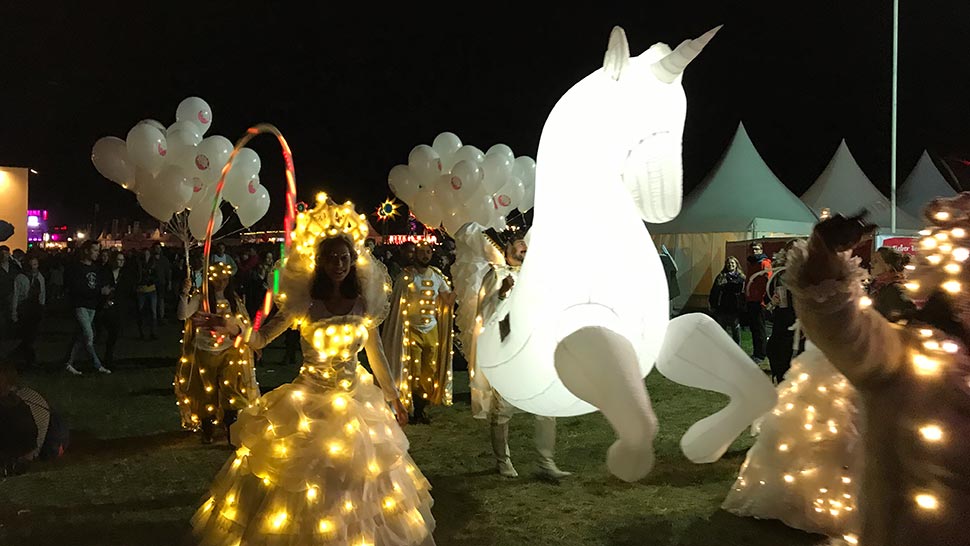 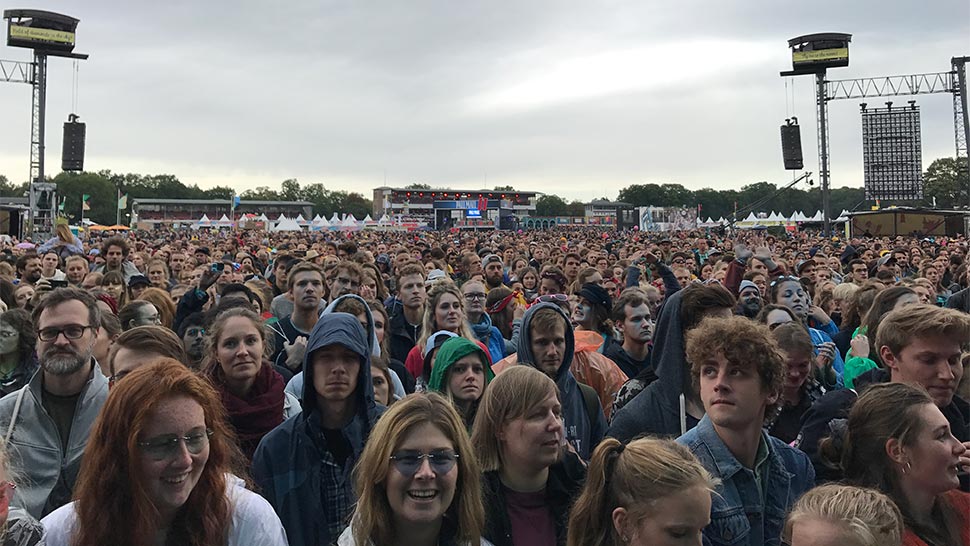 They pretty much stuck to the same playlist in the current tour, with big, loud numbers like opener “I’ll Stick Around,” “Learn to Fly,” and “Run,” and slower, more tender ballads like “Big Me” and a surprise slow version of one of my all-time favorites, “Wheels.”

On two occasions, the band brought out special guests. On “The Sky is a Neighborhood,” from the upcoming new record, newcomer Taylor Greenwood joined them onstage. And on a cover of the Jane’s Addiction original “Mountain Song,” the festival founder himself Perry Farrell sang with Grohl.

Indie rock band The XX bravely had to carry on by playing the final show of the festival, but it was clear when the mass exodus of people happened after Foo Fighters’s set that most of them really came for the hard rocking American band.

“During the first Lollapalooza in 1991, I remember thinking that it was the first time that many people turned out to listen to music that I love,” Grohl said. “I knew it was the beginning of a f***ing revolution.”

Organizers announced that next year’s festival will be held on September 8 and 9 at Olympiapark, so better start making plans as early as now 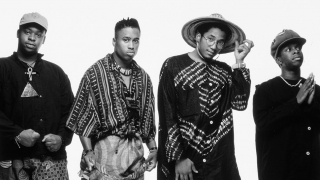 A Tribe Called Quest Just Played Their Last Show Ever 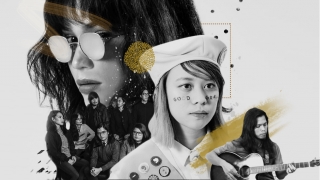