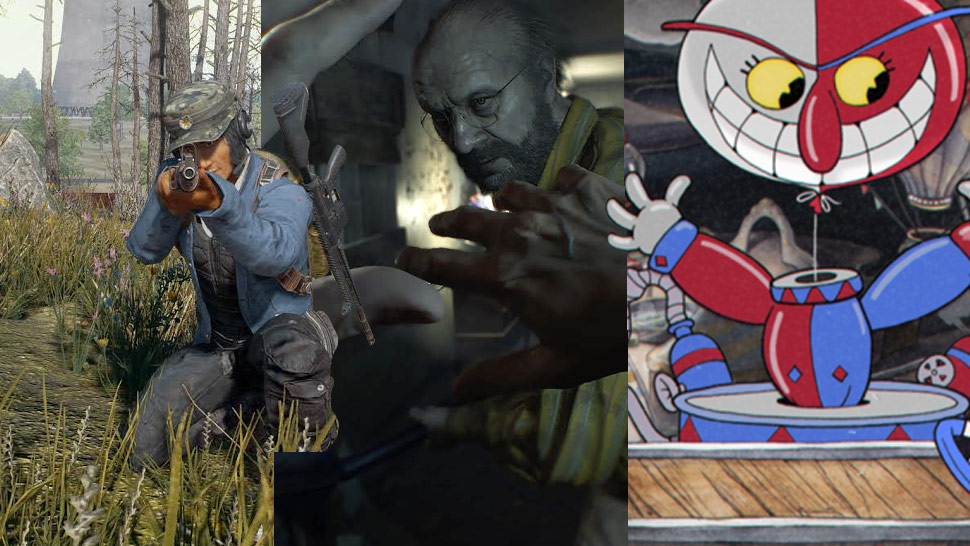 What a busy year 2017 was for gamers. After the introduction of new gaming hardware—such as new CPUs from Intel and AMD, new video cards, and the amazing Nintendo Switch hybrid gaming system—the focus has turned to software. What are the games that kept everyone’s thumbs busy?

There were a lot of excellent games released on the major platforms and mobile games had a lot of standouts too. Here’s this year’s top games:

The Legend of Zelda: Breath of the Wild
Platform: Nintendo Switch, Wii U
Released: March

If anyone told us that Nintendo could deliver an open-world adventure RPG, all we could say is: we need it now. As a launch game for the Nintendo Switch, The Legend of Zelda: Breath of the Wild delivers on Nintendo’s promise of creating a massive game where players can traverse anywhere they please while completing (or ignoring) the main missions and numerous sidequests. This game gives players enormous freedom to explore the natural terrain of the Hyrule Kingdom. Even if you’ve spent hundreds of hours on the main game, new downloadable content gives players more things to do such as new dungeons, quests, gameplay modes, and even a new vehicle.

By design, Cuphead hits you with a dose of nostalgia like a double-barrelled shotgun. The game’s hyperkinetic graphics is a ‘30s Fleischer cartoon come to life. The challenging gameplay is from an ‘80s platform game. Think classic Mega Man games meets Steamboat Willie.

Cuphead, ironically, isn’t everyone’s, well, cup of tea, but half the fun is repeating each level to learn the best way of defeating the level bosses, just like the way these kinds of games worked back in the day.

Released for iOS in December last year, Super Mario Run made its debut on Android devices this year. Made specifically for mobile devices, Super Mario Run features simplified tap-to-jump move for Mario as he runs automatically and vaults over obstacles and enemies. With coins and other items to collect, the game offers a lot of replayability. The 3D-enhanced graphics are one of the best ever seen on a Super Mario side-scrolling platform game. An update last September added new game modes, levels, and Princess Daisy as a playable character.

Highly improved from the original game, Injustice 2 delivers its kicks, punches, and heat vision in a way only a superhero beat-em-’up can. The Hollywood blockbuster-ready story is well-crafted by fighting game standards. New heroes and villains are added to the mix for more brawling fun. Batman and his allies are now up against a new powerful foe in the person of Braniac. A new loot system allows character upgradeability and customization such as adding new armor and weapons.

The classic 1987 side-scrolling beat-’em-up is resurrected for a new generation. Designed by some of the members of the original team that created the ‘80s arcade version, Double Dragon IV features a story mode and two-player duel mode. The retro pixel graphics is sure to bring back memories for old-school fans of the series. Returning for the long-awaited sequel are the twin martial artists Billy and Jimmy Lee. Developer duties are now handled by Arc System Works, creator of the Guilty Gear and BlazBlue series of games.

Resident Evil 7 returns to its roots after two decades. The game heavily leans on survival horror elements with emphasis on exploration rather than straight out action. It is also the first main series Resident Evil game that is played from a first-person perspective. The game is fully compatible with the PlayStation VR headset, giving players a more immersive experience when fighting enemies, running from them, or solving various puzzles. Stealth is also an option for those who want to avoid combat or conserve precious ammo.

Horizon Zero Dawn takes various elements such as an open-world environment, giant robots, and advanced item crafting system and mashes it up with the gameplay mechanics of the new Tomb Raider games and The Witcher 3. The mix of the primitive and high-tech can sometimes make the game feel like a high-tech Skyrim, which, by the way,  is not a bad thing. The result is a highly replayable adventure game with focus on exploration, collection, and combat. The graphics is also nothing short of stunning and one of the best on a PS4.

If your friends are always MIA or unavailable for any kind of social gathering, it’s likely that they are hooked on PlayerUnknown’s Battlegrounds (or PUBG as the cool kids are calling it), a highly addictive multiplayer-only game. PUBG takes its inspiration from Battle Royale as it drops players in a large map where they have to search for randomly generated weapons, armor, equipment, and vehicles. The map’s safe zone gets smaller as the game progresses to encourage more skirmishes until there’s only one person left standing.

2017 looks like it was a banner year for excellent Switch games, and Super Mario Odyssey is no exception. Early Mario games have hinted that with the right mushroom, leaf, or item, our favorite plumber can transform into other things. In Super Mario Odyssey, he is given the power to control other creatures from the Mario universe. It’s very much a thrill to see him possess a Goomba, Chain Chomp, Bullet Bill, Poison Piranha Plant, Lakitu, etc. The sandbox style gameplay from Mario 64 and Super Mario Sunshine returns with new Kingdoms to explore and spend countless hours in.