They exist in a strange limbo with each foot in different culture. 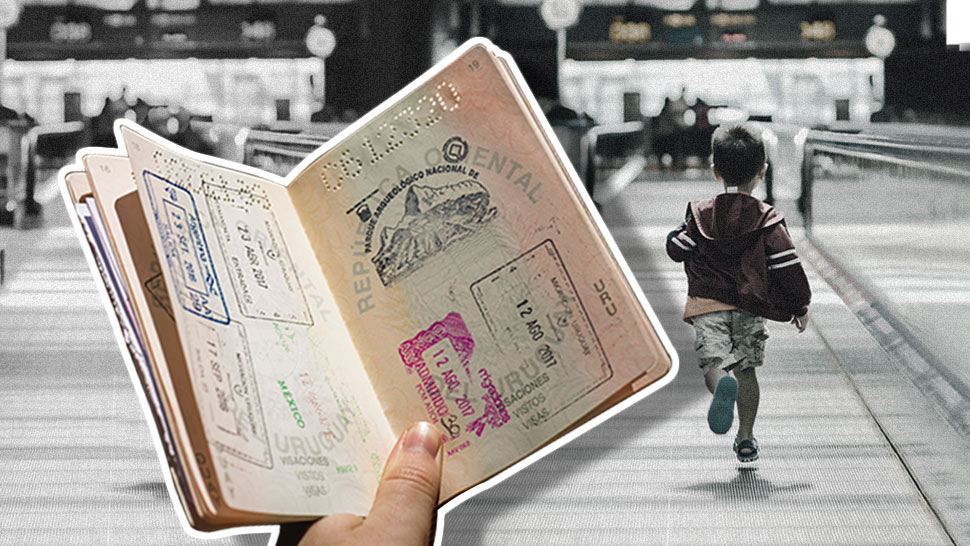 “Where are you from?” is the most dreaded question for Filipino third culture kids (TCK). The question can’t be answered with just one location. What usually follows is a long sigh and an even longer explanation listing the five to ten places they’re “from.” That’s when the existential crisis ensues. As products of an increasingly globalized world, Filipino third culture kids exist in a gray area, born between two or more cultures as they try to find a place in Filipino society despite doubts that they’re “not Filipino enough.”

You’ve probably encountered Filipino third culture kids in your lifetime. They’re balikbayans, multicultural offspring, kids of expats, and children of immigrants—descendants of the diaspora. While the moniker refers to the community as “kids,” being a third culture kid isn’t something you grow out of—it’s something you experience even well into your adulthood.

TCKs have existed for a long time, but it’s only in the last few decades that it’s been labeled and explored. And in the case of Filipino TCKs, it’s a topic that hasn’t been explored in its entirety. Some might refer to TCKs simply as those “na may halo o lahi” or balikbayans who were raised abroad by OFW parents, but these phrases don’t encompass the complexity of existing in multicultural limbo in a pursuit to “belong.”

Existing as a ‘foreign’ Filipino

Unfortunately, there isn’t a TCK starter pack. Not when they break every national and racial stereotype by default. According to sociologist Davis C. Pollock, third culture kids can be defined as people who spent their developmental years living in a country outside their parents’ culture. “Third culture kids build relationships to all culture while not having full ownership of any.“

Translation: TCKs are permitted into certain circles, but never really belong to any. They belong everywhere and nowhere all at once. How can they when their parents’ second or third language is their first, and what was supposed to be their second home has become their new motherland?

TEDx speaker Erik Vyhmeister, technically a Filipino third culture kid himself, explains how being a TCK makes “you absorb little bits of pieces” of the culture you’re exposed to create your own cultural identity that’s both connected and emancipated from its origins. Vyhmeister, who was raised in the Philippines and went to school in Kenya, finds himself a foreigner in his own country, the U.S.

It’s a complicated thing to experience. TCKs have the privilege of expanding their worldview, collecting cultures from around the world, and having high empathy for other races and cultures. But at the same time, it comes at the cost of feeling disconnected, isolated, and alien in their home country, coupled with lack of knowledge of their parents’ culture.

This is a common trait that all third culture kids share: feeling foreign in what’s supposed to be your home country and pressured to conform to its cultural expectations.

There’s the assumption that third culture kids are simply products of privilege and their search for an identity is a first world problem. But the case becomes more complicated when you put it in the Filipino context: many Filipino families strive to migrate to foreign countries in pursuit of better opportunities. Some migrate permanently while others return after a few years. Approximately 10 million Filipinos live and work abroad, according to the Commission of Filipinos Overseas.

The Filipino diaspora abroad is not as uniform as we may think. On one side, there are the communities that strive to uphold their heritage and pass it down to their children. On the other hand, there are instances of Filipinos who avoid teaching their children the culture or language in an effort to shield them from the economic hardships they experienced in the Philippines.

But Filipinos always find a way to return, and when they do, they exist in a strange limbo with each foot in another culture.

"The majority of third culture kids that I know are just trying to blend in," shared Rae Concepcion, a Filipino-American who was born and raised in the U.S. She added how there's a conscious effort on her part to reduce her "foreignness."

Comic artist Christopher Sum, a Filipino-Indian who grew up in the Middle-East, admits that he grew up with a vague sense of the Filipino identity and only discovered his “Filipino-ness” later in life.

Meanwhile, sports writer Nicole Ganglani comes from a third generation Indian immigrant family and shared, “It’s quite challenging for me to identify with the Indian culture. I was born and raised here. I may be Indian, but I’m technically a Filipino (as proven in my passport too).”

Growing up, most people don’t need to learn their own culture—it’s something that’s already ingrained in them. Both worldly and naïve, TCKs have a different story, one that requires them to trigger a postponed cultural awakening.

“I had to learn how to catch up with the Filipino culture so I wouldn’t feel ashamed,” said Melanie Chang, a Filipino-Chinese graphic designer who grew up in Kenya.

“I don’t relate or affiliate myself with Mainland China, but I respect their traditions and cultures because it’s still in my blood,” said Chang. “I would say that I have the viewpoint of a foreigner when it comes to Chinese culture, but I am aware of some traditions because of my dad. I still have much to learn."

As a result of their life stories, Filipino third culture kids have a unique way of forming their identities through a series of trials that generate pride and confusion. These are the individuals that researcher Erika Mae L. Valencia of University of Santo Tomas refers to as “Neo-Filipino.”

“Coming back and swimming through the different realities and parsing through hundreds of dialogues and conversations, I've come to a Filipinoness of my own that I can firmly ground myself in,” said Sum. “This is the Filipino culture I feel connected to: the one that's been breathed in and tasted, the one that I've struggled and assimilated with.”

Anne E. Dolman, an anthropologist from the University College of Utrecht, describes the case of TCKs best, defining it as “ever-changing.” In a sense, TCKs create their own “intercultural identity,” a compromise of cultures that views the world through their own unique third culture lens.

It’s a confusing reality, one that many are still trying to understand, but one thing is clear: Filipino third culture kids put a new definition on the notion that home is not a place—it’s people.

Raymund Marasigan, Buddy Zabala and the Rest of Cambio Reunite for One Night at All of the Noise 2019
All Photos
Comments
View As List