The Epidemic That We Can't Afford to Ignore 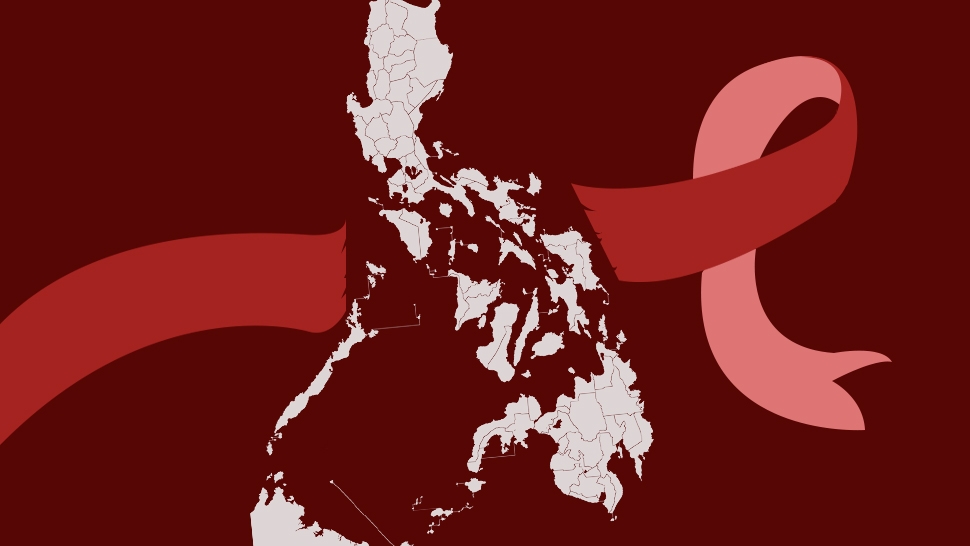 Data from the Department of Health showed that, as of August 2017, there were 46,985 persons living with HIV (PLHIV) in the Philippines. If the government does not adjust its current HIV preventions and treatment progs to address the complexities of the HIV epidemic in the Philippines, the number could triple to 142,000 by 2022. Time check: 2022 is only four years away.

HIV in the Philippines is a “youth epidemic." Seven out ten or about 68% of new HIV infections are among young men or transgender women who have sex with men are 15 to 24 years old. 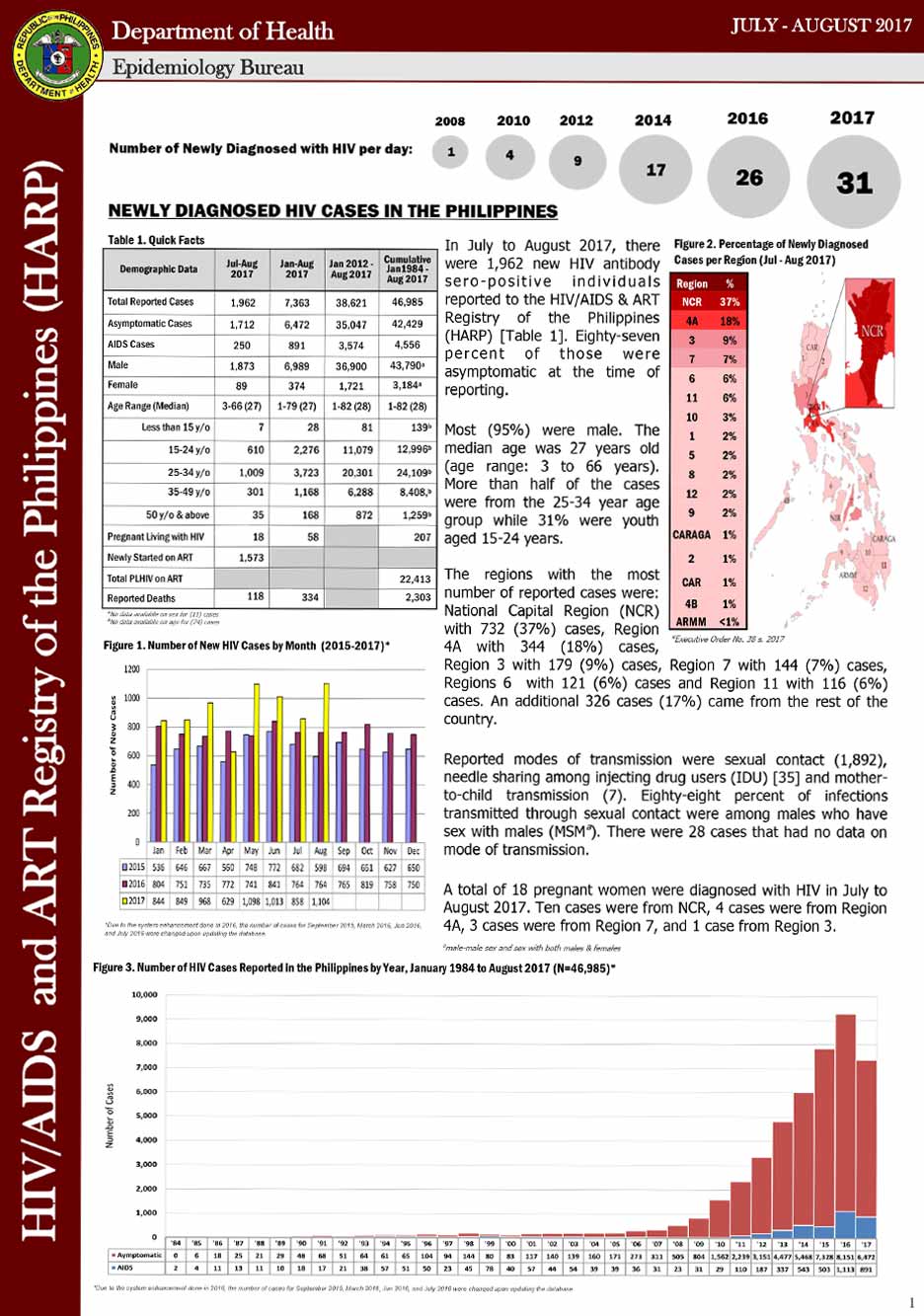 This is what the fastest growing HIV epidemic in the Asia Pacific region looks like.

An increasing number of pregnant women are being diagnosed as HIV+.  In 2012, there was one reported case of a pregnant woman diagnosed with HIV pers month. In 2016, this number grew to 5 cases per month. Most of these women were infected by their partner who engages in risky behavior like having multiple sex partners or sharing infected needles.

Follow the science, and it will be easy for you to remember that HIV is transmitted only in these ways: unprotected sex, sharing infected needles, and HIV+ pregnant mothers to their baby (through blood or breastmilk).

Globally, there has been so much scientific advancement in HIV. In many countries, the virus has plateaued to manageable levels or has gone down. That’s why new infections growing at an exponential rates like they are in the Philippines is a cause for alarm.

It is also calls for us to ask ourselves: what are we missing?

Well, in one word: prevention.

Condoms, the most basic of protections, continue to be inaccessible in many ways. Sex education on how to use them properly is non-existent. A nationwide information campaign to promote condoms as a health device (because that’s what it is) would have been a somewhat suitable replacement, but even that is absent.

So what do we need to do?

To get to that goal, there are certain things that each one of us can do.

1| Push for the amendment of the existing HIV and AIDS Prevention Law
The current HIV law, which was drafted in 1998, is clearly outdated and no longer relevant to the current times. Among the most glaring archaic provisions is the restriction of minors from getting an HIV test without parental consent. DOH data shows that most new infections are among 15-24 year olds.

The good news is that, yesterday, 04 December, Congress voted 188-0 and passed House Bill (HB) 6617, or the HIV and AIDS Policy Act passes on the third and final reading at the House of Representatives. We are one step closer to passing a new HIV law.

HB 6617 bill is very much similar to the Senate version (Senate Bill 1390) authored by Senator Risa Hontiveros. Both have provisions that strengthen confidentiality and lowers the age of HIV testing without parental consent to 15 years old. It bolsters confidentiality protections and outlines clearer guidelines on media reporting. It also has provisions that will give pregnant women the option to avail of an HIV test as part of her pre-natal exams. This will be crucial in early diagnosis of HIV among pregnant women and prevent mother to child transmission.

2| Get your words right

Update your HIV and AIDS lexicon with these terms:

PLHIV: Person Living with HIV It’s a long phrase but it is a deliberate choice of words that carry a significant weight. It is a reminder that, with early diagnosis and proper treatment, a person can live a long and normal life with HIV. It recognizes HIV for what it is: a chronic but manageable disease on the same level as other chronic but manageable diseases like diabetes. Most importantly, it carries the connotation that a person who is HIV+ should not be stigmatized, shamed or discriminated against.

Anti-retroviral treatment  This refers to the combination of antiretroviral (ARV) drugs that works to suppress the HIV virus and stop the progression of HIV disease. ART also prevents onward transmission of HIV. ART is free at the various treatment hubs nationwide. DOH data shows that only 32% of the estimated PLHIV are on life-saving antiretroviral treatment. There’s a huge opportunity there to save lives and prevent the spread of HIV just by getting more people on ART.

Vertical transmission of HIV This refers to the transmission from an HIV-infected mother to her child during pregnancy, labor and delivery, or breastfeeding through breast milk.

Downstream infection of HIV happens when the virus spreads to people who are not typically at risk for HIV, like women who do not engage in risky sexual behavior but may have partners who do. If infected, these women may become pregnant and possibly pass on the virus to their babies

UNAIDS released a list of terminology guidelines and language tips which discourage inflammatory words with derogatory connotations. Furthermore, if you want to know how to correctly frame language on LGBT issues, one very useful tool is the media reference guide developed by GLAAD, a US non-governmental media monitoring organization.

(I also wrote a piece about creating effective, accurate, and sensitive HIV awareness materials, for those who want to help spread the word.)

Check out Safely, a mobile-app developed by the Global Fund through Save the Children. Once a user is logged in, the application’s locator map directs him or her to the nearest testing sites and treatment hubs along with information on the services available, doctors or HIV nurses present, clinic hours and relevant fees. HIV testing and treatment is free in most, if not all, of these clinics. From the app, a user can directly contact their preferred clinics and set appointments for confidential HIV or STI testing and treatment.

The app's website also contains videos and blogs with information on HIV, STI and AIDS in the Philippines. 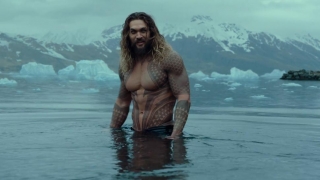